japanese designer kunihiko morinaga showcases an 8-bit interpretation of the range of women’s fashion, from dresses and professional suits to athletic styles and sweatshirts, in the pixel-patterned fall/winter 2011/2012 collection of his fashion company anrealage. the line debuted during japan fashion week.

primarily composed of colourful square blocks of diverse fabrics, the clothing can appear relatively conventional from a distance, but at closer range its unusual pattern is revealed. a line of shoes composed of similar materials, including pumps that feature a blocky, cubic heel, fills out the collection. during the fashion show, models also donned coloured translucent eyewear and accessories composed of individual squares and cubes, while a pianist echoed the theme with live music reminiscent of early video games. 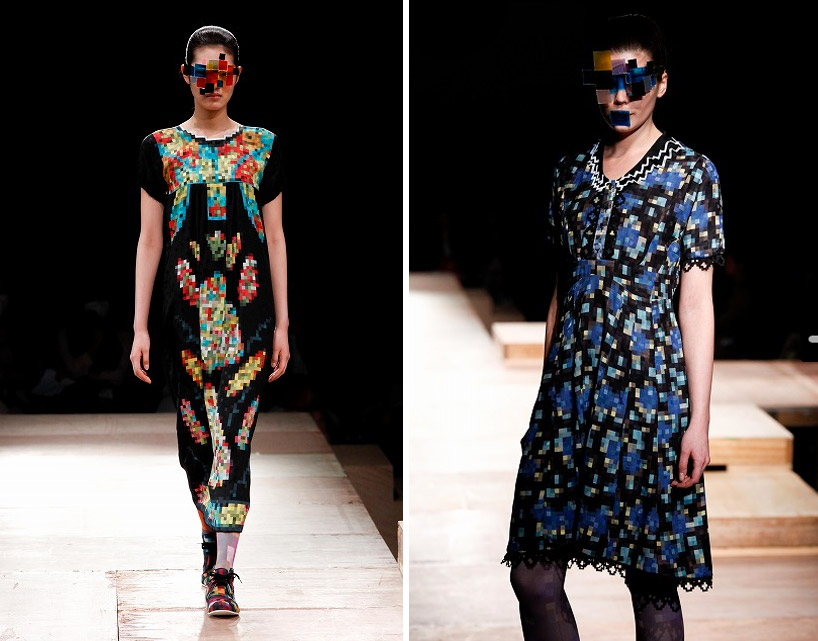 at the tokyo fashion event, morinaga also exhibited the anrealage spring/summer collection, in which models wore plastic inflatables to distort their forms. 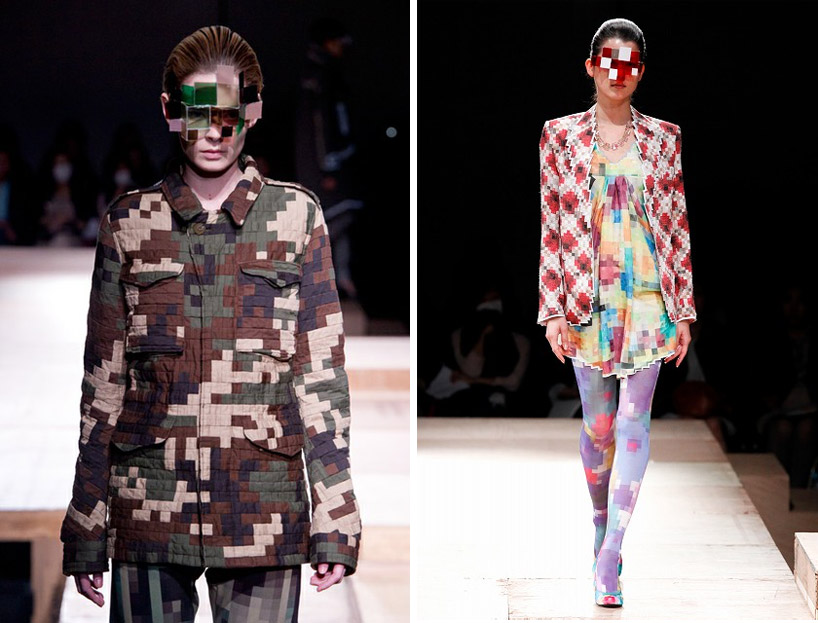 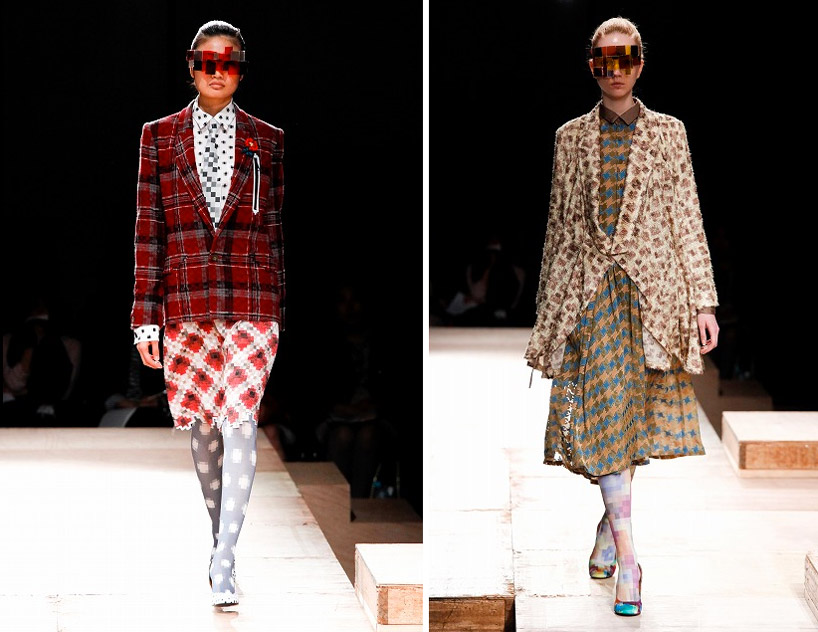 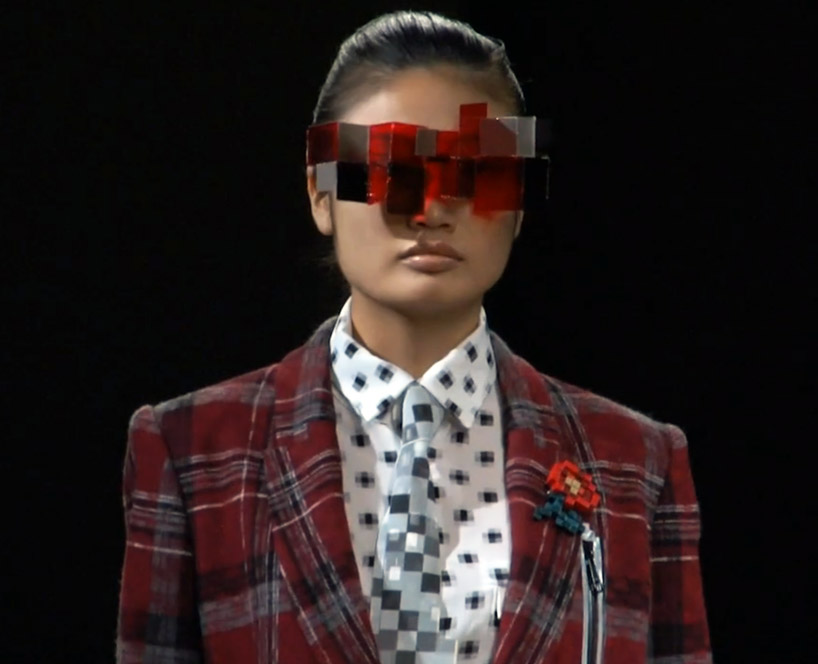 closer view of jacket and accessories 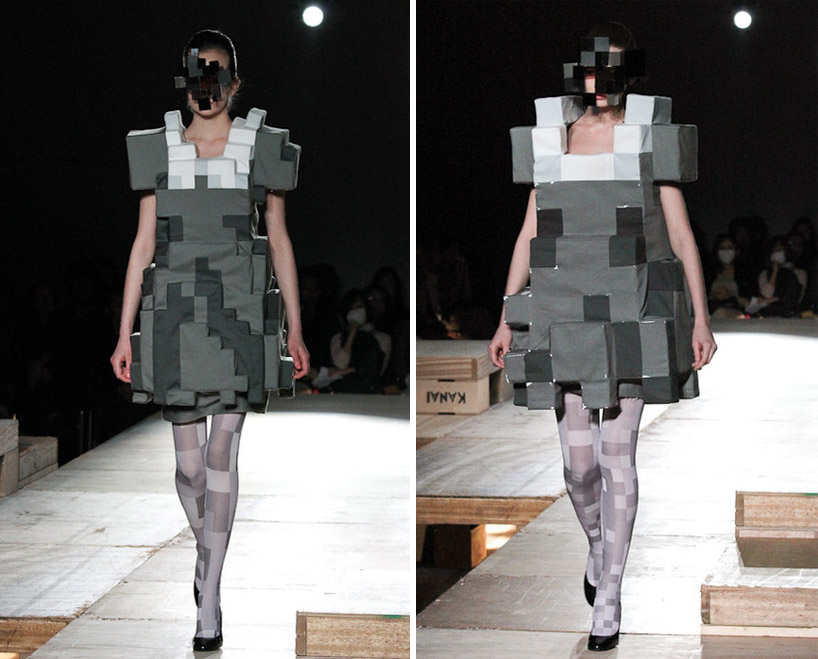 a sculptural pixelated dress showcases the concept of the collection 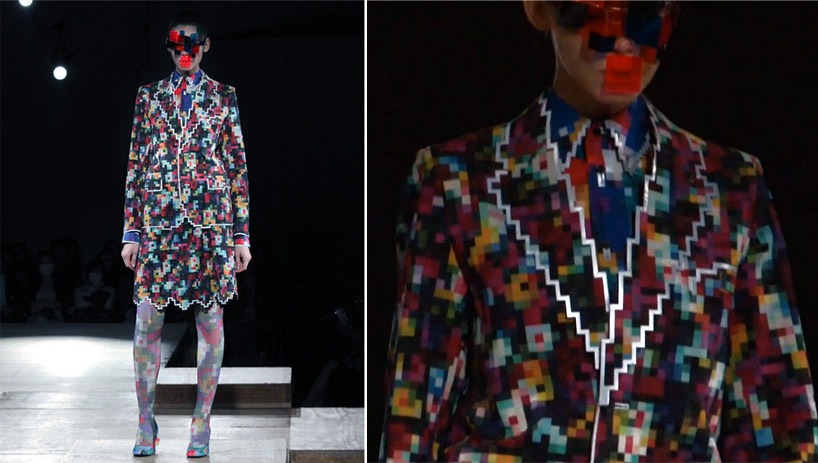 full and detail views of a pixel-patterned glossy jacket 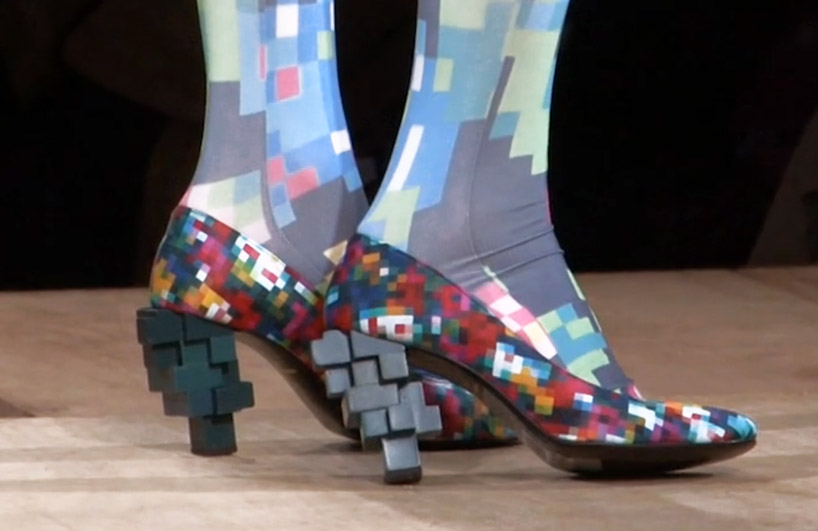 full view of a pair of ‘low pixel print pumps’ 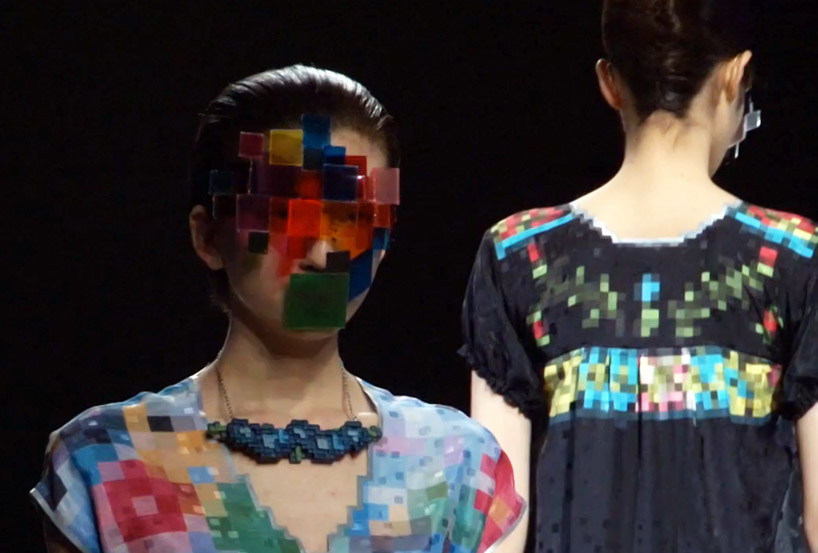 in addition to the clothing pieces, the models donned pixel-patterned jewelry, tights, shoes, and accessories 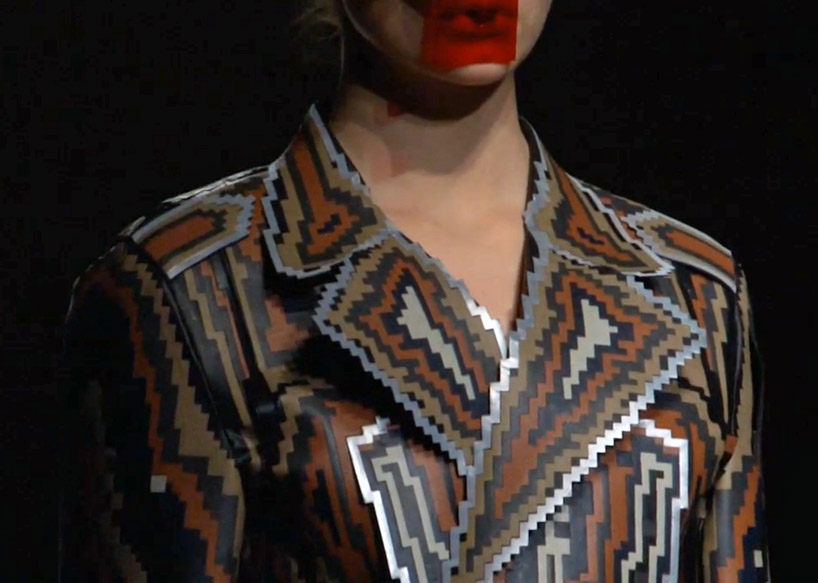 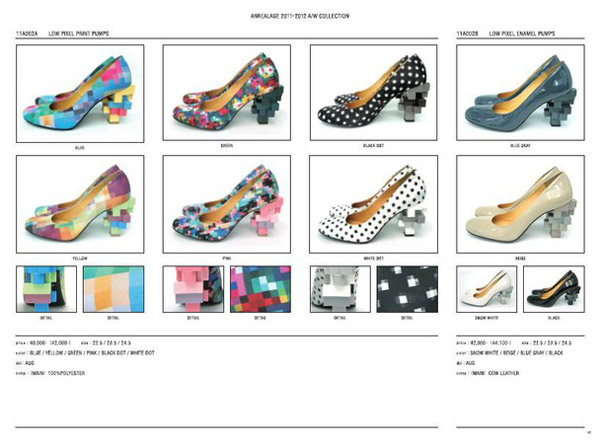 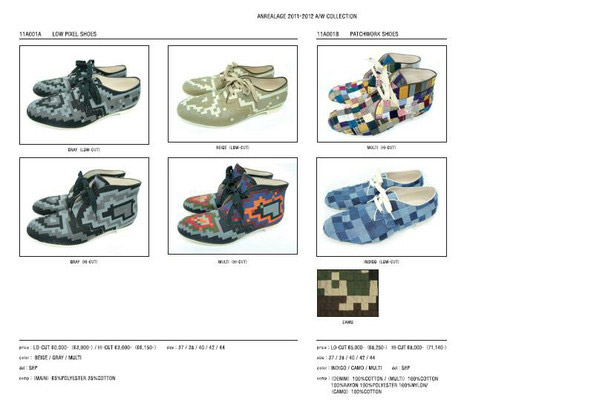 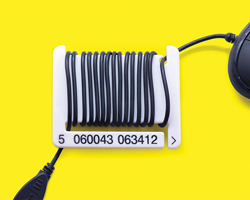 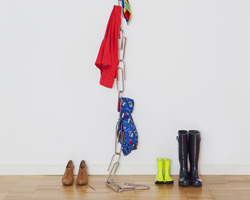 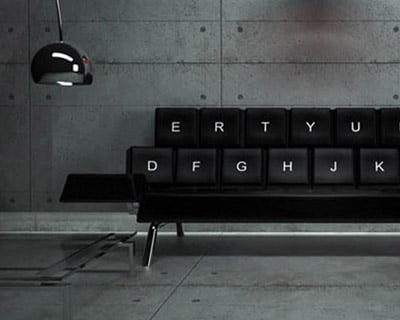 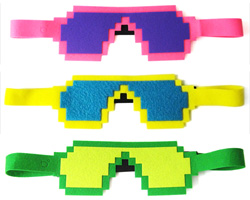