converting an old house the vibrant neighborhood, lagoa rodrigo de freitas, in rio de janeiro, brazilian studio PKB arquitetura in collaboration with vital have transformed the structure into the rioow hostel. wanting to translate the ‘carioca way of life’ into the design, one of the main elements is the reinterpretation of the muxarabi, a traditional form of latticework that dates back to colonial times. both the façade and the bunk beds are encased by these semi-transparent panels, helping to give the guests more privacy. the 1500 piece tensioned mylar net protects the windows and blue portuguese tiles on the exterior. the interior spaces and furniture were based on brazilian modernism, with objects sourced from local vintage markets or artisans, resulting in an eclectic mix of traditional and kitsch elements. the floor of the social and communal areas was crafted using an ancient technique of pressing cement tiles, involving the architects in both the construction and production side of the project. an LED lit ceiling features in the lounge and a world map of 6000 metal bolts, so each visitor can point out their point of origin or destination. 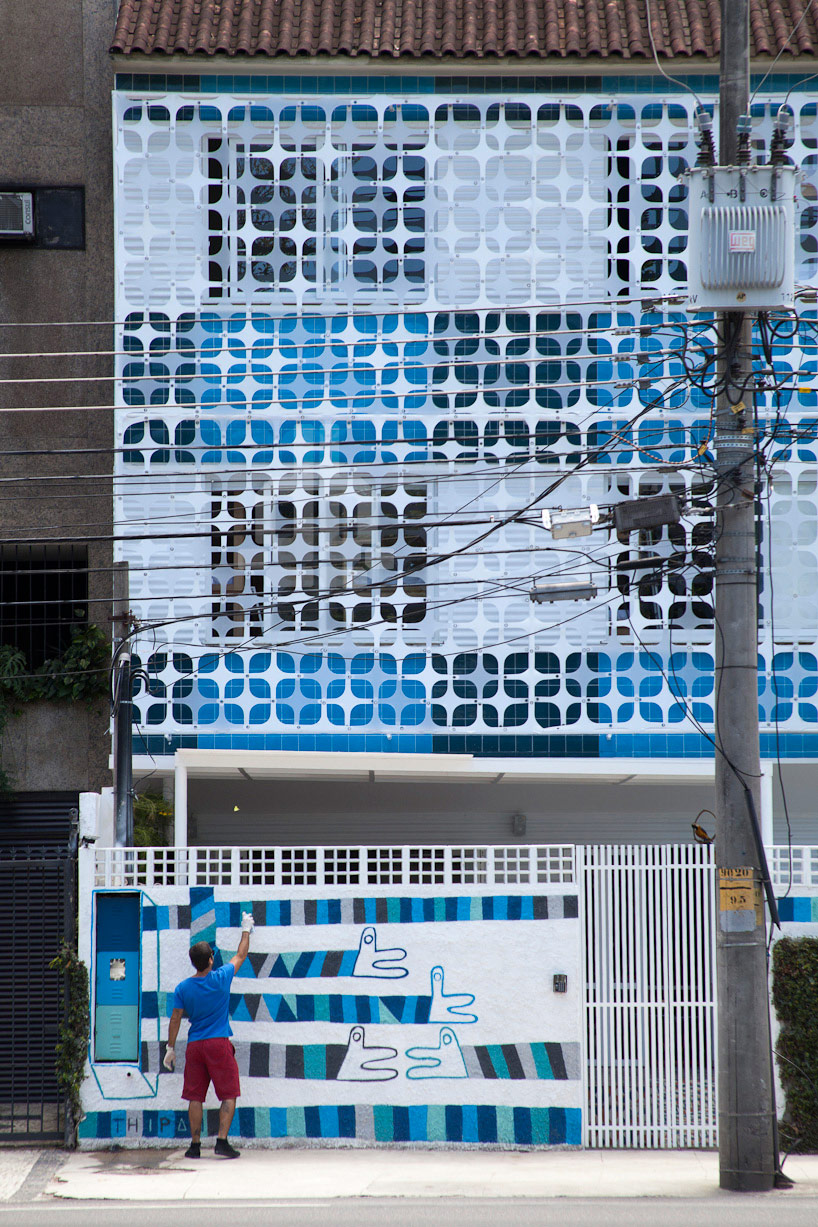 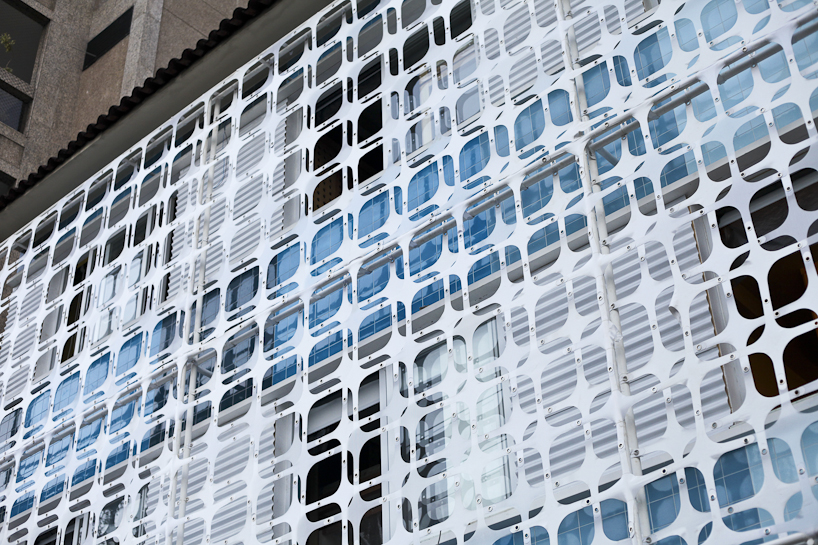 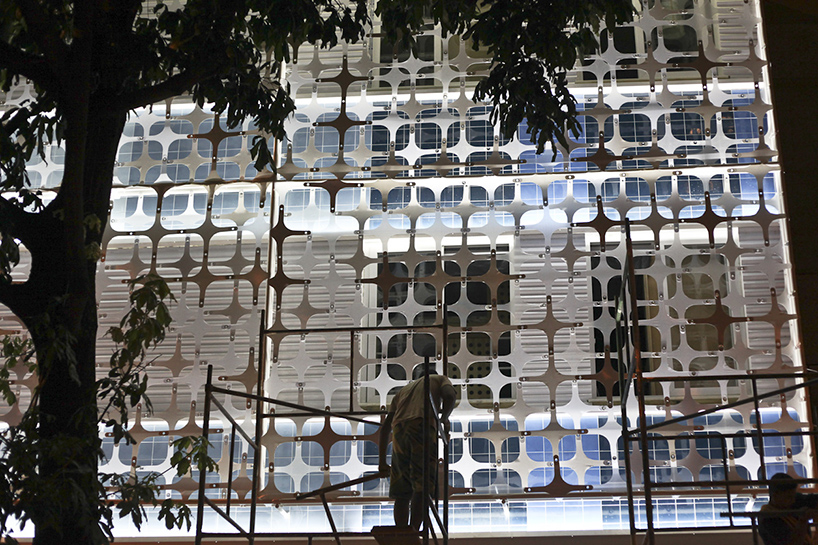 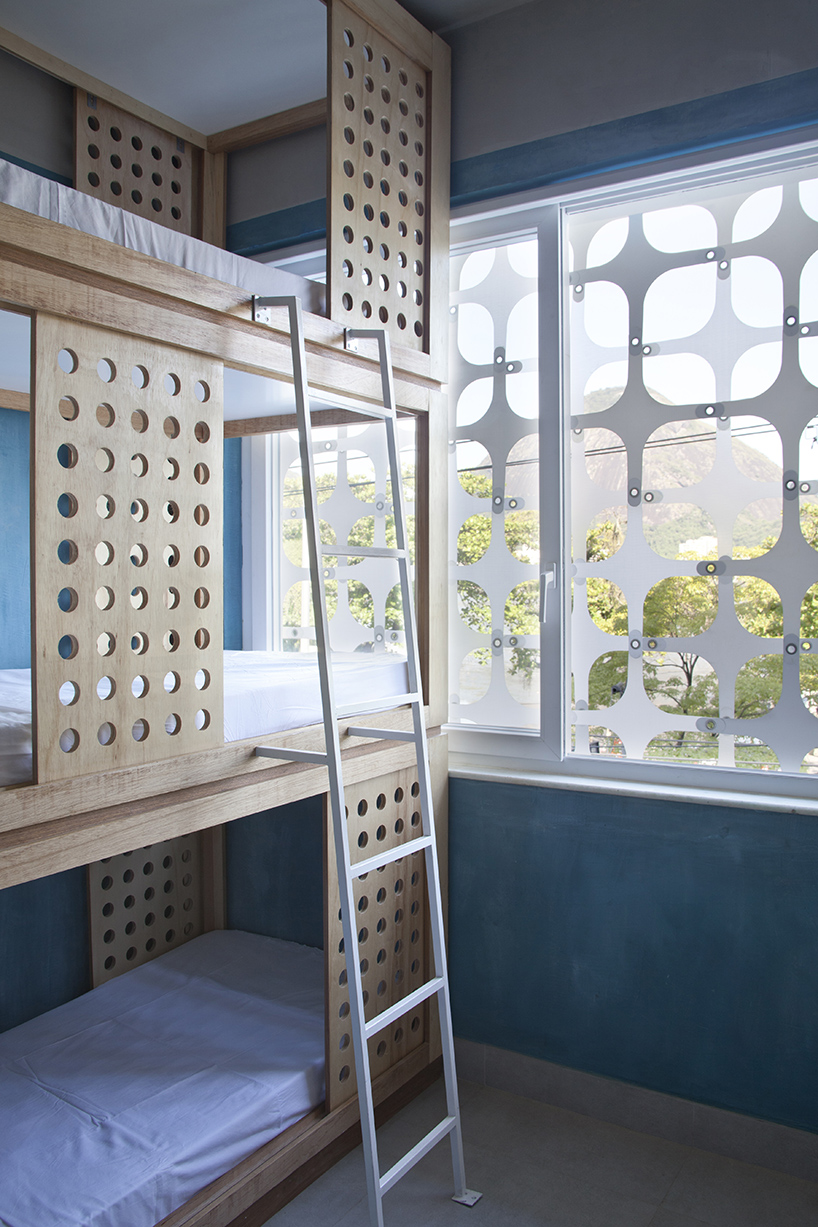 view of the bunk beds 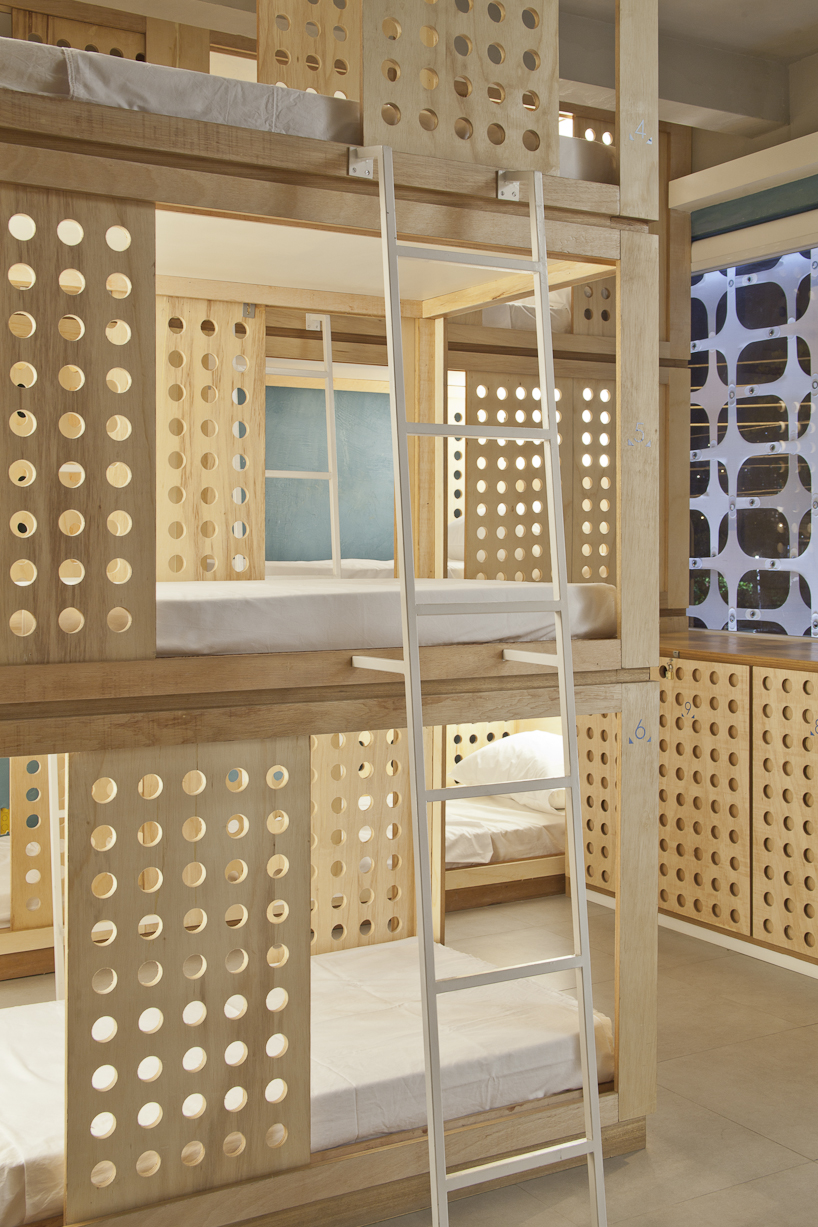 the rooms illuminated at night 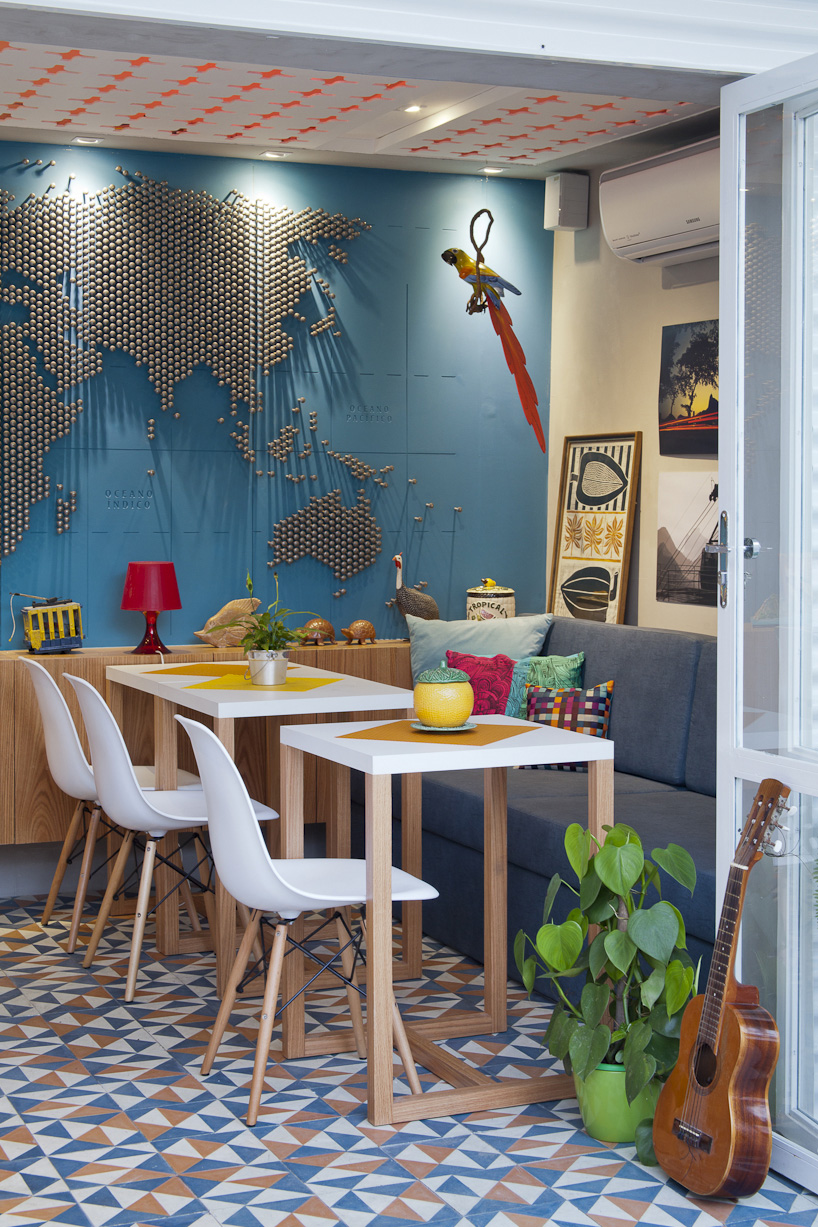 the interior spaces and furniture was influenced by brazilian modernism 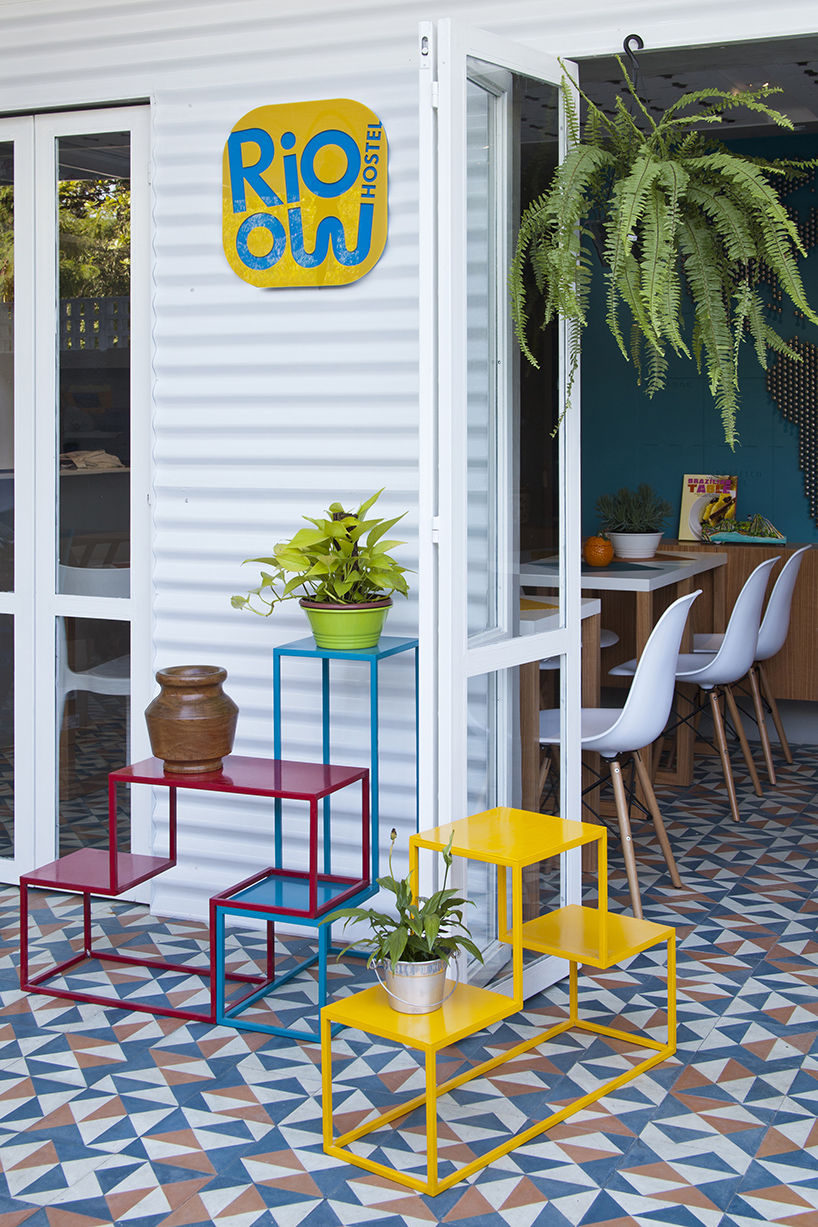 the reception and lounge area 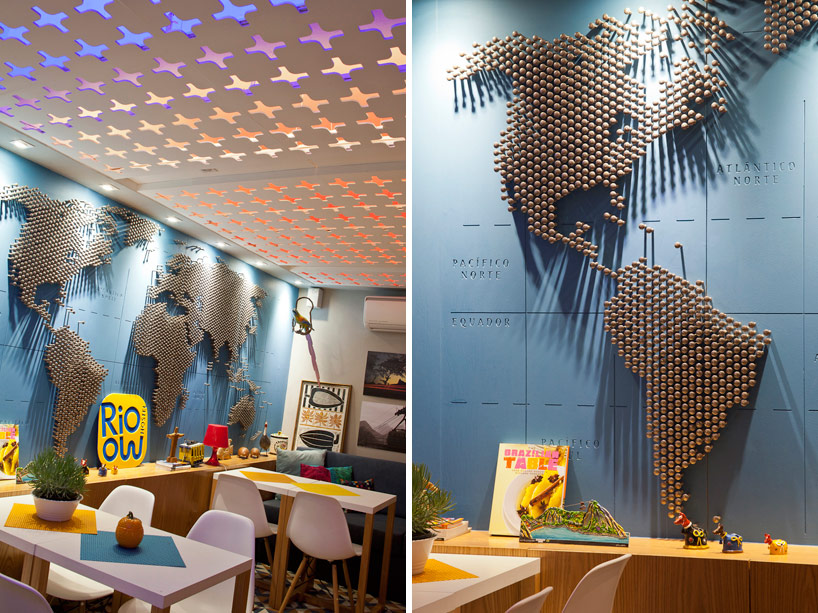 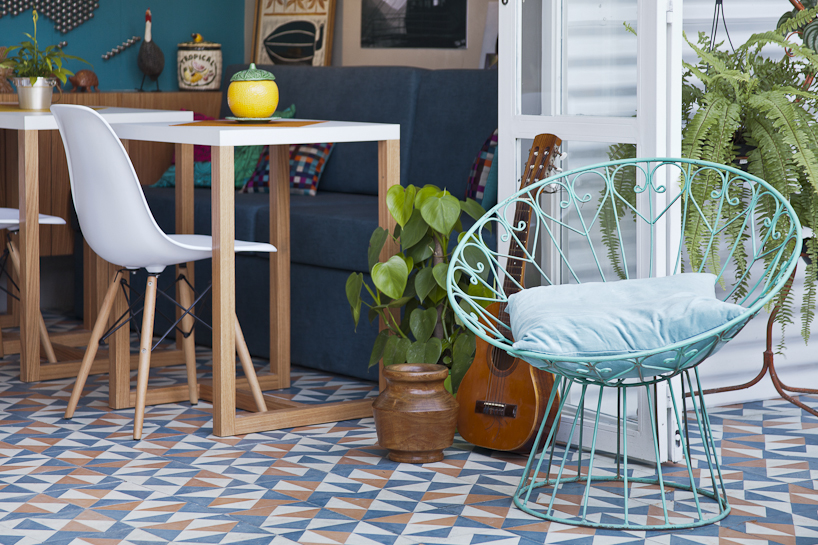 the relaxed atmosphere of ‘rioow hostel’