the boat made from 12, 500 recycled plastic PET bottles was the brainchild of british adventuer david de rothschild – founder of adventure ecology. ‘plastiki’ began her adventure nearly four years ago after taking inspiration from a report issued by UNEP (united nations environment programme) called ‘ecosystems and biodiversity in deep waters and high seas’ and thor heyerdahl’s epic 1947 expedition, the kon-tiki. david de rothschild and his five member crew sailed from sydney to san francisco hoping to raise awareness about the amount of plastic floating in the world’s oceans. 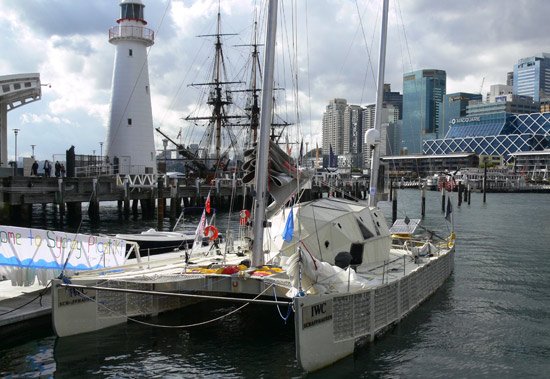 adventure ecology commissioned company exploration architecture to design the vessel. it is engineered almost entirely from the 12,500 reclaimed plastic bottles that provide 68% of the boat’s buoyancy. a recyclable plastic material made from srPET makes up the super structure and the mast is made with a reclaimed aluminum irrigation pipe. the one-of-a-kind sail is hand-made from recycled PET cloth and the secondary bonding is reinforced using a newly developed organic glue made from cashew nuts and sugar cane. 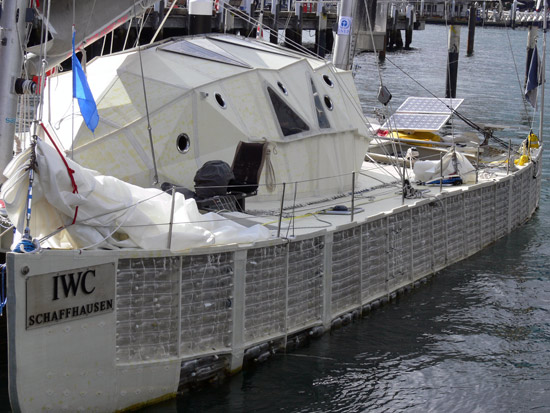 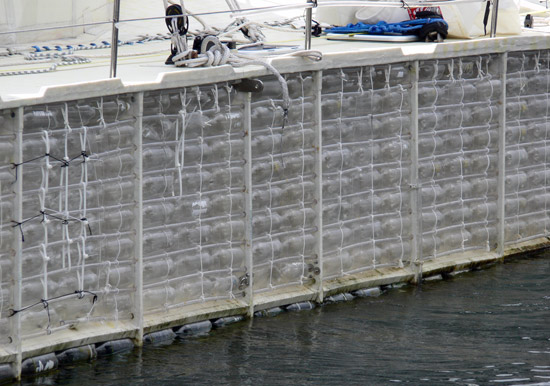 the plastic bottles attached to the catamaran image © designboom 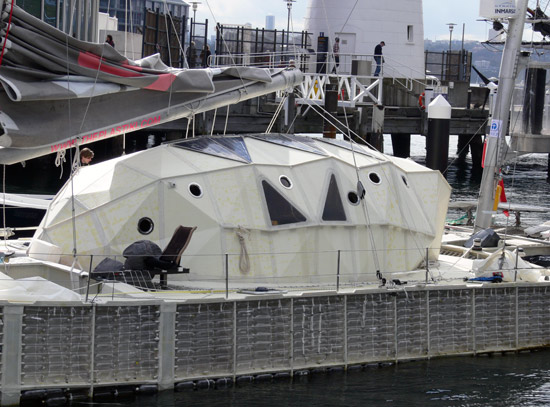 the plastiki is ‘off-the-grid’ relying primarily on renewable energy systems to function including: solar panels, wind turbines, trailing sea turbines, bicycle generators, a vacuum water evaporator for desalination, a urine-to-water recovery system and rain water catchment, a separating toilet and waste storage with evaporative technology for weight reduction, hydroponic vertical garden and an electrical system based around a bank of six 12 volt batteries. 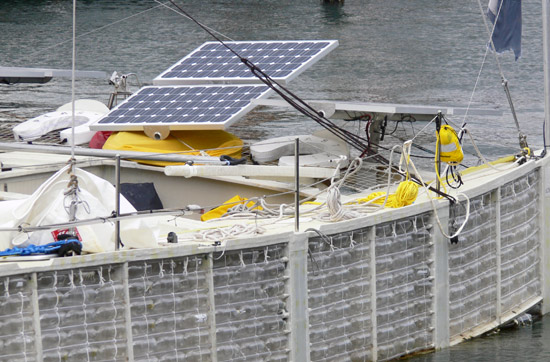 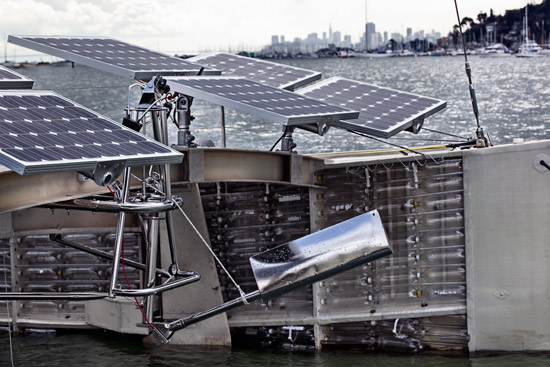 the boat’s overall design and sail plan only permits it to sail with the wind just forward of her beam – she is a down-wind vessel. in keeping with the design ethos there are no centreboards so the boat sometimes goes sideways, as well as forward. 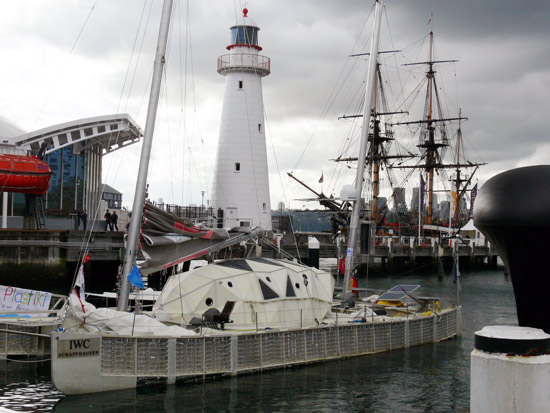 plastiki will be on display in front of the maritime museum, sydney for a month. 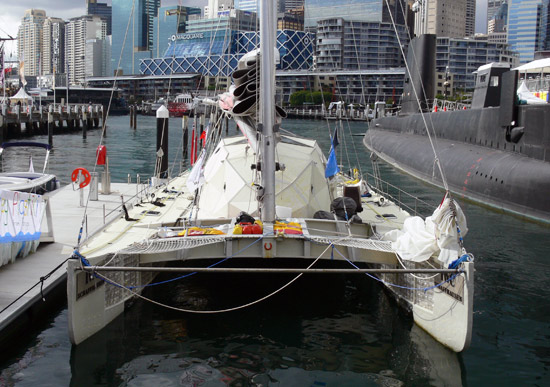 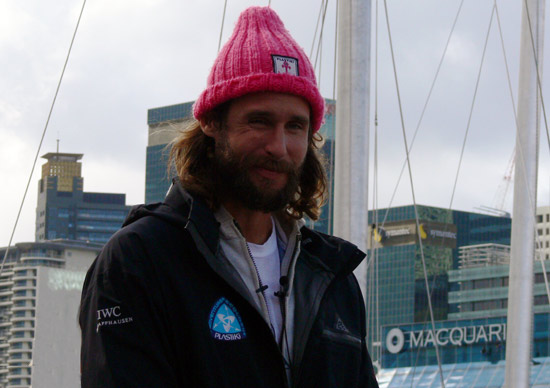 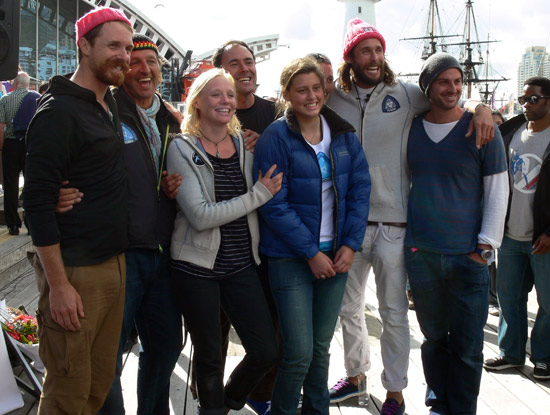 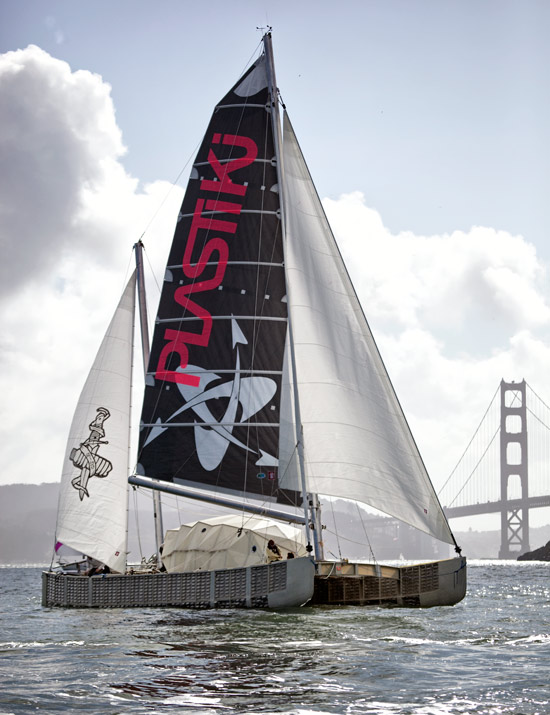 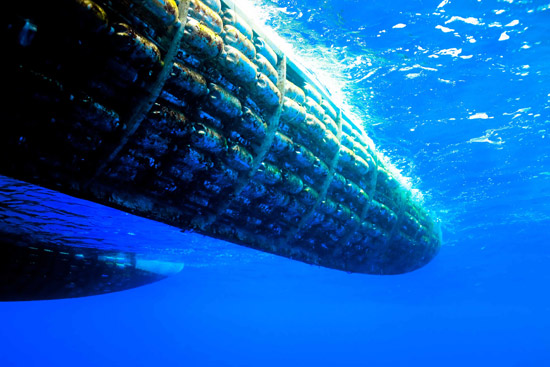 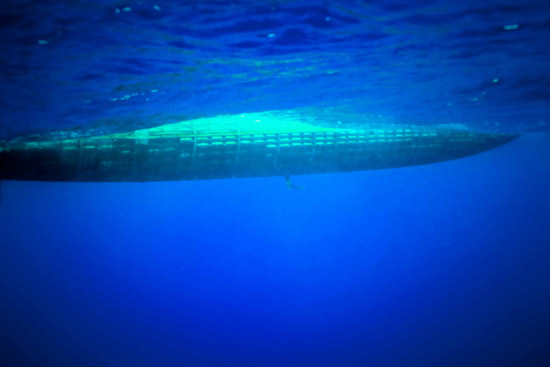 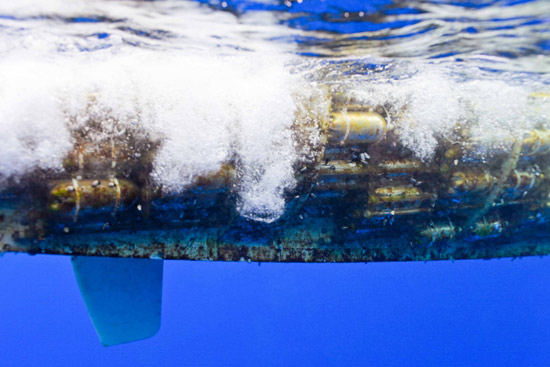 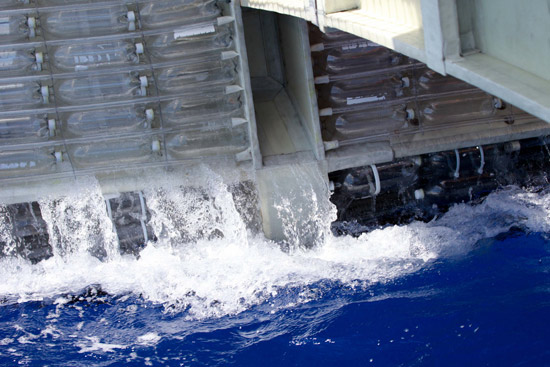 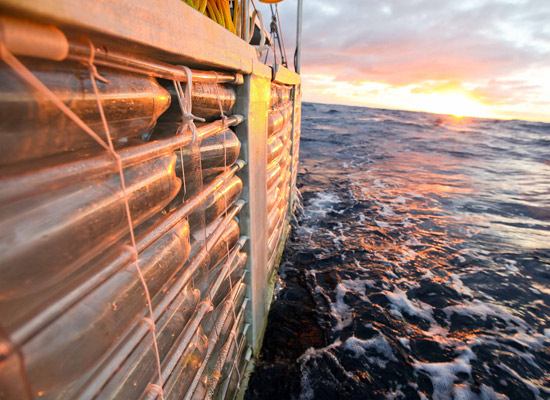 detail of the plastic bottles