the musée des arts décoratifs, paris presents a retrospective exhibition of the work of czech designer libuše niklová (1934-1981) who was well-known in her home country for creating toys and small figurines.

the exhibition opens with a rare set of small figures and animals, painted by hand, often accompanied by a whistle. these objects were created between the mid-1950s and mid-1960s for gumotex břeclav where nikova worked. it was the period after world war II, when wood became an expensive material to use, so the advent of plastic toys emerged. this first series, originally made from rubber was then produced in PVC. it was during this time in which niklova simplified the shapes and silhouettes of her characters. 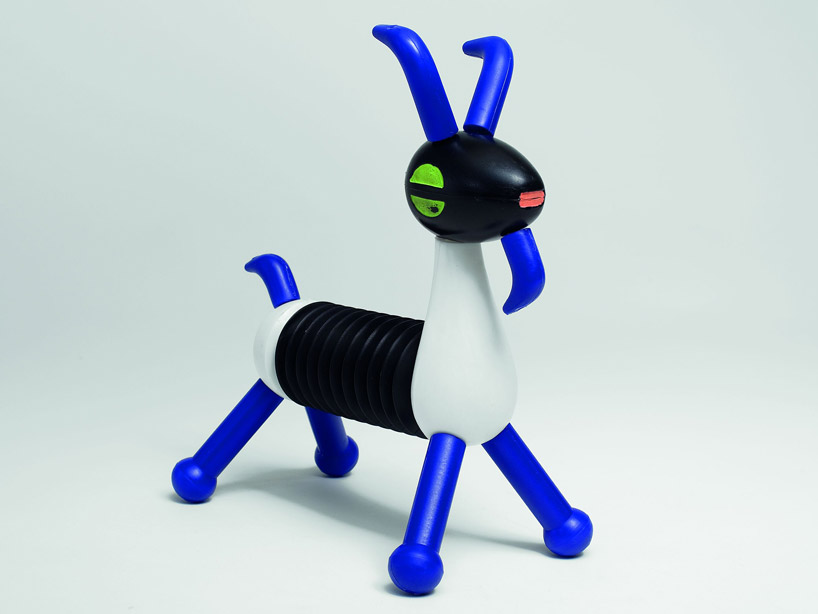 niklova is well known and associated with the firm napajedla fatra where she created a series of pieces that needed to be assembled by the owner or inflatable PVC toys. she created figurines and animals that exhibit gentle, simplified forms, including a series of figures that embody various professions including an astronaut, chimney sweeper and doctor. through her work, she utilized contrasting colors and optical effects to develop cheerful, lively subjects. 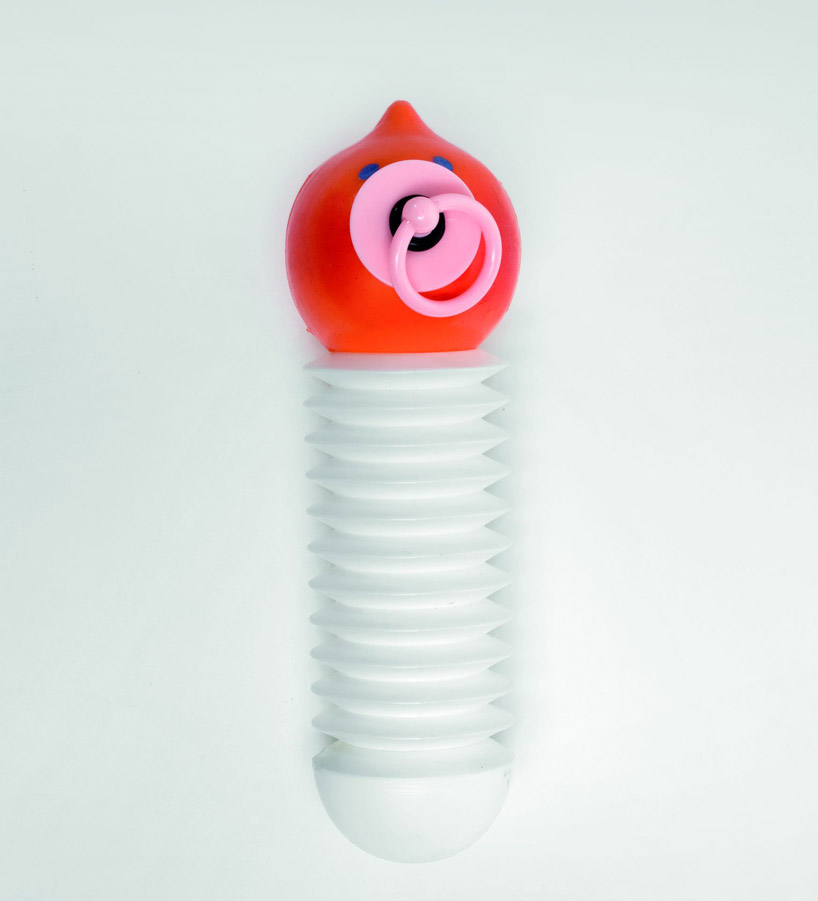 in 1963, she had the idea of using flexible pleated piping to develop a small series of animals and infants that utilize the trunk hose for their bodies. the result are her ‘accordion’ toys which encompass a cat, dog, goat and lion that can be taken apart and reassembled like a construction game. use of the flexible discharge pipe, emits a sound when pressed, further proving the importance of play in the artist’s work. 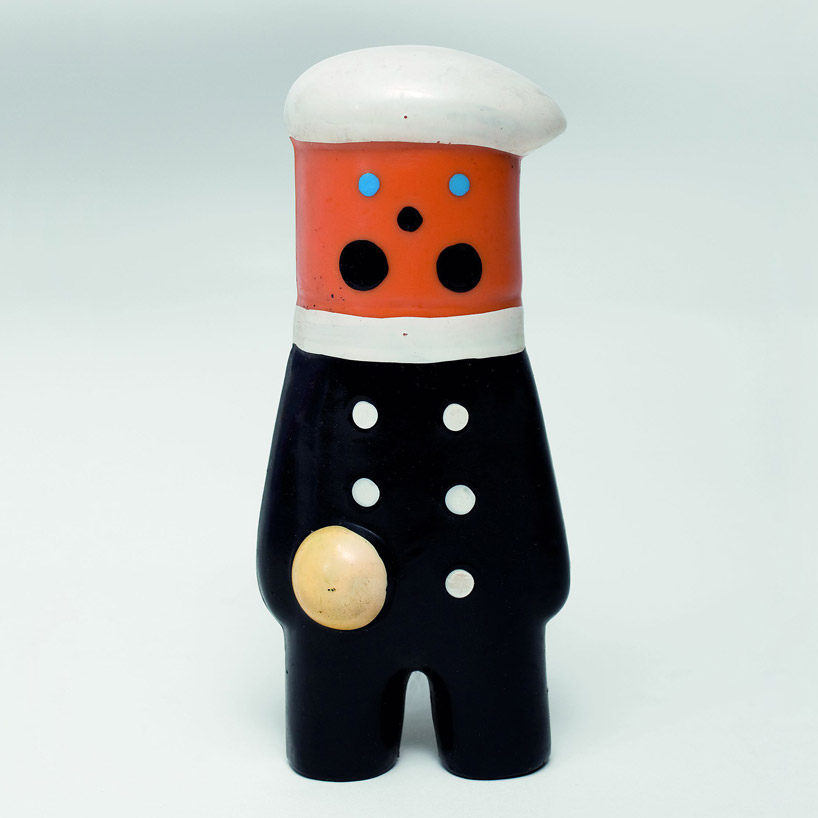 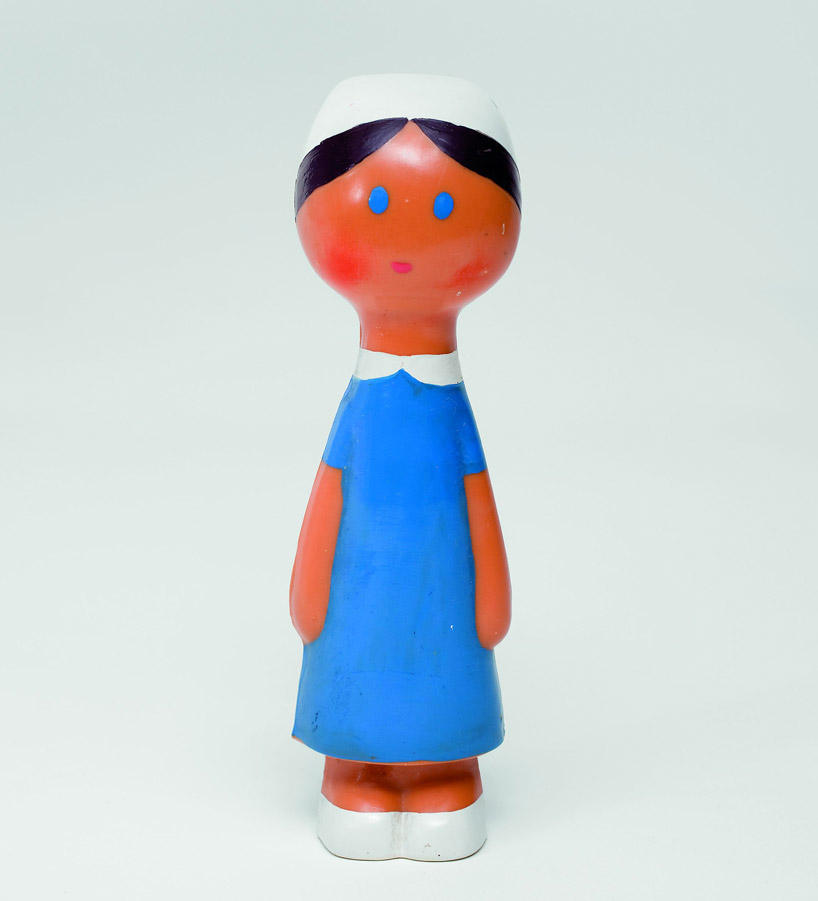 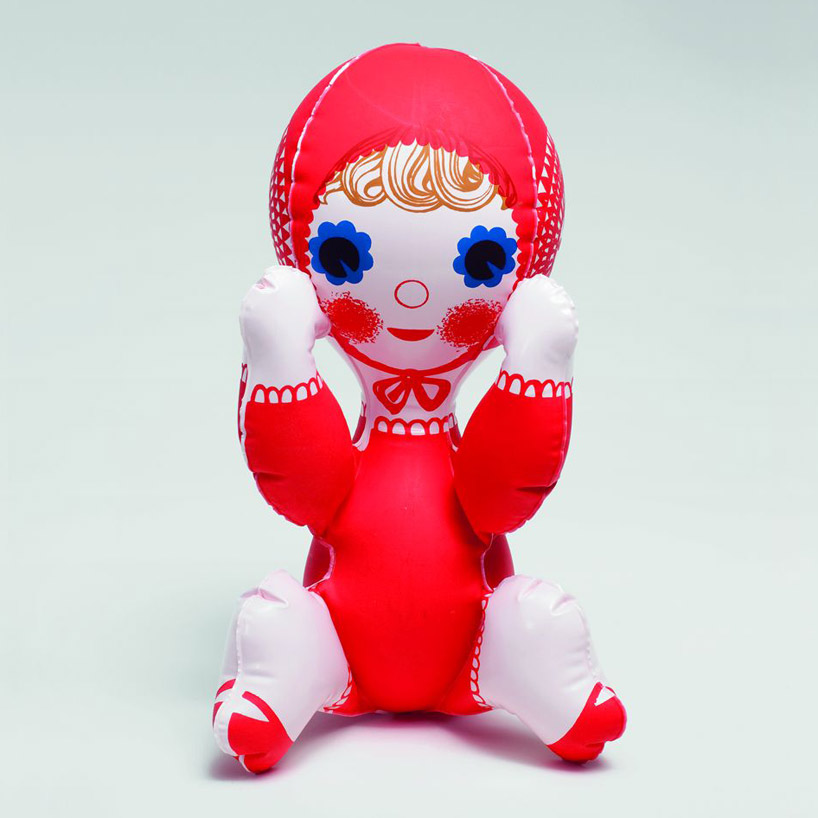