in promotion of their upcoming free queso day coined ‘quesopalooza’, popular american food chain moe’s southwest grill has created a short spot that sees a giant tortilla chip become a playable electric guitar. ‘we started talking about how cool it would be to create an actual guitar out of chips,’ moe’s creative director brandon friedman tells adweek. ‘then we said, what if it could actually play? and finally, we felt like we needed to give it that extra rock touch by smashing it, which gave us the perfect transition to promote the queso and the event.’

atlanta props was asked to build a real chip instrument using ordinary dough, attaching working guitar parts to the crunchy, triangular shape. after strumming the strings and playing a short tune, the ‘musician’ (actually one of the expert prop builders) executes a perfect rockstar move and smashes the instrument onto his amplifier, exploding the chip pieces into a scattered shower of tiny tortilla bites. 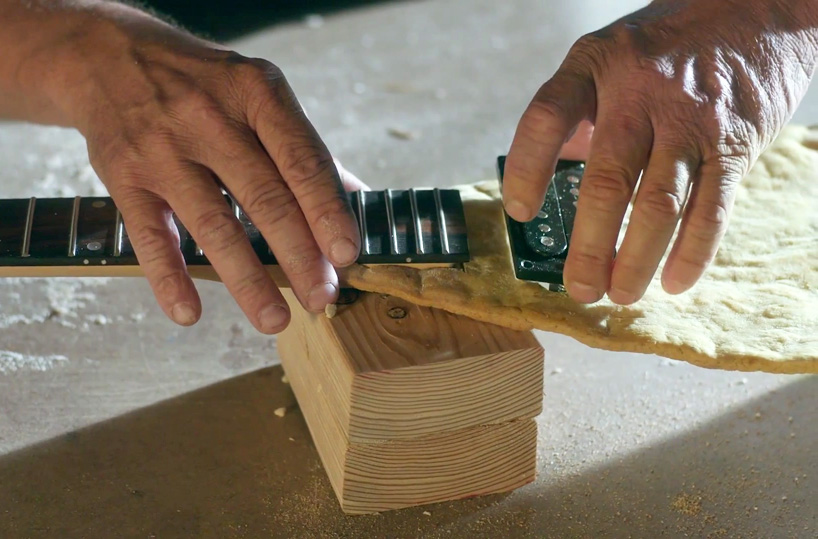 the guitar builder adds the finishing details to the tortilla guitar 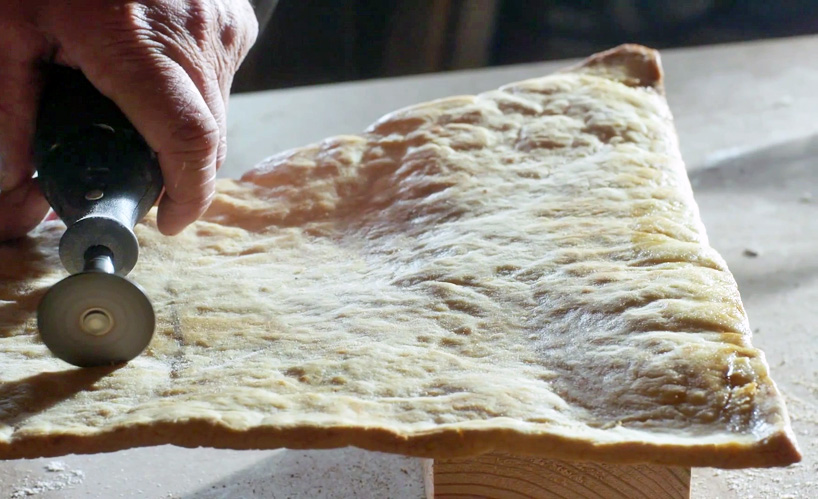 sanding down the surface of the giant chip 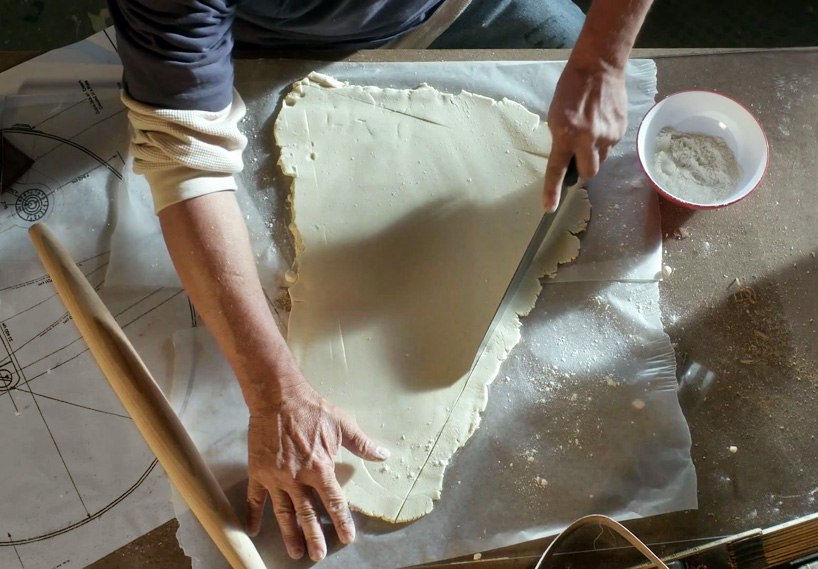 the chip guitar has been cleverly crafted using ordinary dough 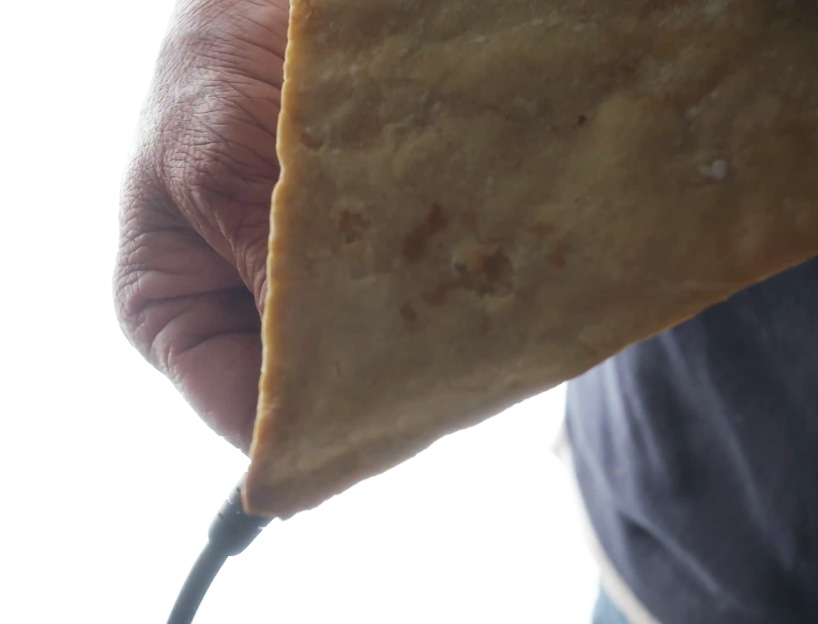 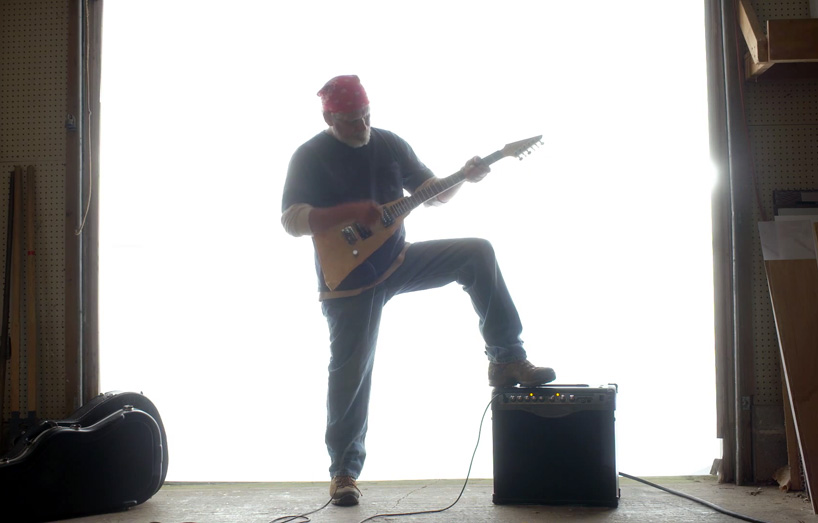 playing the electric tortilla chip guitar in the garage