pone architecture’s experiential pavilion presented for guangzhou design week is a study on new ways to integrate architecture into urban environments and unusual spaces. titled ‘transparent shell’, the installation comprises 30 main bone models and three groups of large curves, which are built by multiple layers of woven transparent film. these undulating layers take on an organic and sinuous form, creating a variety of functional spaces, such as an entrance, wall, ceiling, window, desktop and seating area. visitors are to interact with these zones and imagine the meaning of different ‘shell’ functions, thus forming a site with ‘flexible and functional ideas’. 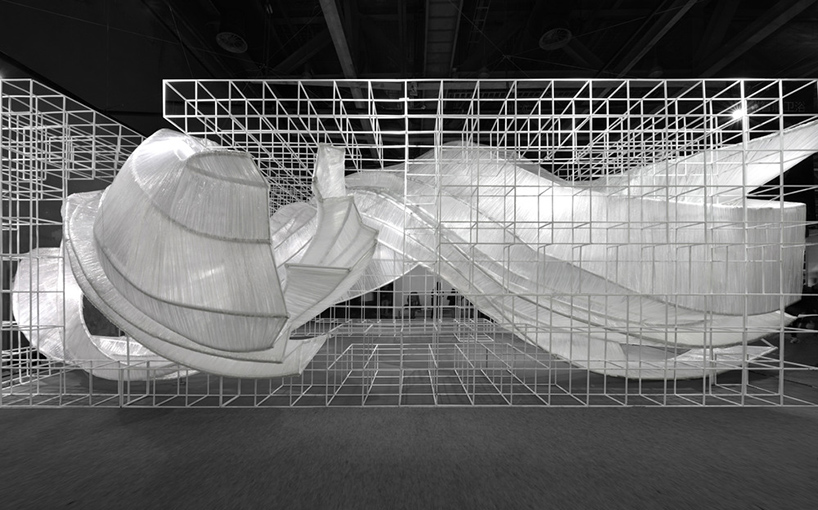 the main body of ‘transparent shell’ comprises metal frames and curved steel, which vary in undulation, irregularity and direction. after the skeleton was assembled, the transparent films were used to link the entire interface together. the whole weaving process mimics silkworms spinning cocoons. rather than calling it a ‘construction process’, pone architecture describes the pavilion as a display of ‘behavioral art’. penetrated by light, the semi-translucent texture generates a changing interplay of light and shadow, creating an intensity-varying and uncertain environment. ‘transparent shell’ has been awarded gold at the 2016 AAP american architecture prize, and was an A’ design award 2016 interior space and exhibition design winner — read more on designboom here. 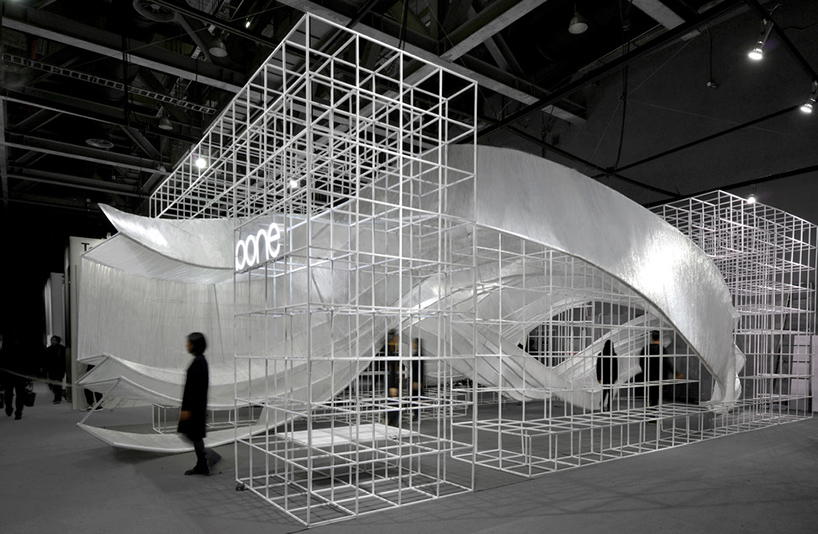 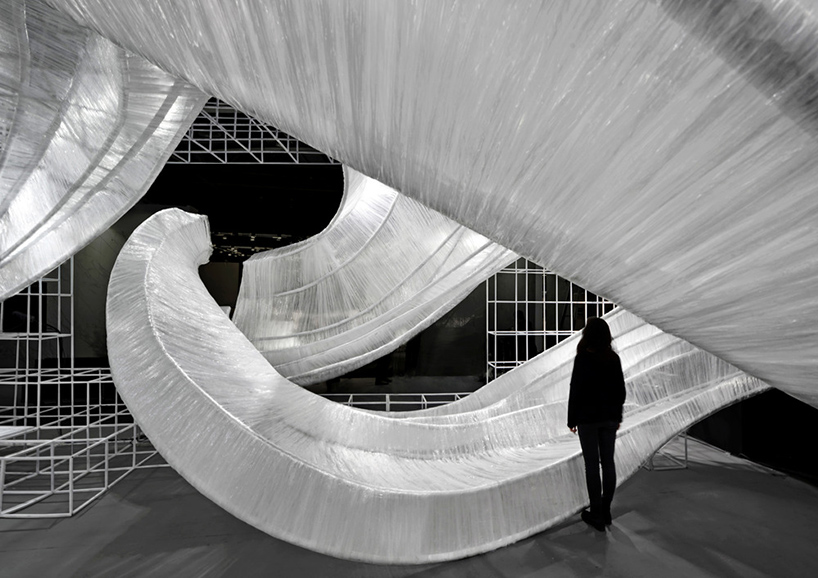 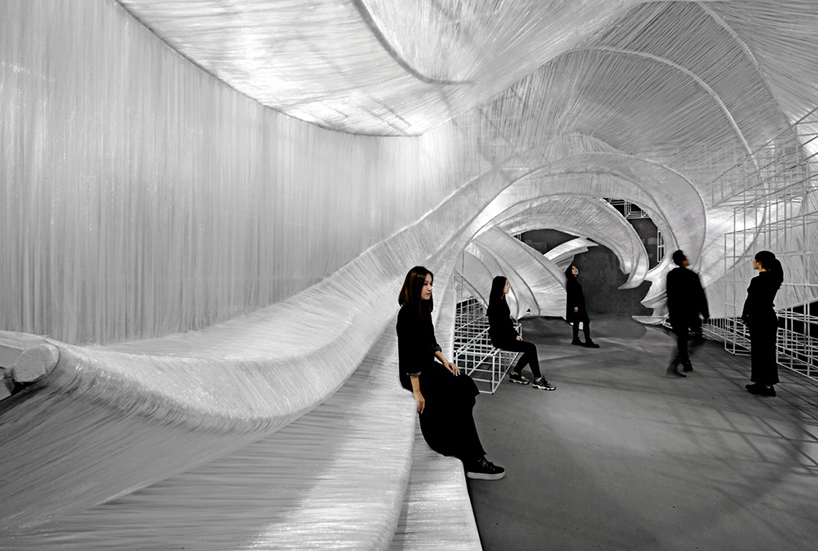 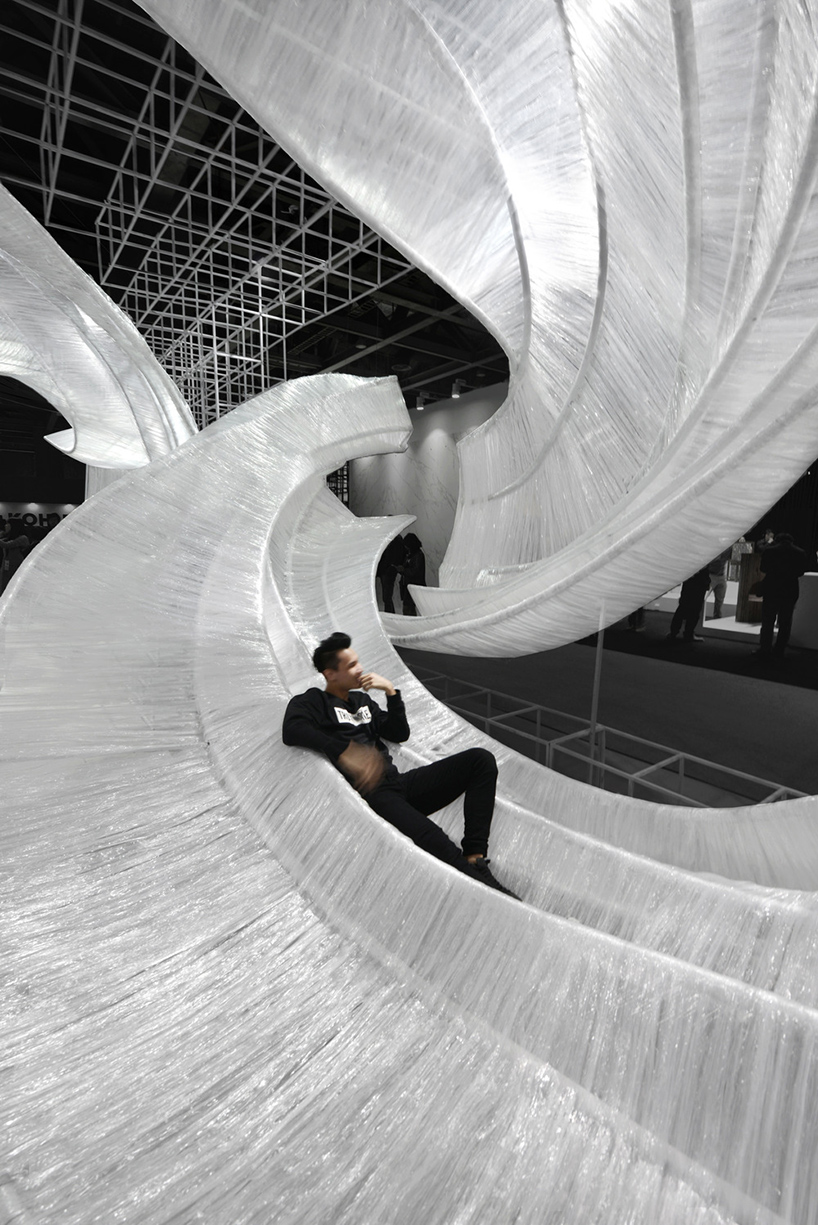 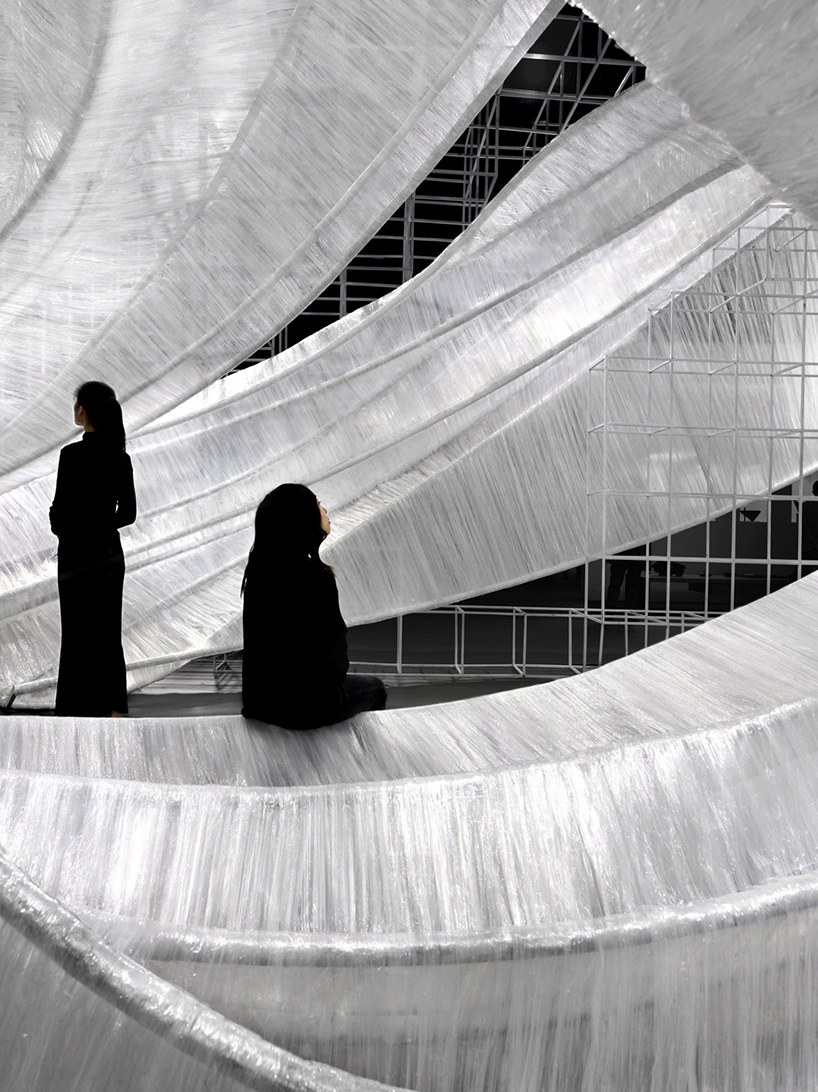 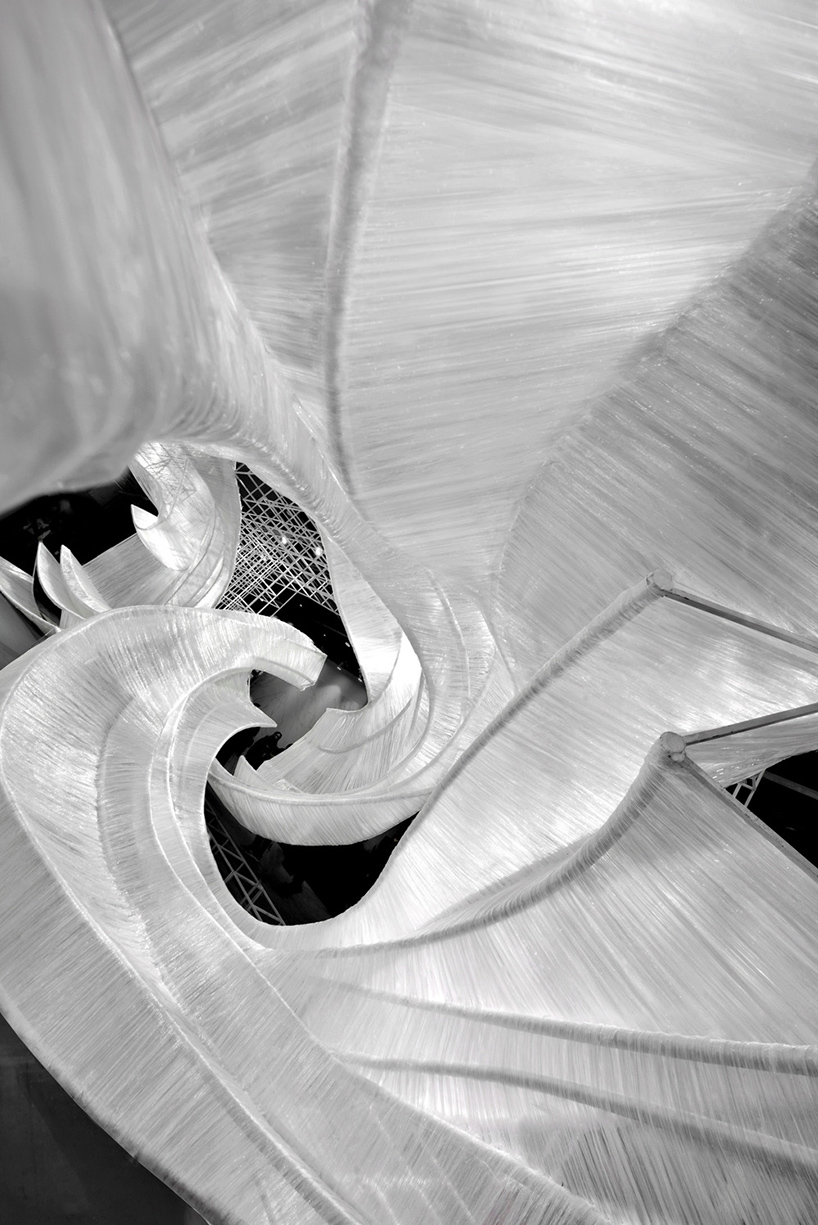 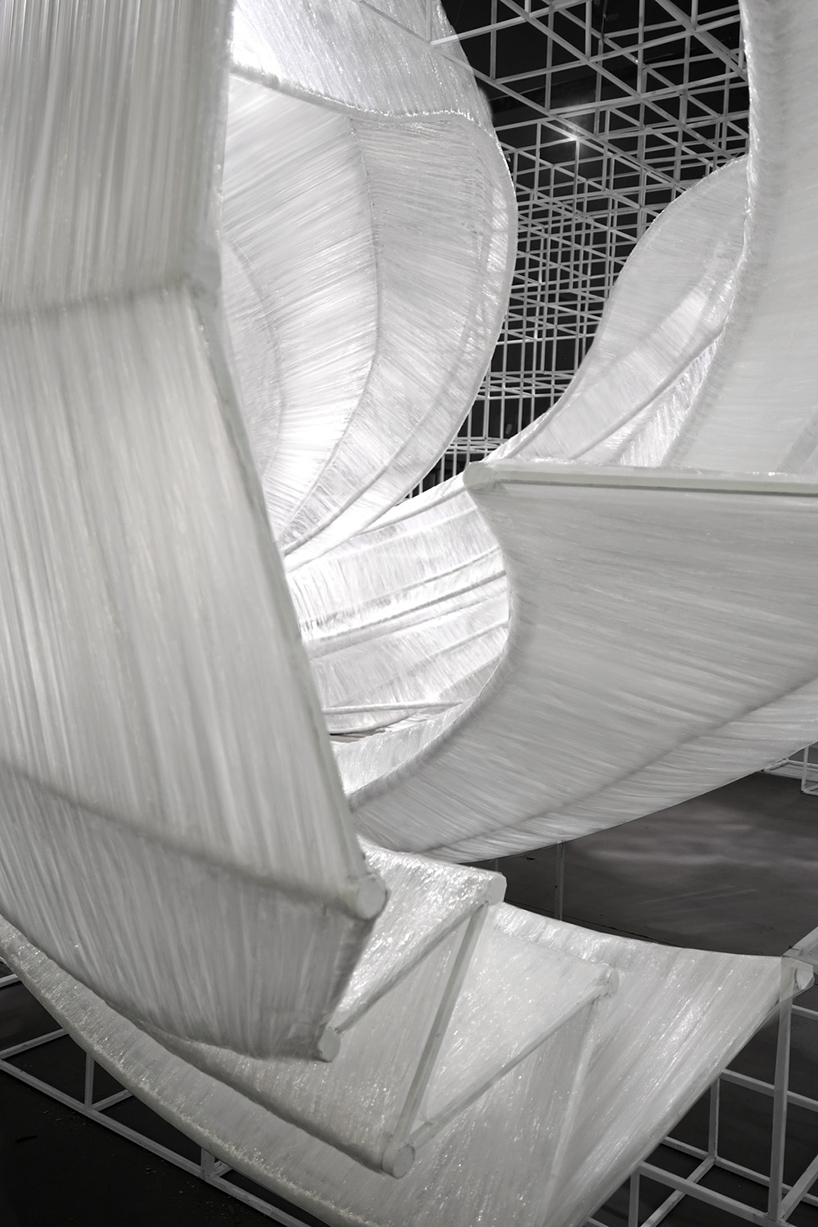 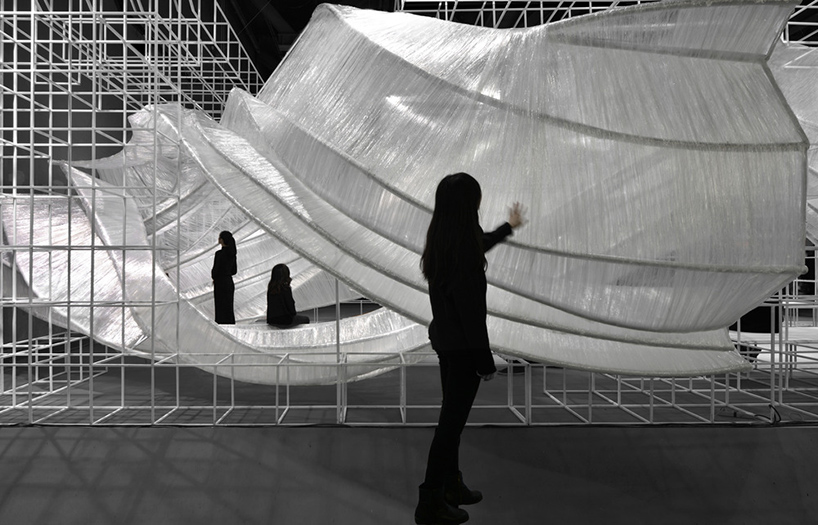 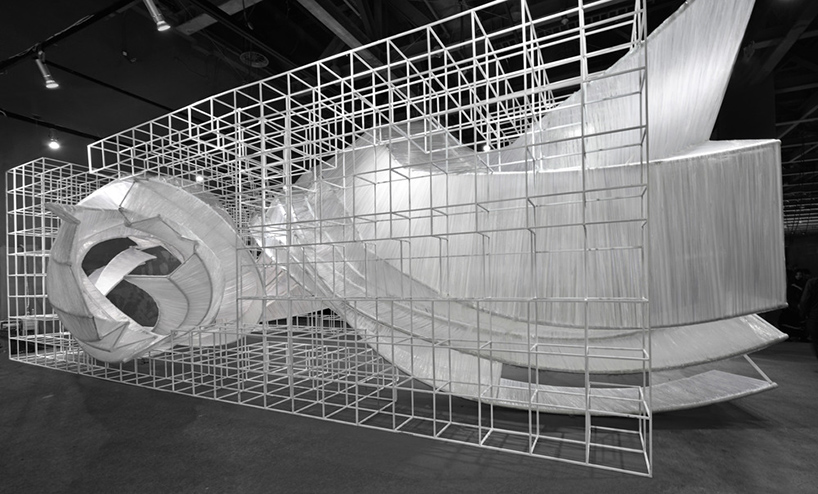