back in 1939, the ‘highways and horizon’s’ pavilion by general motors at the new york world’s fair impressed visitors with its visions of the future. created by norman bel geddes (the man who designed the future), the futurama exhibition foretold the communities and transportation systems of 1960, many of which became a reality. these glimpses into the future included inventions that, at the time, seemed like magic: glass that bends; the frig-o-therm that cooks and freezes at the same time; and a talking flashlight transmitting speech over a light beam. sharing the spotlight with these visions was the pontiac ghost car — the first fully-sized transparent car ever made in america. 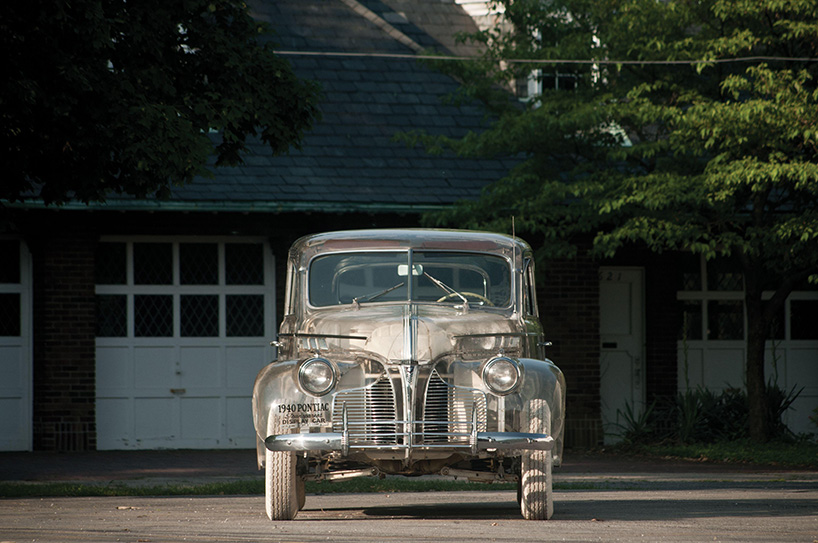 ‘a transparent motorcar, the first ever constructed in the united states, is the most striking of the fisher body division exhibits at the GM highways and horizons building at the new york world’s fair,’ stated the original 1939 press release. ‘created to show the rigid interior bracing and other features complete with windows that can be raised and lowered, doors that can be opened and closed. the only material lacking being the insulation normally applied to the inner surface working with a new material, a synthetic crystal-clear plastic.’ 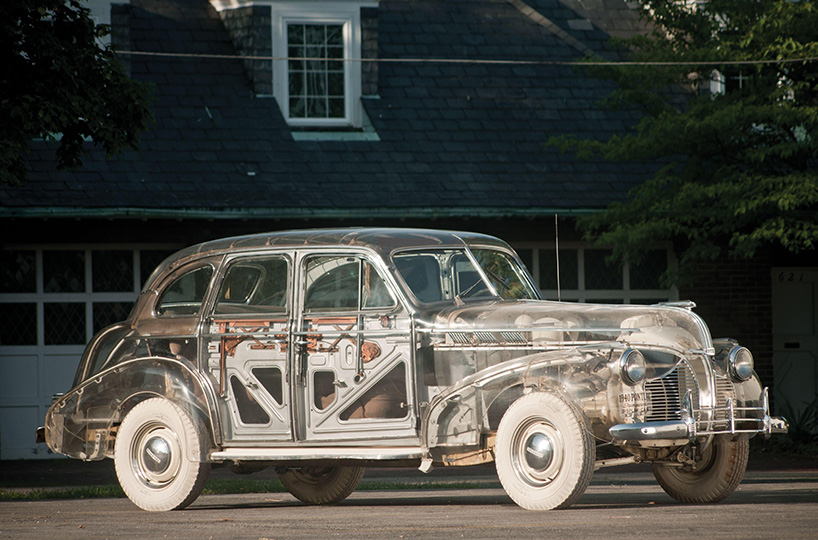 known as the pontiac ghost car, the transparent automobile was constructed based on the de luxe six four-door touring pontiac sedan. the show car was built by general motors in partnership with rohm and hass — the chemical company that created the plexiglass — and had a total construction cost of $25,000. in the model, the plexiglass created an exact replica that replaced the outer sheet metal. to give it a cleaner look, the structural metal underneath featured a copper wash and all the hardware was chrome plated. the tires and the rubber moldings were all made in white, adding to the sterile aesthetics. 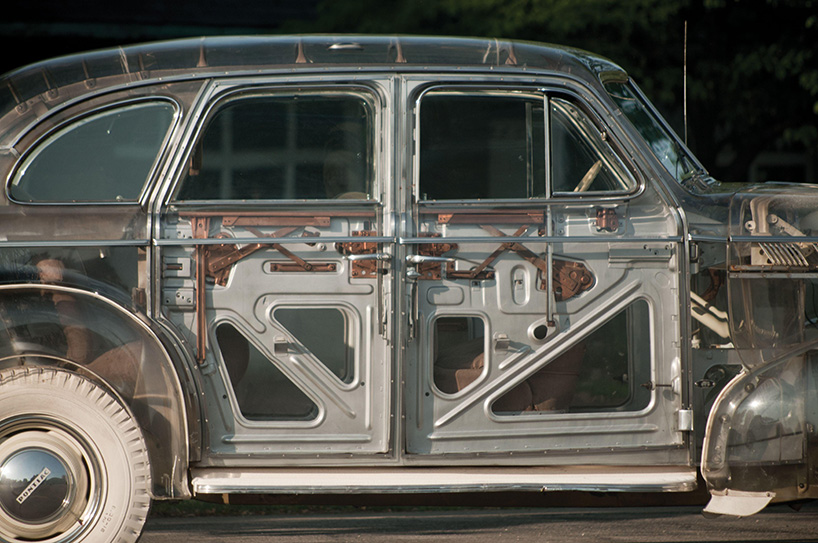 a second model was constructed for the 1940 golden gate exposition display. after, both show cars traveled to different pontiac dealerships in the united states where they were displayed — the 1939 vehicle was loaned to the smithsonian institution during WWII and it was then auctioned in 2011 for $308,000. the cars were shown in many promotions and were often seen in magazines. overall the cars were made to showcase everything that goes behind the production of a car, specially in a time were the automotive industry was thriving. in an official release, pontiac motor division stated, ‘it shows at a glance the hidden value built into pontiac cars.’ 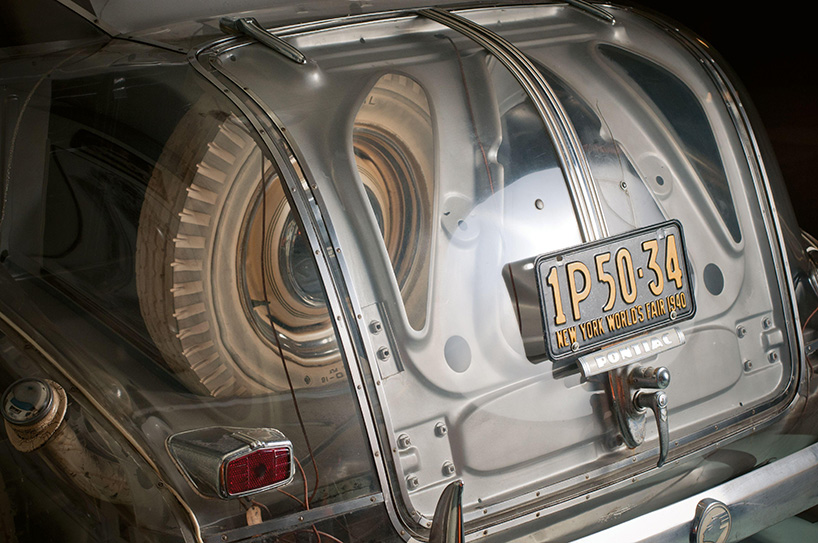 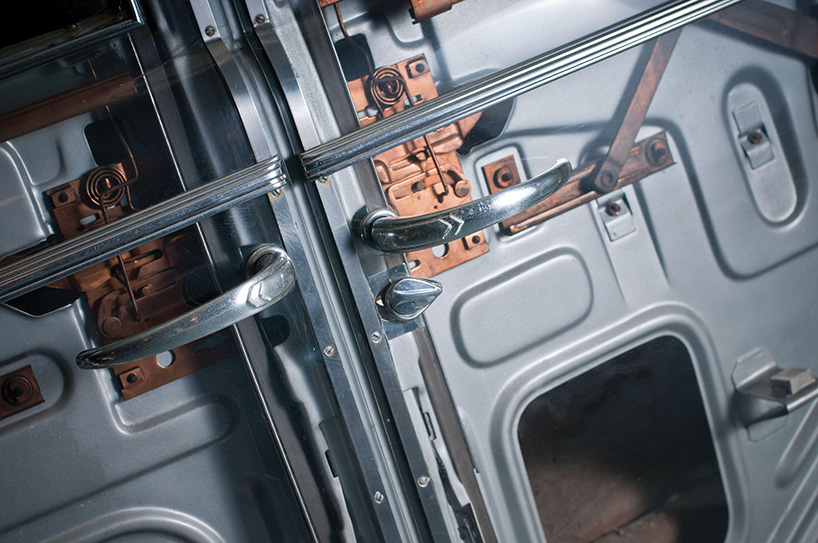 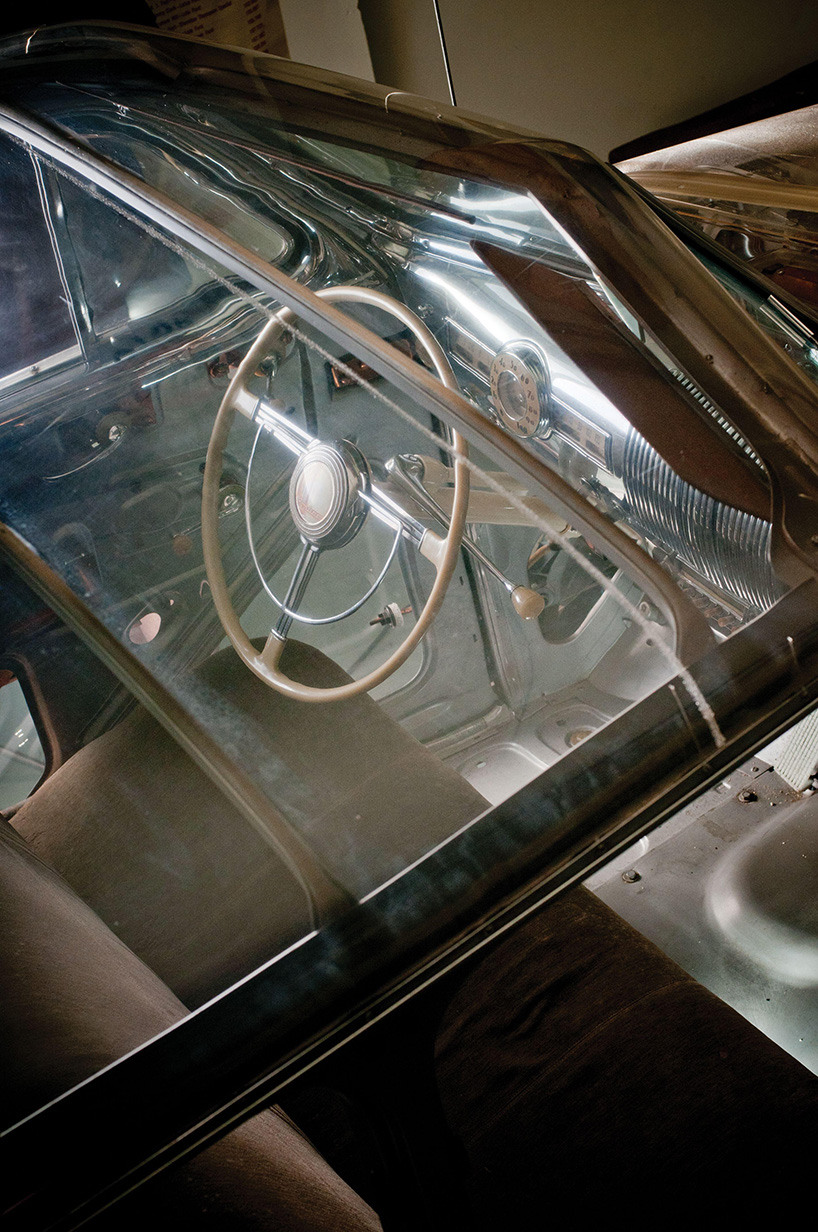 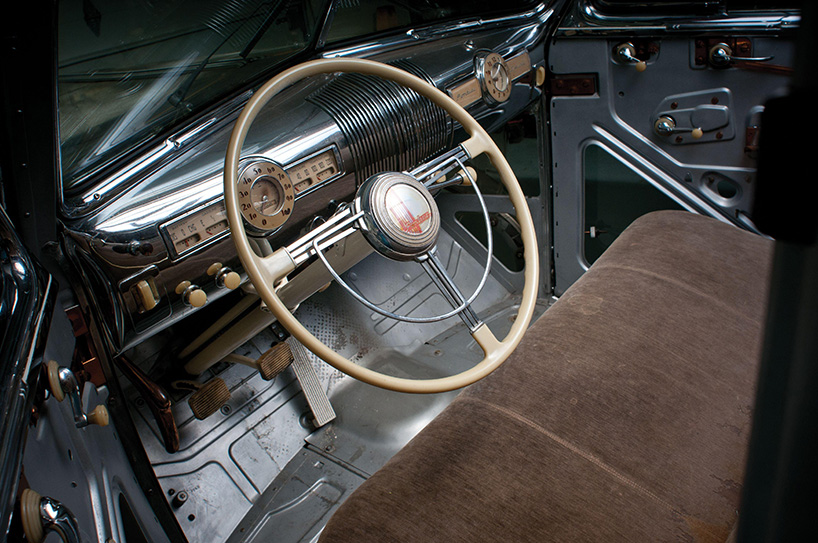 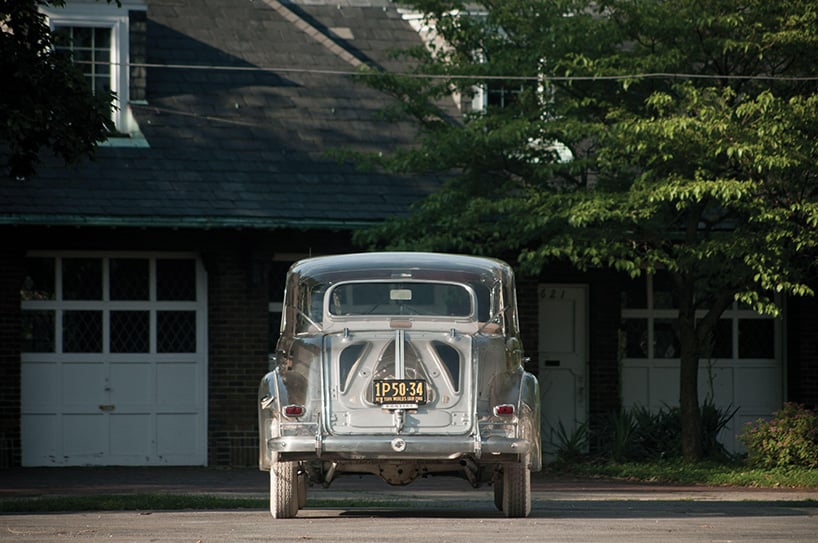 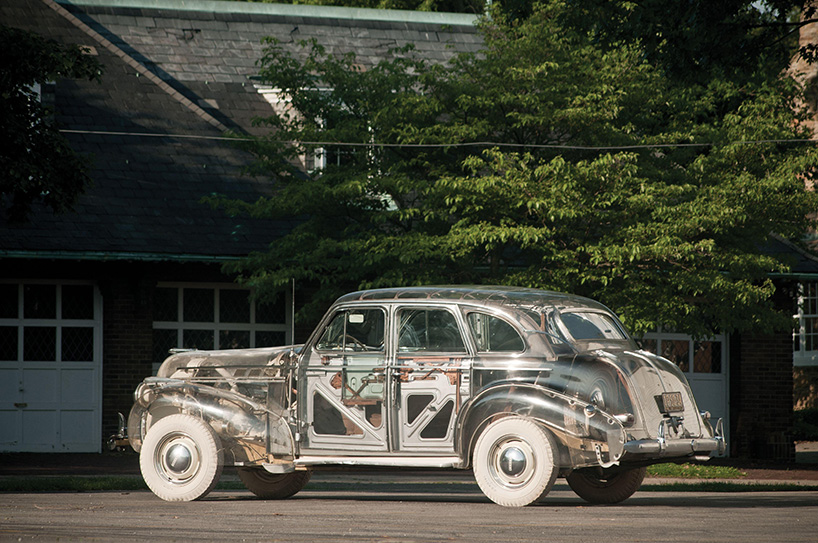 made by: general motors