italian-based designer / architect piero lissoni is responsible for the installation design of italian furniture brand, porro‘s exposition at milan design week 2011. entitled ‘immaterial house, the showroom presentation is a concept house with stylized ambiances, bringing together both porro’s iconic pieces along with 2011 additions to the collection.

the designs of 2011 expand on the idea of a storehouse of forms, colors and fittings offering objects of desire that tie together modernity with memory, along with function and aesthetics. following these themes, lissoni has designed ‘modern’ a set of worktops, units and shelves for living areas in which the geometric volumes are cadenced by color and dimensional interplays. 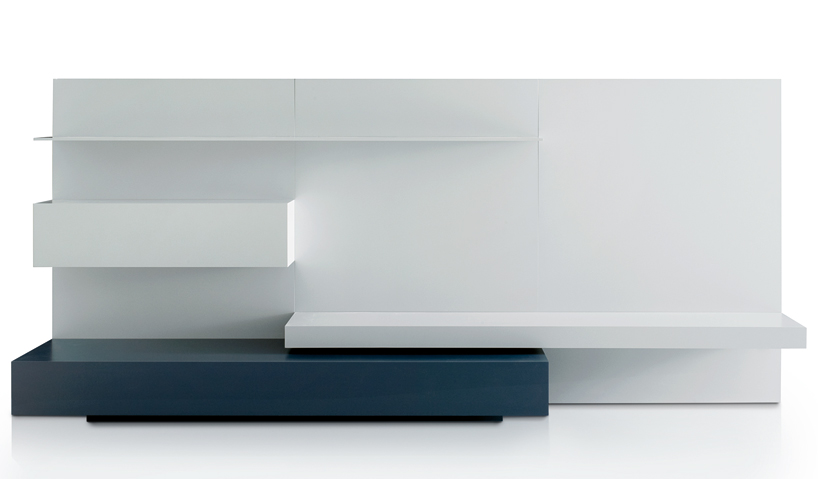 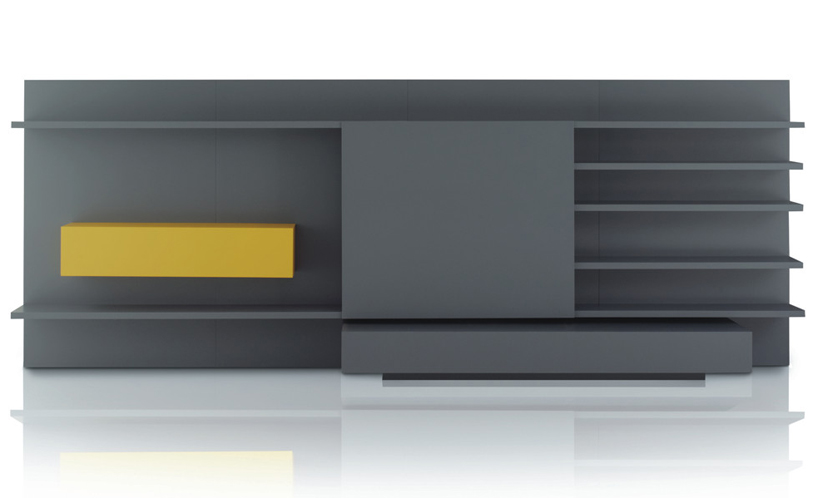 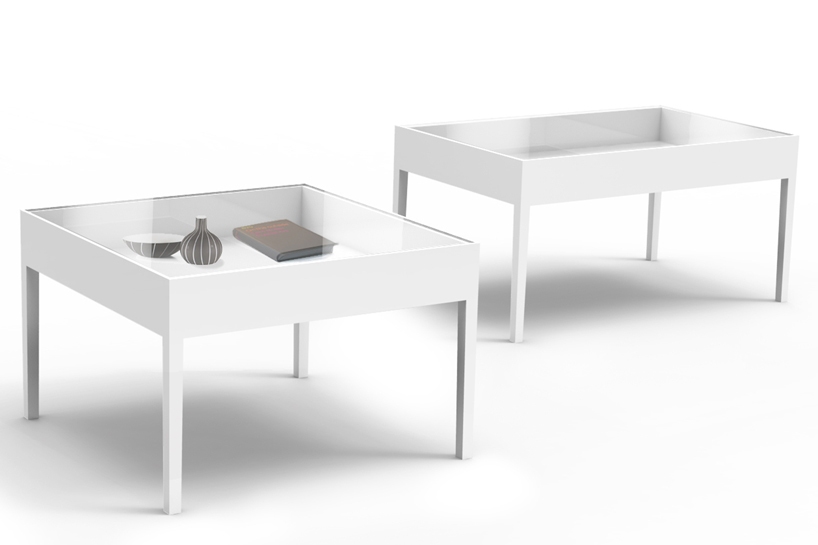 other new pieces include swedish design group front‘s ‘showcase table’, a coffee or bedside table which has a double top that acts as a showcase for the objects which populate one’s day life such as books, eyeglasses, jewelry, putting them on display as a means of elevating their importance. they will also present their ‘sundial’ wall clock. 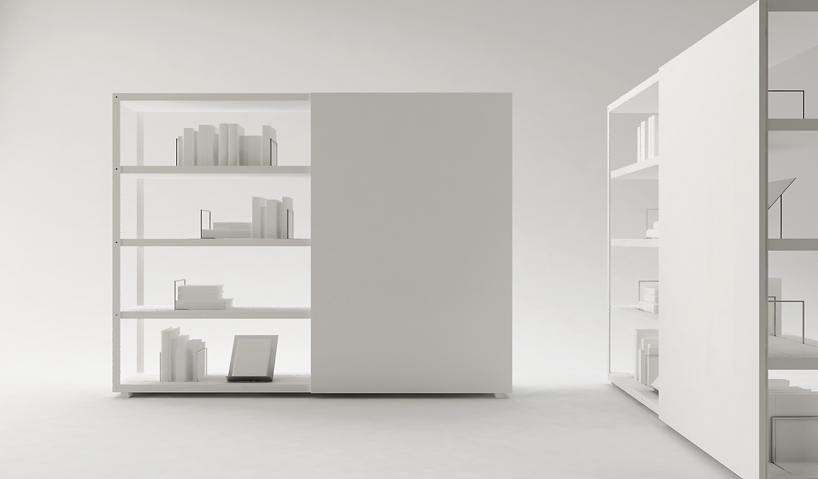 dedicating himself to the theme of home-work, and wanting to expand on porro’s range of products for the office, with pieces that can also be used in the home or in the work-space, paris-based designer christophe pillet has developed the ‘P-frame’ bookcase, a structure ideal for dividing your living space. the system is comprised of a double frame, front and back, that ensures rigidity while being light weight. its high thickness (4cm) shelves trace out the furniture object’s design, which can include an optional sliding door, or mobile screen.