A lightweight portable power bank in Japan clips on belt loops, bags, and bikes like a carabiner. The clipping style amps up the fashion look just by simply hooking it up on a clothing piece. Somehow, it screams ‘be fashionably you’ and stops its users from scrambling for a power source once their beloved smartphones die on them (maybe it is time to change your phone?). With the clip-on feature, users can avoid misplacing the portable power bank. It can charge mobiles with its 6,000-mAh capacity and 2.1A output voltage while users are afforded a 31-cm micro-USB charging cable included in the purchase in case they are not prepared with their own cables.

A striking feature of the clip-on power bank seems to be its ability to supply power to any smartphone all while being charged at the same time, thanks to its dual port. However, it does not support fast charging, but at least, it has an LED indicator on the side to let the users know if it can still charge their phones or it is time to charge the device instead. It is also waterproof to protect those who tend to accidentally chuck their power banks in the water or forget that they have a power bank with them before they dive into the pool (or the sea, unfortunately). 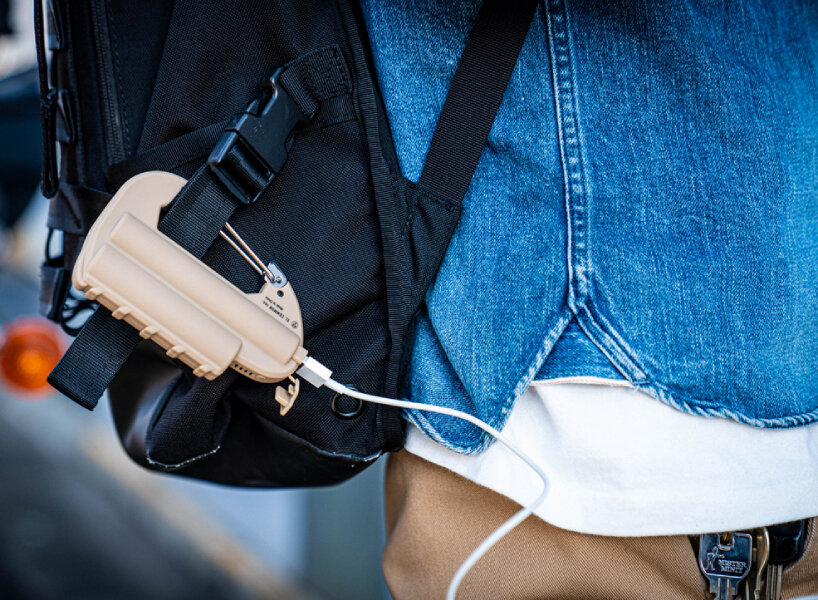 The portable clip-on power bank looks attractive in beige, olive, and black, and without its charging cable, it might look like the missing hook of a crane or rubber-coated brass knuckles. Lucky for motorcycle or bike riders who take care of their vehicle’s paint, the portable clip-on power bank has a rubber coating, so it just brushes against the surface without scraping it.

It is better to keep in mind though that the rubber material only wraps the body, so its gate and nose look like they are made from metal. Now the users should pay attention to that part if they are hooking the clip-on power bank on a glossy surface. Nobody might love looking at a matte-covered bike or motorcycle with thin and all-over-the-place scrapes as if the vehicle were keyed. 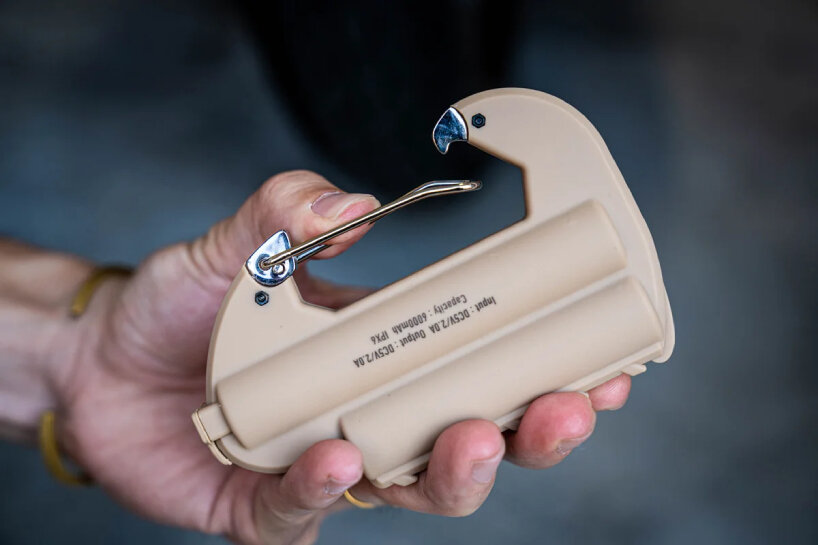 Just because it clips on doesn’t mean it’s equipment

It serves as a great reminder too that while the portable clip-on power bank looks fashionable, no one should attempt to actually use it as a carabiner for mountaineering equipment or when the users rappel from the mountains. Charging time varies depending on your AC adapter and computer, but it is always better to be safe than sorry and start a fire in one’s house or office by looking at the LED indicator to check whether it is time to unplug it or not.

The waterproof function also only works when the terminal cap is attached, so users should not forget to place the cap, tight and right. It is also recommended to charge the battery once every six months if the users will not use it for a long time since if the battery is completely discharged, it may not be able to power up devices the next time their impulsive thinking gets them to scour all their drawers and cabinets to see where they put the now misplaced portable clip-on power bank. 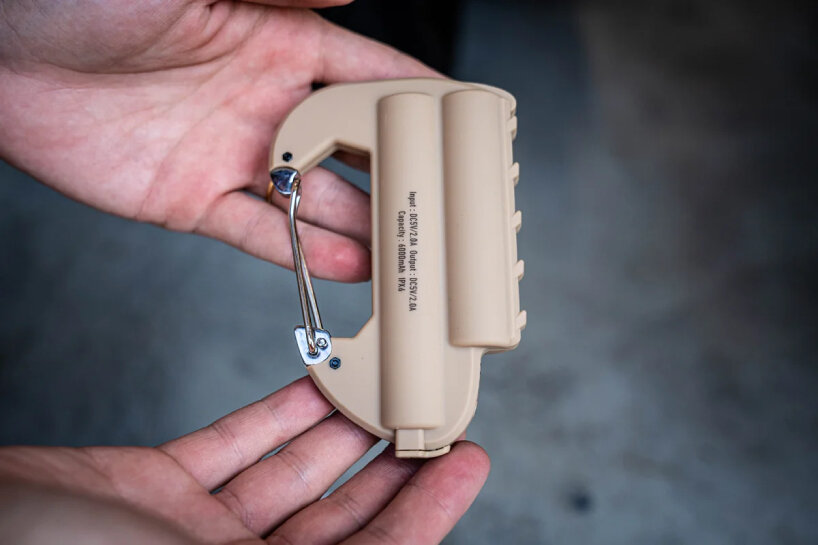 maximum output voltage of 2.1A | image courtesy of ForRide Japan 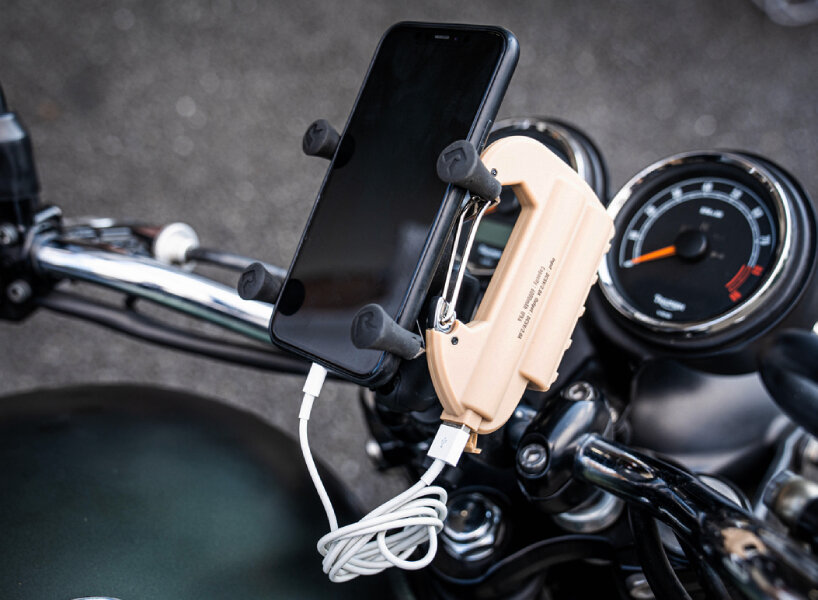 it clips on motorbike handles too | image courtesy of ForRide Japan 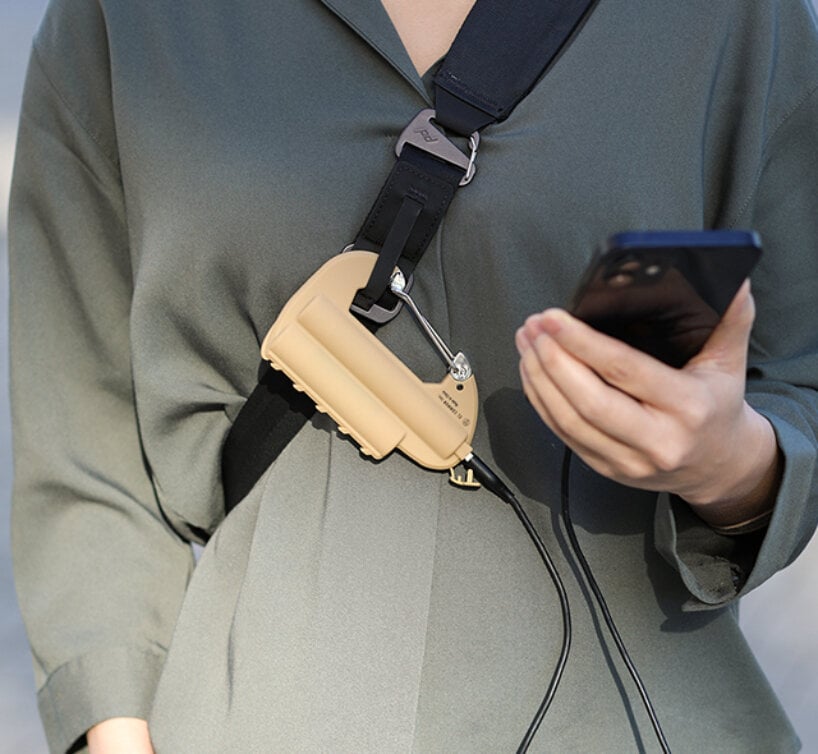 the power bank has a 6,000-mAh capacity | image courtesy of Select + Shop AQUA