designed by francesco vezzoli and AMO for prada, the ’24 hour museum’ is on exhibition in paris january 24th through 25th

designed by italian artist francesco vezzoli with AMO (the think tank of dutch architect rem koolhaas’s OMA studio), the prada ’24 h museum’ opens tonight in paris’s historic palais d’iéna, now the seat of paris’s economic, social and environmental council. the gallery space exists for only twenty-four hours– first as a private party, then at 11pm CET as a discotheque viewable online at the ‘24 h museum‘ website, and then finally as an exhibition open to the public and school tours during the day of january 25th.

the installation is divided into three sections, each modeled after a particular type of museum space: historic, contemporary, and ‘forgotten’, all offering tribute to femininity through five-meter high, neoclassical sculptures that reference contemporary celebrities– ‘disco sculptures’ as he calls them. the classical space is framed by the curving stairway of the palace; the experimental area set in a cage surrounding the main hall, illuminated by pink neon; and the third, the ‘storage or salon de refusés’, modeled after abandoned museums and warehouses. in this way, the installation becomes a meta-museum, examining the ways in which art is presented and consumed. the ’24 h museum’ party is also reported to include amongs its events a twitter conversation between vezzoli and an unnamed celebrity.

noting the importance of context when discussing cultural concerns, vezzoli reflects: ‘artists and critics see museums as a jewel case where the mementos of our epoch should be preserved, but if you said ‘MoMA’ to the president of barclays bank, [he would] say, ‘that’s a venue for rent for ,000 if you want to hold an event.‘

the online incarnation of the ’24 h museum’ invites users to create their own portrait in the style of vezzoli’s icons, to be exhibited on the website, via the ‘get your portrait‘ facebook app. 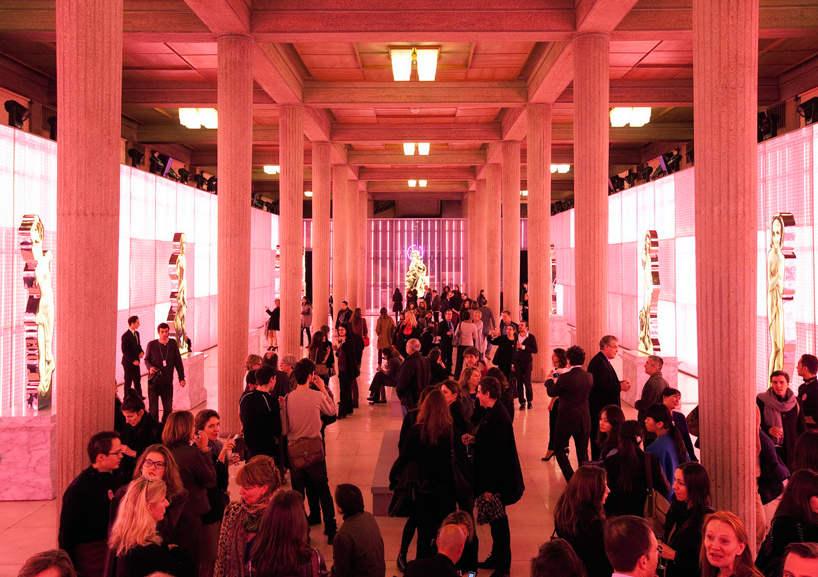 photograph of interior hall during the museum’s day-long existence 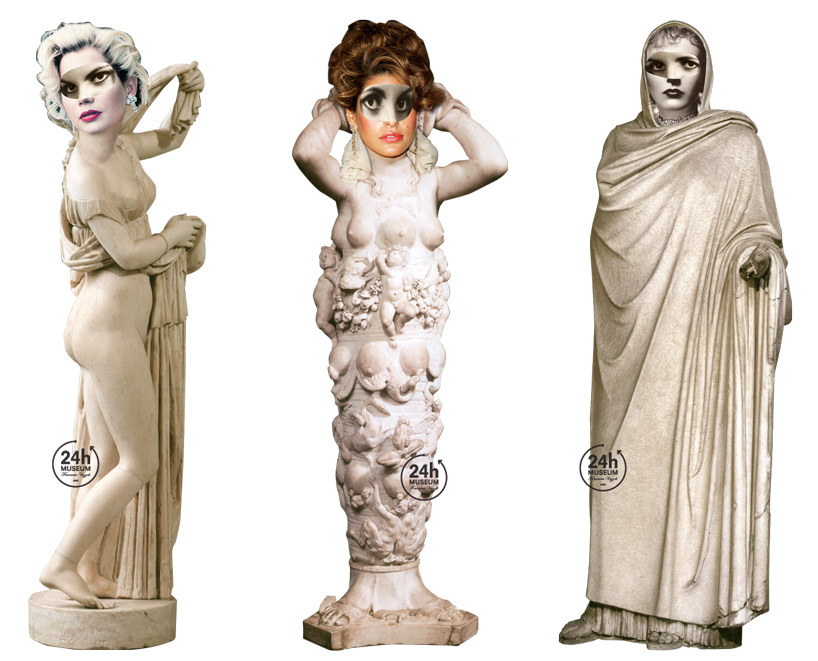 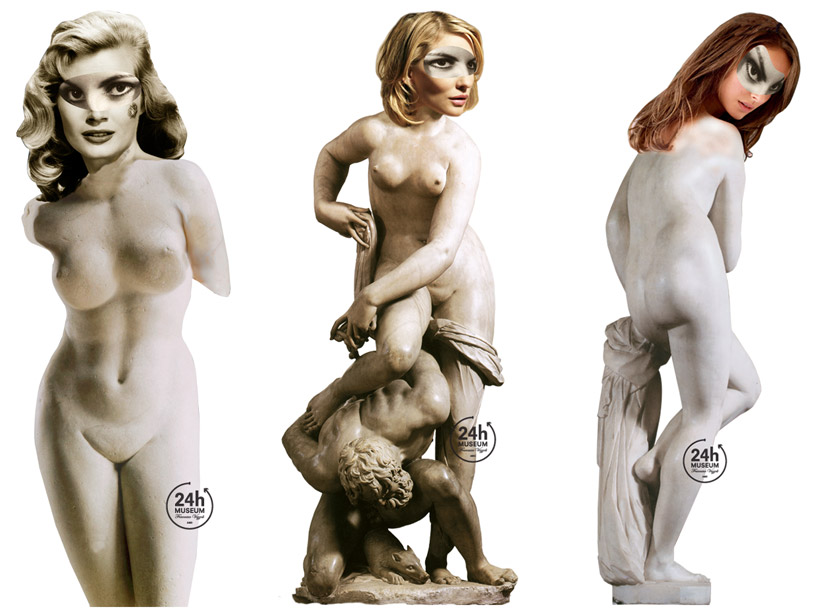 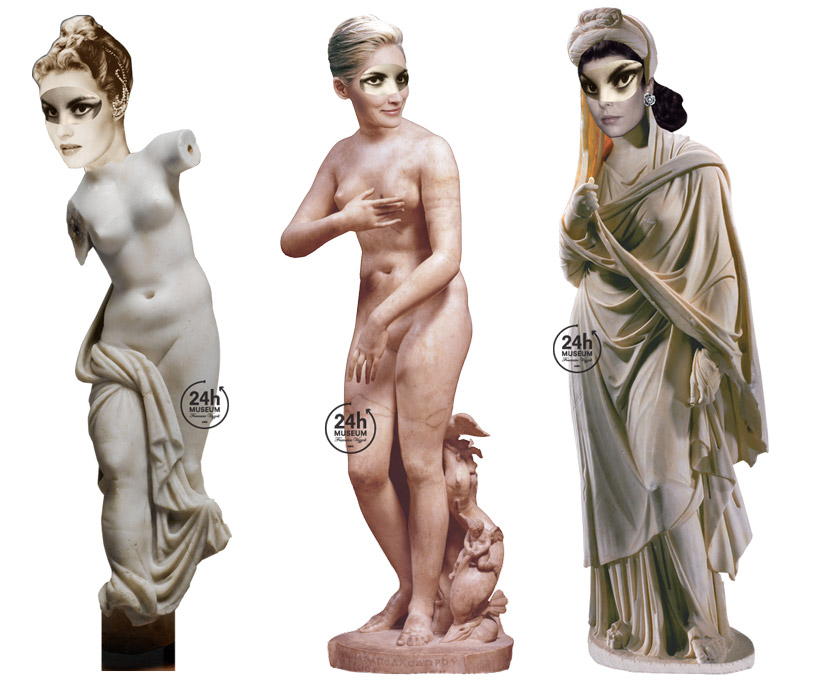 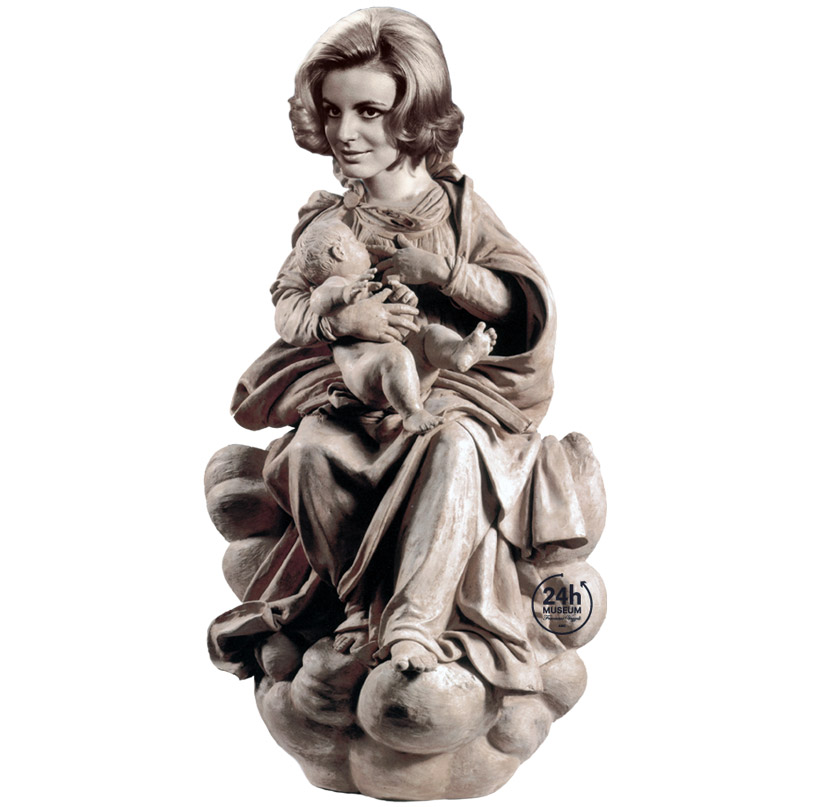 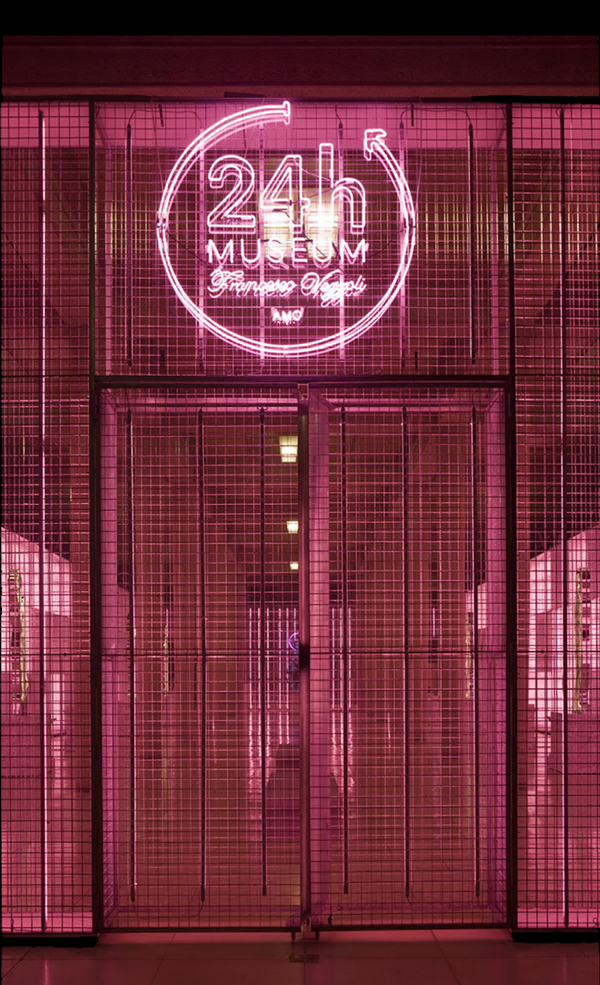 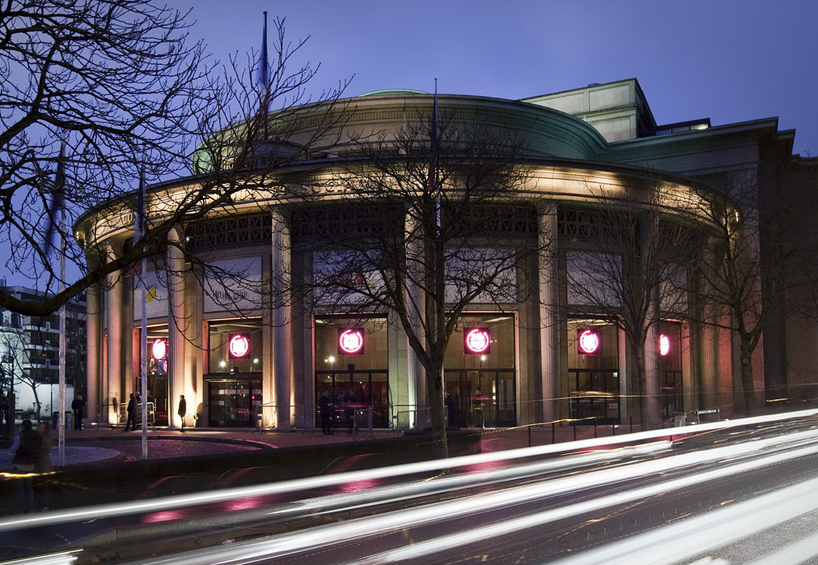 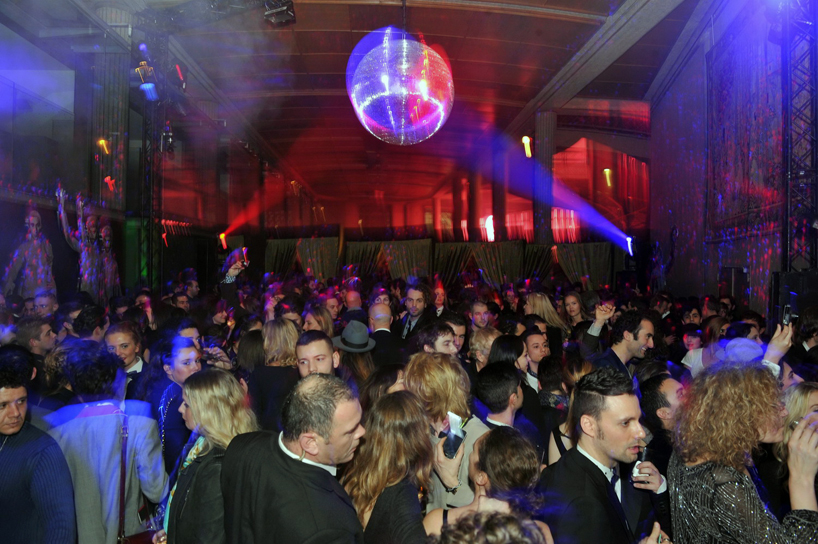 view of the ’24h museum’ during the opening night party 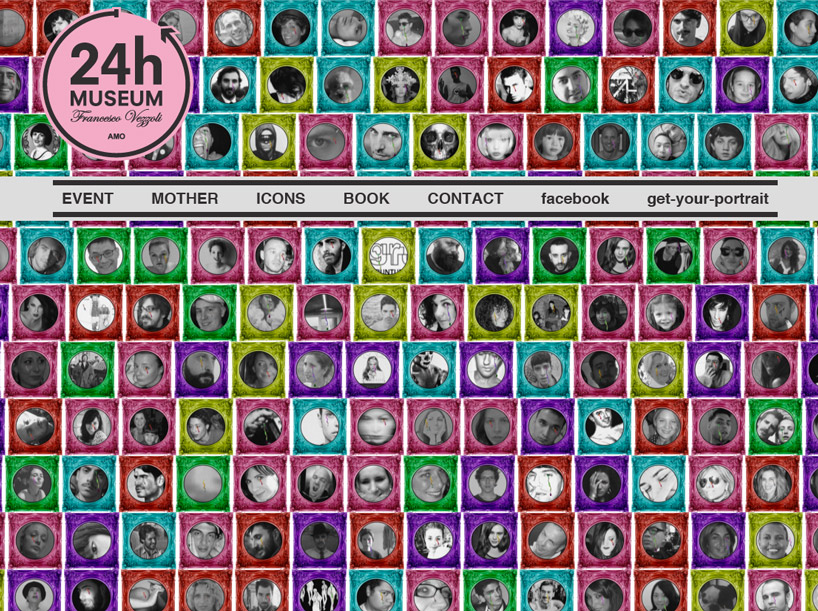 this online design course will take a look at temporary structures, from living quarters and exhibition stands to container stores and market stalls, exploring the concept of ‘pop-up’ architecture.