founded by milanese artist ivano atzori and california-born creative kyre chenven, pretziada — meaning ‘precious’ in sardinian — is an interdisciplinary practice that fuses design, craftsmanship, journalism and tourism. based in sardinia, italy, the brand places the island at its core, highlighting its traditions and unique local heritage. through exclusive collaborations with local artisans and international makers, the duo has managed to celebrate their beloved location in a respectful and creative way. 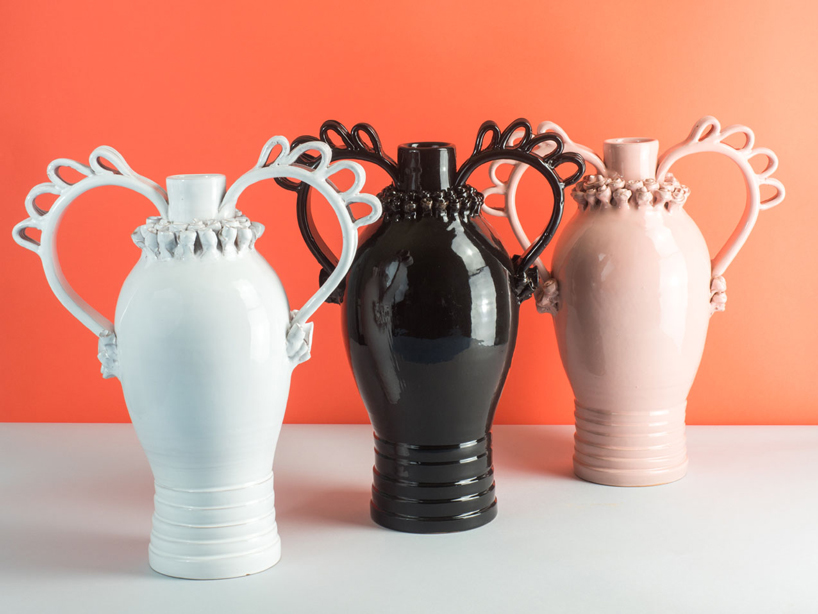 during milan design week 2017, pretziada presented a collection of vases at spazio rossana orlandi that play with the highly-elaborate ceramic containers traditionally gifted to young brides on the island.

‘up until recently, each sardinian bride brought into her marriage a sort of dowry,’ comments pretziada on the island’s heritage. ‘in contrast to most of europe, this dowry was considered property of the woman herself. with that right to own it, however, came an equally important implied responsibility. the dowry was expected to be prepared and created directly by her, and it was considered her contribution to the creation of her new home. in this way, a woman’s dowry was a direct expression of her skills and preparation. and, importantly, it was less of an offering to her future husband than proof of her obligation to help provide for her future family.’ 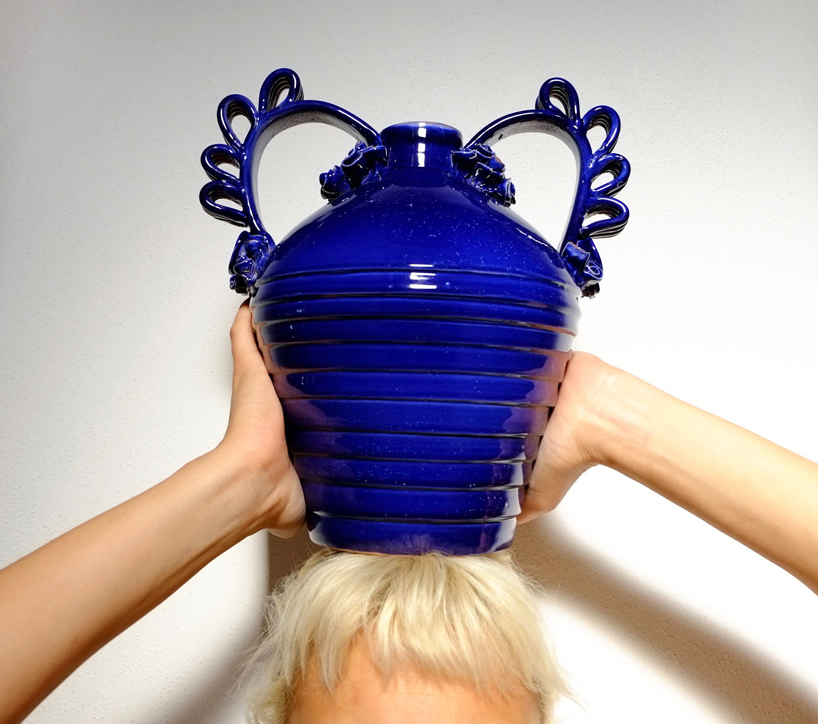 the ‘tunda’ vase is available in black, white and midnight blue

the vessels originated as simple, utilitarian objects, used for everyday sardinian life — but as personal plumbing became more widely accessible on the island in the 60s and 70s, the tradition evolved. what started as functional dishware — often used to transport water from a town fountain to a family home — developed into decorative, ceramic-made art pieces. as sardinian crafts earned a revitalized interest and appreciation, an abundance of embellishments and trimmings were added to the vases. these elements united the round shape of the urn with meticulously-formed details like roses, leaves, birds, dots, ruffles and flourishes. 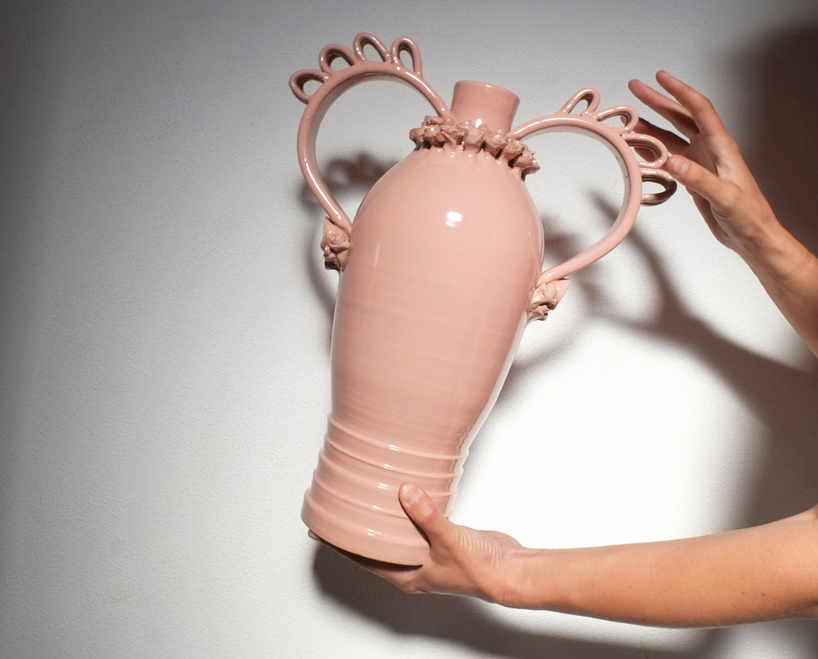 compared to the ‘tunda’ vase, the ‘marria’ — pictured here — is more slender

pretziada’s collection includes three variations: ‘marria’ and ‘tunda’ — made in collaboration with designer valentina cameranesi sgroi; and ‘nuptial’ — crafted by ceramic artisan walter usai. each of the pieces are completely handmade and showcase sardinia’s iconic symbols.

the ‘nuptial’ vases, for example, feature one of the island’s most characteristic attributes: pavoncelle — a bird associated with immortality. ‘marria’ and ‘tunda’ furthermore combine femininity and playfulness with a modern and mechanical touch. 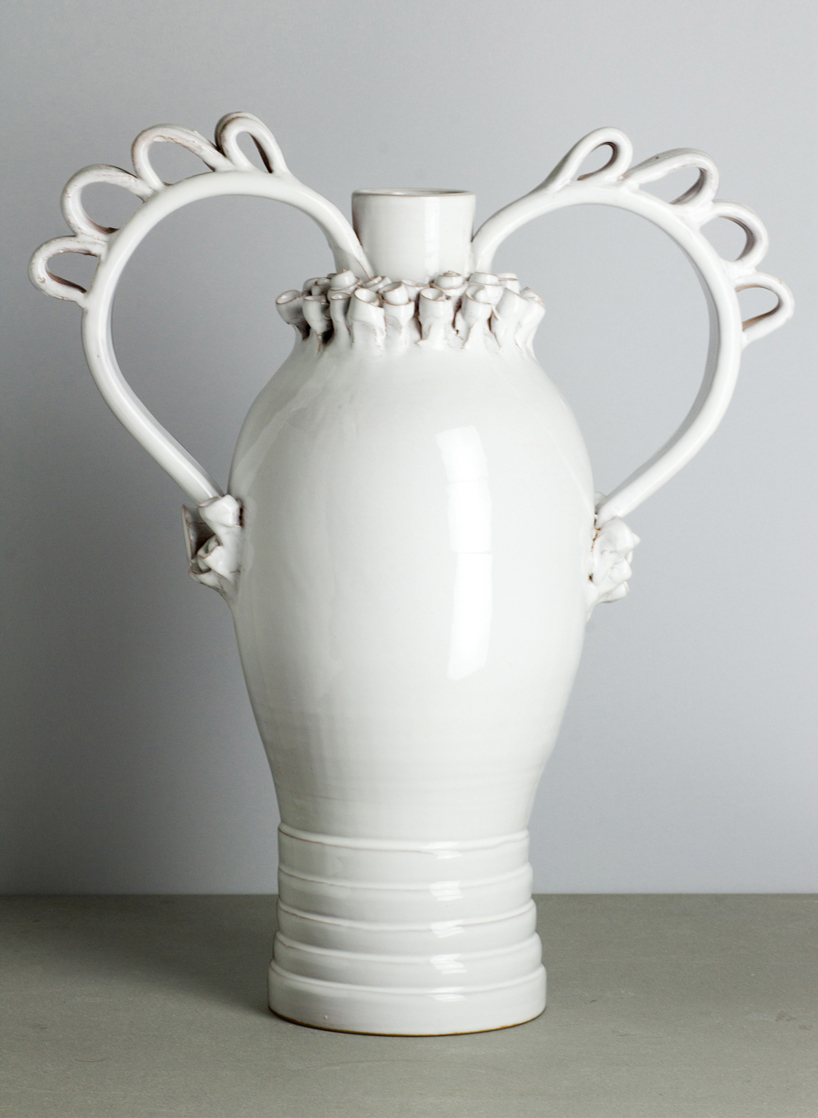 ‘marria’ vases are ornamented with flirtatious details, and are available in black, white, and rose 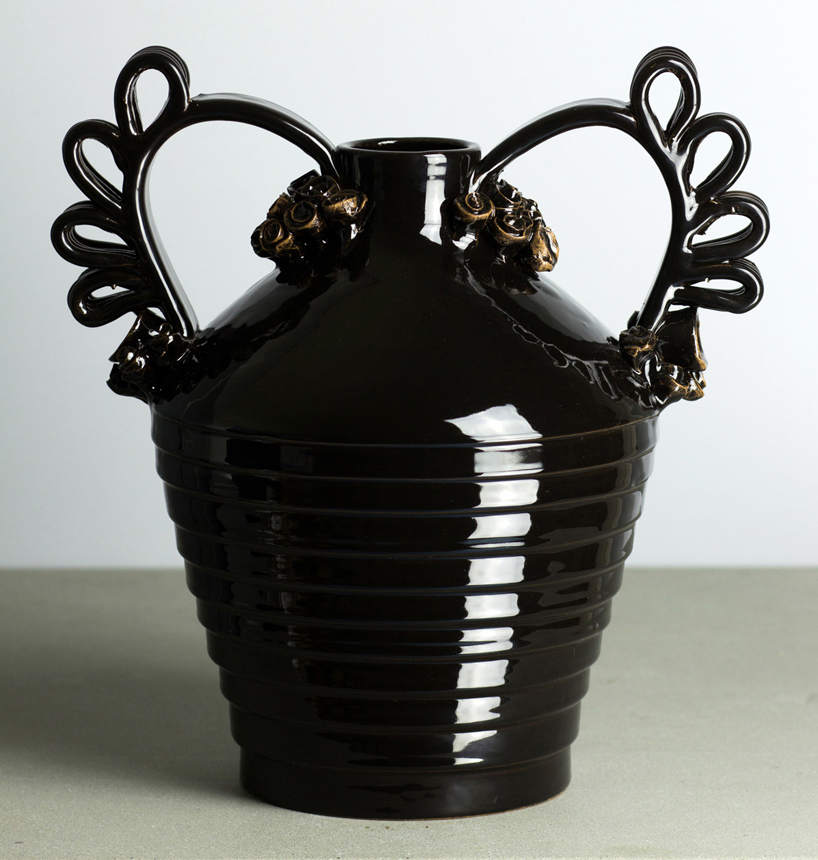 the ‘tunda’ vase combines femininity with a mechanical touch 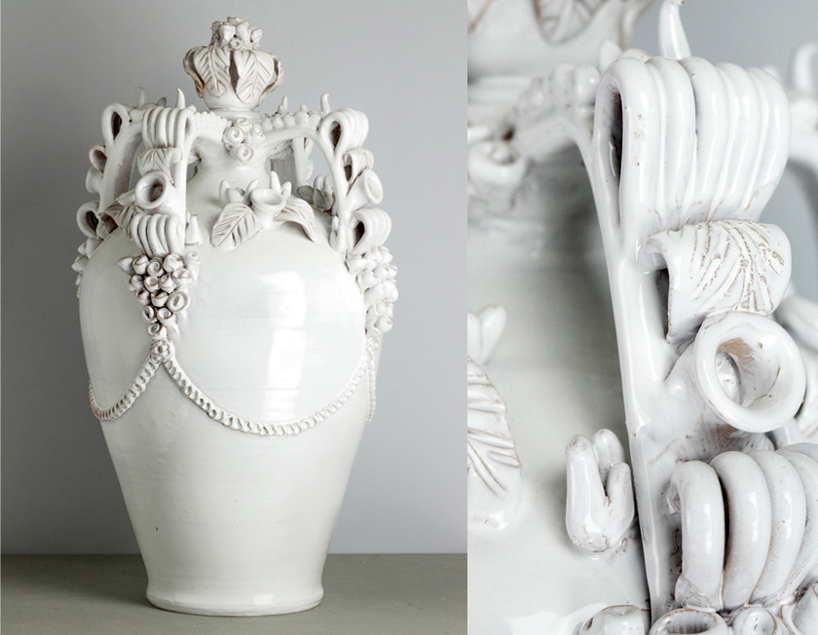 ‘nuptial’ has been crafted in collaboration by ceramic artisan walter usai 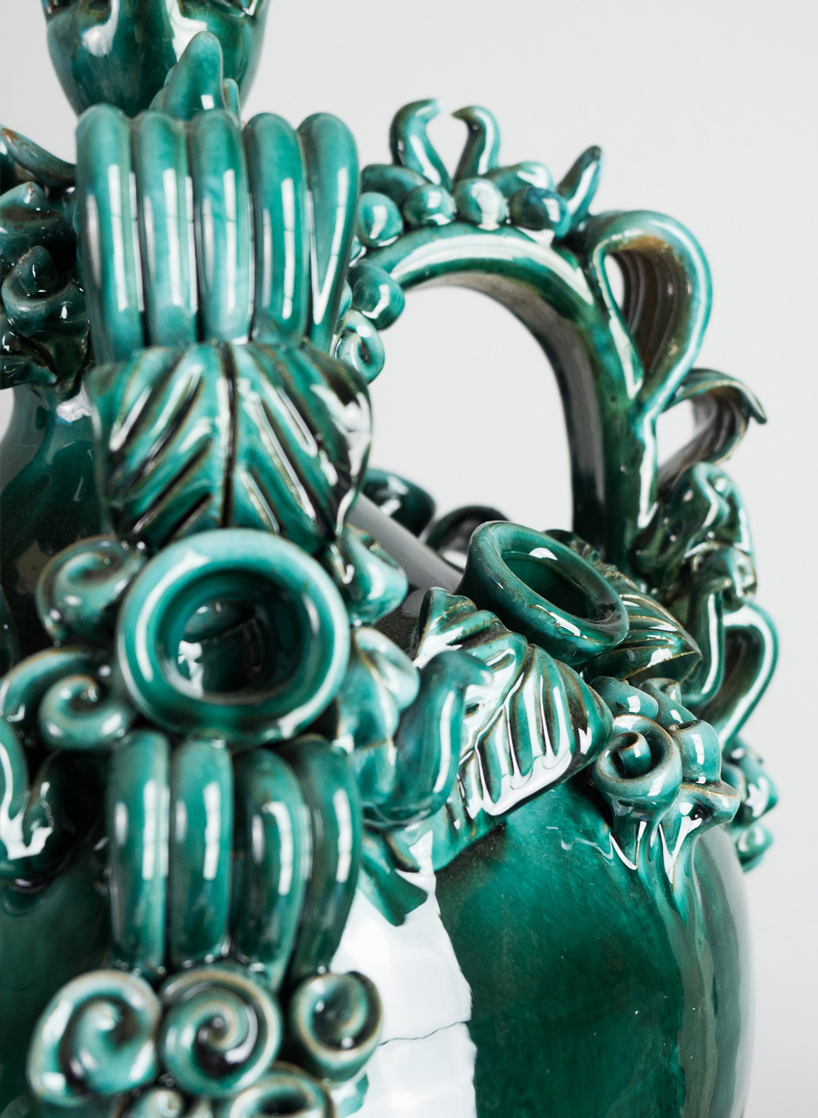 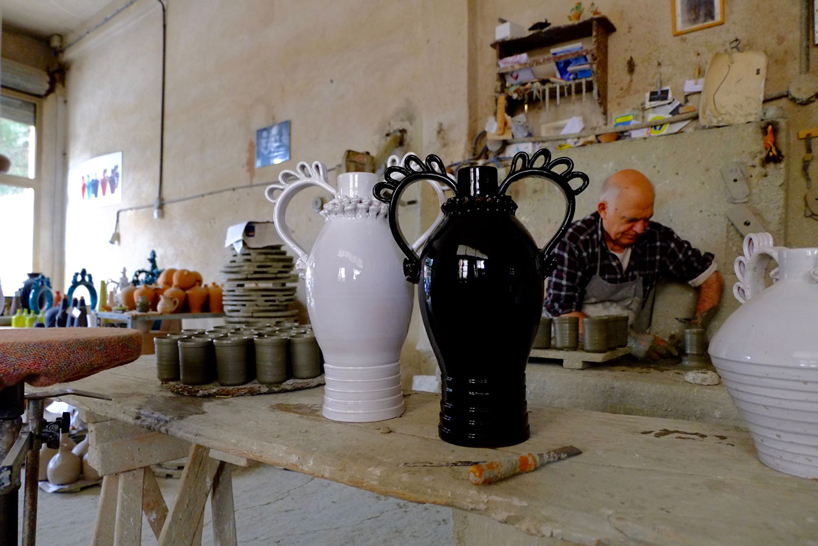 each of the vases are completely handmade in sardinia 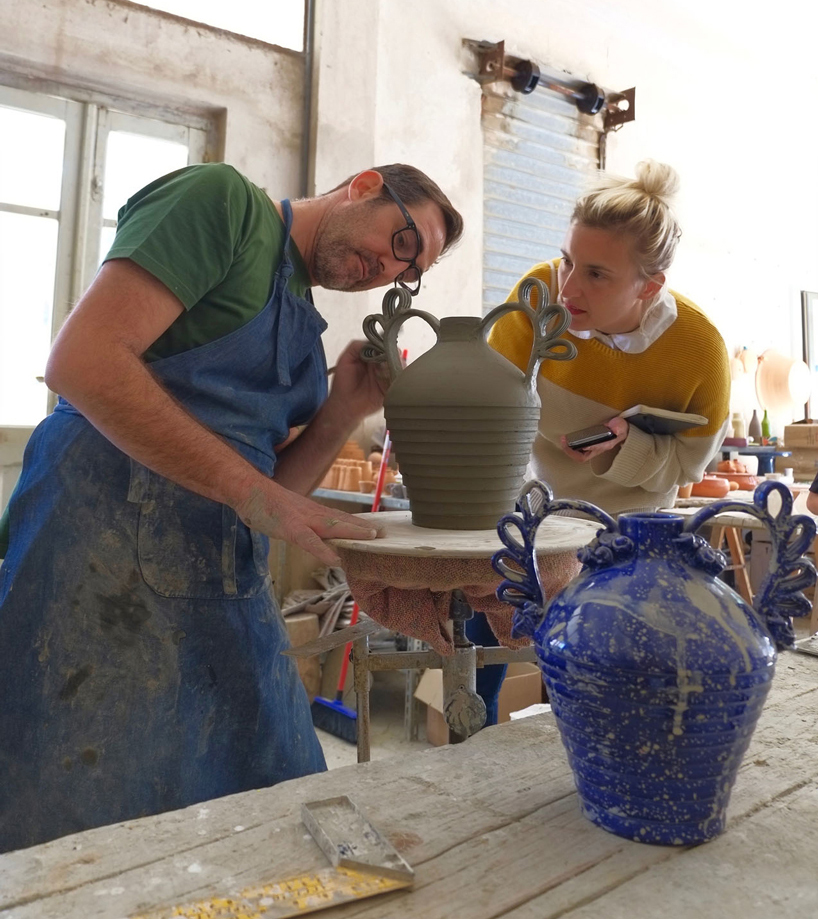 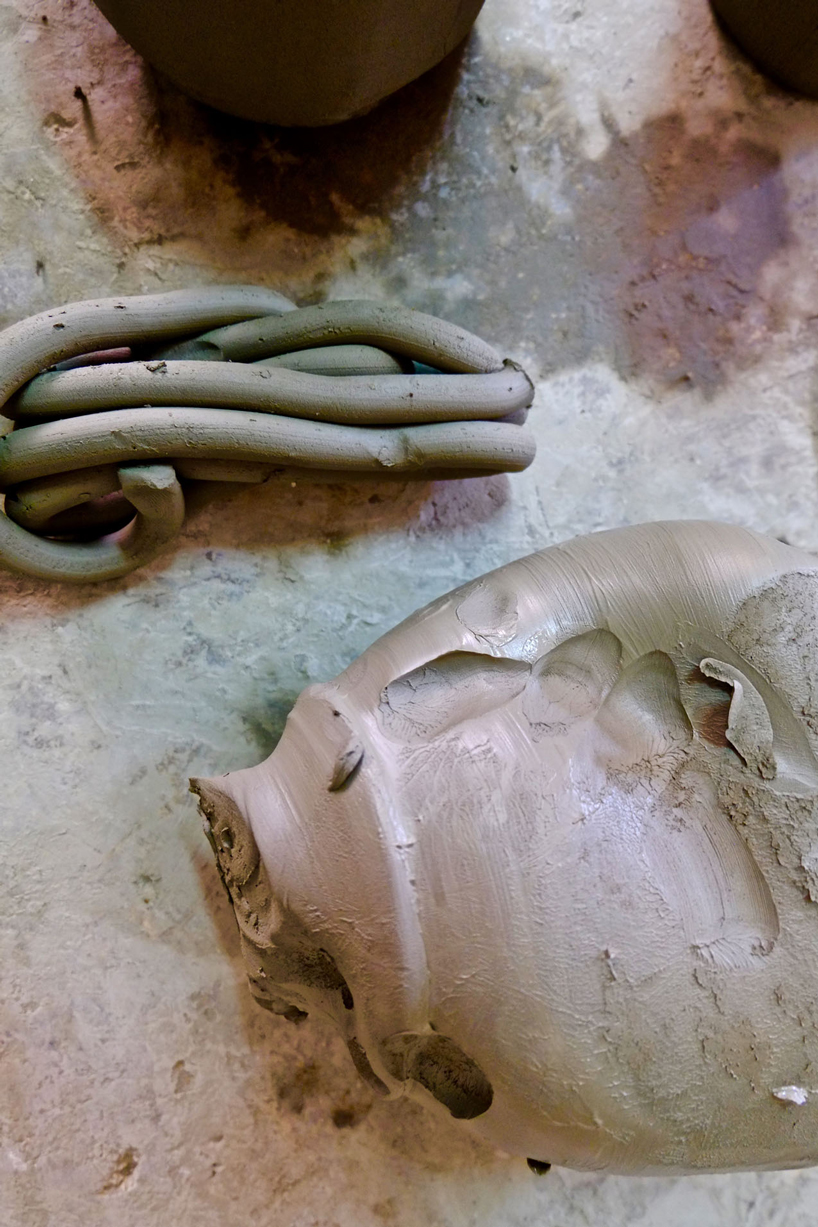 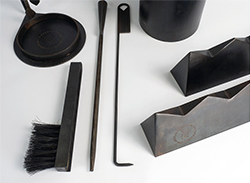 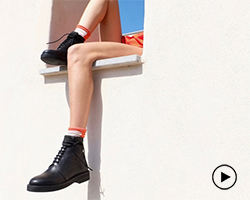