french designer, jean-marc gady will present his new creation ‘french cancan’ at gallery r’pure, new york. jean-marc gady who worked in louis vuitton as an art director for store architecture and windows for years has now his own studio. ‘french cancan’ is a light installation composed of several pleated lampshades joined together forming a sculptural wheel. it can be declined as a wheel or as a suspension. he is also going to show ‘gourmet’ plate which is a serving platter composed of seven porcelain plates of different sizes as well as the ‘A.M.O.’ vase that plays with imbalance and illusion at the exhibition. runs from march 25th to may 19th. 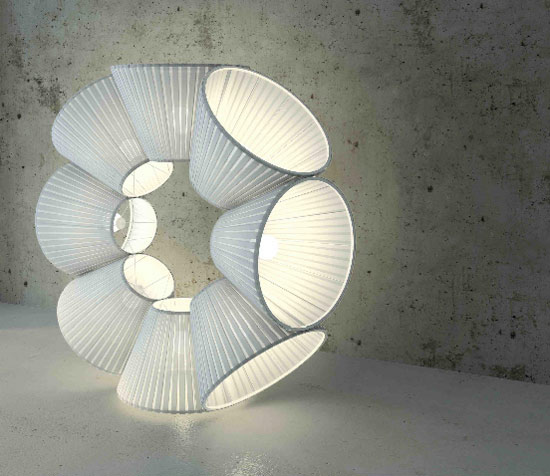 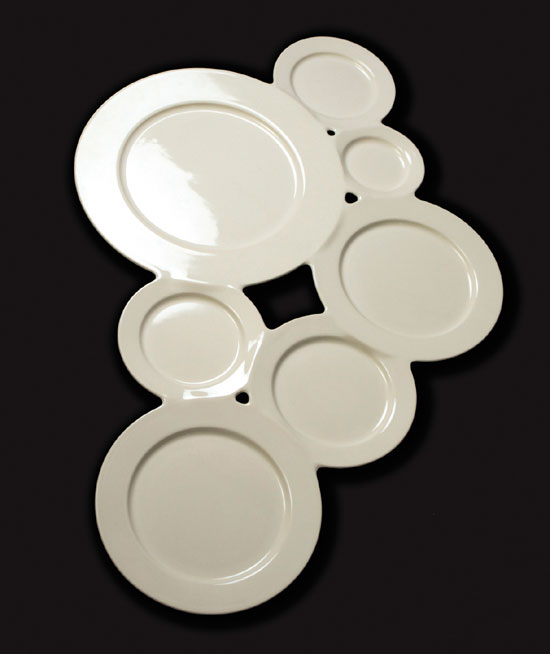 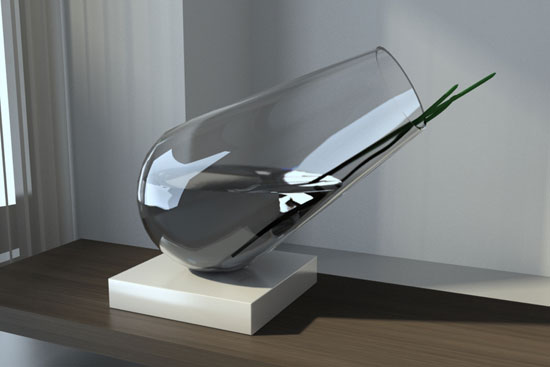 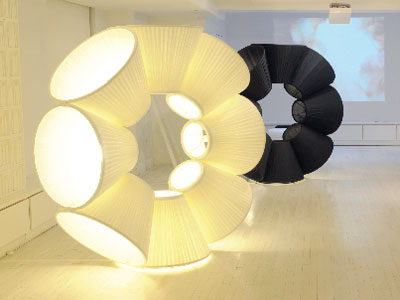