UPDATE: on june 2, 2016, jean-simon roch has been awarded first prize for his project ‘vibrato.’

since its inception in 2007, the prix émile hermès has promoted talented young designers and supported their prospective, early-career projects. in september of last year, fondation d’entreprise hermès put forth a call for projects for the fourth biannual edition of the prix émile hermès international design award — this year under the theme of ‘play’, as applied to domestic design. while acting as an important stimulant of the imagination and the senses, playing also builds character, encourages self-awareness, and influences our relationships with others.

chaired by designer matali crasset, the jury has now selected twelve finalists from a total of 762 entries from 62 countries. these shortlisted designers are presented in an exhibition at the espace commines from may 31 to june 5, 2016, showcasing their responses to the experimental, environmental and social challenge. see more about the twelve shortlisted projects below. 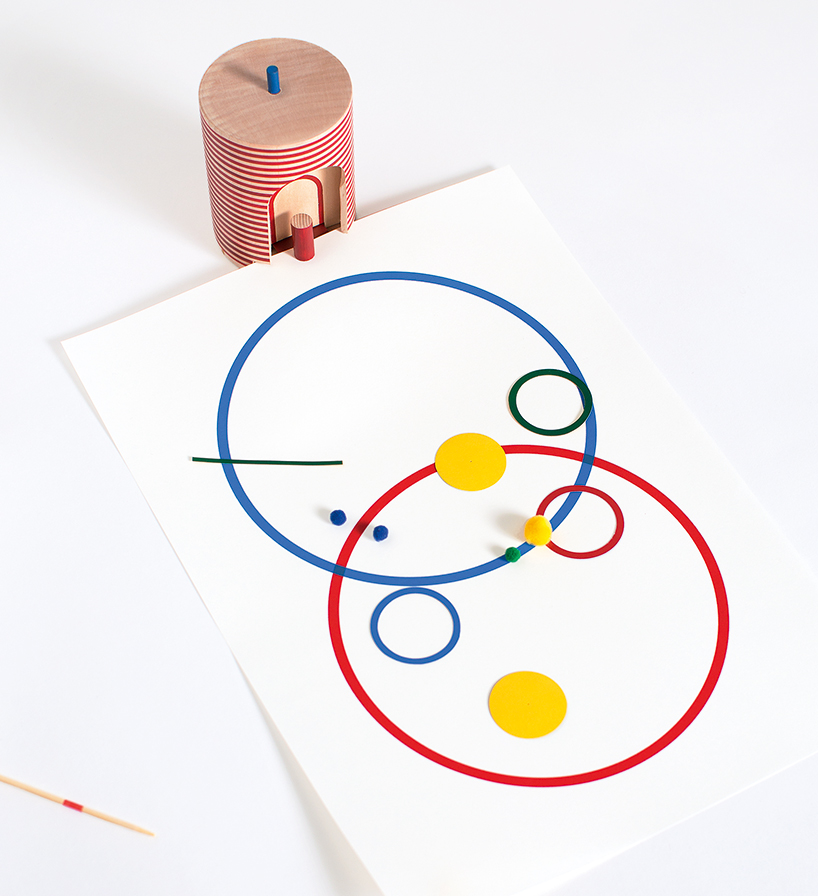 jean-simon roch: ‘vibrato’ —  a wooden box fitted with an electro-magnet that activates a metal blade concealed beneath a leaf of paper. the device allows the user to vibrate objects or forms placed on top of the paper, in a random, ever-changing ballet.

‘they’re all very different, both from the point of view of scale and typologies,’ crasset says of the finalists. ‘some strive for clarity and comprehensibility at first sight: these projects are conceived essentially as inputs to stimulate the imagination; others are located at the frontiers of the real and the immaterial: these are hybrid projects, both concrete and digital. this is a very childlike thing, because they don’t distinguish between the two, and pass quite naturally from one to the other. lastly,a third set of projects is wholly digital, and designed to fit into everyday life. there are child-sized projects and others that engage directly with their surrounding space, or explore symbolism or the quest for the perfect object. each clearly reflects of the values the younger generation of designers is seeking to communicate.’ 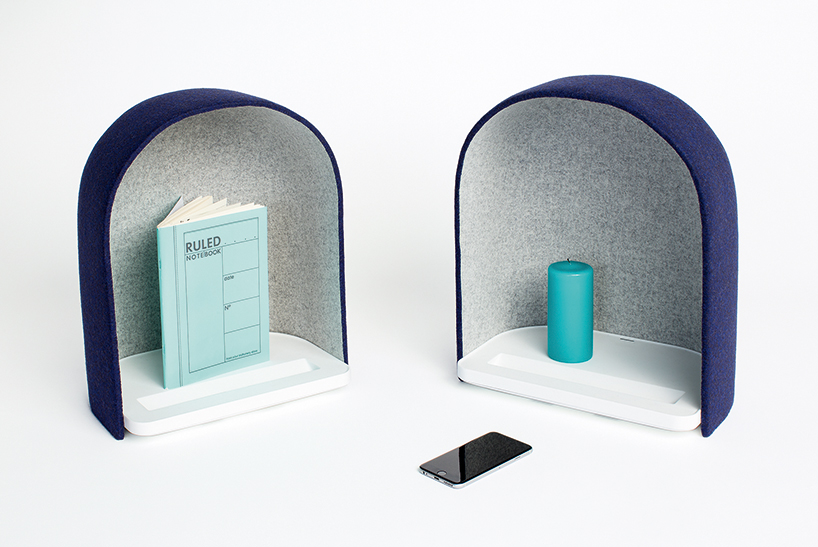 ‘oracle’ is a niche receptacle and a mobile phone app which gives players a color to find in their immediate surroundings. each team chooses an object corresponding to the given color, and places it in the niche. the object’s tone is analyzed digitally, and validated (or not). the team with the most ‘successful’ objects wins. 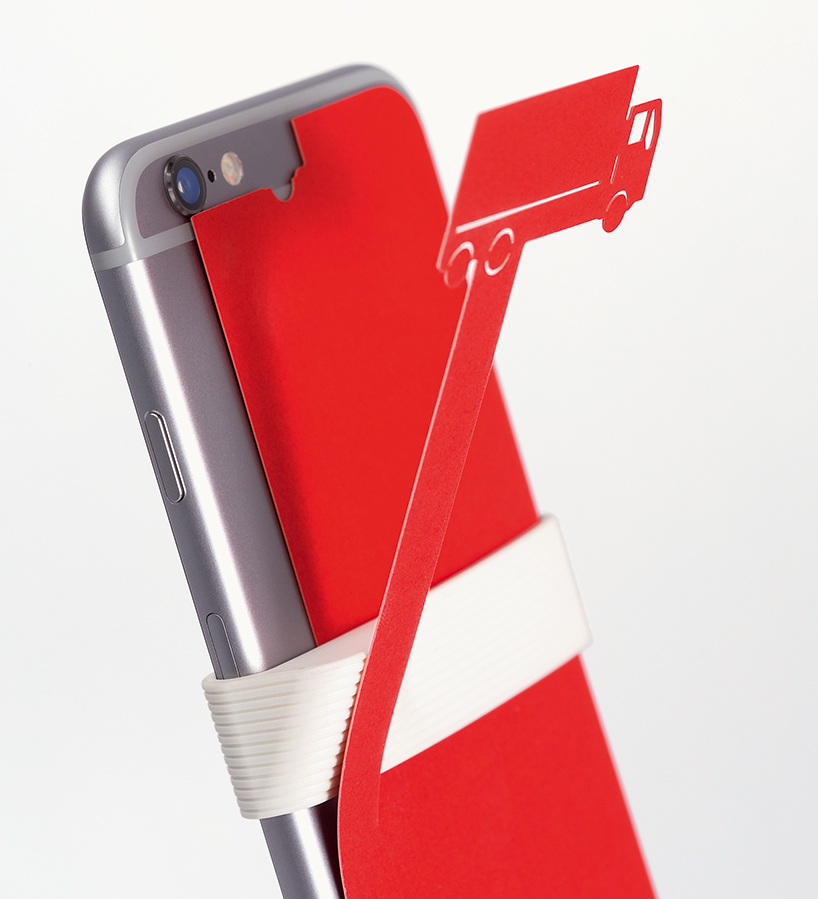 ‘demi-jour’ is a shadow-game in the form of a collection of cards which can be fixed to the back of smartphone, like a case. to create the shadow pictures, simply unfold the relief shape in the corner of the card (images of objects or figures) and activate your camera flash. then you can animate the figures in a darkened room. 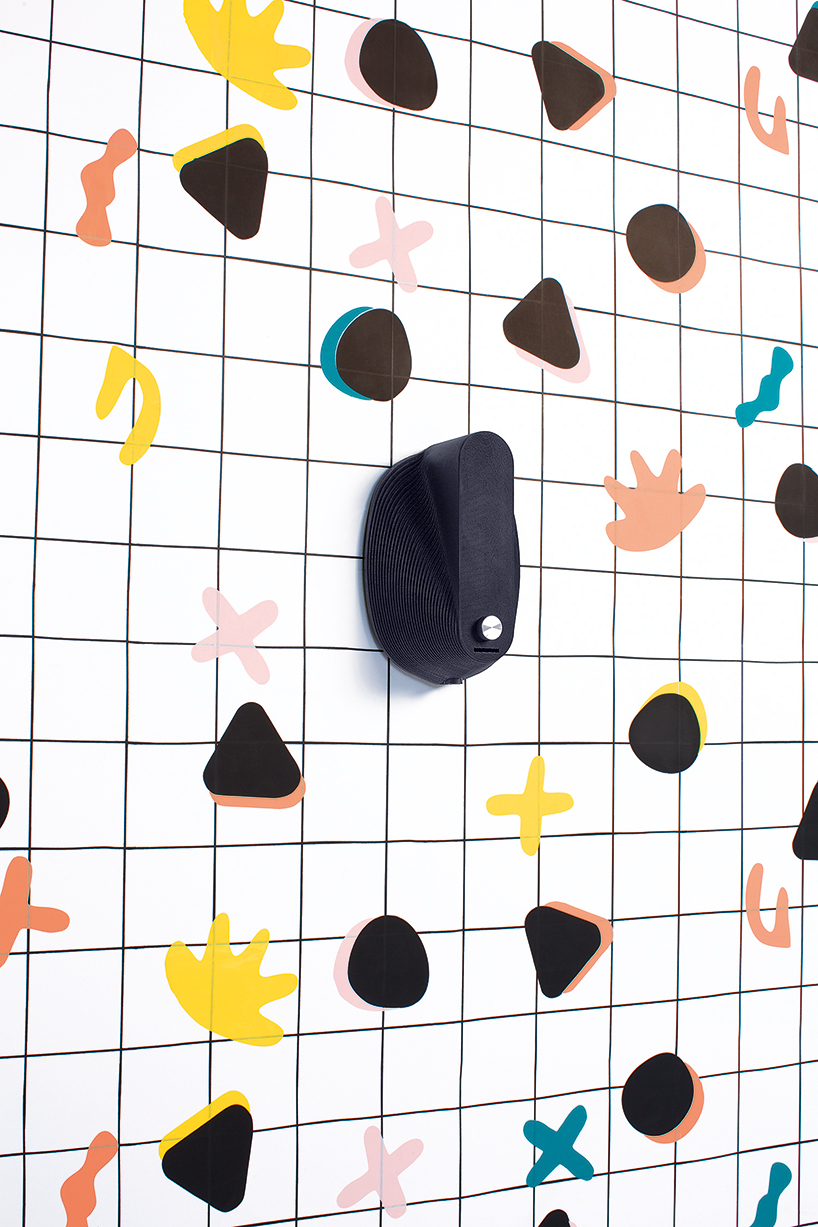 a wallpaper printed with conductive ink incorporates a sound system with an external control box. sound is activated by placing a hand on the wallpaper: the walls of a room become an experimental play space. the system is connected to a dedicated web site that allows the user to pre-select the wallpaper design and its associated sounds in advance. 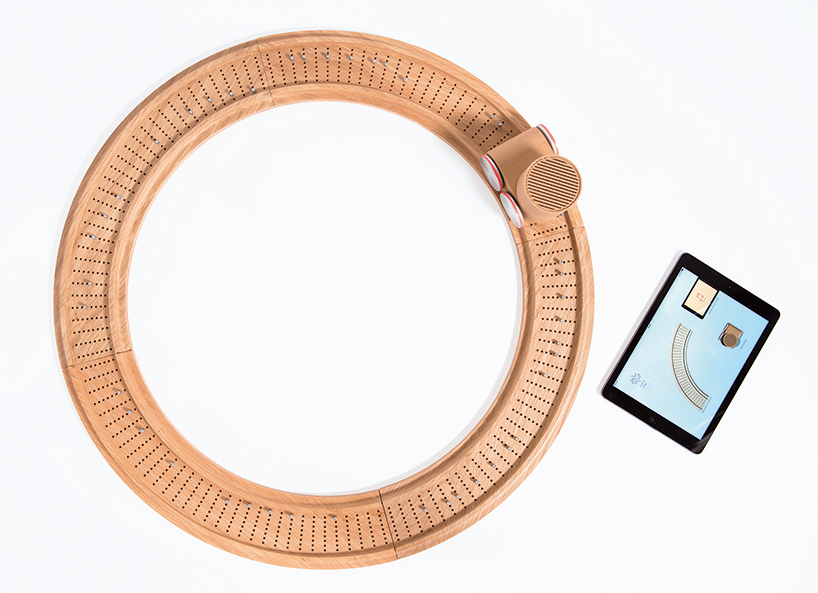 ‘dorémix’ is a small, musical wooden train connected to a tablet computer. the tablet controls the train (which is also a mobile speaker), and allows the player to compose a melody based on its journey along tracks connected to notes. there are two different pre-recorded melodies, depending on the circuit.the player may compose other melodies by varying the circuit taken, the speed of the train, and instrument options. 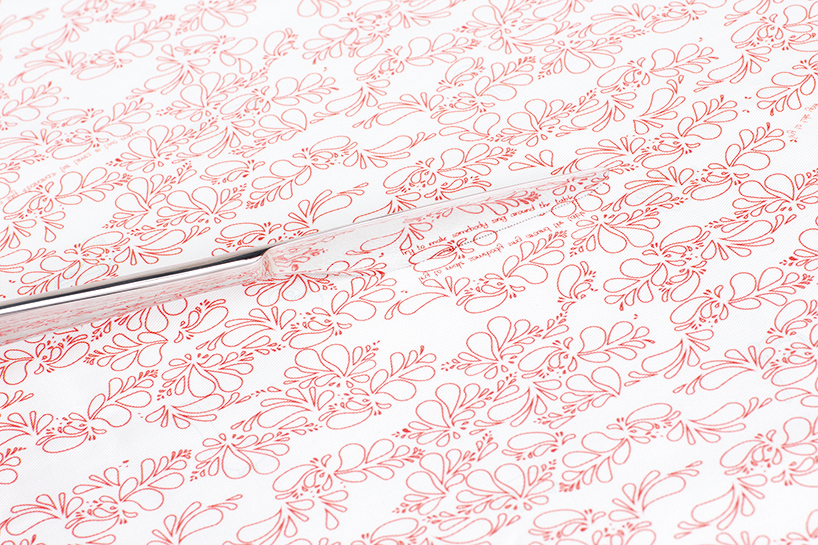 the game is played at the table, on a linen tablecloth printed with designs and messages to be discovered using accessories (plates, glasses and cutlery). by sliding the base of a blue glass, players discover hidden red forms in the motifs on the cloth. the blade of a knife is used to decipher ‘challenges’ written in mirror language. a fun way to brighten mealtimes. 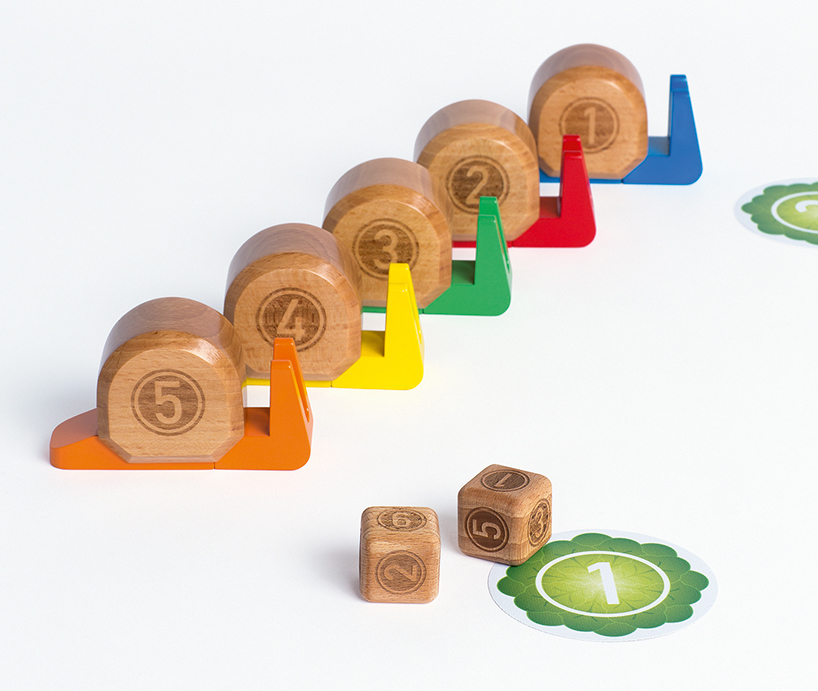 ‘snail racing’ is a game using small wooden snails on a circuit adapted by the player to their home surroundings. each snail is fitted with a measuring device that allows it to move forward the number of centimeters indicated by a throw of the dice. the first snail to make a complete circuit wins. 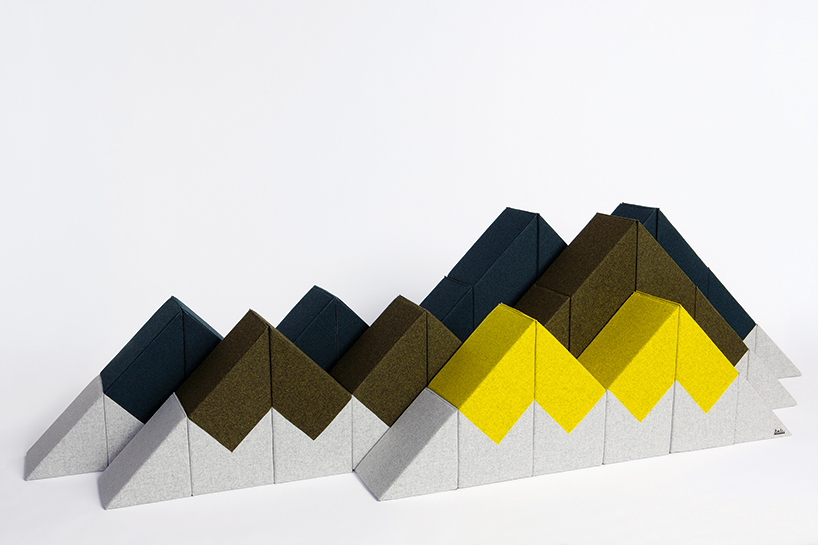 ‘talu’ is a large-scale construction game comprising 28 high-density foam modules covered in felt. the blocks come in three different shapes measuring 20 to 60 centimeters in height. users can build an endless variety of structures and environments. 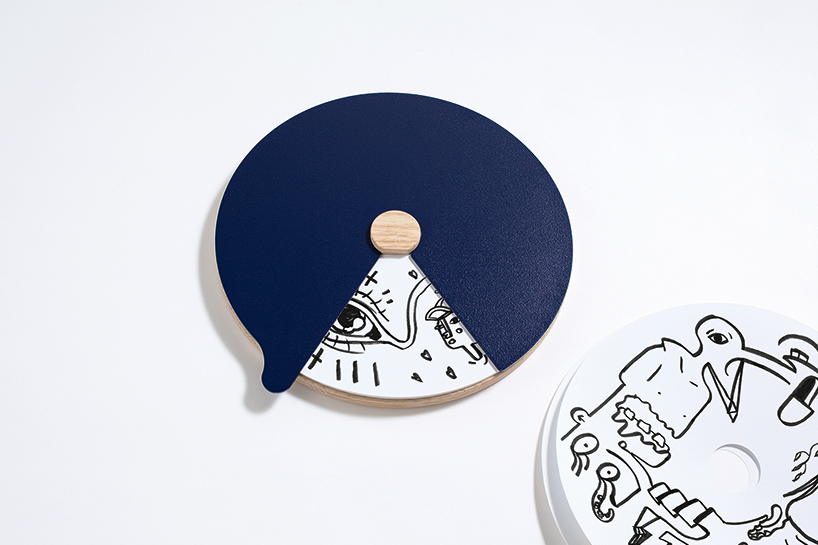 a new form of the game known as ‘consequences’, based on sheets of paper interleaved between two circular wooden boards. the upper board has a ‘porthole’ in which the players draw pictures: the first player draws something in the porthole, keeping his picture hidden from the others, then turns the disc, for his neighbor to draw a second picture next to the first. everyone around the table contributes their own drawing, after which the disc is removed to reveal the whole picture, in six parts. 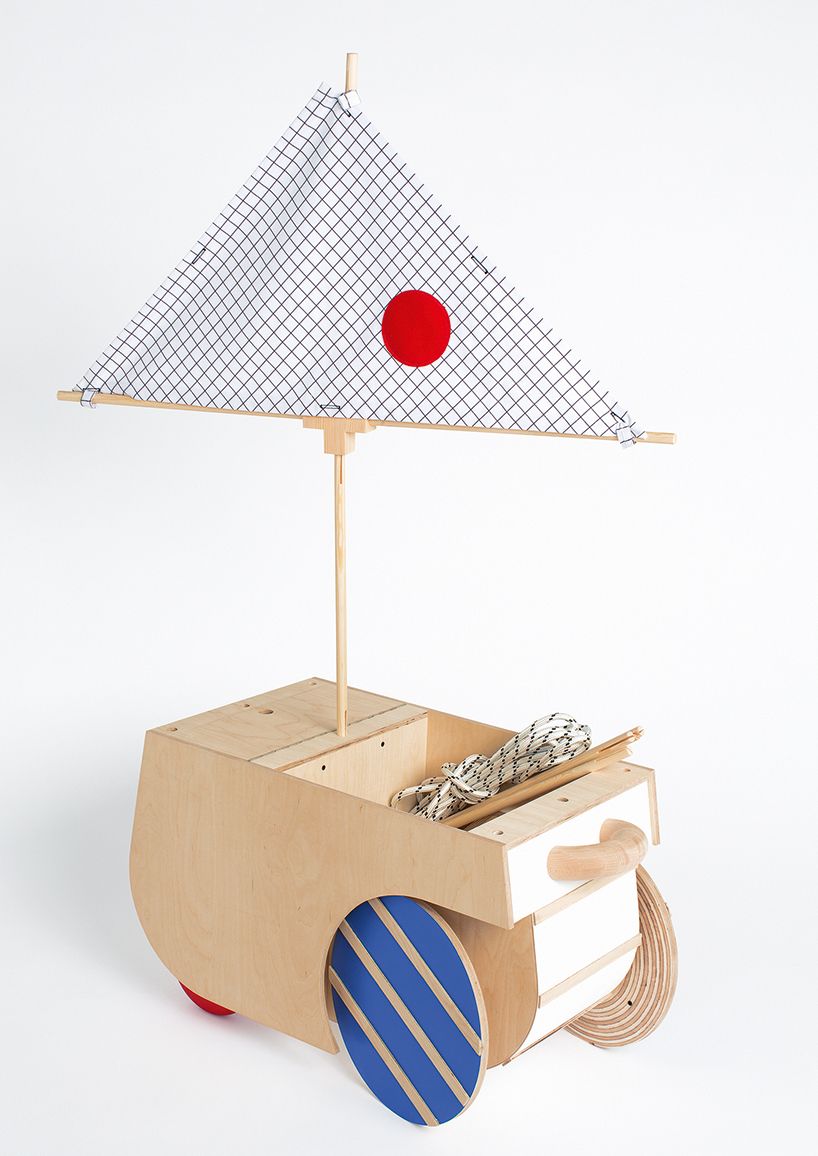 ‘your shelter’ is a wooden trolley with a set of accessories (fabric, rope, velcro, lamp, batons, connectors) that can be combined in infinite, imaginative compositions. the game inspires free play, inviting children to create their own space. 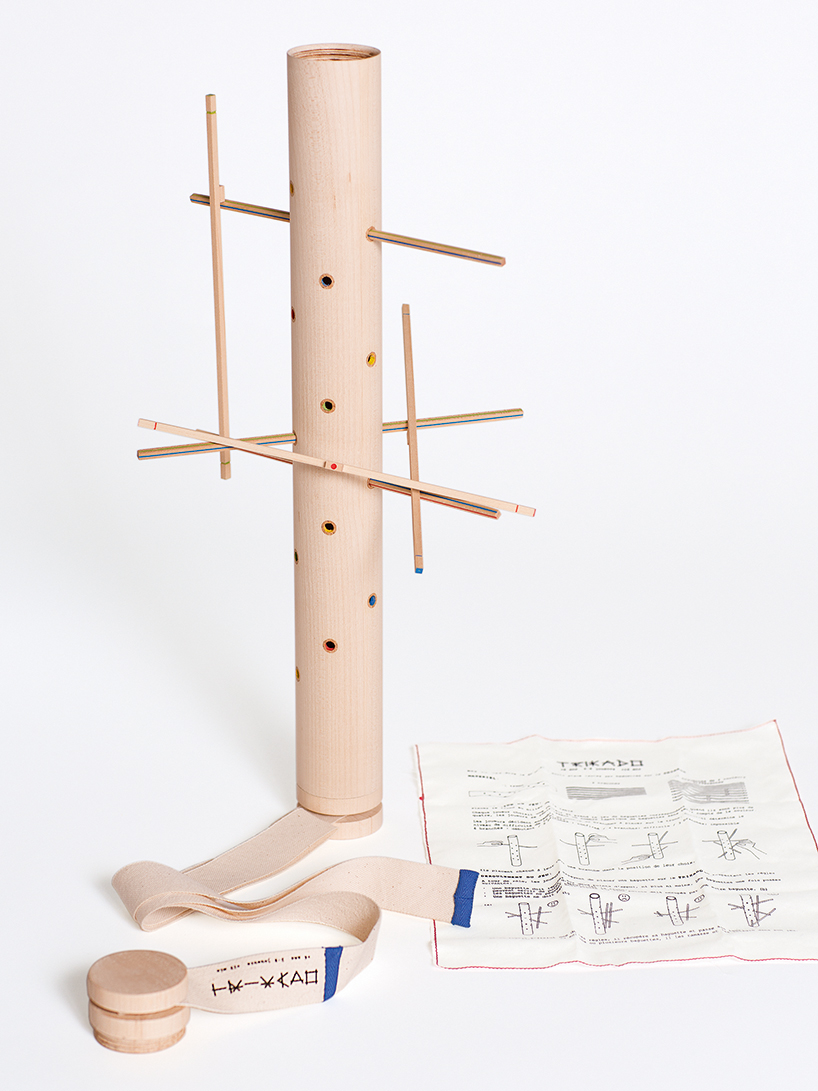 a close cousin of the traditional mikado, trikado is a balancing game consisting of a vertical, 40-cm ‘trunk’ of wood against which narrow sticks can be placed. the aim is to place the most sticks, supported directly by the trunk of wood or the sticks already in place.