a new concept project by korean design and development studio psychic factory, ‘droplet traffic light’ imagines a future where time spent waiting at red lights is not wasted away.

the device is modeled on the standing style of traffic light. after turning red, the light swivels its LED displays to project news headlines and useful information such as the weather or time. shortly before turning green, the display switches again, and the device returns to functioning as a normal traffic light. 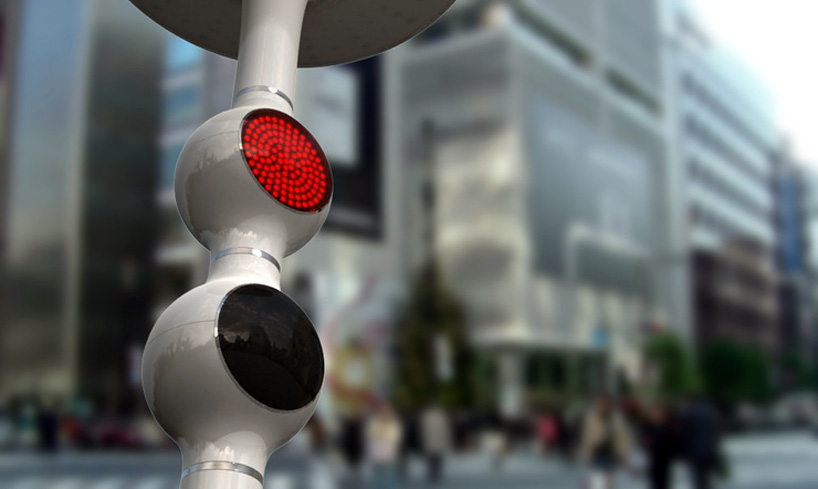 the device retains an appearance similar to conventional traffic lights 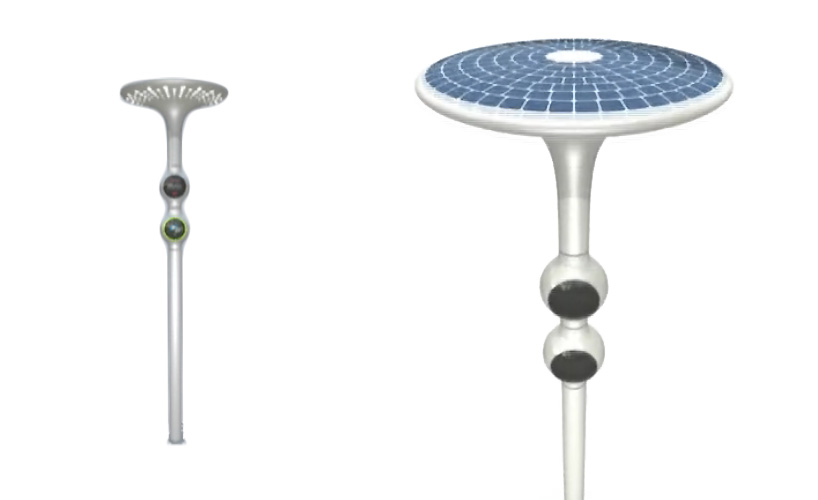 left: full-view rendering right: as seen from above