‘r4 rally’ is a concept car by parisian designers yann terrer of tylt design and jérôme garzon of machin machin. focusing on the energy cycle, this proposed redesign is a solar-powered vehicle which integrates nanotechnology with environmentally friendly materials. based on the iconic outlines of the renault 4, ‘r4 rally’ adds sustainable factors to improve efficiency during the car’s manufacture as well as its use. the concept is one of fifty projects shortlisted from over 3200 submissions from 92 countries in designboom’s recent RENAULT 4 EVER competition, which asked participants to redesign the renault 4 with an eye towards historical lineage, contemporary aesthetics, and sustainable design.   made of stretched textiles on a tubular structure, the body uses considerably less energy during production than a conventional one made of steel. the doors are also open structures that require less material for manufacture. using nanotechnology, this body fabric allows solar energy to be absorbed and harnessed; the glass window surfaces are likewise converted into solar panels. having observed that the majority of a car’s life is spent unused and immobile, ‘r4 rally’ gives parked cars the new function of generating electricity–for both its own battery and general domestic use. 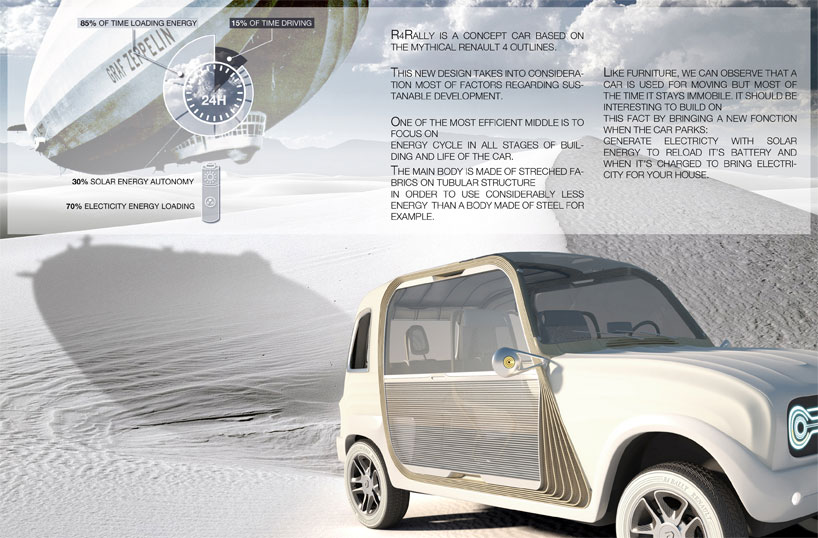 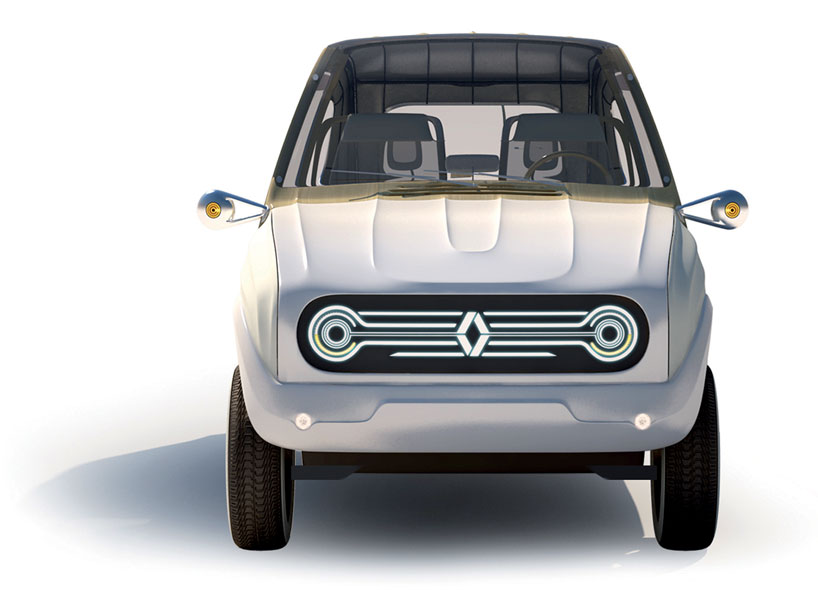 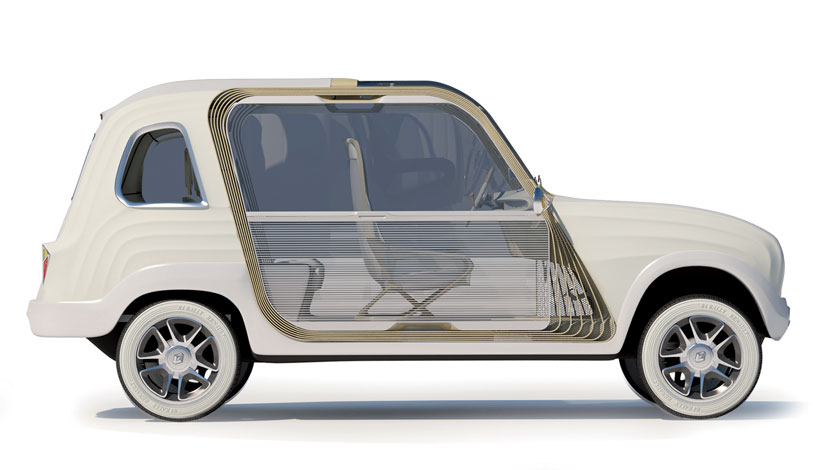 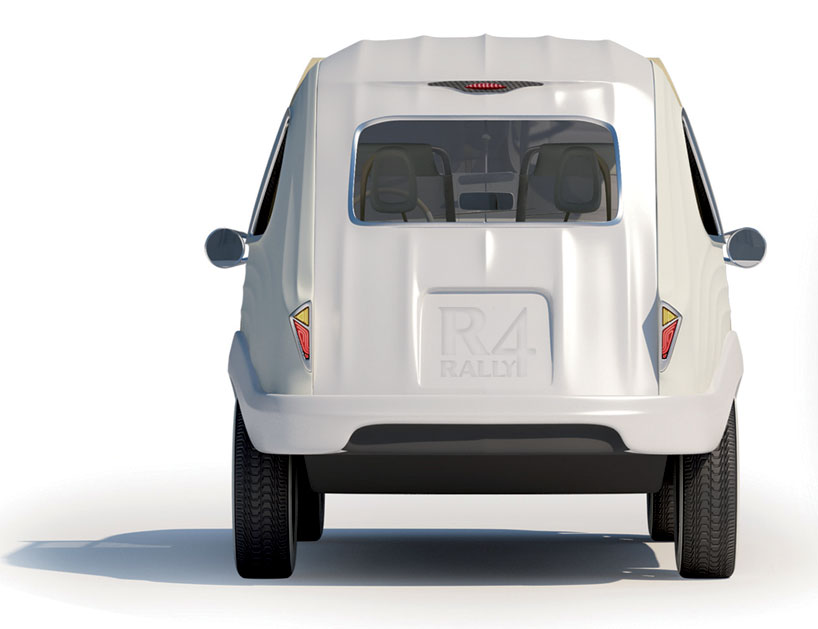 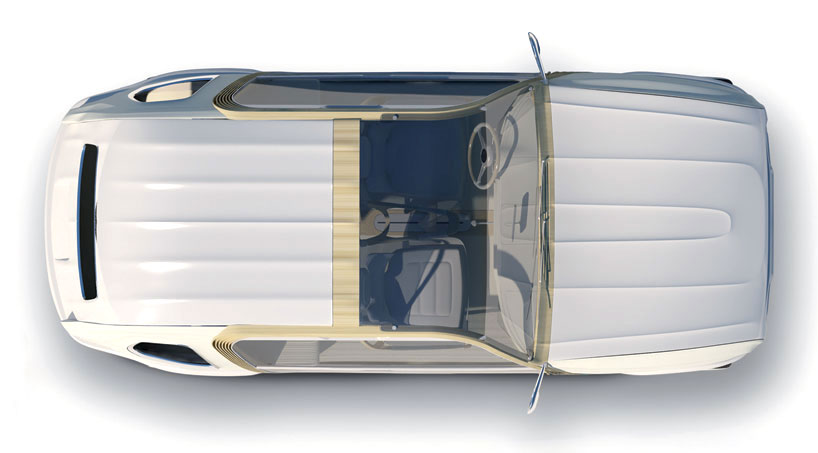 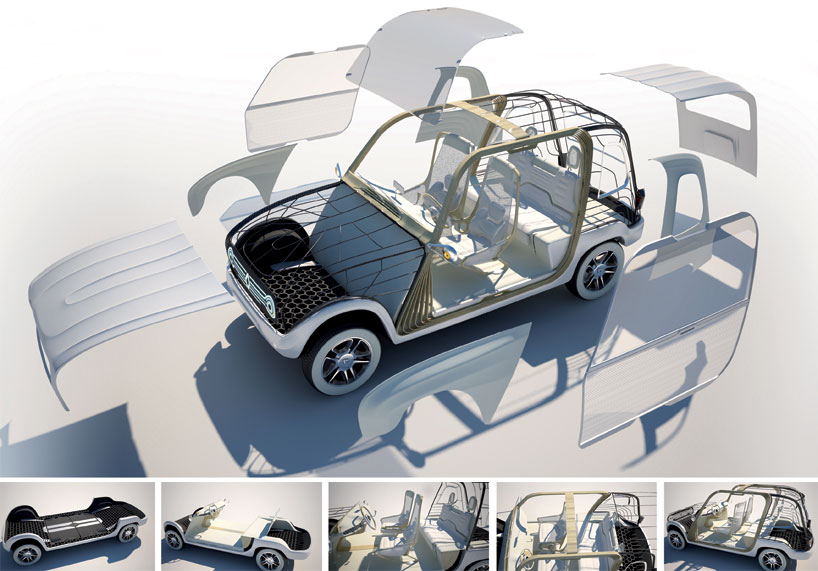 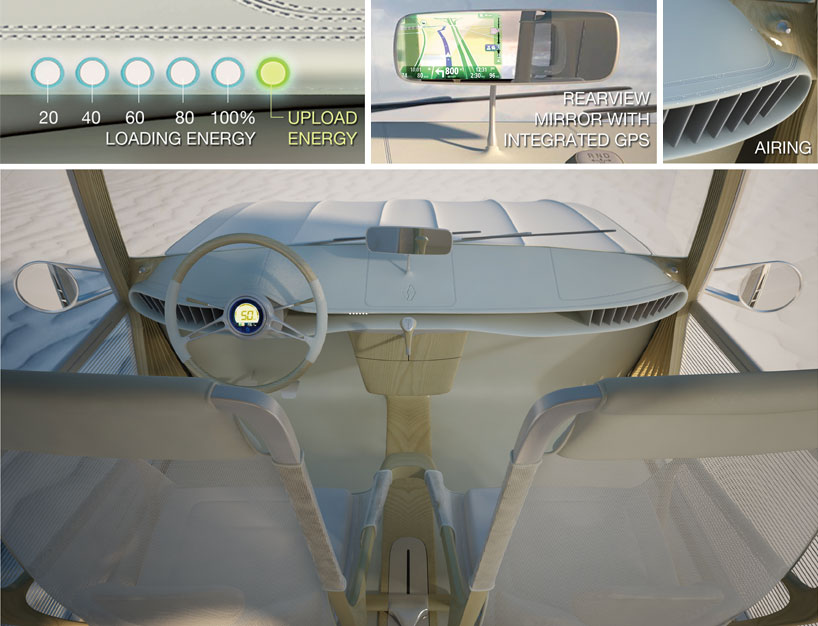 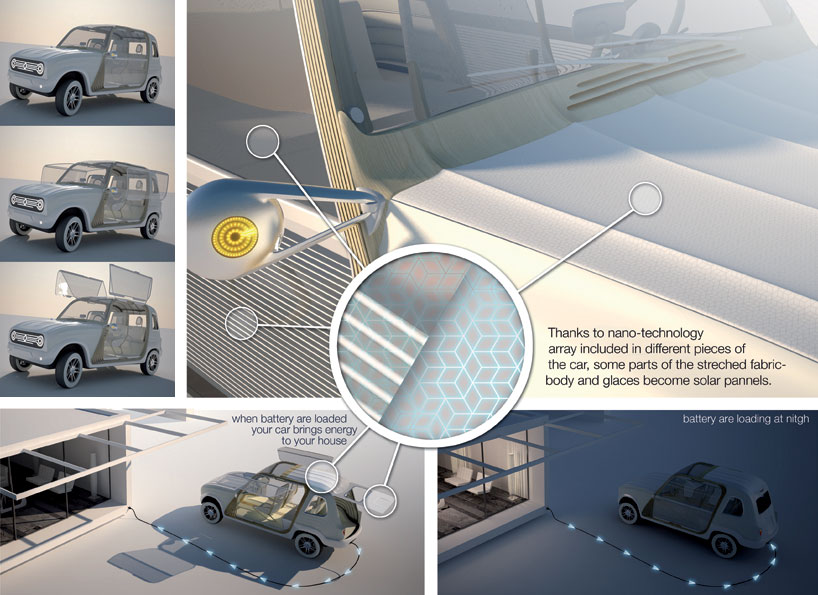