‘paolo pallucco: luck and sex. that’s all’ at ketabi projects

the first retrospective exhibition of italian designer paolo pallucco is currently on view at ketabi projects in paris. presented in collaboration with paul bourdet and ștefan cosma, ‘paolo pallucco: luck and sex. that’s all’ brings together an exceptional collection of some forty pieces designed by pallucco, mireille rivier, comme des garçons founder rei kawakubo, and other designers published by his company. collected over the last two years, the pieces on view retrace the pallucco adventure and tell the story of one of the most radical and committed designers of the 1980s.

THE STORY OF PAOLO PALLUCCO

born in rome in 1950 and originally trained as an architect, paolo pallucco founded his company, pallucco, in 1980, with the primary objective of producing reeditions of forgotten creations from the first half of the 20th century, such as the fortuny floor lamp, the chair by robert mallet-stevens or the sandows chair by rené herbst. the phenomenon of reediting was born in the 1980s, and the modernist style of the 1930s was rediscovered at the very beginning of the decade. ‘thanks to this first activity, pallucco has at its disposal the most advanced industrial production means, allowing it a few years later to produce a radical furniture of extreme quality,’ explains the exhibition text. ‘this particularity is quite unique for the 80’s, as designers often had a hard time finding industrialists bold enough to make their production tools available. his furniture is so well produced that he allows himself to add more or less absurd functions, industrial elements linked to the world of the machine, thus imitating modernist furniture characterized by the search for absolute functionalism and economy of means to the detriment of aesthetics or comfort.’

pallucco’s furniture can best be appreciated through the many references it integrates, from the vocabulary of warfare, as seen in the coffee table tankette (1987) and the armchair barba d’argento (1986), to the the poetry of rainer maria rilke. references from cinema, photography and the catholic religion are also evident in many of his works. another important aspect in the designer’s history is his collaborators, starting from his wife at the time, franco-swiss designer mireille river, who made his often crazy, surreal ideas feasible and producible. he also collaborated with star photographer peter lindbergh, and comme des garçons founder rei kawakubo, for who he produced all the furniture she designed for the brand’s boutiques. pallucco sold his company in 1988 and turned ‘the page in 1990, remaining forever a young designer of high integrity, not allowing half measures or concessions to alter his vision.’ ‘paolo pallucco: luck and sex. that’s all’ is on view at ketabi projects until march 20, 2022. a monographic work, including interviews with paolo pallucco, mireille rivier and their associates, as well as unpublished archives is in preparation and will be published soon. 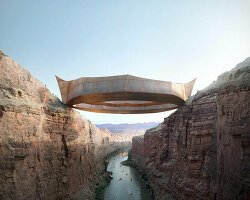 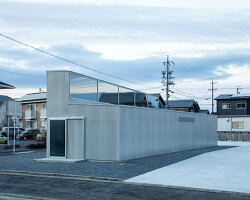 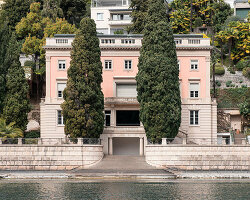 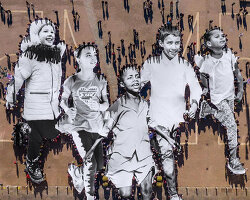 Feb 08, 2023
'the biggest action we've ever done': JR unveils the opening mural for his solo show in turin
interview: henning larsen architects on 'changing our footprint' exhibition at aedes berlin