this year, UK-based random international (stuart wood, flo ortkrass and hannes koch)is one of four emerging studios – practicing between the boundaries of art, design and architecture – selected as part of the ‘designer of the future award’ exhibition that will be on show at design miami / art basel 2010. the ‘designer of the future award’ winners 2010 were announced during milan design week, earlier this year. 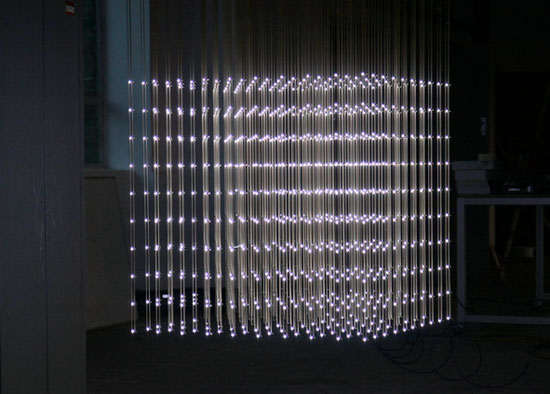 two new works, ‘self portrait’ and ‘swarm light’ will be showcased within hall 5 of messe basel from june 14th – 19th, 2010. as a teaser, random international has sent images of ‘swarm light’ made from LEDs, polished brass rods, custom circuit boards and driver software and hardware, behavioural algorithms, sound sensors, along with computer and interface. these components are arranged in three cubes which are each 81 x 81 cm. it is an experimental light installation, which subtly reacts to the viewer’s audible presence. 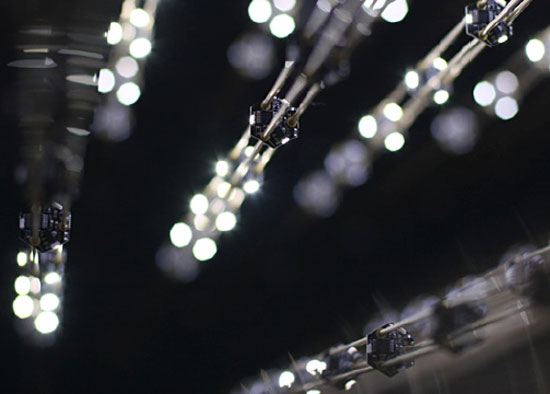 detail of LEDs and technical components 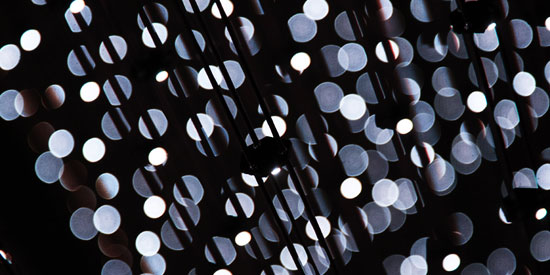 the illuminated effect of ‘swarm light’ 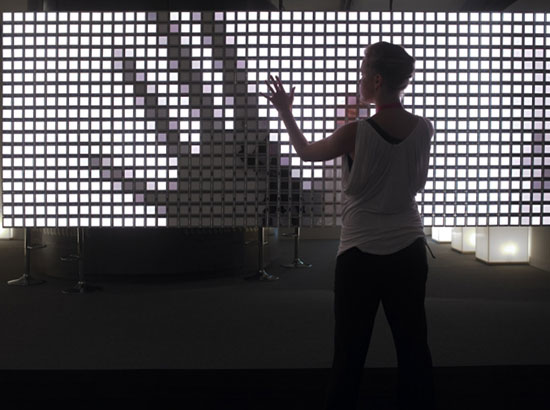 ‘you fade to light’
image courtesy of carpenters workshop gallery

in addition, random international will present their ‘you fade to light’ with the carpenters workshop gallery on the ground floor of the hall. the installation translates the viewer’s presence from a mirror image into light, encouraging a physical / kinesthetic engagement with light itself. 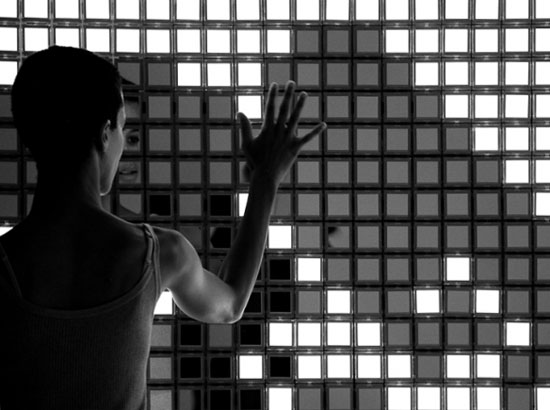 ‘you fade to light’
image courtesy of carpenters workshop gallery

all works are editions and available through carpenters workshop gallery. 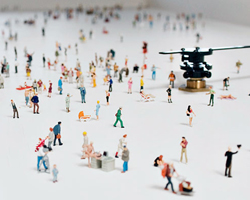