the ‘60s haight-ashbury inspired double decker bus photographed here is a tribute to san francisco. the man popping up from its indoor elevator is none other than randy grubb — the automotive artist responsible for jay leno’s tank car, proud owner of a pretty rad tie-dye shirt, and yes, creator of this two-story moving sculpture, ‘the magic bus.’ 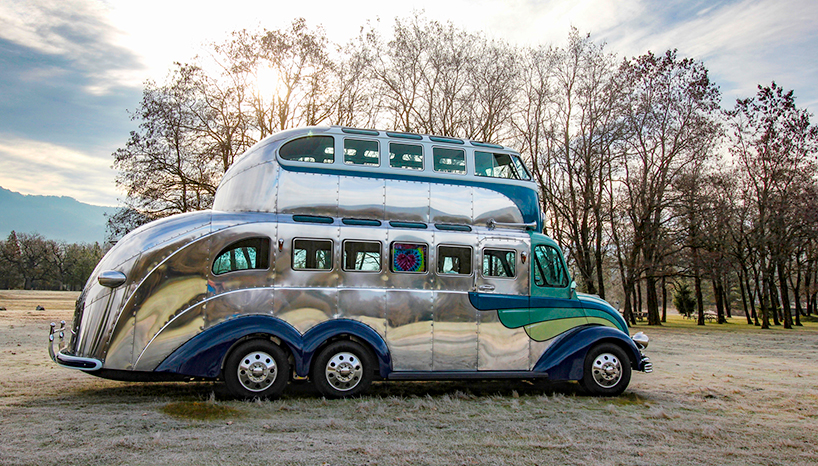 all images courtesy of stephanie carlson

it has the nose of america’s iconic milk truck, the ’47 divco, the upper body of a 23-window VW kombi van, the chassis of a ’73 GMC motorhome, all powered by a 455 olds engine. the front bumpers come courtesy of a ’49 plymouth and a ’57 corvette and the rear bumpers are styled to the tune of a ’59 VW bus. 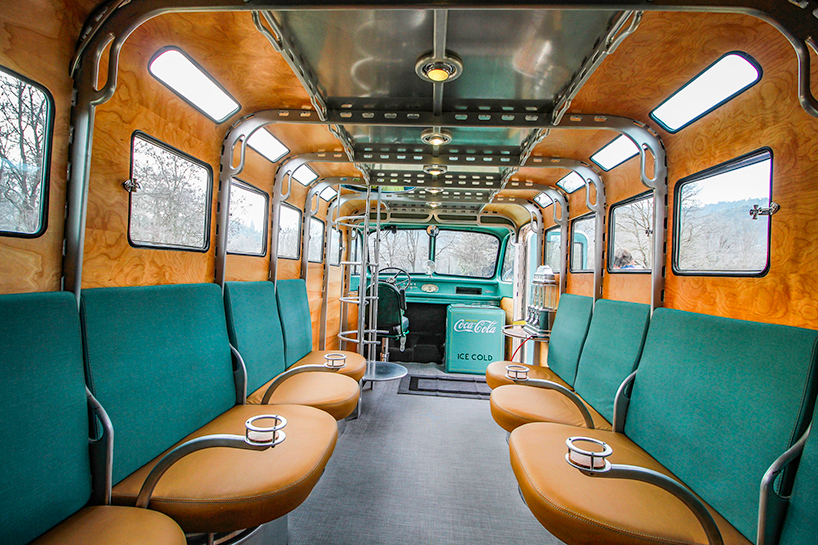 the elevator is powered by an ATV winch motor and pulleys that randy hid beneath the floorboard. the overall design took inspiration after the jupiter 2’s transport tube, from the 1960s TV series, ‘lost in space.’ this magic bus, along with other original grubb inventions, were on display at the grand national roadster show in pomona, california, at the end of january, 2019. now, the magic bus plans to voyage private members of a local club called ‘the battery,’ to and fro through the city and countryside of san francisco. 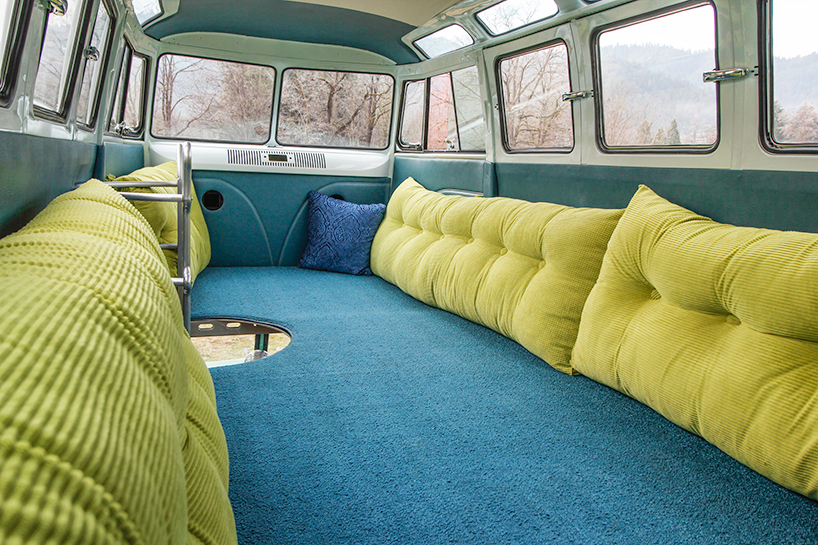 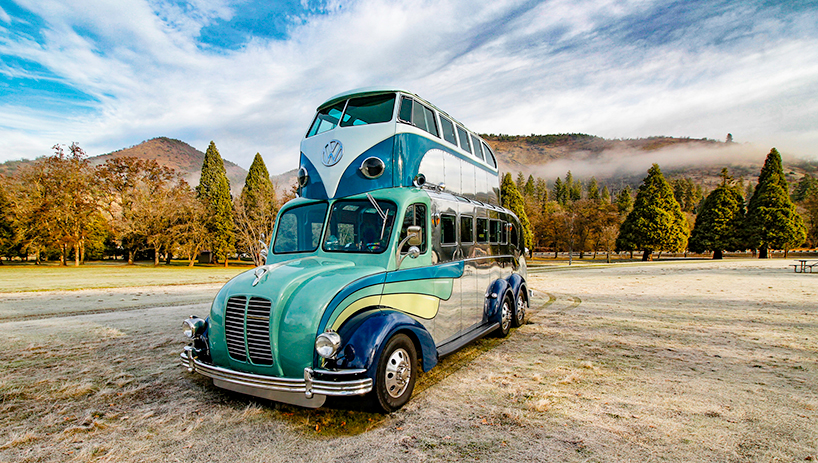 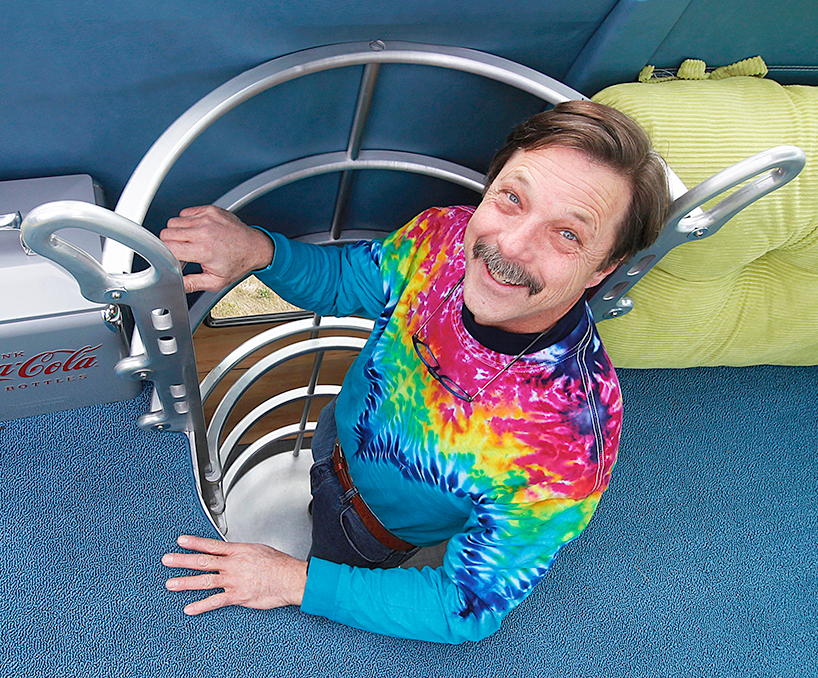 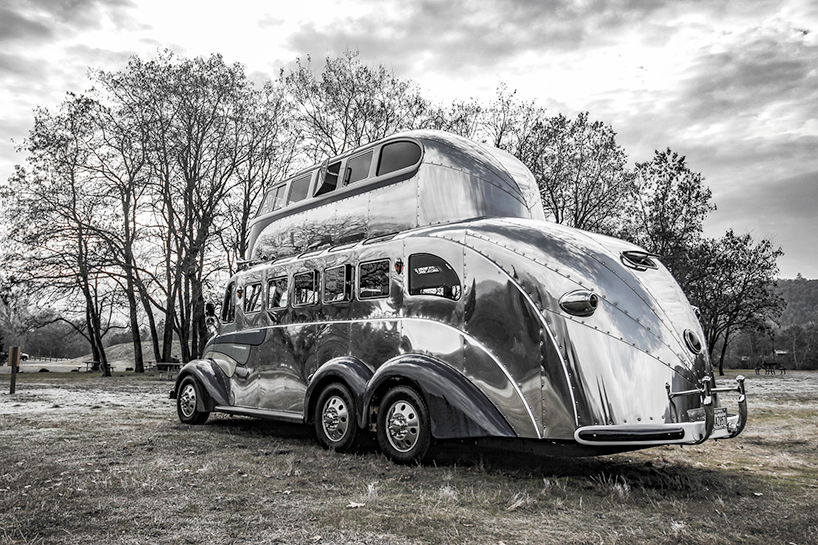