‘cryptographer’ by raw color all images courtesy of the designers

dutch studio raw color has developed a cryptographer which generates a pattern based on words which have been translated into a code. presented at the dutch invertuals ‘retouched’ exhibition during milan design week 2012, their project explores the concept of the personal message and its delivery becoming predominantly digital, something that is intangible, floating in the air and only readable on a screen, contained within a machine. raw studio’s pattern-generator makes this text physical.

bleach is applied to textiles via a pen which is attached to the print head of the cryptographer. each letter character transformed into a specific icon, offering an encrypted code of sorts whereby the result is a constantly changing pattern depending on the user’s textual input. the whitening agent has a different reaction to each textile dye, thus further varying the shades of the resulting patterns. size and scale are determined by the amount of words sent to the printer.

the final software and interface is developed in collaboration with remon van den eijnden and peter bust. the elementary programming and direct control elements of the engines were done by bart van der linden. studio watt was responsible for the engineering and eletronica. 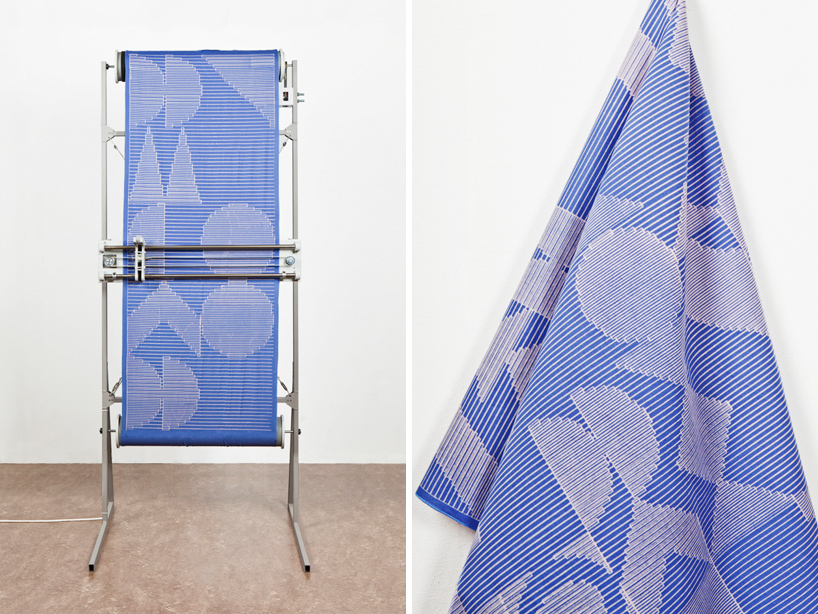 the ‘cryptographer’ and resulting ‘coded’ pattern 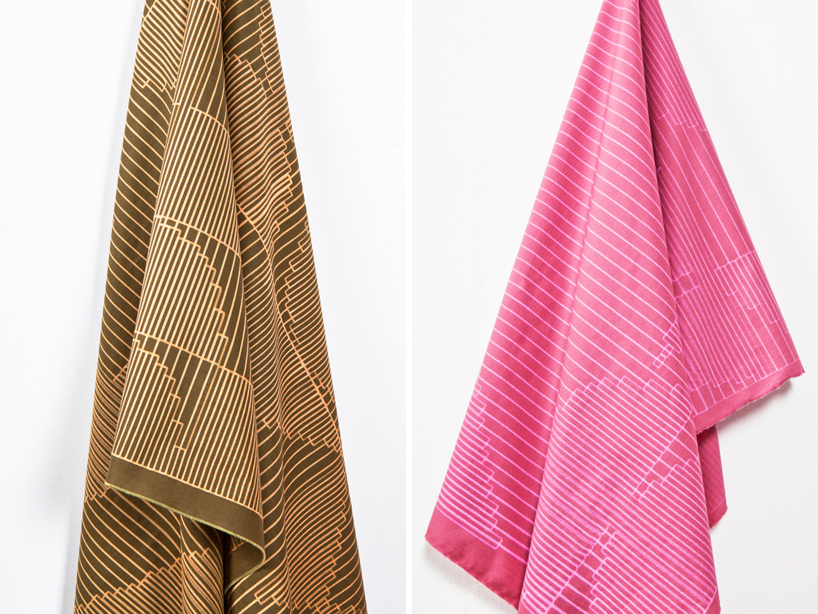 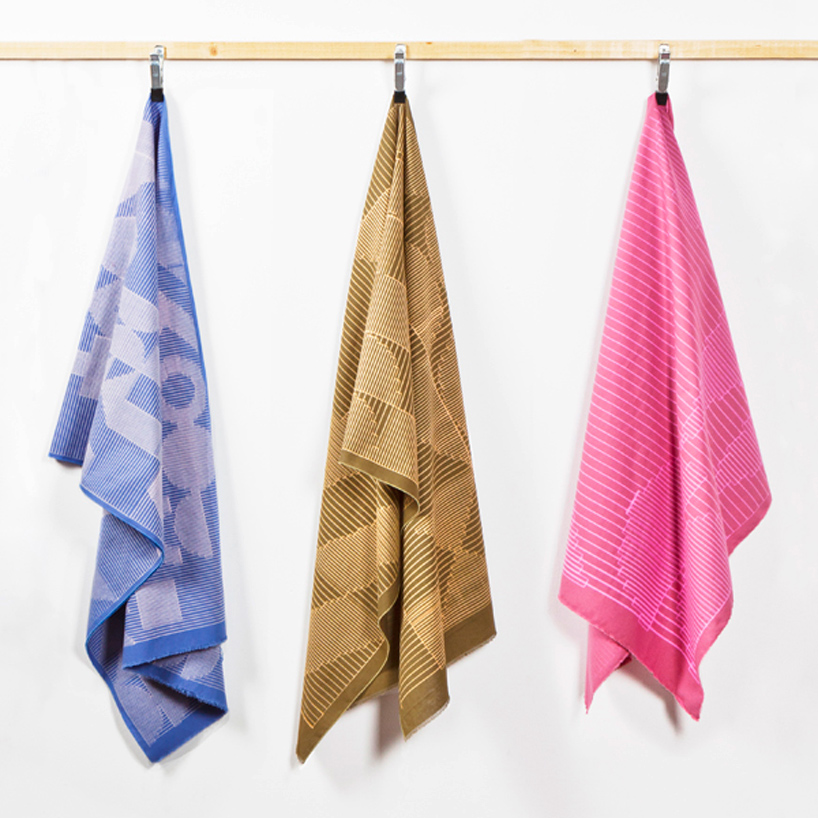 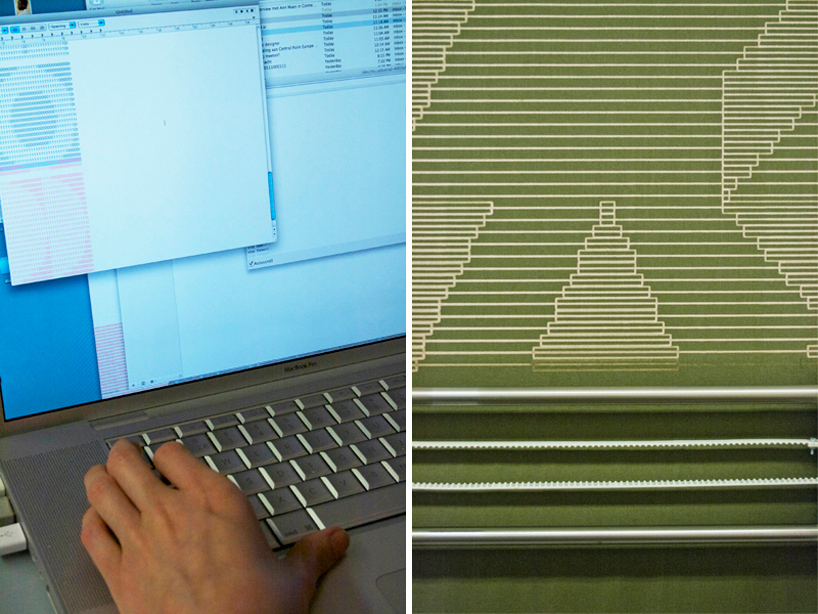 letters are translated into individual icons to create the patterns 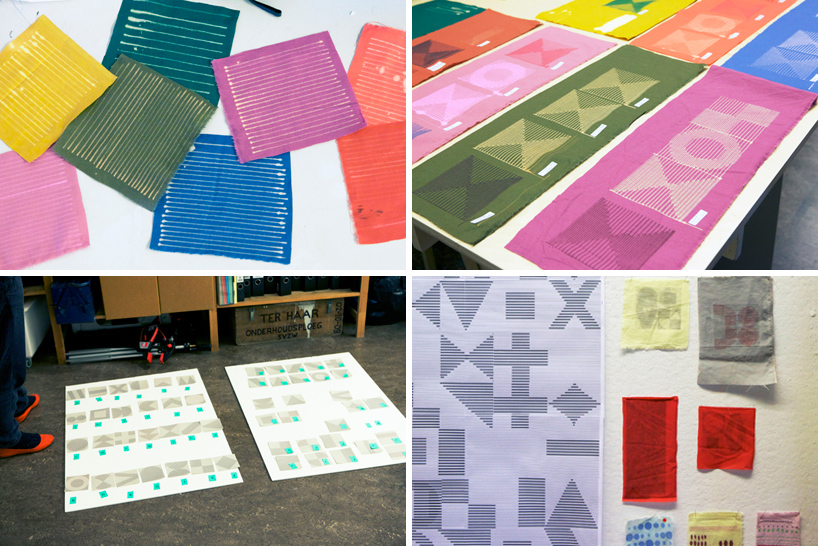 the characters and their related icon