the eindhoven-based creative studio raw color has developed a new still-life photographic series ‘nowness martin creed x pierre gagnaire’ of sketch restaurant in london picturing two deconstructed dishes from the menu. the entrees, developed by the establishment’s chef pierre gagnaire, are dedicated to artist martin creed as the artist has revitalized the restaurant’s interior with his exhibition of creative works and choice in furnishing decorating the space. the dishes, entitled ‘navet martin creed’ and ‘dundee pinky’, have been taken apart and subsequently reassembled as temporary vertical sculptures. the fleeting food images have been captured as graphic still lifes. raw color’s photographic series of the revisualization of the honorary menu items was commissioned by the london-based publication nowness.

‘the cooking side of the project was harder to translate into our own visual language, but looking at creed and his approach to projects, how he organizes things, stacking from big to small, we knew we could take the ingredients and do something similar with them‘ -christoph brach, one half of raw color with daniera ter haar. 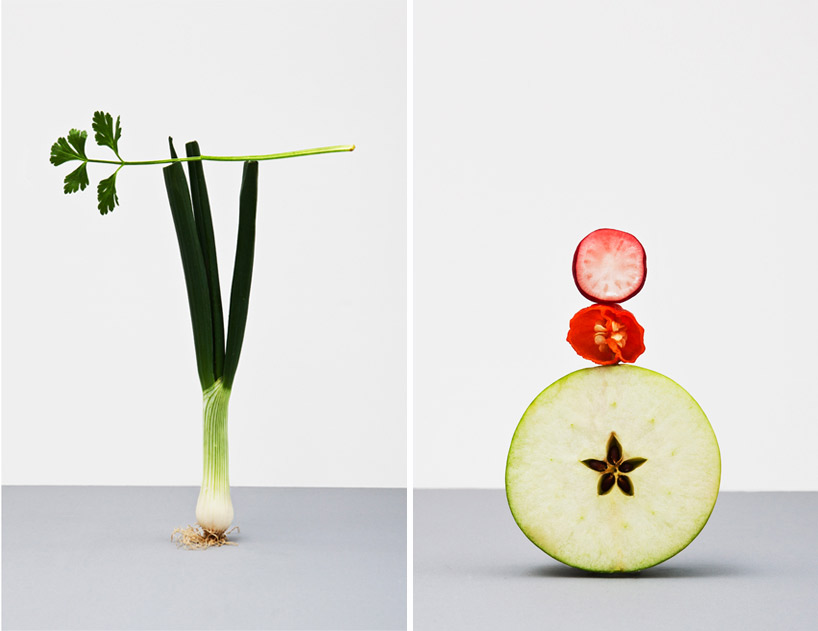 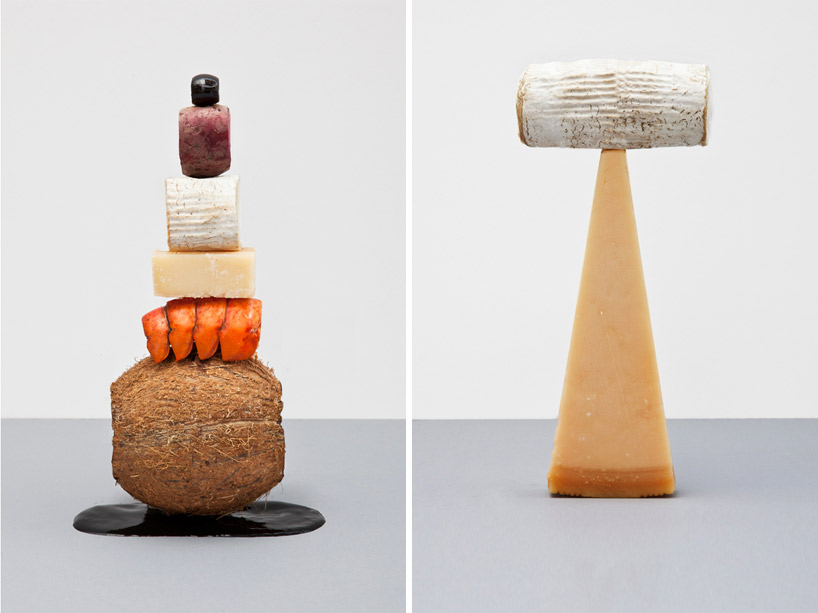