caesarstone is a company known for its manufacturing of quartz worktops that can be applied to a number of domestic and commercial applications. wanting to push the boundaries of their product, they employed london-based studio raw edges to reconsider the ‘surface’ in the context of the home. the result is ‘islands’ a series of modular pieces that utilizes caesarstone instead to create three-dimensional structures — a display of cabinetry, appliances or separate containers — that express the versatility of the material. the components designed by raw edges address a number of zones found in one’s dwelling: kitchens, bathrooms, spaces whose surfaces answer to more emotional needs such as play, and can be slotted together, rather than simply being placed on top or around one another, to form numerous arrangements that address working, storage and general living. 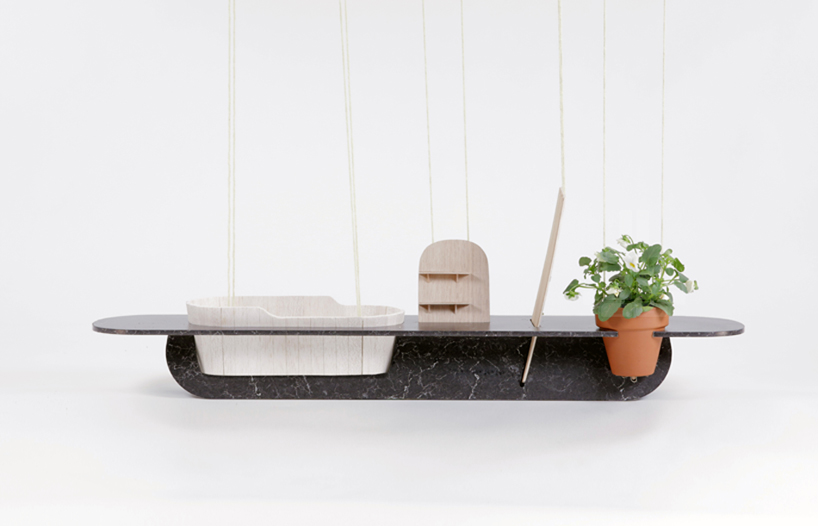 to create ‘islands’, raw edges has pulled from caesarstone’s extensive catalog, focusing on the ‘classic’ collection as their main source of influence for the project, in particular the 2014 supernatural designs. the basic forms which support ‘islands’ can be accompanied and enhanced with separate units that are made from materials like glass, reclaimed wood and terracotta, highlighting the already natural textures of caesarstone — a celebration of mundane objects, emphasizing just as much their form as the matter from which they’re made from. 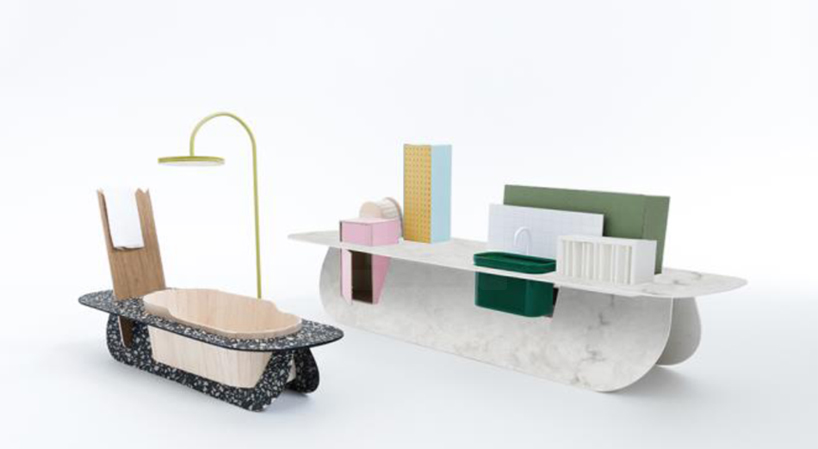 ‘islands’ is an unconventional take on modular systems

‘a great opportunity to experiment with everyday areas like kitchens and bathrooms. we always strive towards the alternative, the humoristic and always question the traditional approach to design.‘

‘if in a common kitchen the surface is only a top layer that covers the kitchen units, here we would like to propose the surface as the core of the kitchen which holds the different elements together in quite an unexpected way.’ 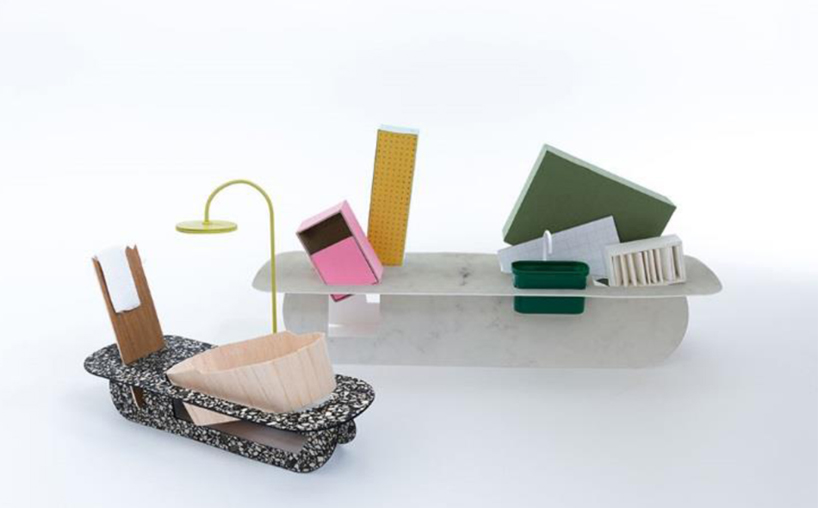 ‘in the ‘islands’ installation we are showing how caesarstone as a main sculptural element can interact and hold other elements together, for example kitchen cabinets, bath tab fish tanks and wooden building blocks. in the animation we wanted to share a glimpse behind the scene and to focus on the very moment of when the different pieces  are sliding into the ‘islands’.’ – yael mer and shay alkalay of raw edges 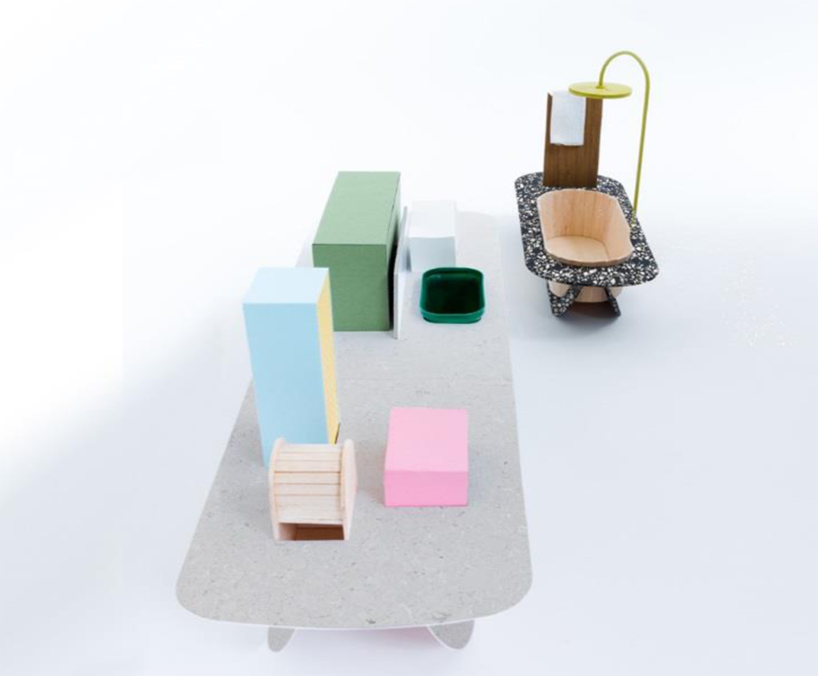 ‘caesarstone is continuously seeking new and creative ways in which to reaffirm its position as a global-trendsetter and leader in the industry. we are proud to work with a designer who rethinks the domestic environment, explores the surfaces’ unique properties and who may enhance them with a creative exploration of colours and materials.’ – eli feign, VP of marketing at caesarstone 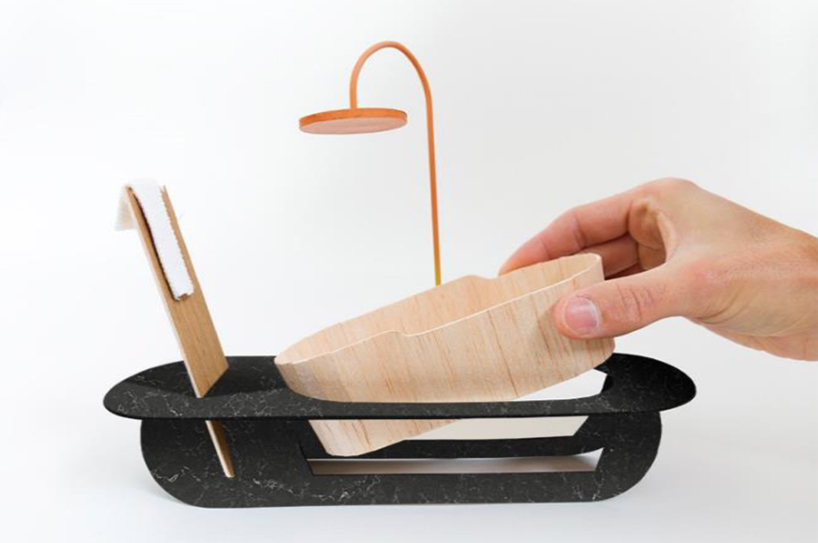 ‘islands’ is being presented at the toronto interior design show from january 23-26, 2014. 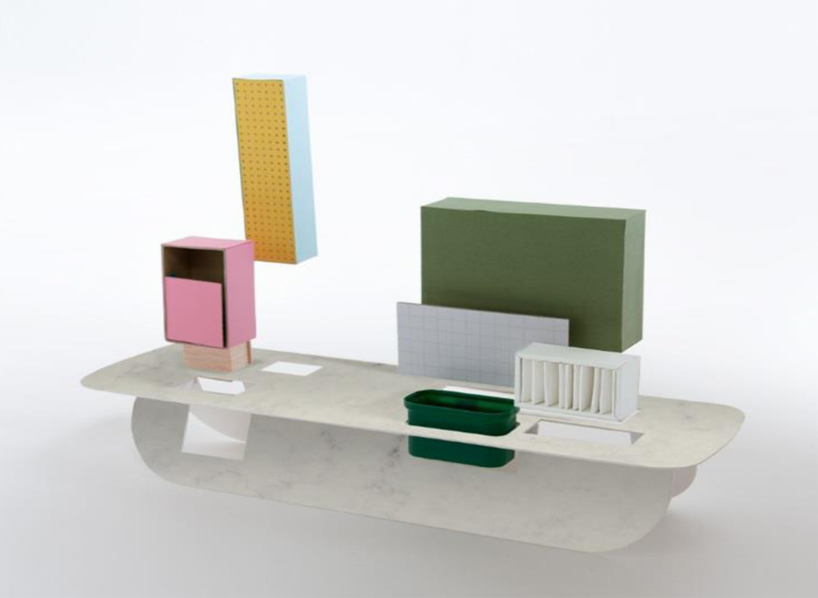 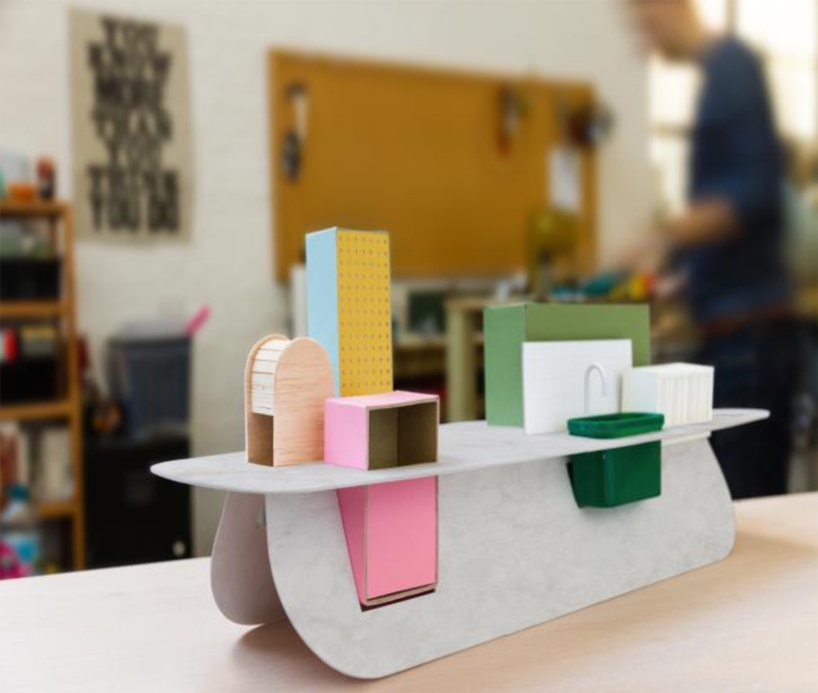 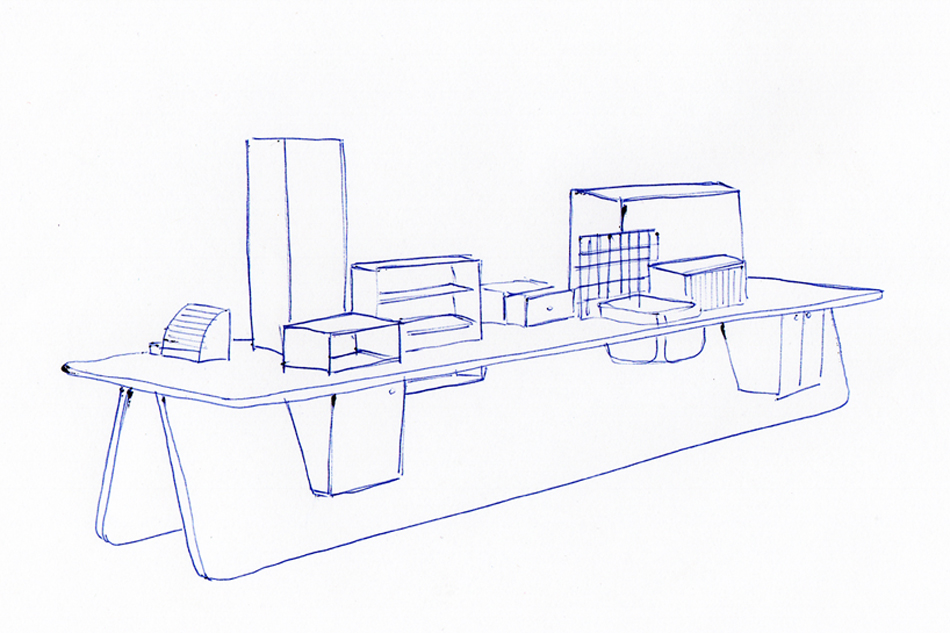 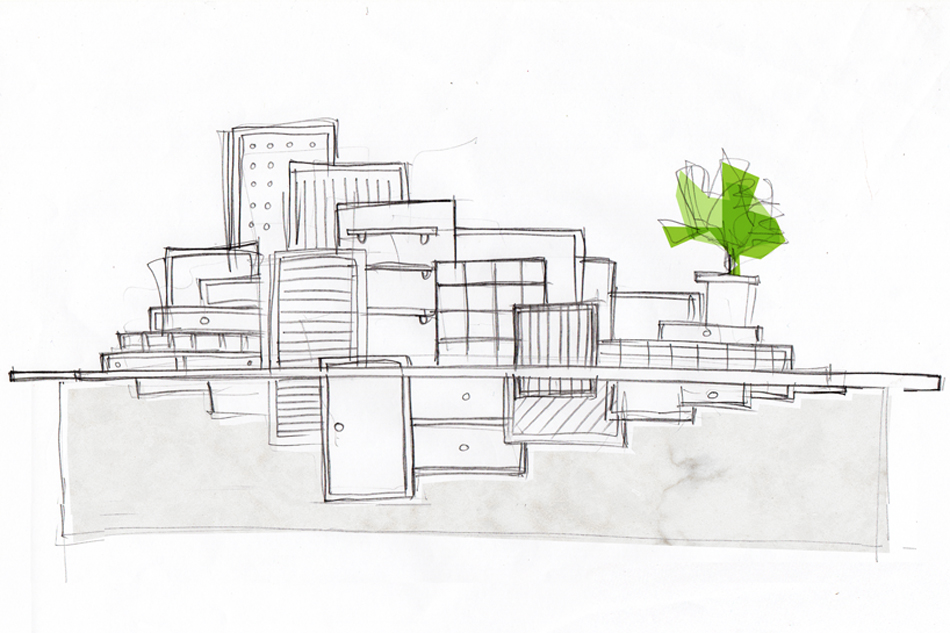 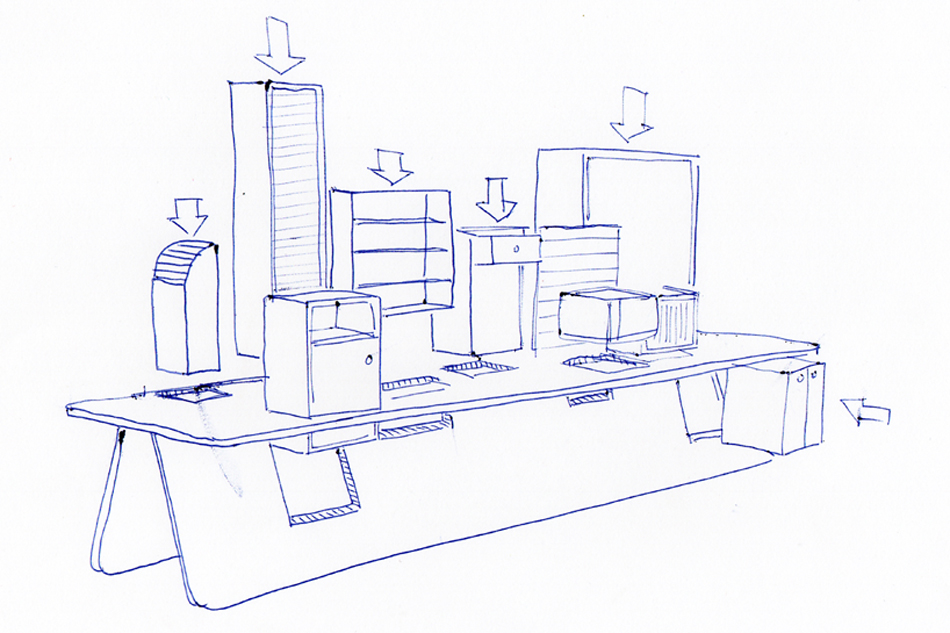 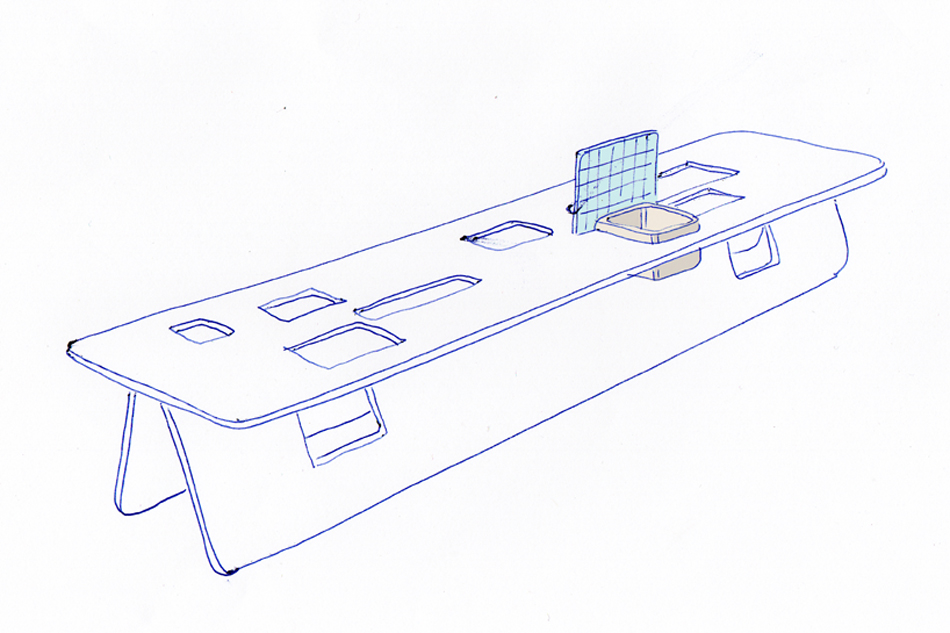 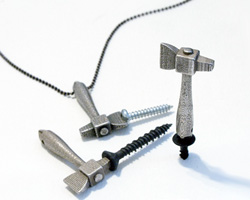 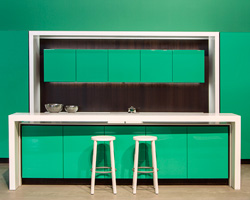 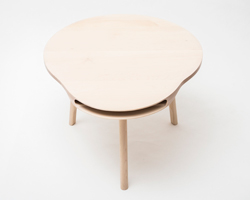 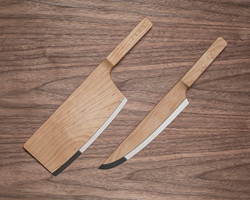 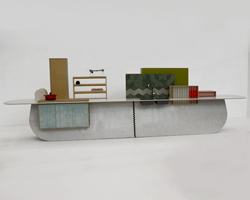