the name ‘re-edit was chosen to describe the process of altering something already in existence to bring out and preserve its inherent value. japanese firm sides core, completed ‘re-edit’ for a dear entrepreneur friend that decided it was time to venture out on his own. the stylist wanted to create a space for people to come, relax, get a haircut, and leave with hearts and minds feeling refreshed. 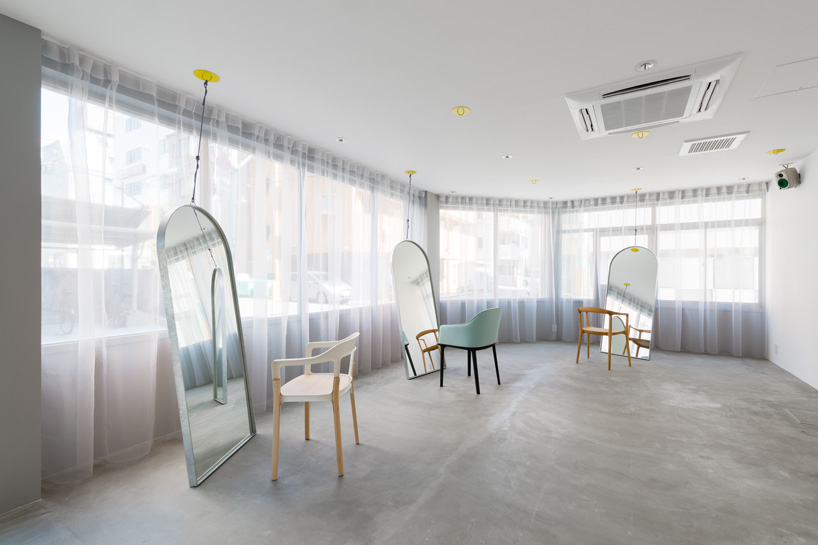 after some searching, an aged corner lot was decided upon. the existing façade was painted grey, as was the interior, to provide a sense of neutrality for clientele. inside, the area is characterized by a freely editable layout. mirrors and shelves hang from a ceiling grid rather than attaching to walls, so furnishings can be positioned to fit any purpose or situation. 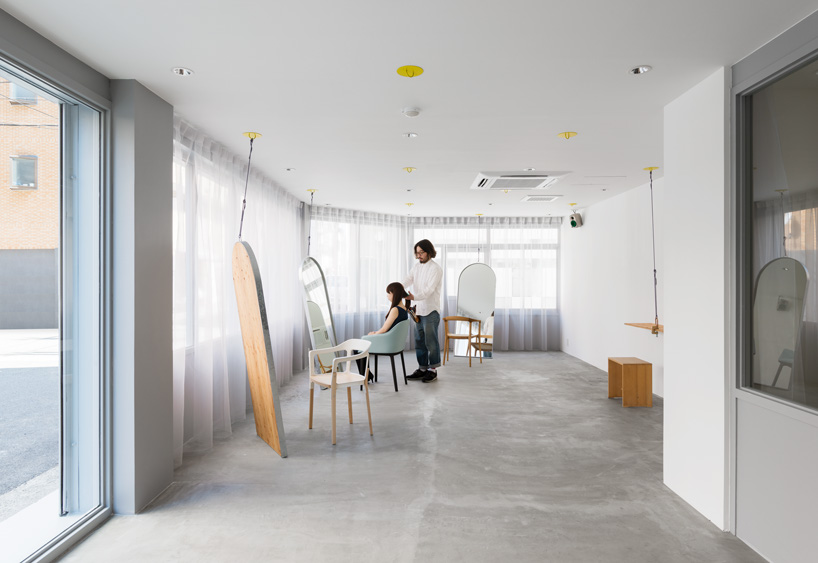 two sides of the property are opened to the outside environment with large, wrapping windows. thin curtains cover the windows, limiting views to the interior, and diffusing natural light to a pleasant glow that eliminates the need for artificial light. red and yellow colors were sampled from pre-existing light fixtures and reappear again and again in the space as little pops of accent. the feeling of freedom and lightness in the salon is the perfect environments for clients to relax, rejuvenate, and leave with hearts, minds, and hair refreshed. 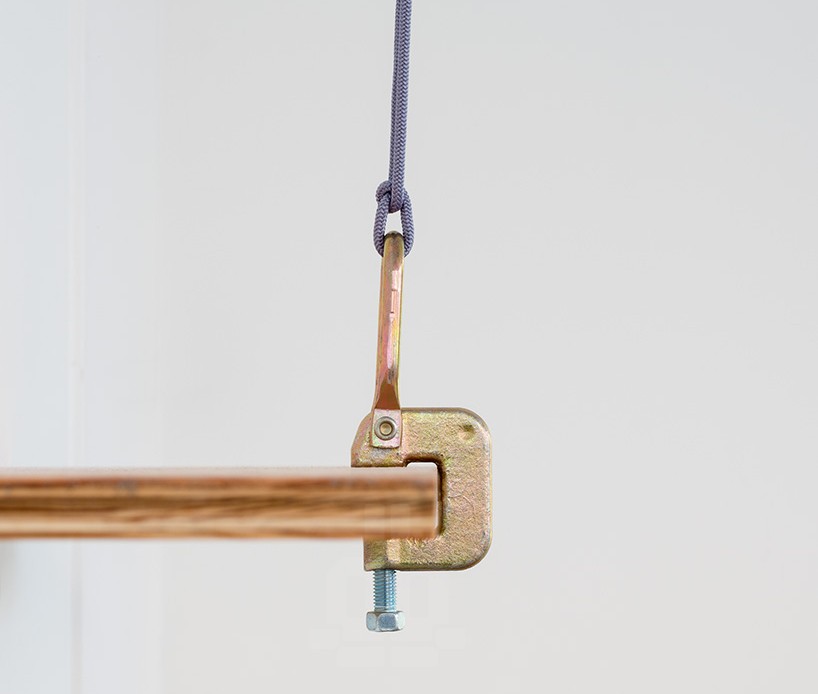 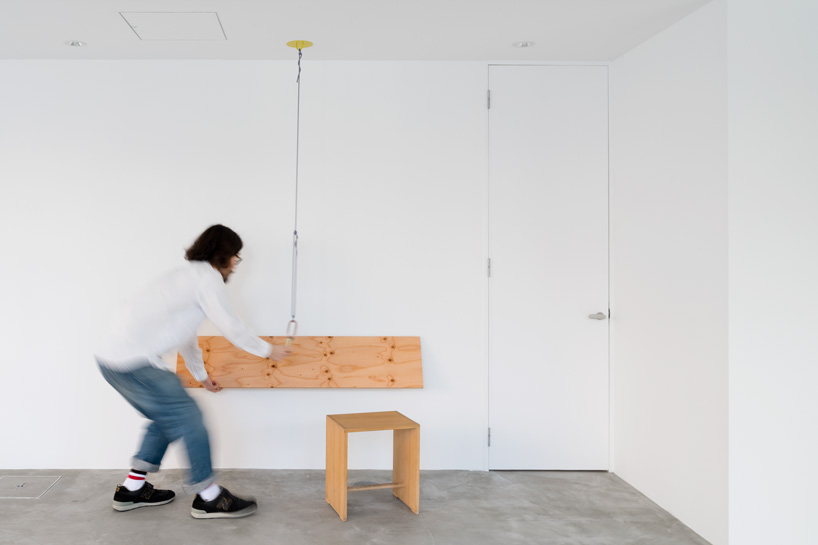 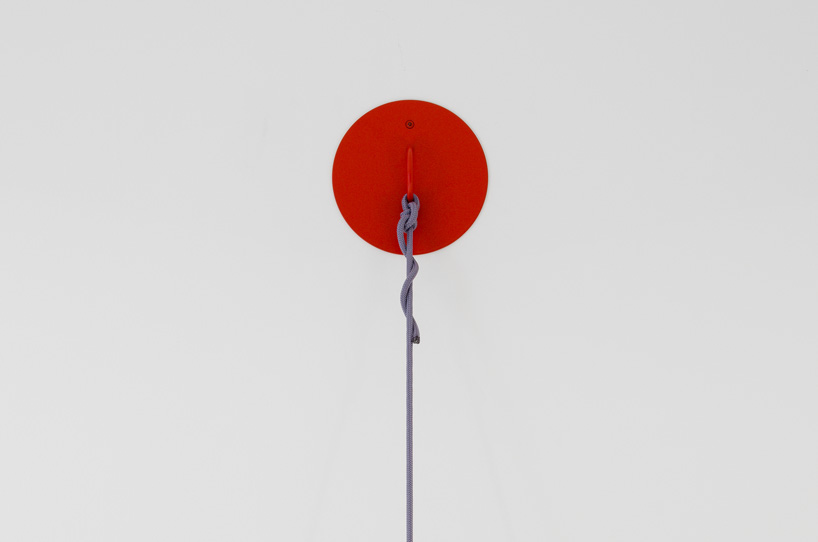 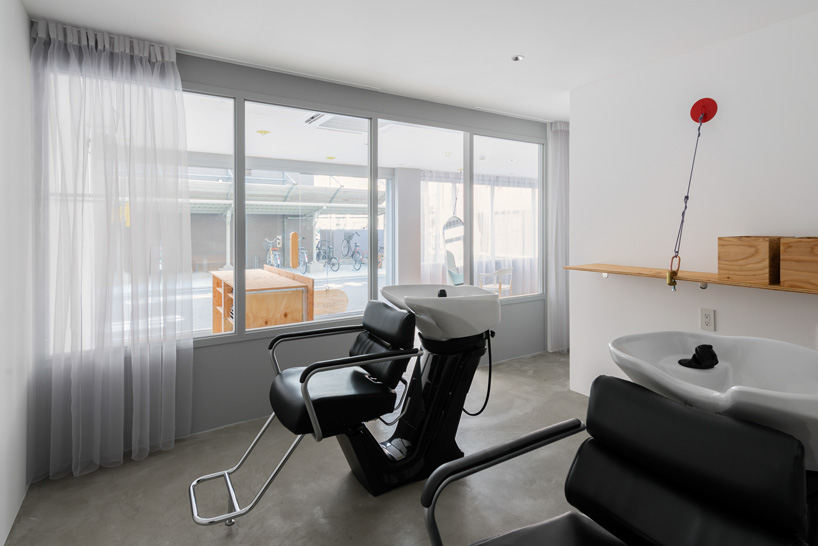 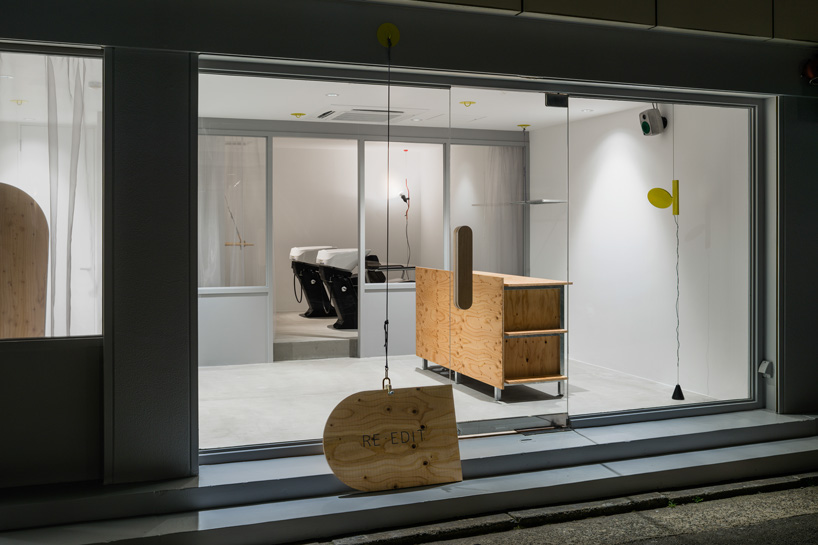 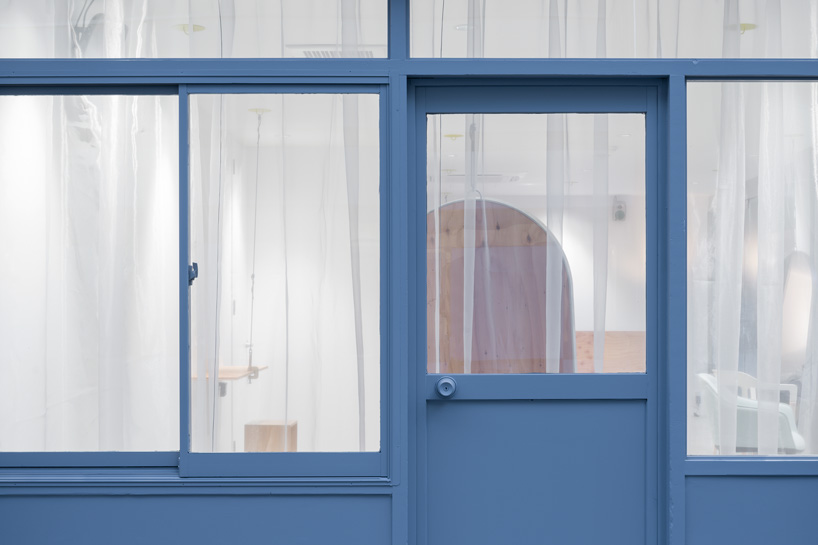 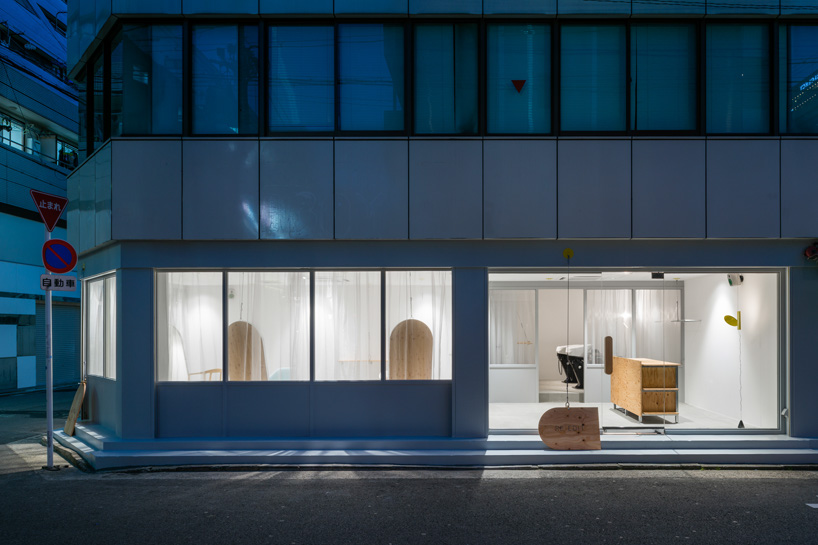 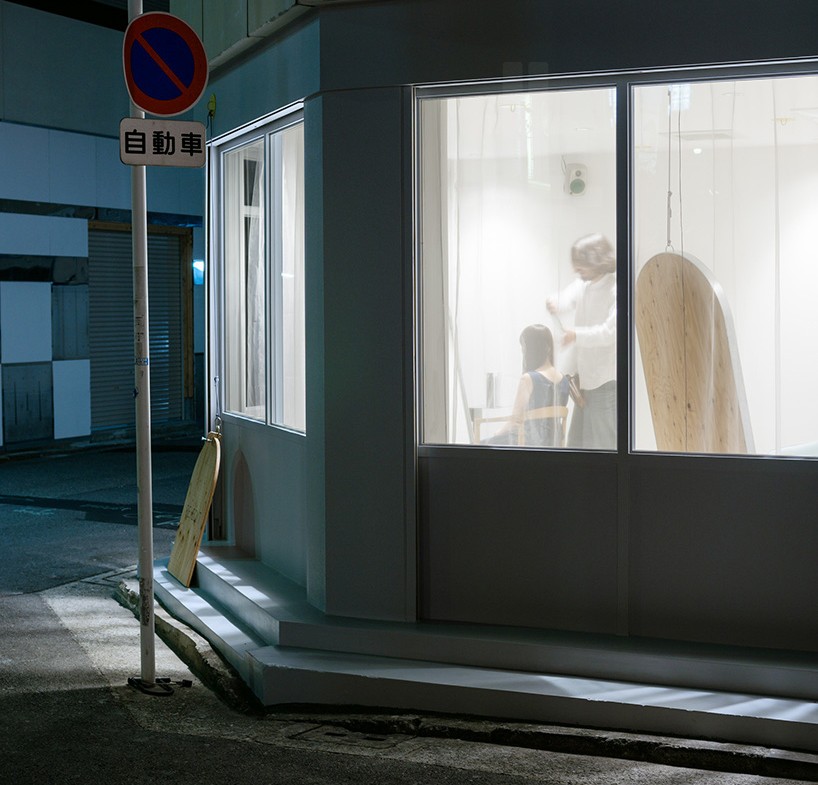 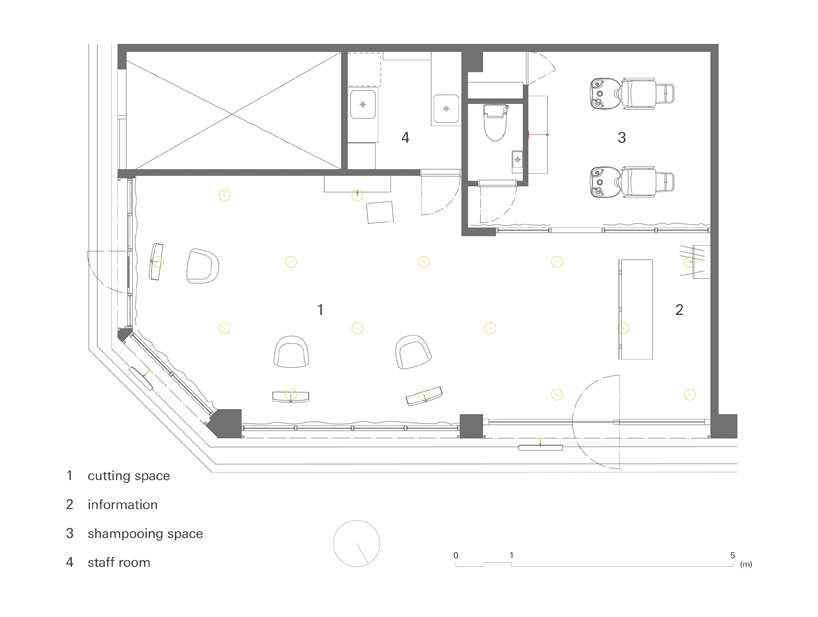 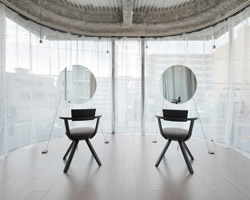 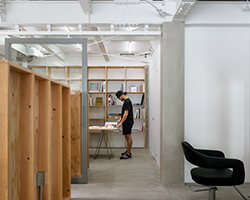 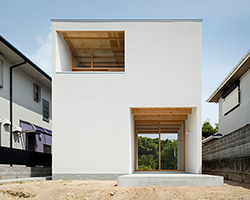 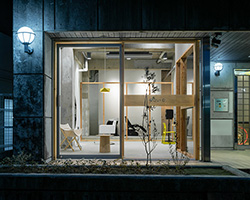 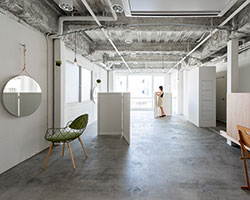