national geographic’s TV series ‘how hard can it be?’ launches a small house into flight using only balloons

in a project organized by national geographic, a team of engineers, scientists, and balloon pilots transformed fiction into reality when they launched a small house into the skies, modeled after the pixar film ‘up’.

complete with people onboard, the house was lifted 10,000 feet (3,048 meters) into the air, and flew for about one hour. 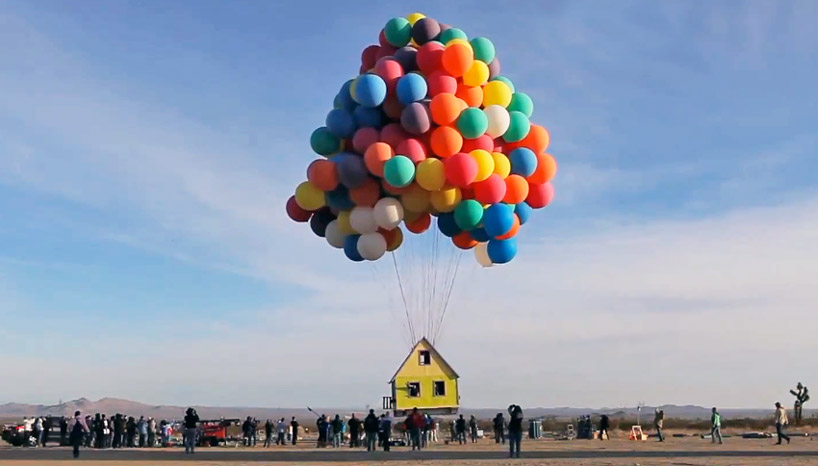 the house taking off

from concept to flight, the entire project was realized over the course of two weeks as a feature for national geographic’s new television series ‘how hard can it be?’.

the engineers discovered that floating a full-size house is in fact an extremely difficult task. the structure that they built for the project is 16 feet square, weighing about 2,000 pounds and carrying about 600 pounds of crew.

each of the three hundred balloons used an entire tank of helium to inflate to eight feet tall. together the balloons measure over ten stories, realizing a world record for largest cluster balloon flight ever attempted.

left: view of the balloons above, as seen from within the house right: three hundred balloons, each measuring 8 feet tall when inflated, were used for the project 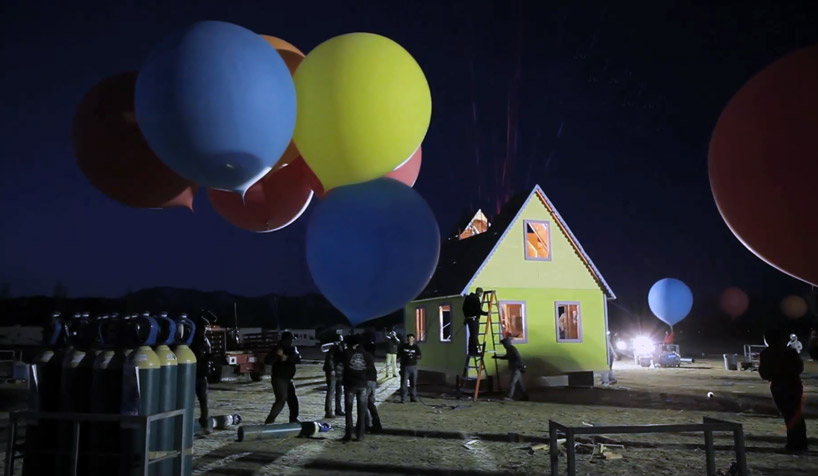 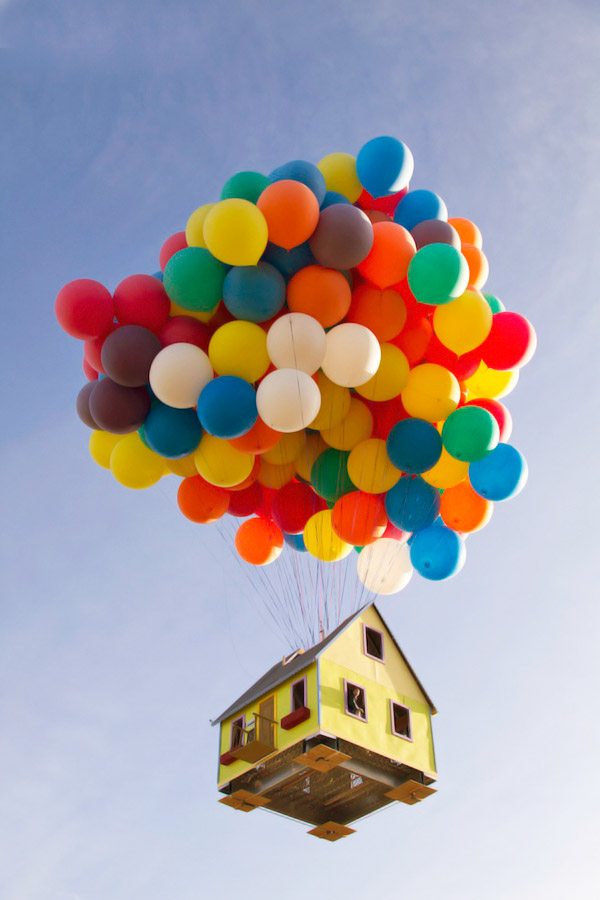 national geographic’s documentation of the project