re:design pays tribute to the friends TV show with iconic poster
all images courtesy of re:design

once a week, from 1994 to 2004, families around the world would gather in front of their televisions to watch ‘friends’. the concept was simple, take six people with lovable, zany characteristics, and place them in the heart of new york city. as a result of its popularity, a majority of viewers came to think of rachel, ross, monica, chandler, phoebe, and joey almost as real people. paying tribute to the show, re:design (eurydyka kata and rafał szczawiński) has created a series of 236 icons capturing the essence of the most important moments from each episode. 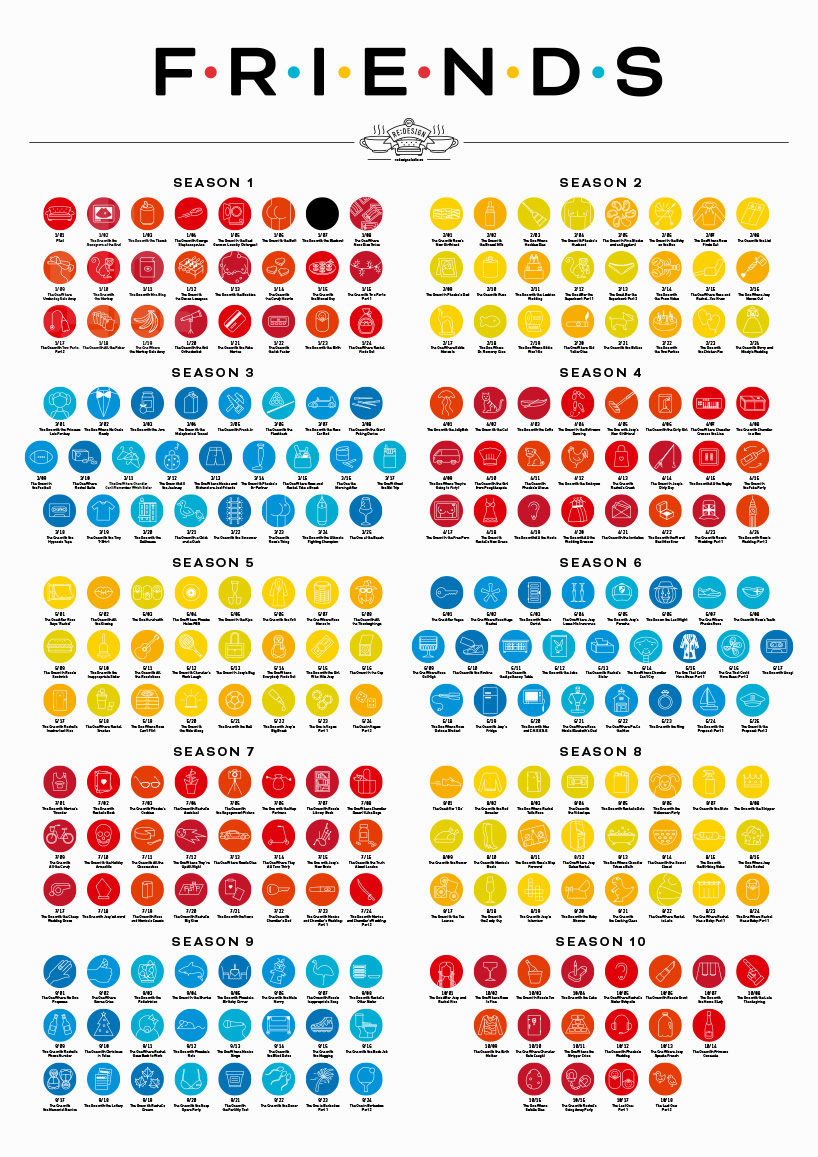 236 icons to represent each episode

‘we did grow out of the show but if we caught a glimpse sometimes, we still appreciated its charm,’ the designers state. ‘so when we realized 2014 was both the 20th anniversary of the first episode and the 10th one of the last one, we decided to celebrate this occasion with a tributary poster. in january, netflix made the show available online and we used this date as a deadline for our project. re-watching the show, we still enjoyed many of its aspects and we hope our collection of icons serves to remind other fans of their favorite times with the show.’ 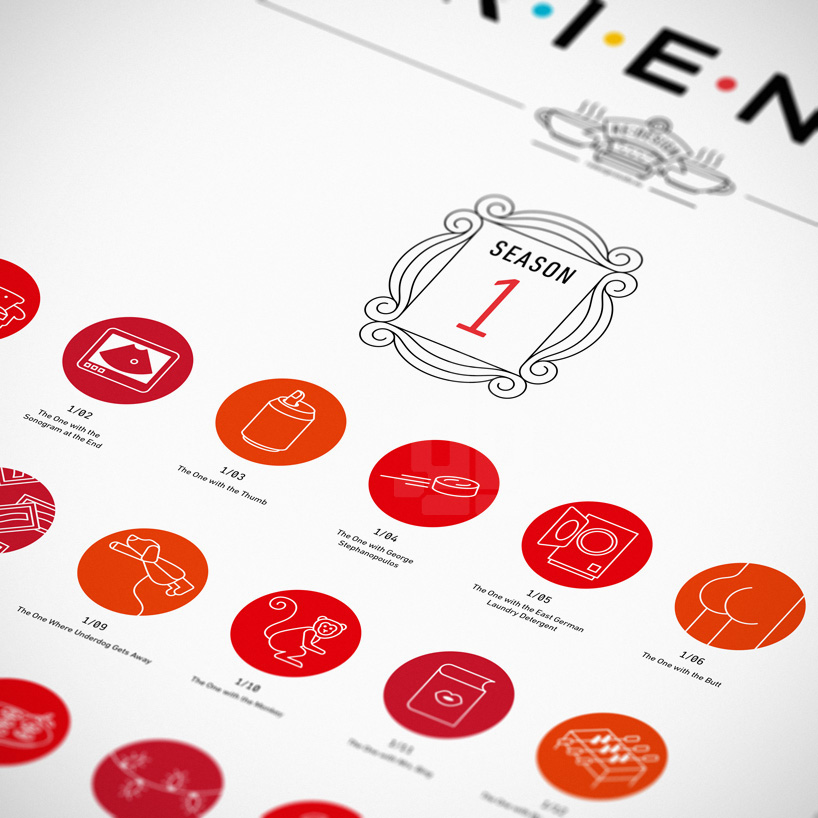 close-up of poster for season 1 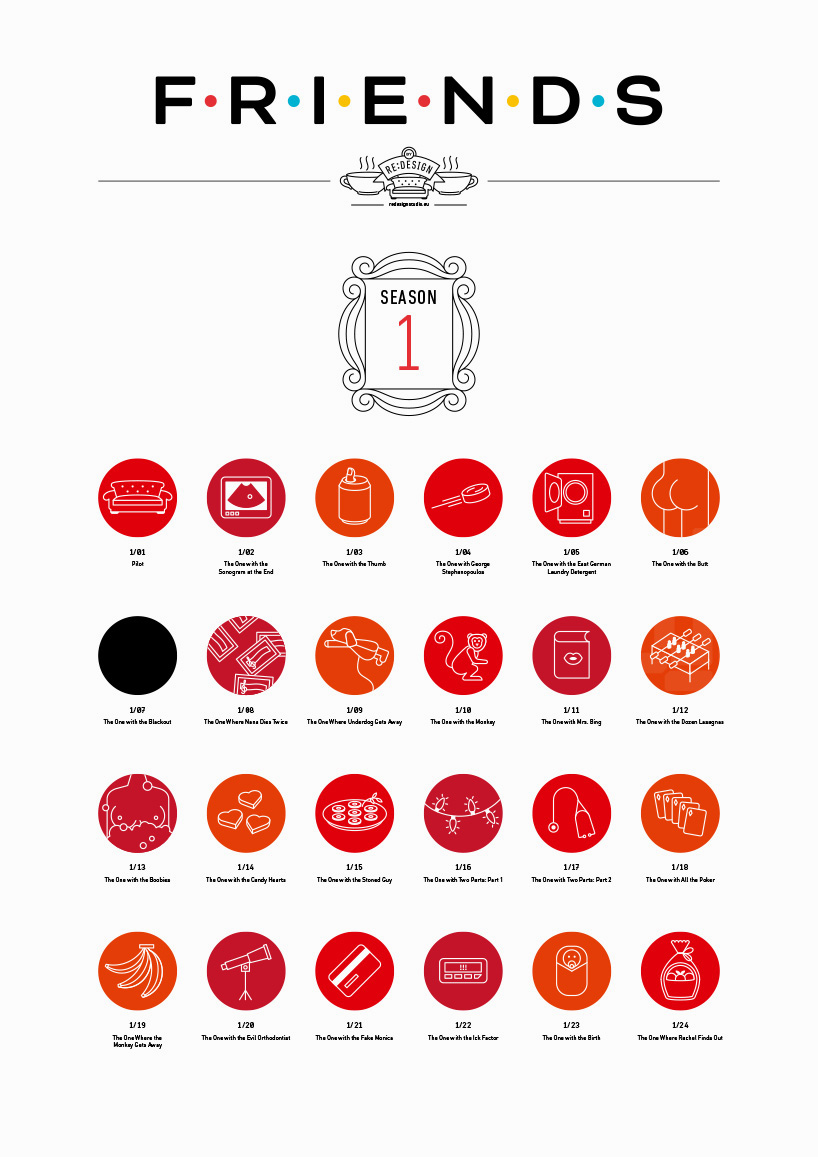 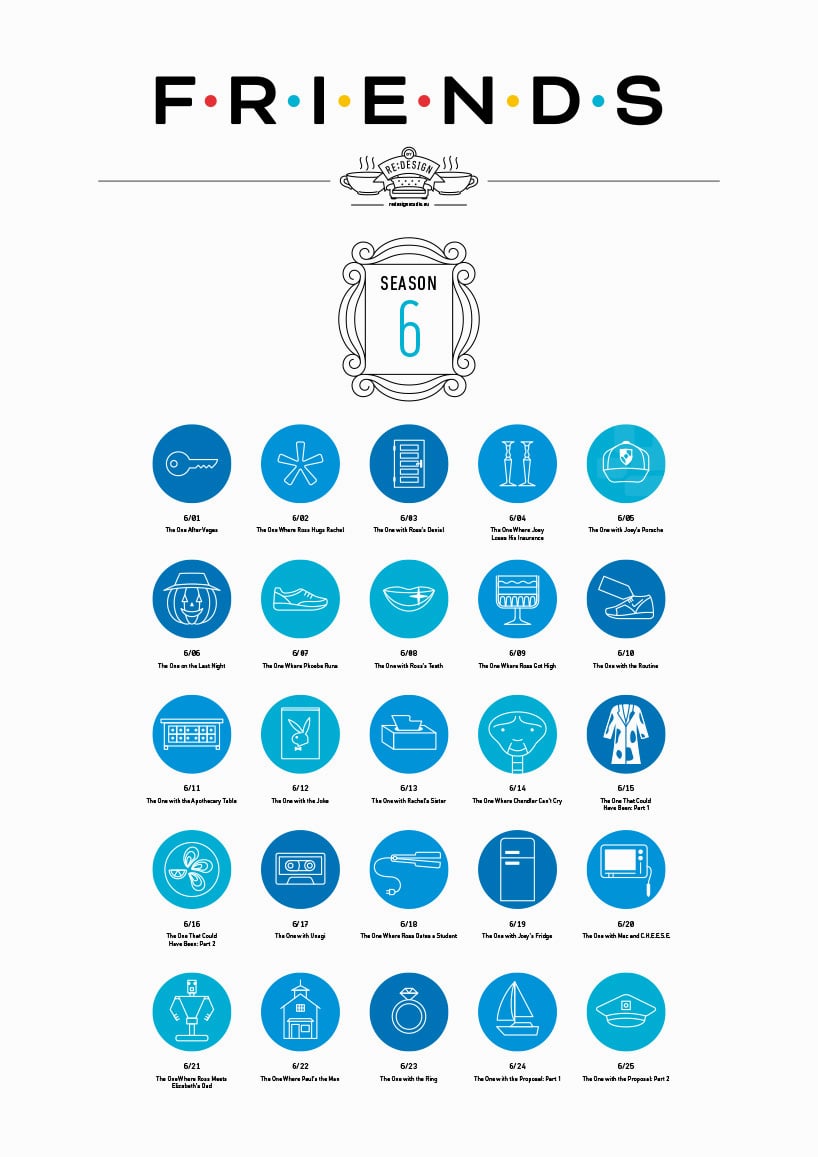 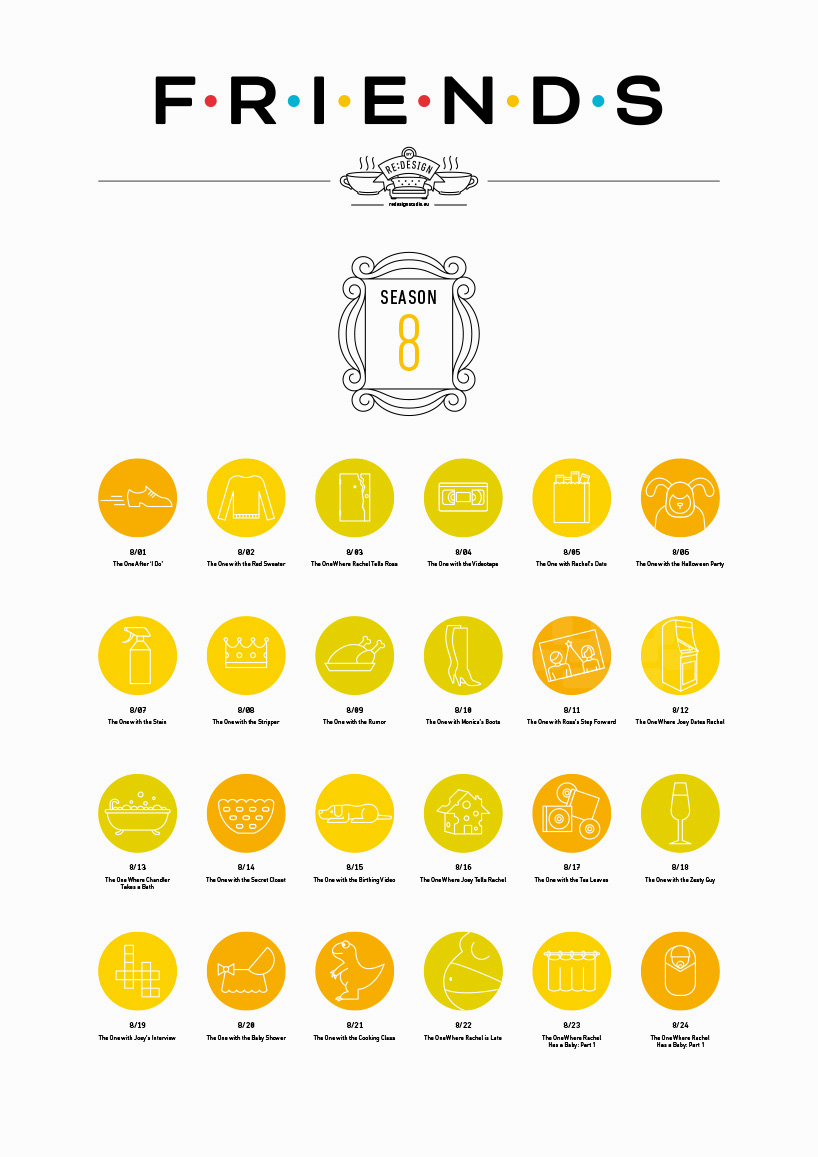 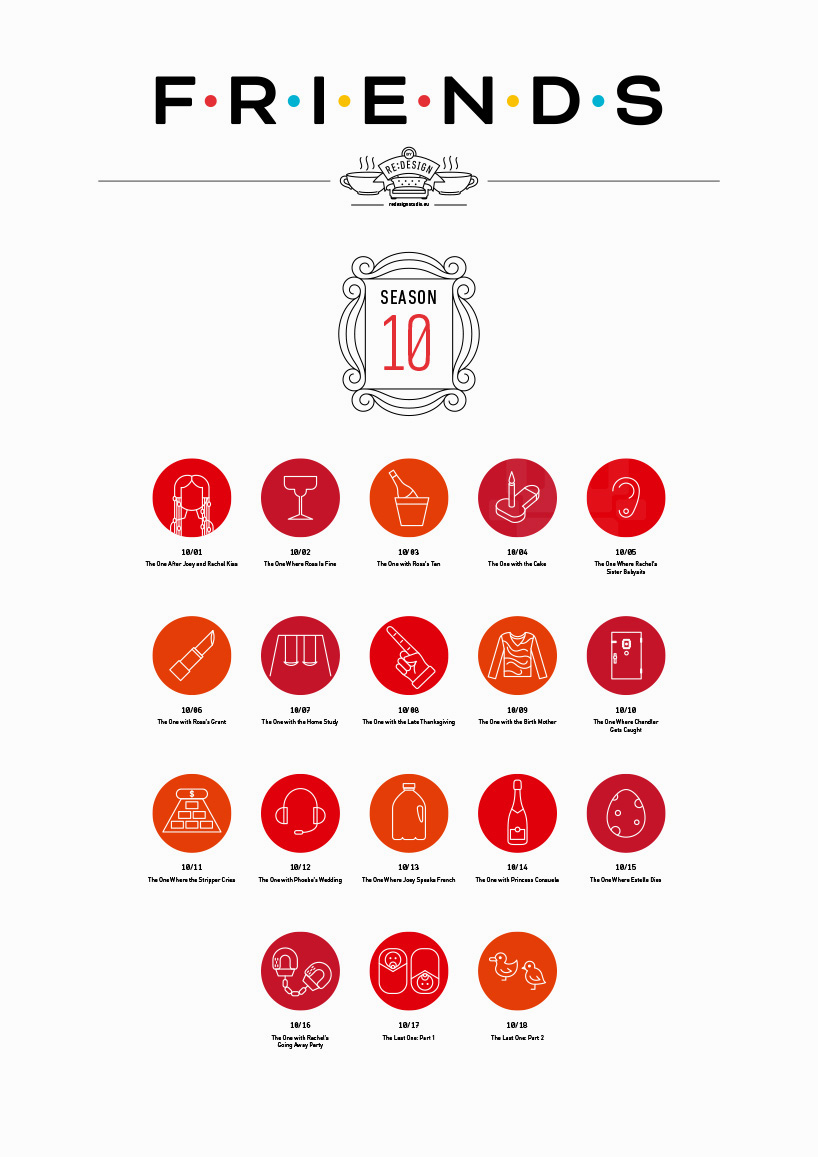 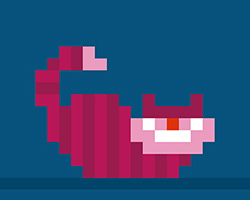