a curious image has resurfaced on twitter this week — a reindeer with reflective antlers. the story was first reported back in 2014, when the reindeer herders’ association in finland trialed the use of fluorescent paint and reflectors in a bid to prevent reindeer road deaths, which totals around 4,000 annually.

despite the eye-catching measures, neither the reflective reindeer antlers nor reflectors hung around the animals’ necks worked in the end. anne ollila, director of the finnish reindeer herders’ association told the associated press, ‘drivers often mistook reindeer with reflectors for people in the dark, thinking they wouldn’t run into the middle of the road when they saw car headlights approaching, and the deer would tear the reflectors off.’ 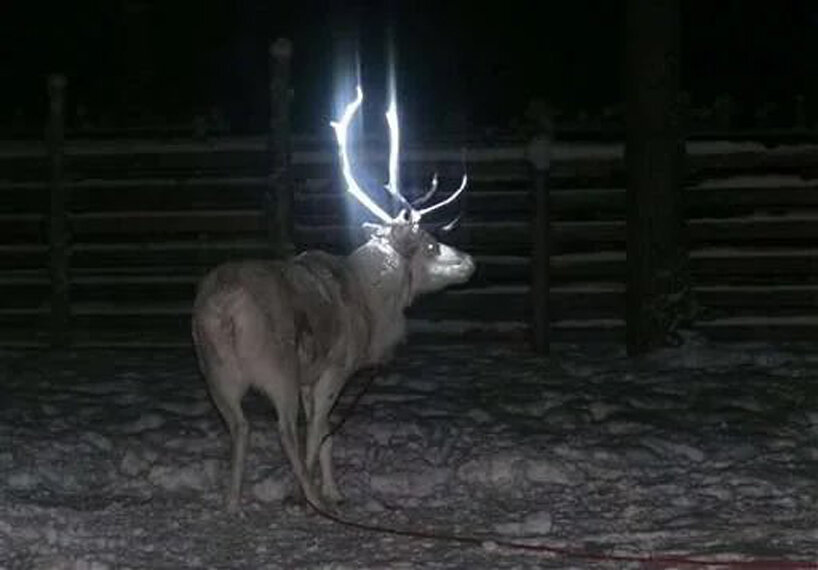 since the fluorescent antlers didn’t work out, the finnish reindeer herders’ association has also tried an interactive mobile app, which warns drivers about reindeer that have been spotted on the roads.

Jul 12, 2021
hermès debuts its skateboard bag as a stealthy hybrid of luxury and street
at is spring/summer 2022 show in paris, hermès integrates a skateboard deck into a newly imagined bolide bag.
design
315 shares
connections: +150