the way we work is changing. we are more mobile and more connected than ever before. we have the ability to do our jobs from almost anywhere at anytime, but our workspaces have been slow to reflect this. assisting this transformation, a project called ‘refold‘, by fraser callaway, oliver ward, and matt innes, has resulted in a cardboard standing desk that facilitates the present-day workflow by allowing flexibility and aiding collaboration. it enables teams to assemble unique environments in a matter of minutes and adapt it to their needs. it allows you to focus on tasks when and where you want. the potential applications for these constructs are endless. they could be used for schools, creative studios, pop-up stores, mobile offices, or disaster relief.

the furnishing was designed as a standing desk for multiple reasons. first, research shows that when you’re upright, you’re more likely to engage with others, share your ideas, and participate in group efforts. this position also increases productivity, but most importantly, creates a healthier atmosphere. human beings are not meant to sit in the same place for hours on end. research shows that it causes irreversible damage. in fact, it has even been labelled the new smoking. 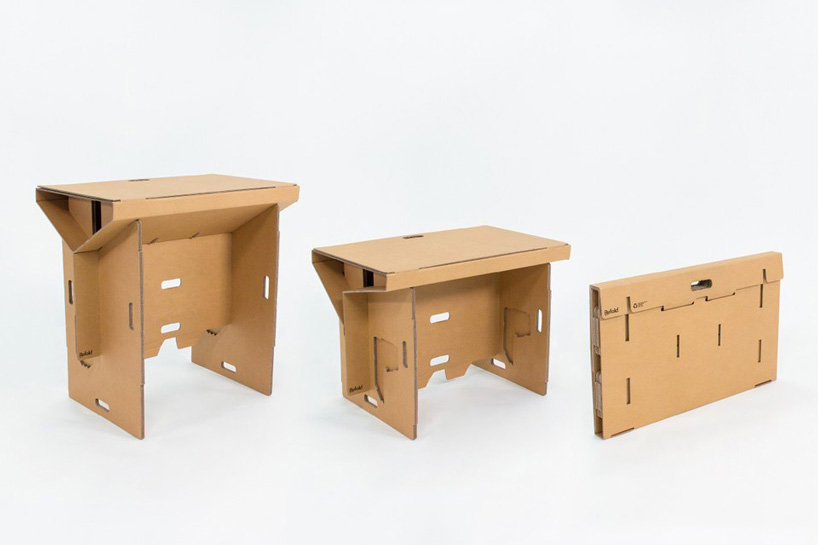 the cardboard desk changes between sitting, standing, and carrying states

the project folds and slots together in less than two minutes using four main pieces, with no tape. it is made completely from a single material – 7mm twin cushion kraft cardboard, which means it’s 100% recyclable and can be put out with your household recycling. each leg is constructed from three pieces laminated together with environmentally friendly adhesives. for maximum strength, the flute direction alternates with a horizontal slit sandwiched between two verticals. the desktop is removable, and therefore can be replaced to refresh the work surface. the system is fully made in new zealand from locally produced components. 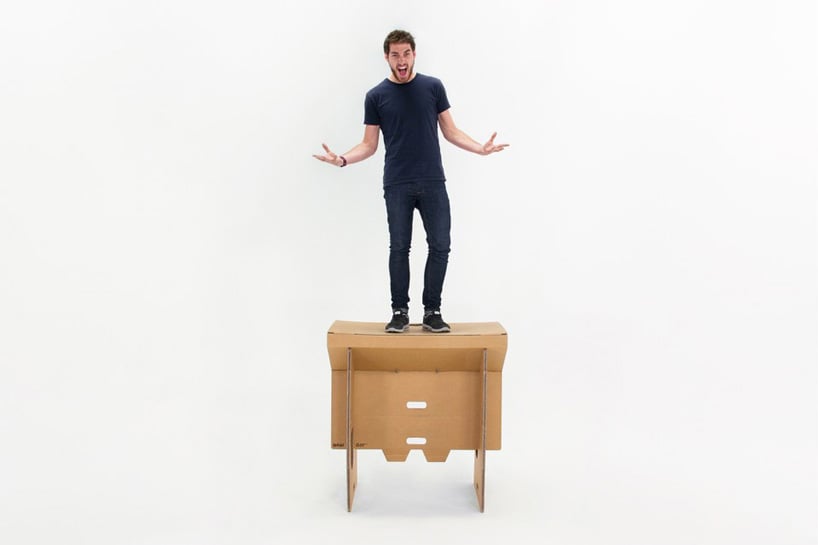 the desk can support the weight of a person

according to the young architects of the desk, ‘after initially exploring die cutting, a traditional method of producing cardboard packaging, we quickly found it to be restrictive and didn’t produce the quality we were after. instead, we favored digital fabrication due to its crisp knife cut edges, as well as its potential for customization and adaptability.’ digital fabrication means a computer-controlled knife lacerates the planes from a cut file, which can be altered at a moments notice. this allows for the production of different heights, which is important in achieving an ergonomic working platform. 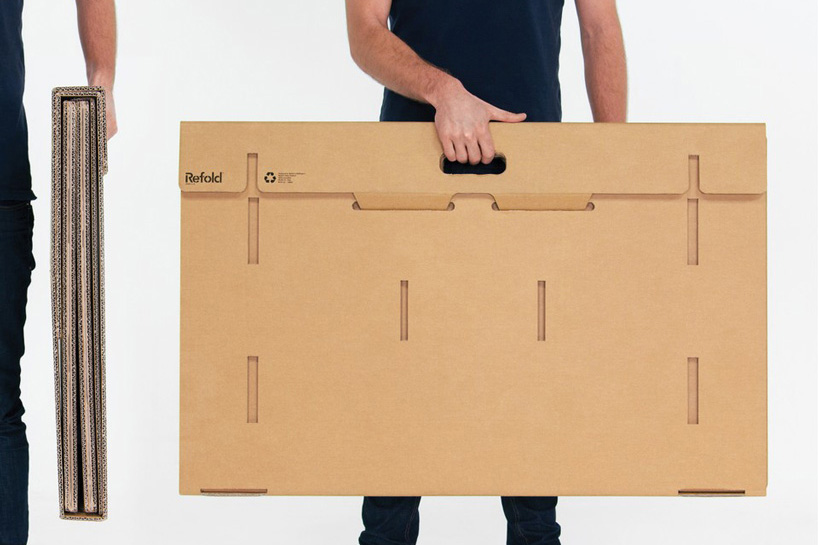 ‘refold’ is driven by aspirations of giving back and using designs to ‘do some good’. the group sees its desks as a product to instigate positive change in the lives of those who are less fortunate. they have been working with UNICEF new zealand to help improve education in the pacific islands by performing trails of the initiative in schools. the project is currently looking for funding on kickstarter here. 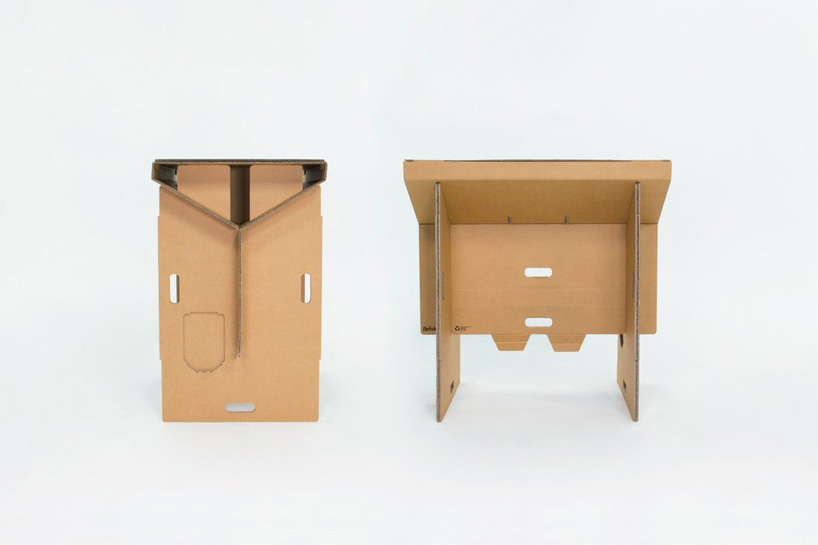 side and front view of the standing desk 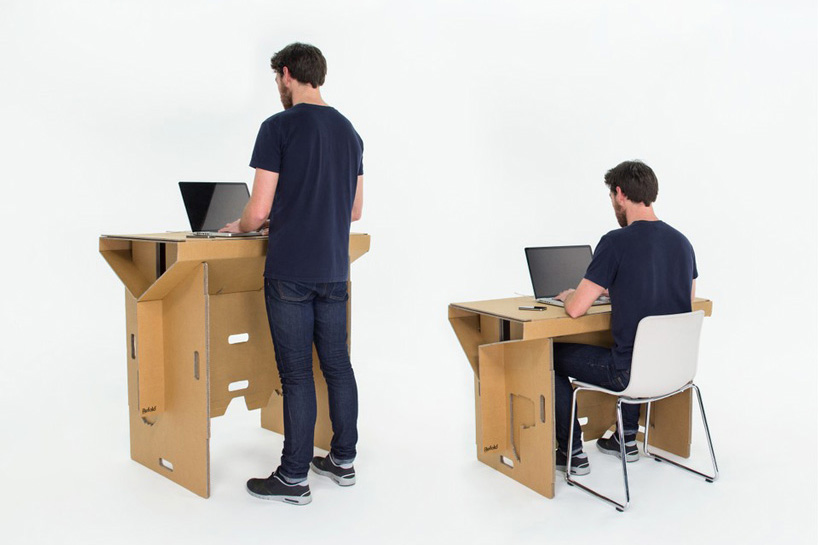 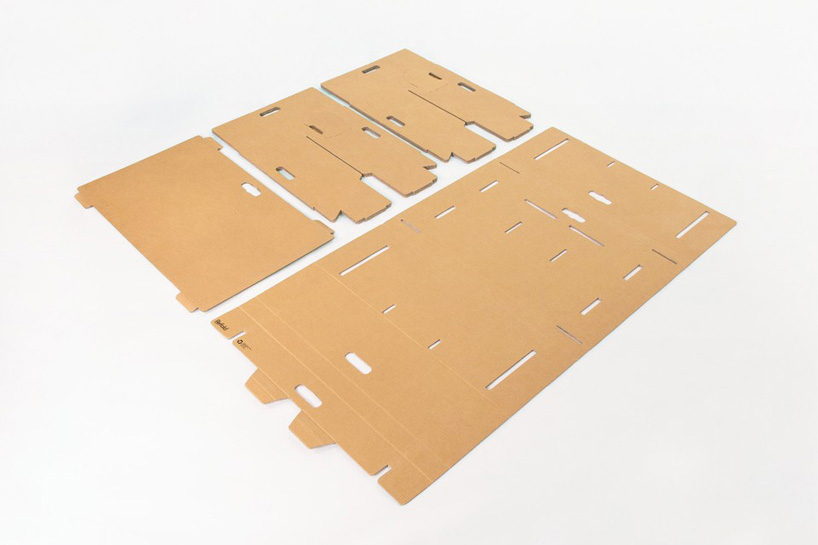 the desk is easily put together from 4 main parts 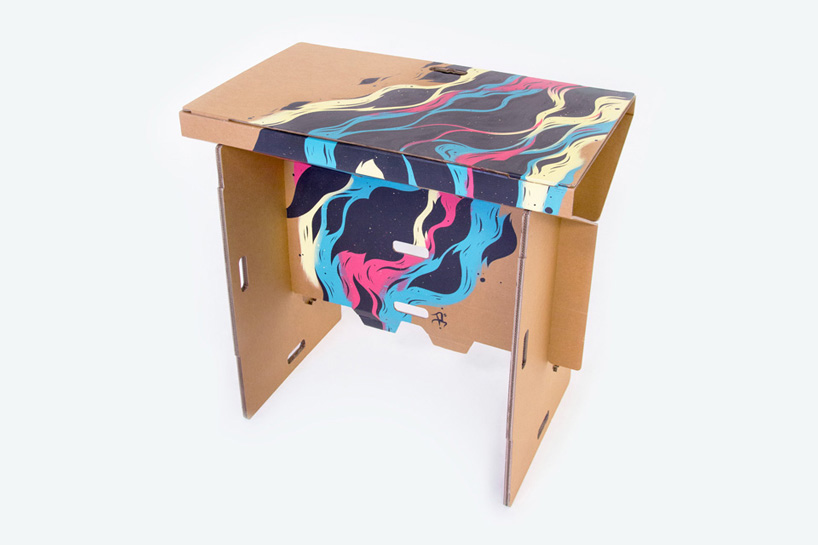 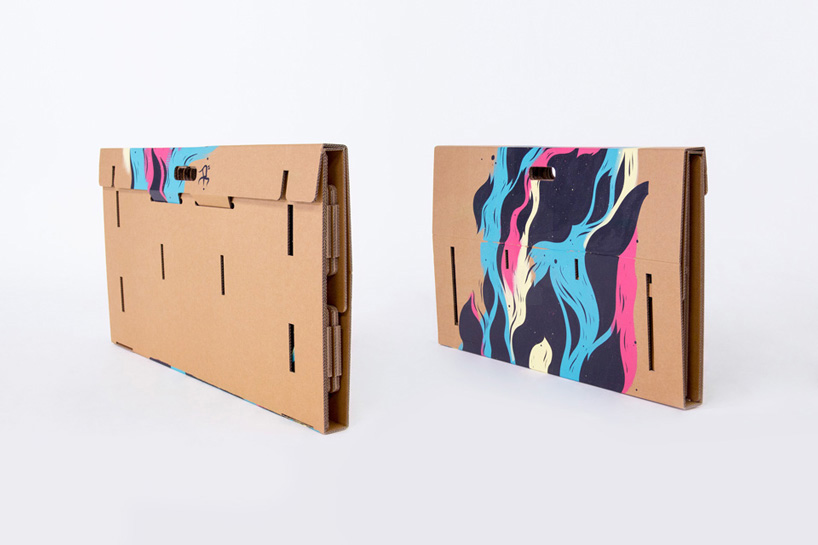 the desk is a canvas 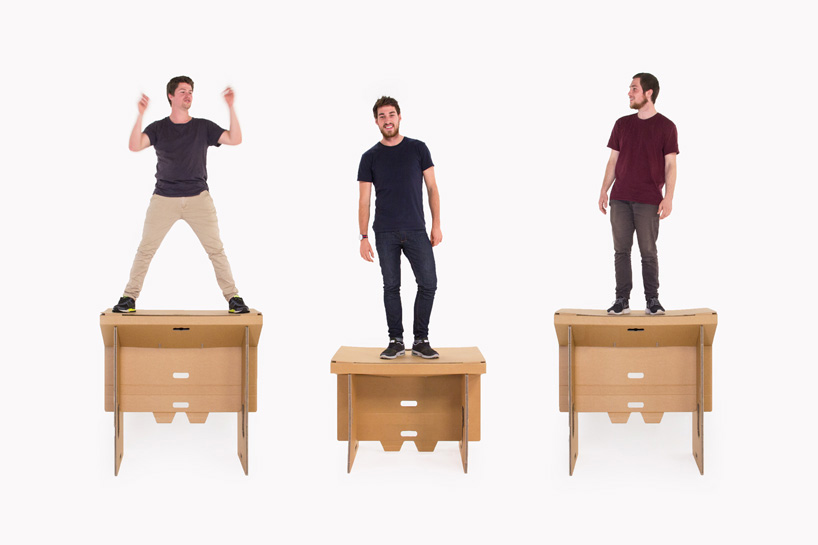 the refold team of matt, fraser, and oliver 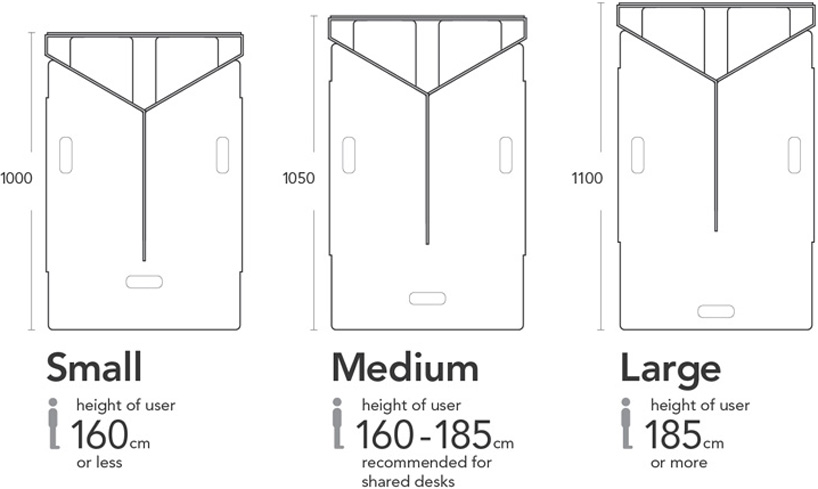 diagram of the different heights