london-based designer salman anjum has rebranded the logos of the 2012/13 english premier league teams – reinterpreting and rearranging them based on current perception in media, among fans, and the general held beliefs of casual observers. the graphics implement recognizable iconography that can be identified by the observer either on their own or against the original emblems. 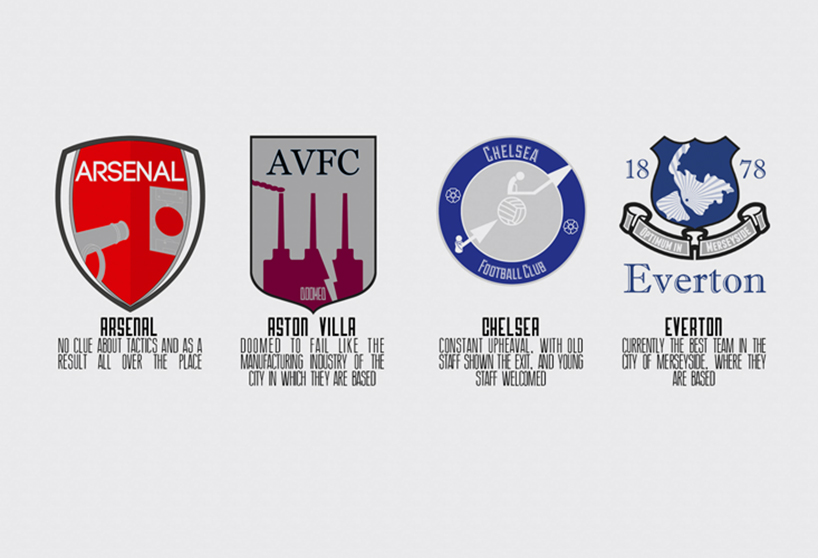 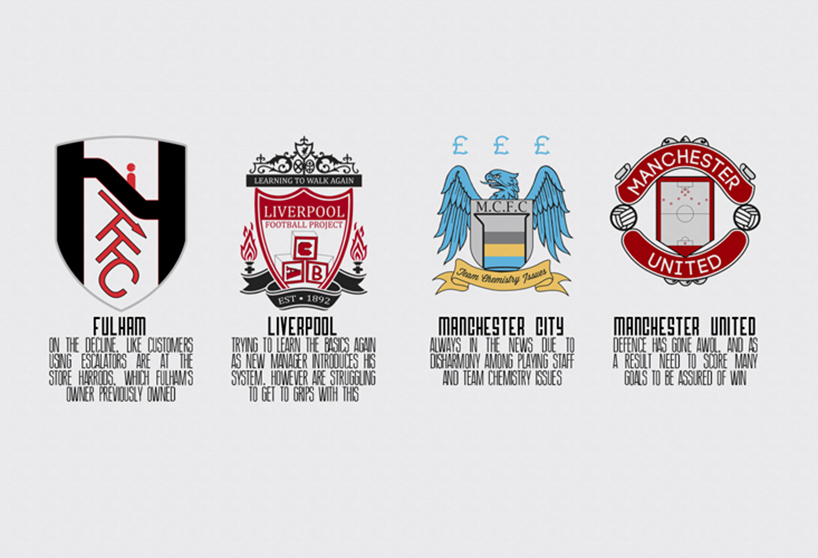 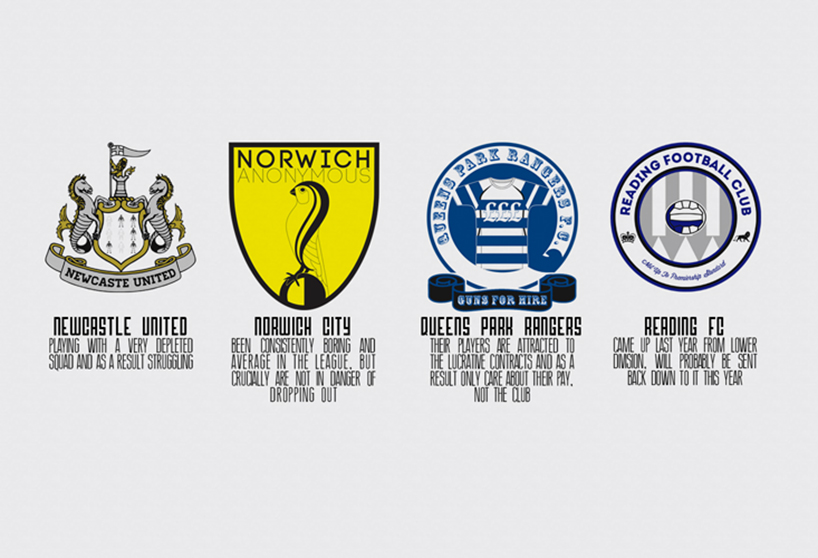 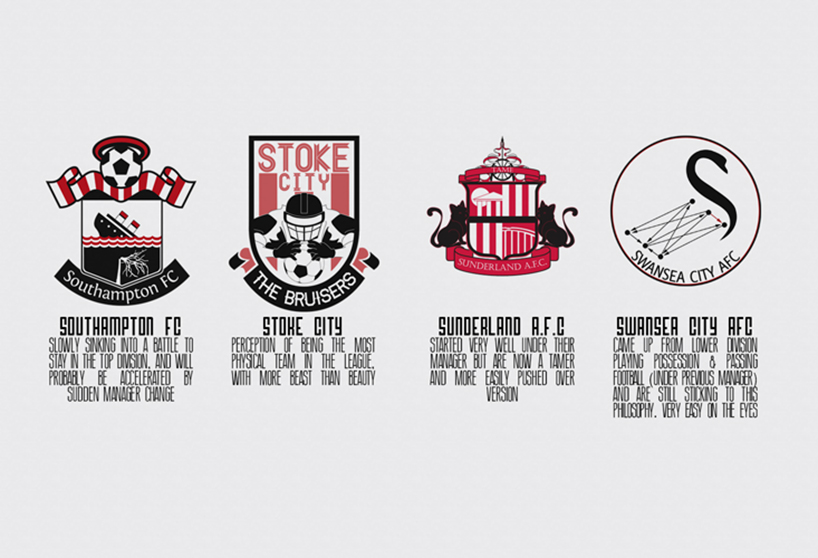 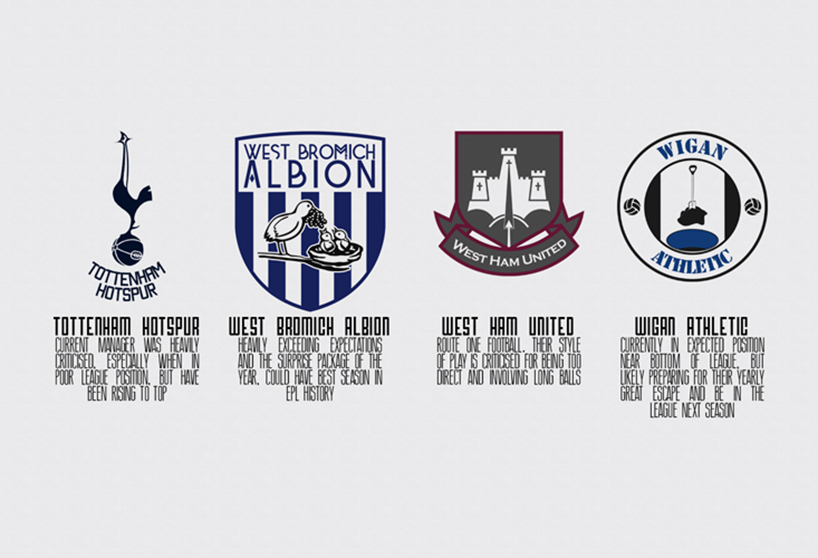 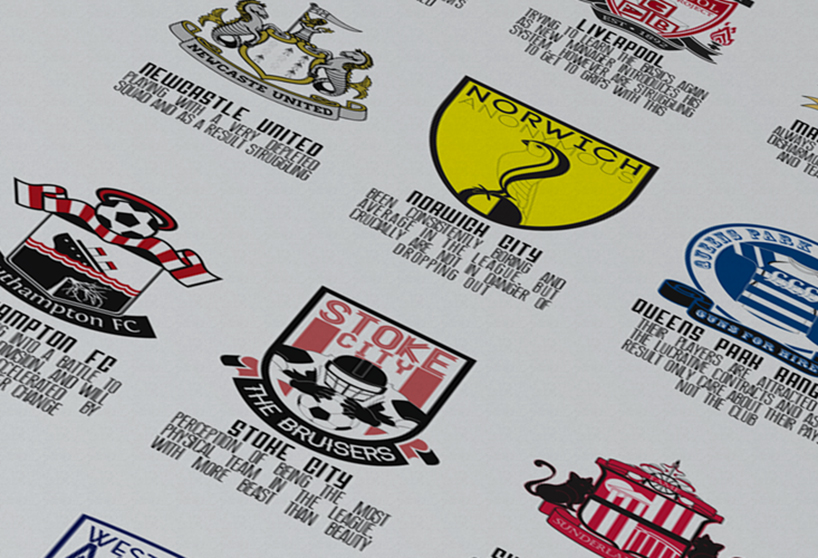 close up detail of poster 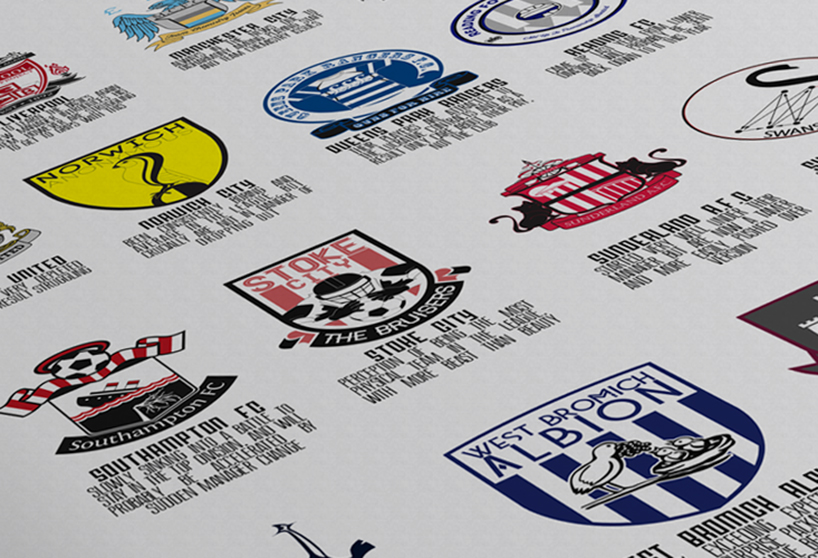 2nd close up detail of poster 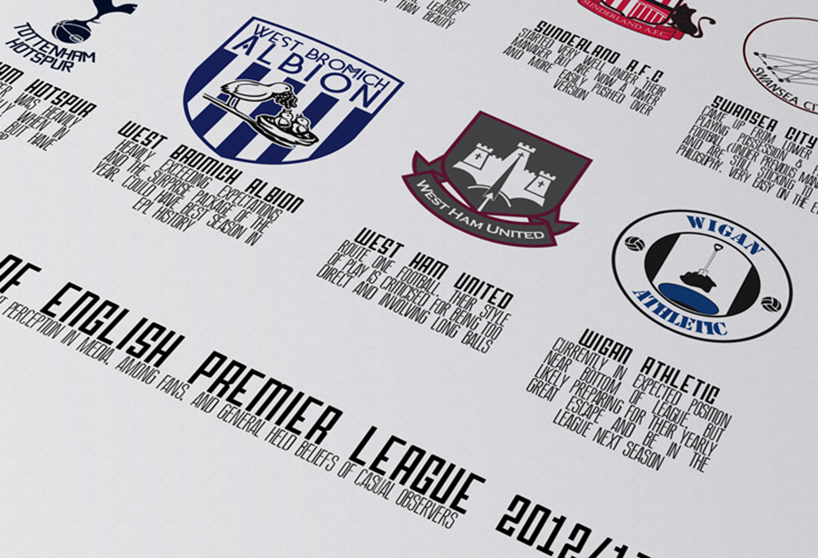