‘billboard bench’ by serbian designer relja perunović gives new purpose to the ubiquity of urban advertising. a panel displaying ads and service announcements can be rotated downward in its frame to instantly transform the small billboard into public seating. 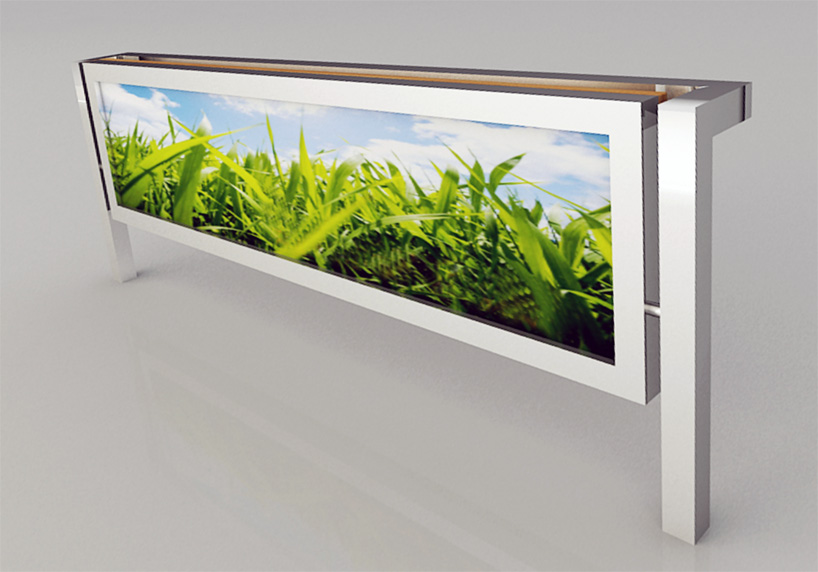 rendering of the bench in its upright, ‘billboard’ position 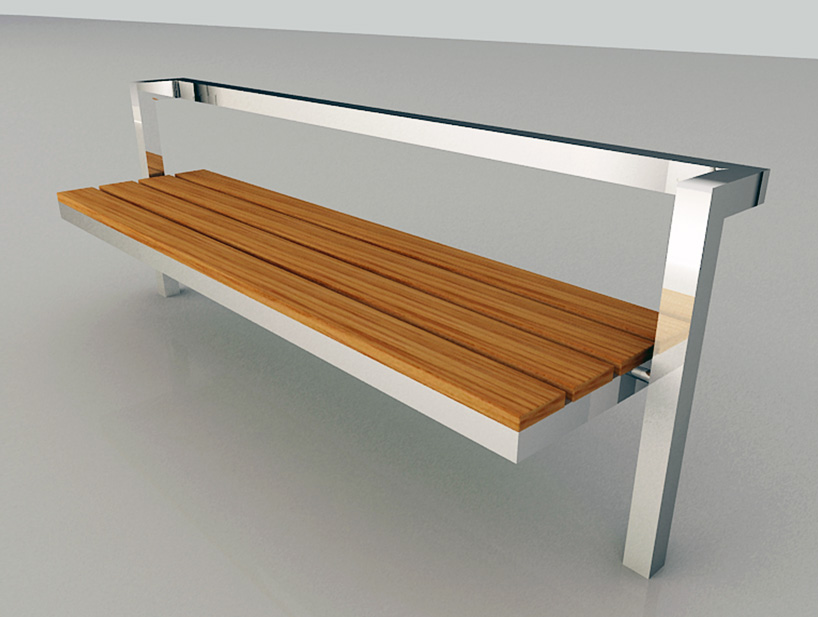 rendering of the bench in its lowered, seating position

while the backs of benches have long been used for advertising, ‘billboard bench’ inverts the standard structure by placing the ad on what becomes the underside of the seating. more than simply a new place to post material, the bench requires direct user interaction, offering an interesting marketing approach for advertisers.

when not in use, the bench automatically returns to its upright, ‘billboard’ position, but it can be easily lowered at any time to transform into a seat. 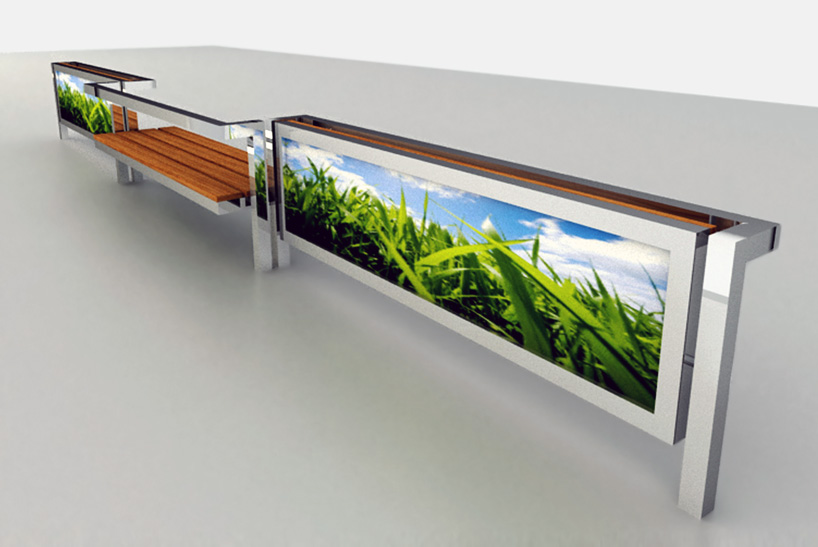 where multiple benches are placed, alternating the direction of the seat saves space and adds visual interest

in addition to its space-saving properties and modular design, the indoor/outdoor ‘billboard bench’ offers one particular advantage over normal seating: positioned vertically when not in use, the seat will generally remain dry even on rainy or snowy days.

although perunović’s models are rendered in metal and wood, the design can easily be adapted to a range of materials and dimensions. 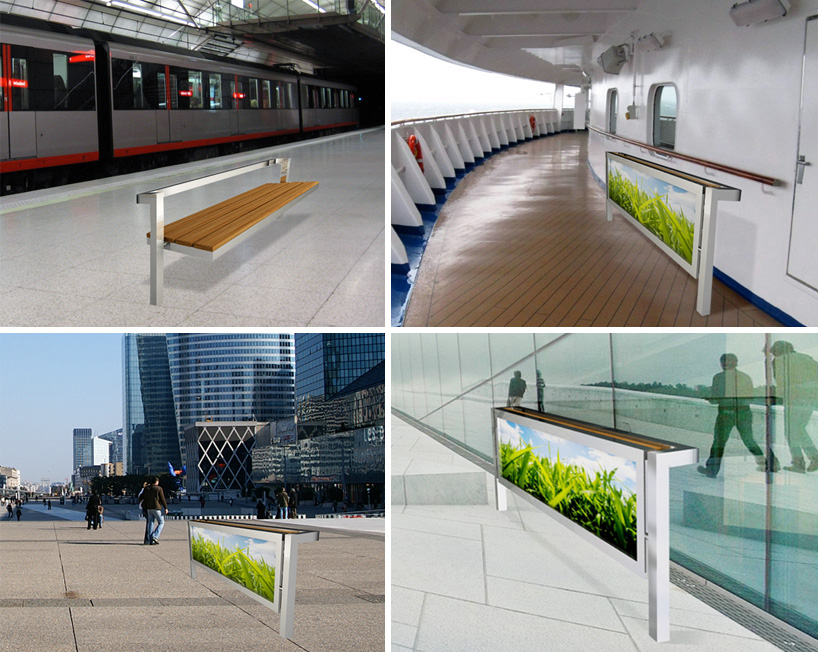 concept images display a range of environments that would benefit from ‘billboard bench’, including public transportation stops, cruise ships, city streets, and galleries