designboom together with RENAULT present the international design competition ‘RENAULT 4 EVER’  which asks participants to re-design the classic renault 4. this is a great occasion to work with a prime car manufacturer to develop the future of transportation!

the competition brief is broken up into two main parts:

1) the look and style – the RENAULT 4 has been the third bestselling model in automobile history and has become an international pop style icon. your new design project should respect the identity of the historical R4 model, which was based on an extremely functional and minimalistic philosophy.

the RENAULT 4, first presented in 1961, was an industrial mass-production model. its innovative, low-cost but effective solutions embraced the entire population. not only in france, or europe, but worldwide, as it transcended social boundaries. before ceasing production in 1994, the R4 reached a total distribution of 8,135,424 cars in more than 100 countries. like denim jeans which are worn the world over by all classes, its creator and former president of renault, pierre dreyfus launched the renault 4 as ‘the blue jeans car’. people of all nations expressed feelings of sympathy to the changes in society of the sixties, which had been catalyzed in the peace movements, and the R4 was a favorite means of transport for those young people itching to explore the world.

2) innovative design and technology for sustainable mobility – the cleverly minimalistic R4 used the technical know-how of its time at its best. low running costs and the ability to adapt to all types of use granted the R4 an illustrious 31-year career. the revolutionary approach to body design allowed several different versions, including a van, a four-wheel drive vehicle and a cabriolet. the sturdy construction and the low maintenance strategy of the model made it suitable also for an off-road racing championship. how would you translate these characteristics into a contemporary model?

read more on the ‘RENAULT 4 EVER’ competition here

register here (registration will be accepted through june 18th, 2011 – entries must be submitted before june 20th, 2011)

read more on the renault 4 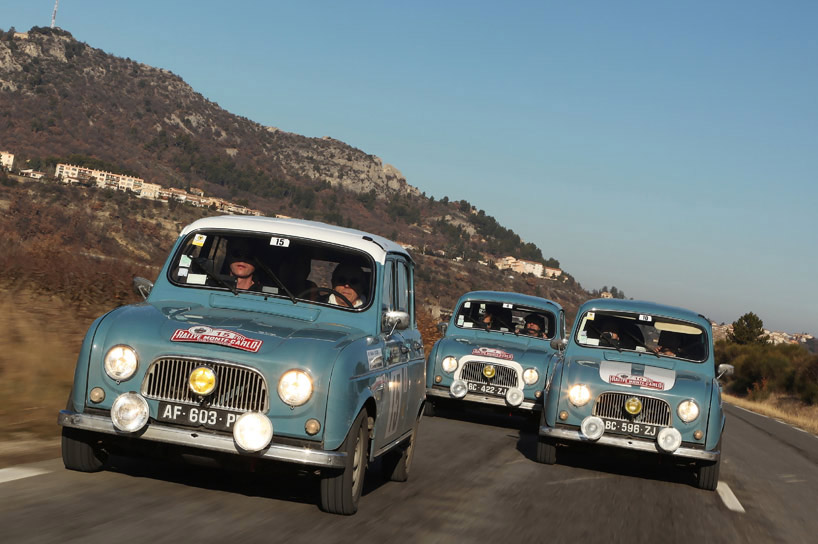