in order to sustain current trends of energy consumption, efforts to produce it must become a shared responsibility. aiming to create a circular economy, the ‘renault 4Lectric’ concept vehicle by french designer charlie nghiem uses solar power to fuel both itself and its community. it is one of fifty projects shortlisted from over 3200 designs from 92 countries in designboom’s recent RENAULT 4 EVER competition, which asked participants to redesign the renault 4 with an eye towards historical lineage, contemporary aesthetics, and sustainable design. ‘vehicles can be used as our first step towards a circular economy, if we give it more responsibility than its function of driving,’ the designer explains. the renault 4 has a tradition of providing owners with a functional and self-sustaining means of mobility, and this redesign is a modern extension of these values: environmentally responsible in its use and production, the vehicle lets households participate in autonomous production of renewable energy. 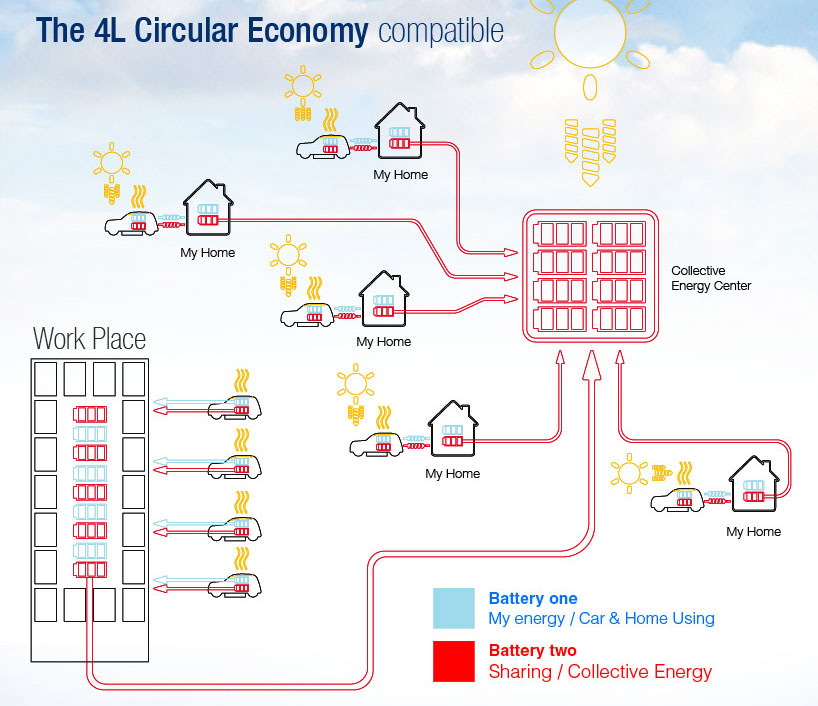 though it includes thermal sensors on the body, the ‘4Lectric’ draws most of its energy from two batteries, powered by solar films on the windows and roof. devised primarily for personal use, the first battery accumulates energy during braking periods while the car being driven: when the user goes to an electric charging station, he gets just the remaining amount needed, with the rest already provided by what has accumulated during the ride. the vehicle can also be recharged through a connection at the home, where a two-way circuit allows energy to be harnessed for domestic use. this scenario can be applied to work places as well: the parked car is no longer passive but becomes active participant in the generation of its own energy.

the second, or ‘social’, battery functions in the same way but is designed for collective consumption, redirecting accumulated electricity to a storage center. this stock of energy provided by the users services manufacturing centers, where vehicles at the end of their lives are recycled for new models. sharing energy in a circular motion, the public pool of energy can also be applied to collective concerns, such as maintaining transportation networks or helping geographical areas where access to electricity is limited. 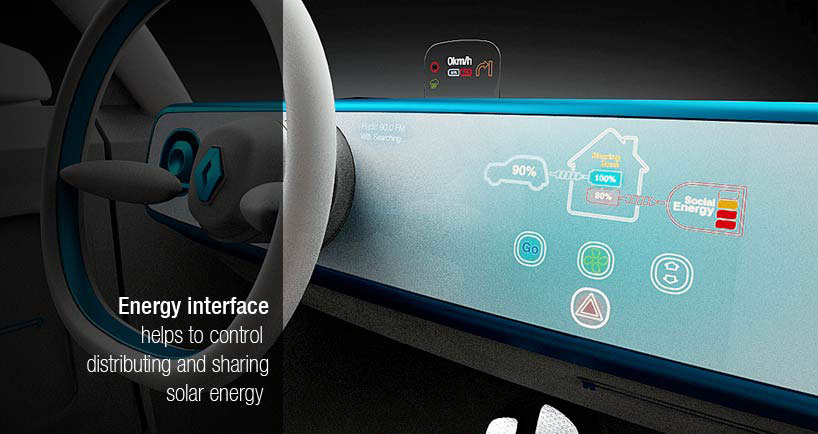 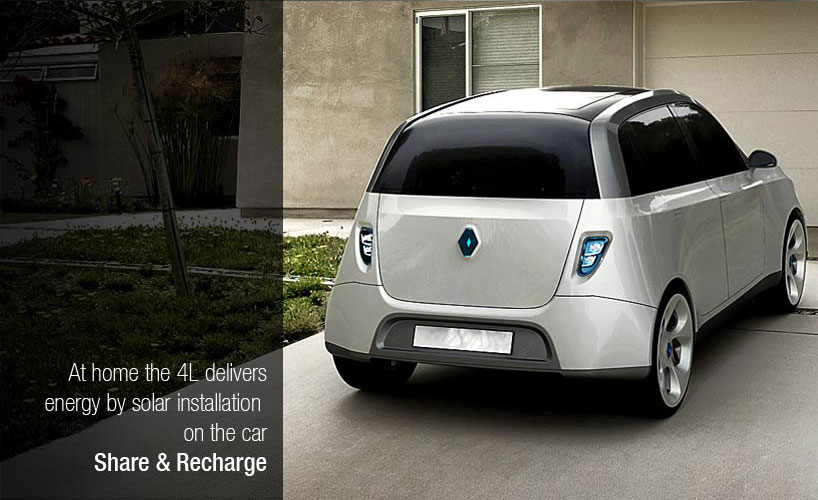 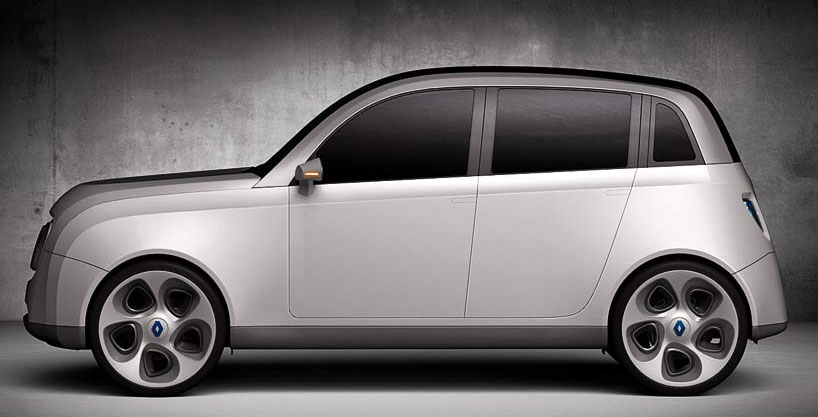 the design concentrates on the essential, synthesizing functions at all opportunities. using resources as efficiently as possible, the car is assembled with fewer parts and therefore has a lighter construction. in addition to using recycled or recyclable materials, local manufacturers are involved in production when possible, in order to support their business as well as minimize transportation costs.

once the car has reached the end of its life, the energy which was redistributed throughout his lifetime helps to revive the car in another form. the manufacturer’s role is no longer that of a linear industrialist, but one that is involved in perpetuating new, environmentally sustainable values that go beyond the automobile. 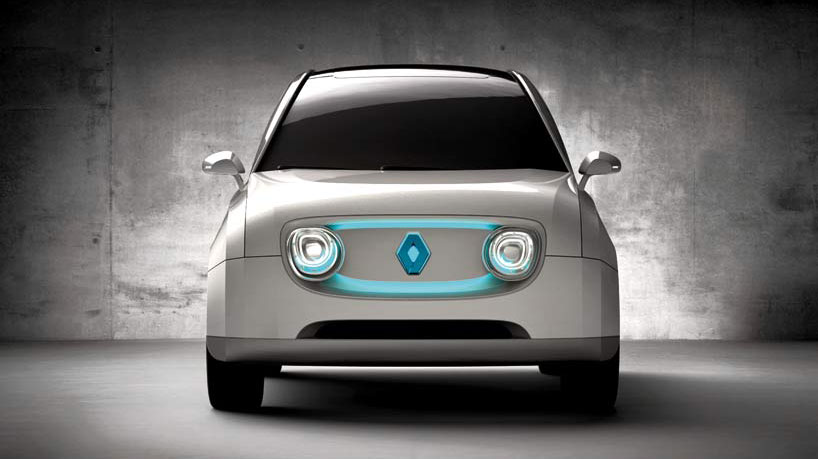 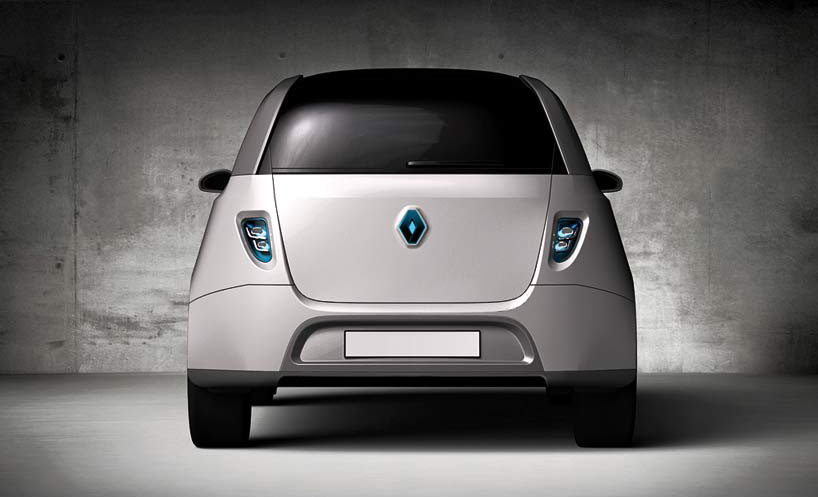 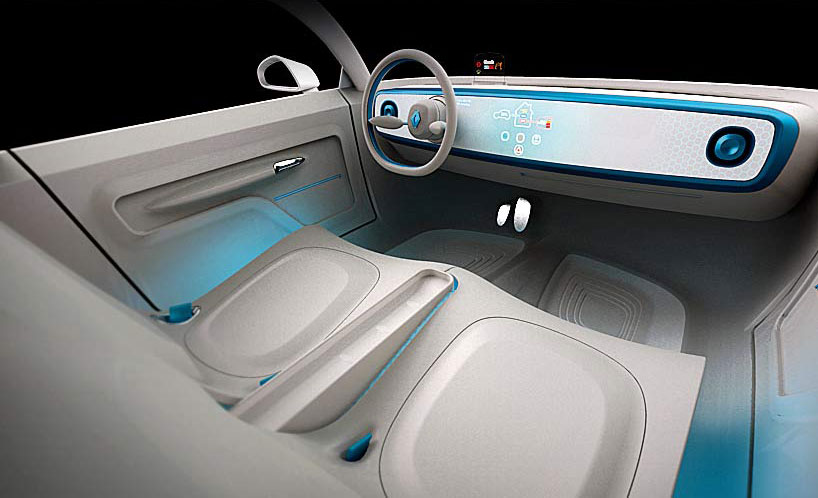 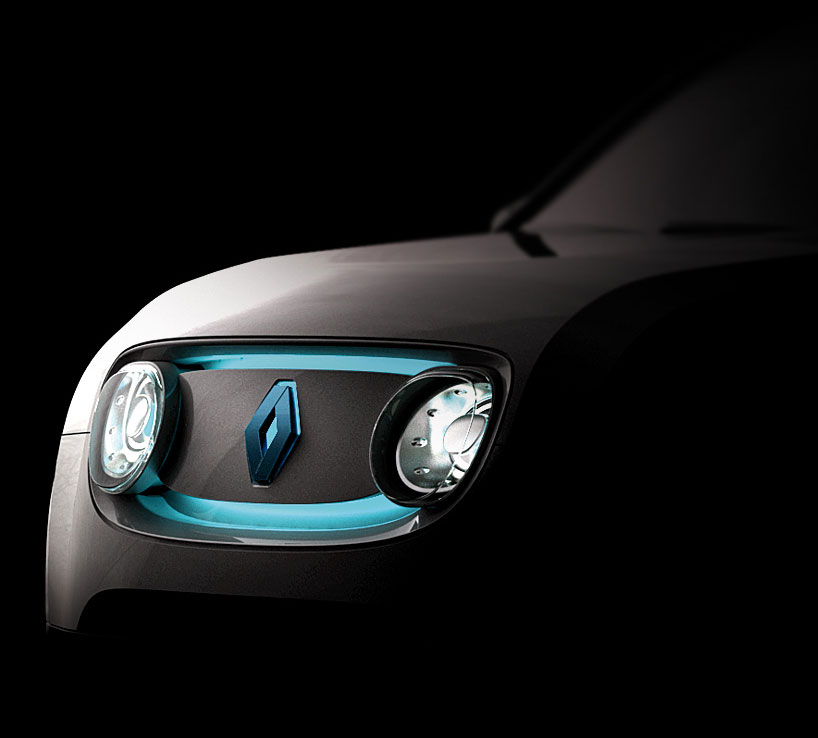