on show at the saint-étienne biennale 2010 is ‘demain c’est aujourd’hui #3’, an exhibition curated by claire fayolle. objects from various industrial fields (automotive, electronic, medical, renewable energy etc.) from all over the world, imagined by international groups, design agencies and schools, are presented. they prefigure the products of tomorrow and offer an outlook on the way we may be living in the future. in its third edition, the main topics of this year’s exhibition revolve around energy production and food concerns, ranging from self-sufficiency to technological culinary creation.

divided into twelve sections, one of the areas is entitled ‘repenser l’énergie’, displaying prototypes and design concepts which consider the absorption and production of renewable energy. 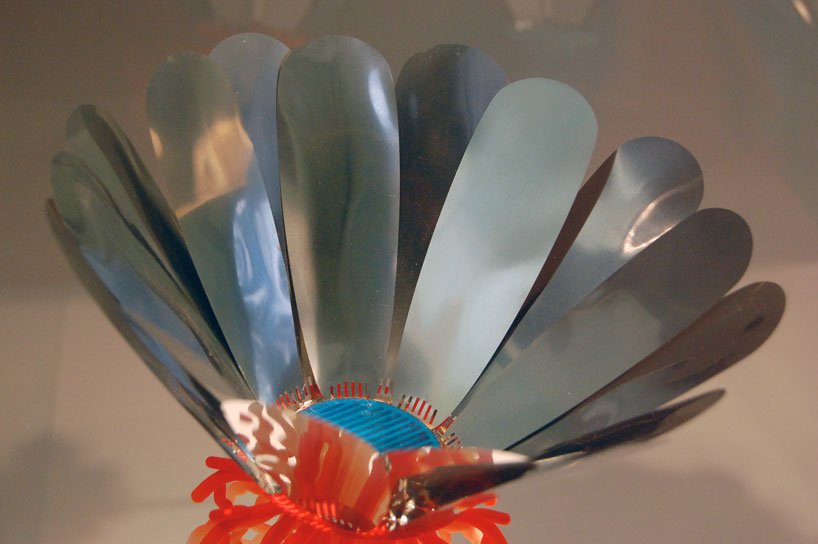 ‘photovoltaic blooms’ are developed as a variety of sensory photovoltaics, meant to be hidden within one’s flower bed. the shape of the petals permit the absorption of sunlight from a range of directions. in this way the flowers produce high quantities of electricity regardless of their orientation relative to the sun, avoiding a problem typical of other photovoltaic cells. 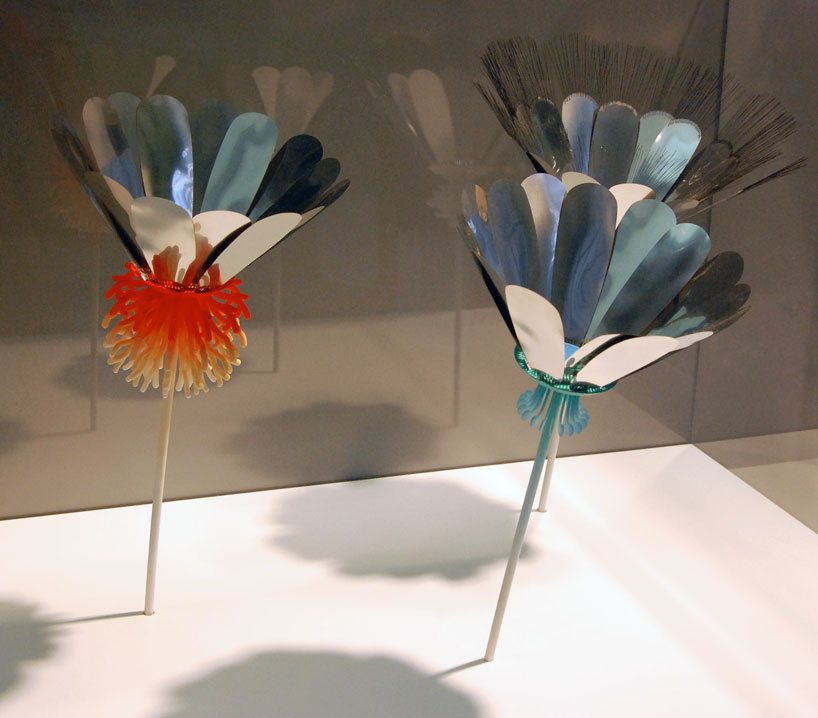 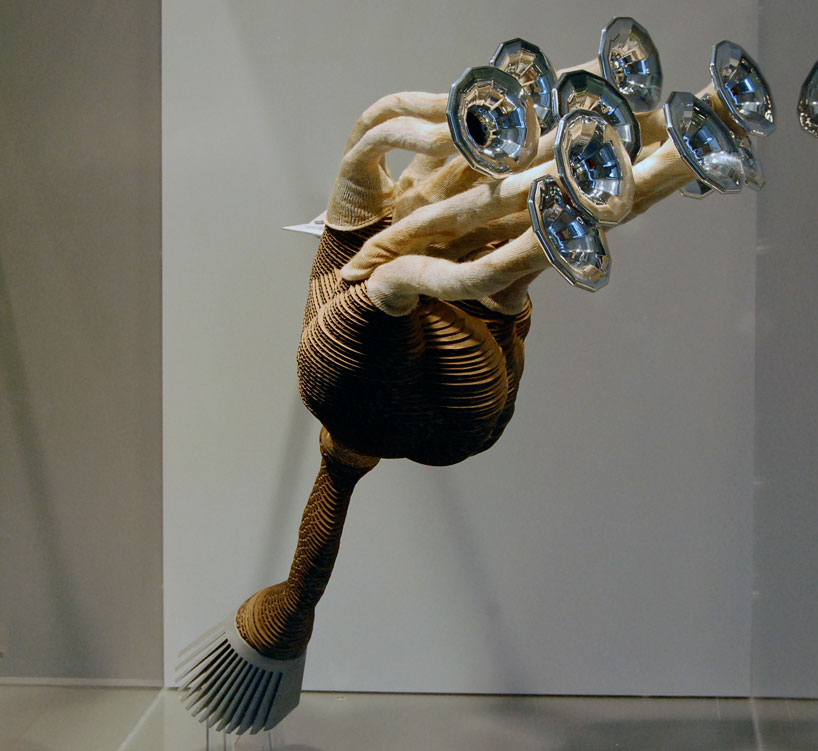 ‘solar trumpets’ are developed in a way that they are to be used partially embedded in the ground. they maintain a temperature which cools and increases the efficiency of the photovoltaic cell buried at the base of the trumpets. the openings of each trumpet are heliotropic contrators with fibre optic cables running down the connecting shaft, directing the energy to the photovoltaic cell found at the base. light is conducted and converted into electricity underground away from the exterior. 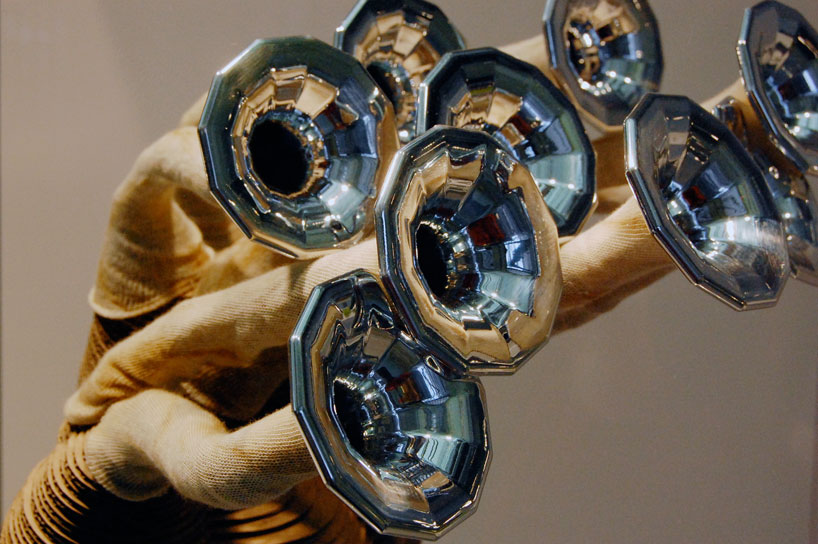 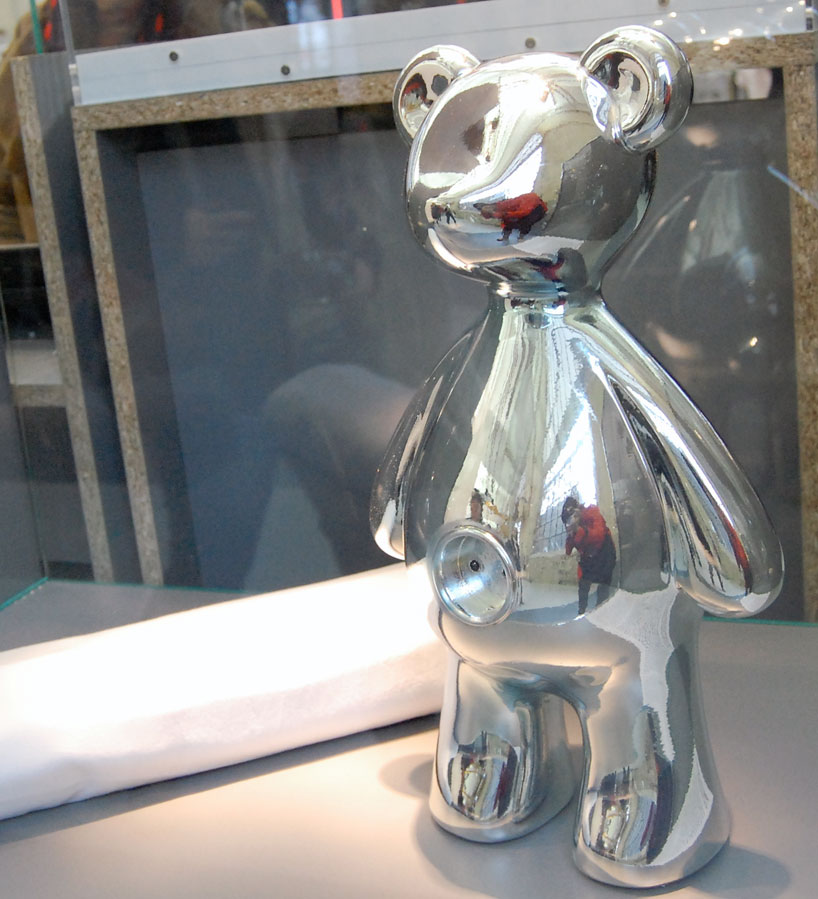 while we sleep, we generate approximately 80W of heat energy. currently, we are unable to tap all of that energy. ‘thermocouple teddybear’ designed by martijn dijkhuizen uses a technology based on the seedback effect whereby a current is created between two plates at different temperatures. normally large temperature differences are necessary, but due to the advances of nanotechnology. this has been reduced to minimal temperature differences of just a fraction of a degree, making it suitable for body temperatures. energy is not something sensorial, making it challenging to understand. for this project, dijkhuizen was adamant on using human energy as one experiences it directly. 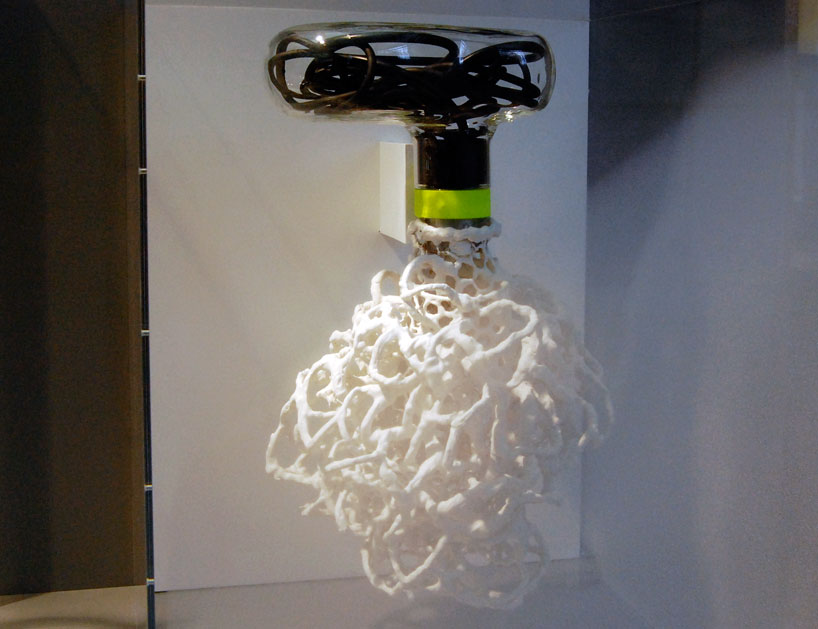 the ‘herbarium energy project’ is a research and development collaboration between laerke andersen and franck magne. it lists the fragments of the most notable hypothetical technological developments related to the collection of renewable forms of energy. thermodynamic systems with optimized exchangers, concentric heliotropic photovoltaic cells, millimetric piezoelectric fibres: all these fragments become the language of technical cuttings which fulfill their function as energy collectors in a more sensitive and intuitive way.

‘herbarium energy project’ aims to research ways in which to capture energy, embodied in new forms, which are influenced living forms, and tries to differentiate between the heat emitted by the sun as radiation, and the constant temperature of fresh soil. 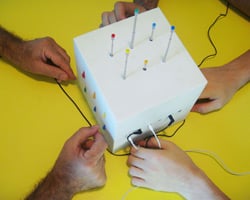