rennpappe 09, the 2nd edition of the international workshop/competition of the faculty of design and art of the university of bolzano, was held at the beginning of march.

during the three days of the workshop, 52 students of 10 international design schools had the task of creating a sports vehicle, only using cardboard found in the streets of the city centre, glue and cutters. the ‘rennpappen’ (racing cardboards), designed and made at the university in just one and a half days, were thoroughly tested in an exciting race held on the snow of the obereggen-latemar ski area, italy.

the next edition of rennpappe will be held in  2011. 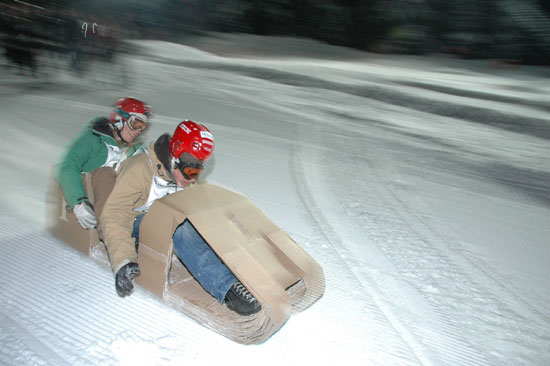 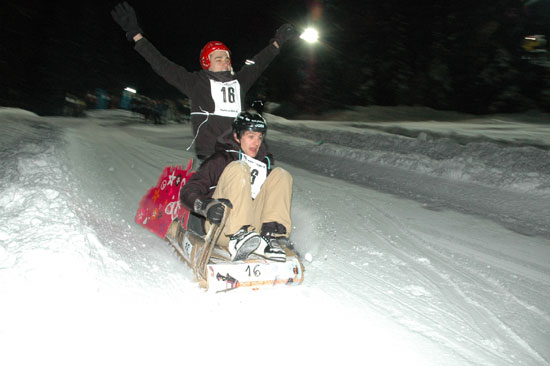 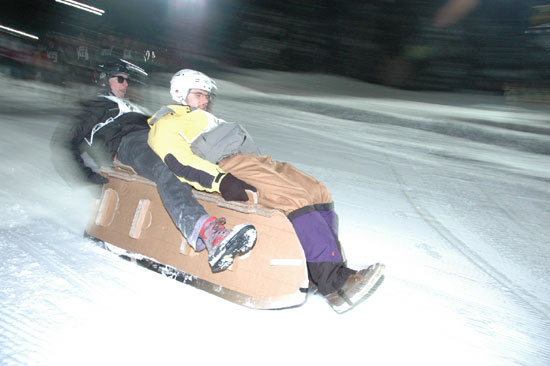 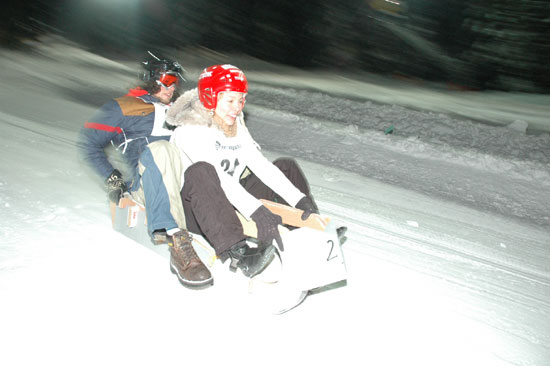 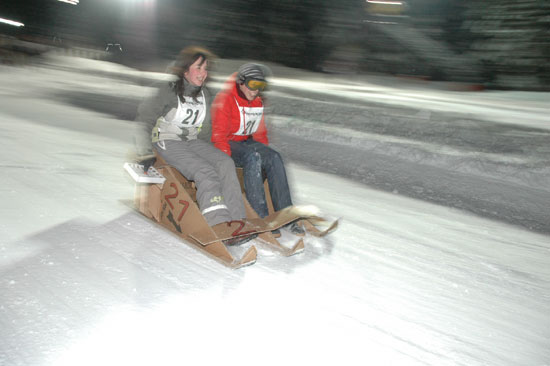 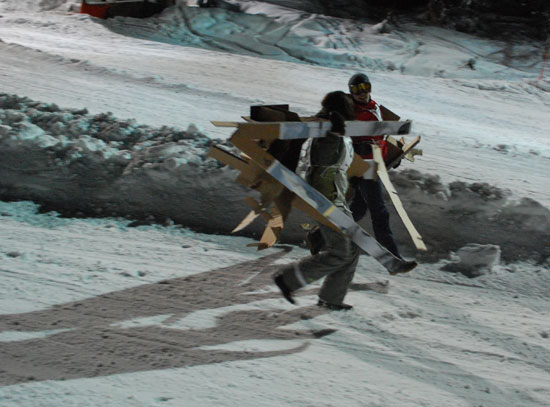 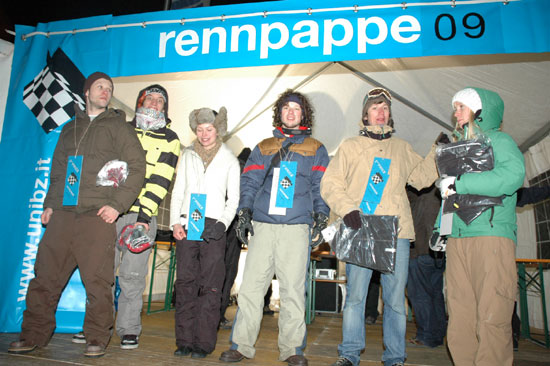 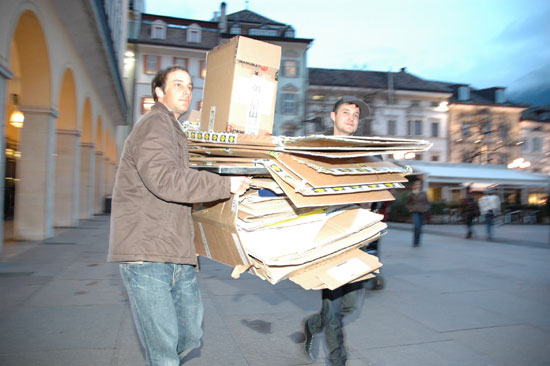 collecting cardboard in the city 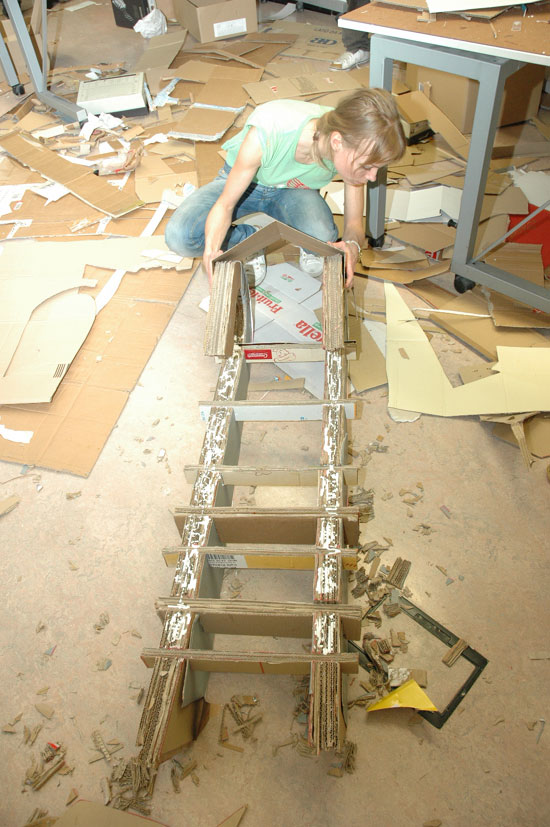 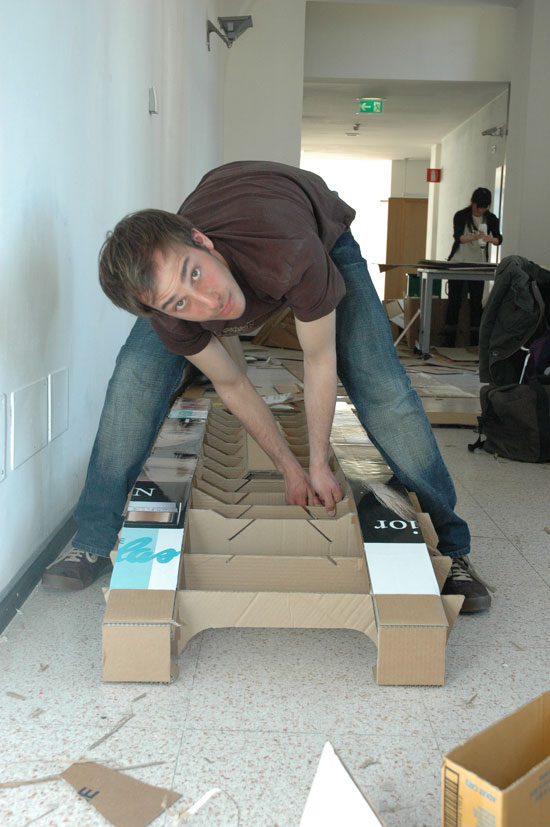 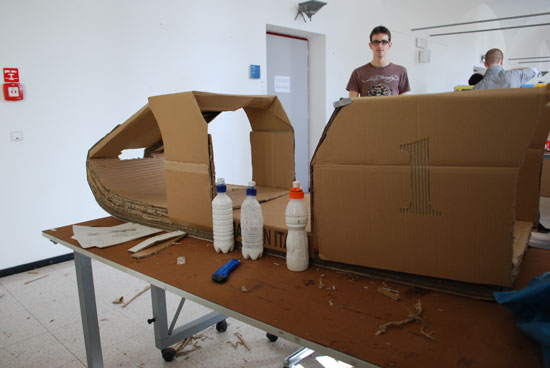 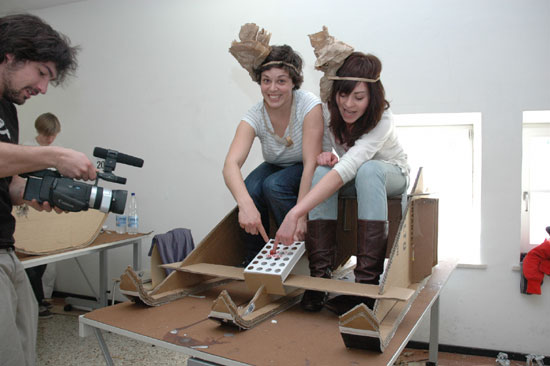 trying out for size