canada-based thibaut sld has designed the ‘hexi’ responsive wall, a series of 60, mounted panels, which react to the movements of nearby people. the graphic designer’s self-initiated project comes as a collision of interaction, geometry and art, as the complex mechanical installation induces an aesthetically engaging result. the hexagonal panels situated on the surface of the interior space use real-time data collected from motion-tracking technology to decode and interpret the gestures and actions of a person within close range. using this feedback, the kinetic wall behaves in sync with the proximate participant; walking passed, jumping near or waving a hand in the direction of the ‘hexi’ wall induces a undulating swell and surge of independent motion. like a vision out of a science fiction film, mesmerizing waves of kinetic flow materialize in a rippling unison, countering the gesture performed by man in close proximity to the installation. 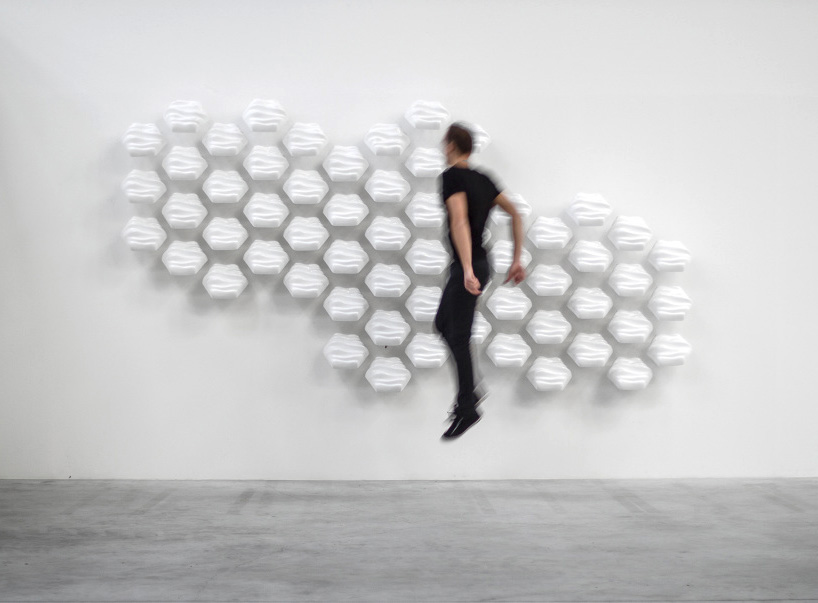 jumping near the installation induces a wave of motion 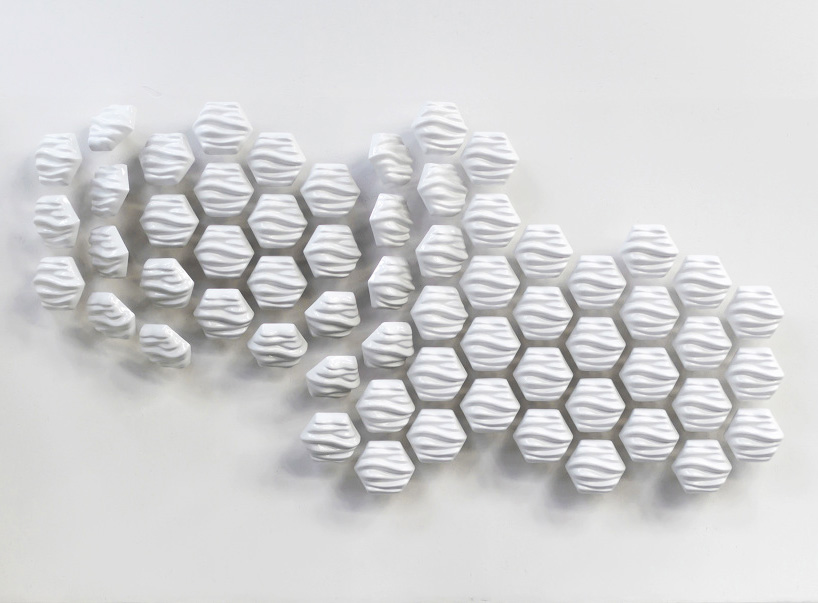 each panel is individually fitted with the mechanics, sending real-time data about proximate movements 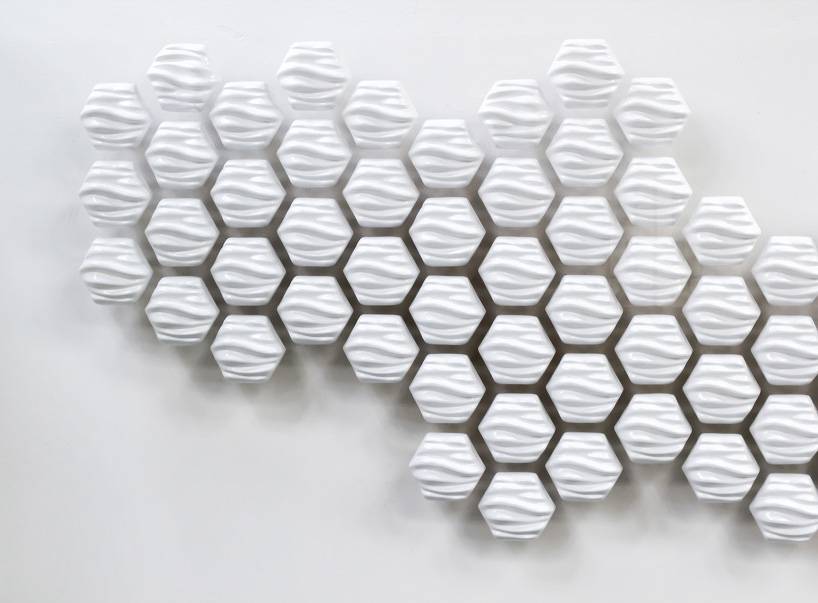