designboom was the first to cover an earlier iteration of the project, ‘back, here below, formidable‘. now humeau has created full-scale working sculptures for three animals: ‘entelodont’ (‘hell pig’), the mammoth imperator, and ‘ambulocetus’ (‘walking whale’). their tracheas are mimicked by a long tube with a specially constructed insert to replicate the larynx. compressed air, calibrated to the proper pressure, is used to stimulated the vocal cords, whose vibration resonates in a large unit designed to serve as the nasal and mouth cavities of the animals.

in ‘proposal for resuscitating prehistoric creatures’, humeau also collaborated with sound artist julien bloit to develop a kind of artificial intelligence system that allows the creatures to ‘evolve’ on their own. ‘the sound’, she explains, ‘becomes the result of an evolutionary process, which will take place during the entire length of the exhibition. back from prehistoric times, [these creatures] are seeking to evolve in our contemporary era.‘

the project is on exhibition through january 6th, 2013, as part of ‘politique fiction‘, hosted by cité due design public institution for design initiatives, in saint-étienne, france. 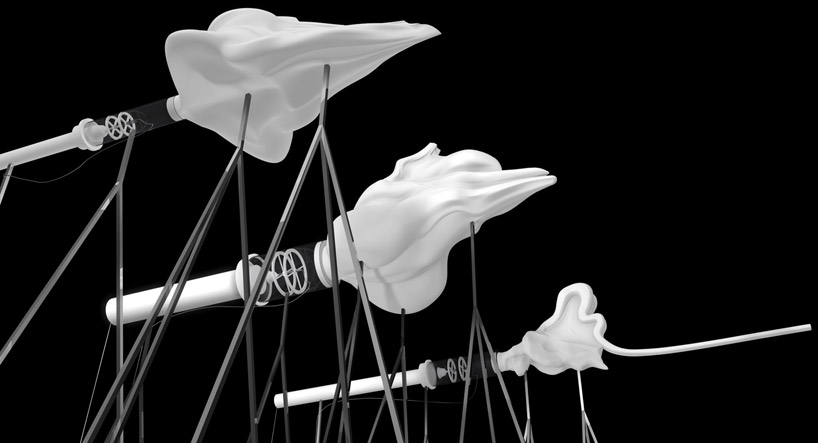 composed of soft tissue, the vocal chords of animals do not fossilize; only the surrounding bone is preserved. humeau’s extrapolation of the form of the windpipes involved extensive research and collaboration with paleaeontologists,zoologists, veterinarians, engineers, explorers, surgeons, ear and throat specialists, and radiologists.

the process varies for each animal, based on how much data is available and whether the creature has modern relatives. for mammoth imperator, humeau used CT scans from an asian elephant; for ‘walking whale’ those of modern-day dolphins and harbor porpoises; and for ‘hell pig’ those of the wild boar, all in conjunction with available information from the fossil record and additional data. 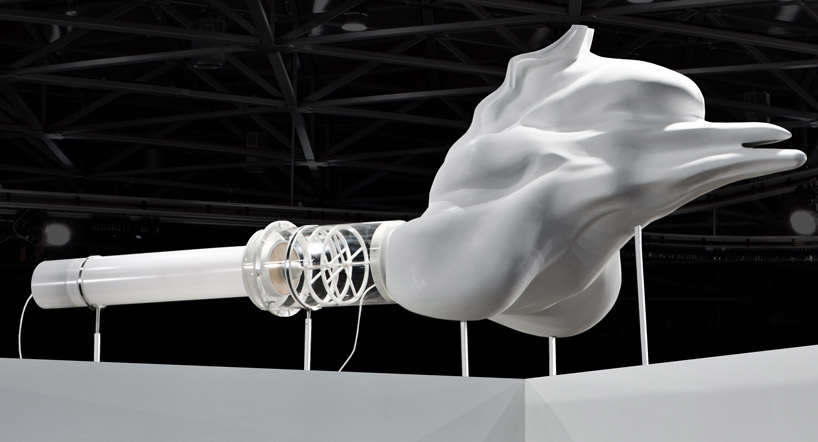 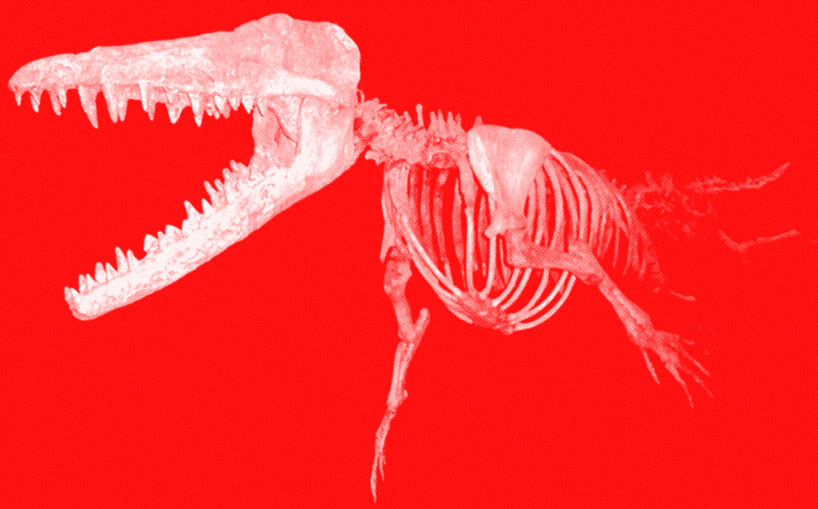 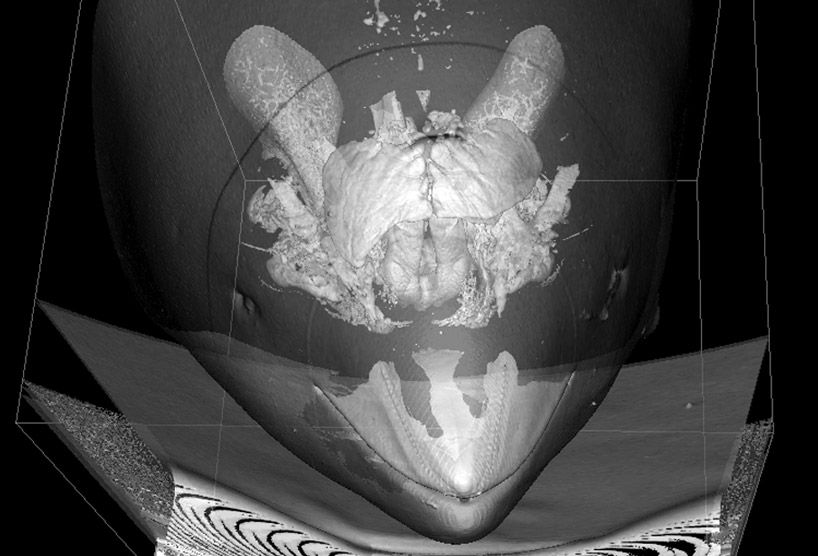 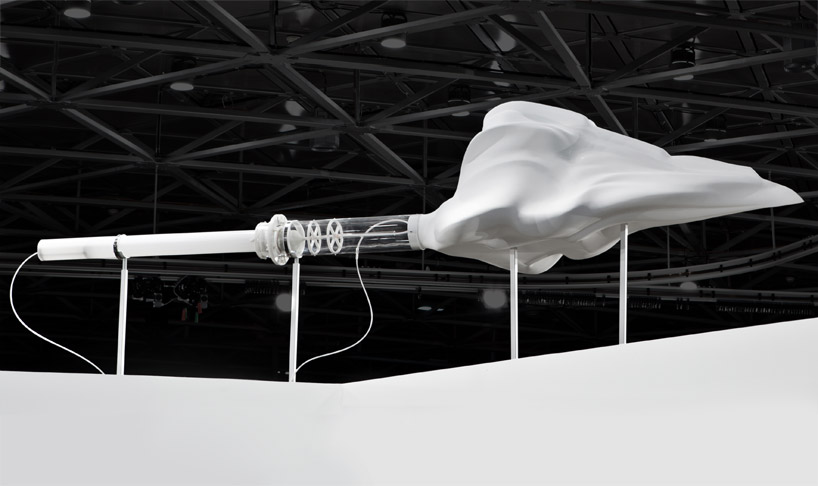 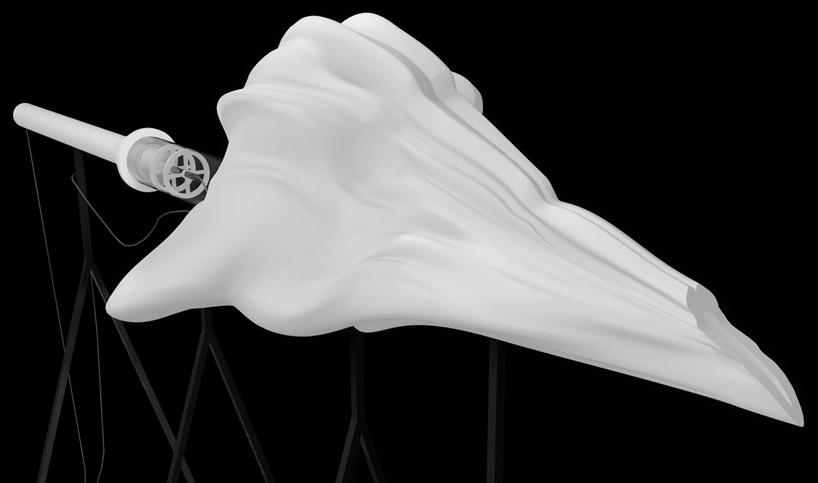 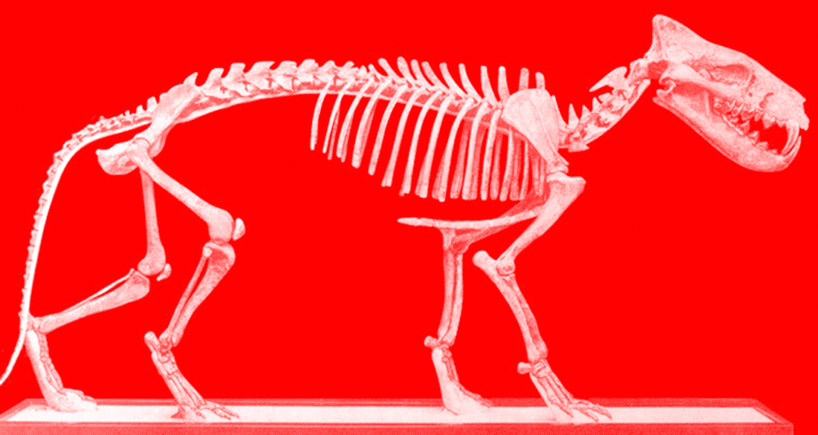 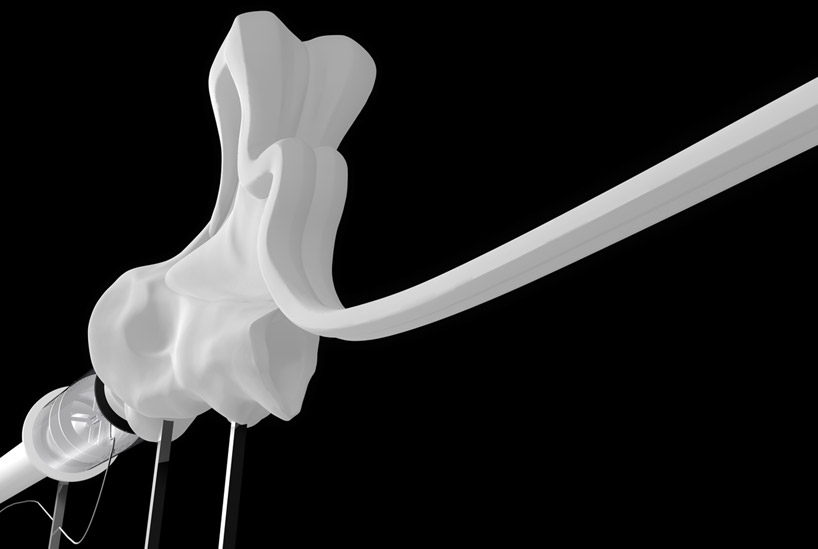 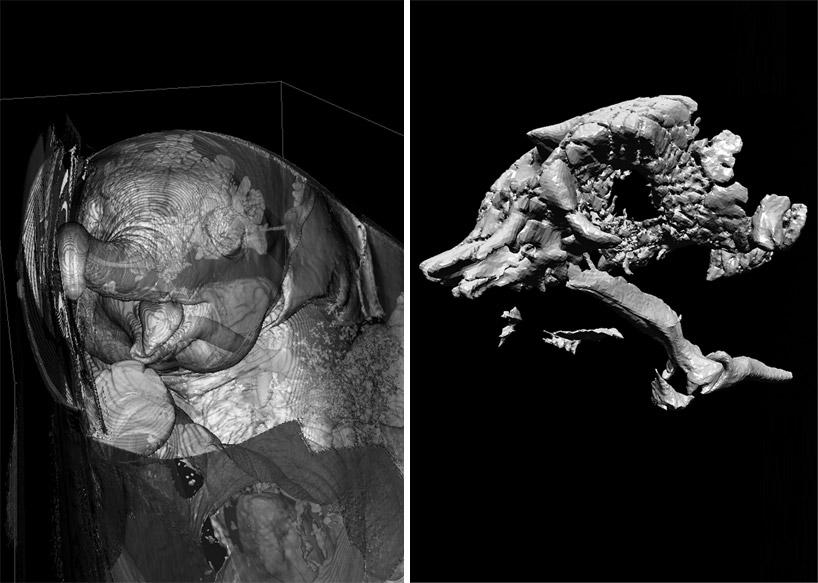