the first annual beijing international design triennial takes place this september 26th through october 17th, coinciding with beijing design week 2011. the triennial is divided into five themed exhibitions of works from around the globe, each of which is planned jointly by an international and a chinese curator under the general theme of ‘good design’: creative junctions, rethinking bamboo, reason design emotion, good guys, and what if.

from clothing to bicycles to motor vehicles to handbags to structures, ‘rethinking bamboo’ presents unconventional uses of the material. harvested sustainably, with natural antibiotic properties, bamboo is strong enough to be used for furniture and structural pieces, while its fiber is utilizable in a host of other products. 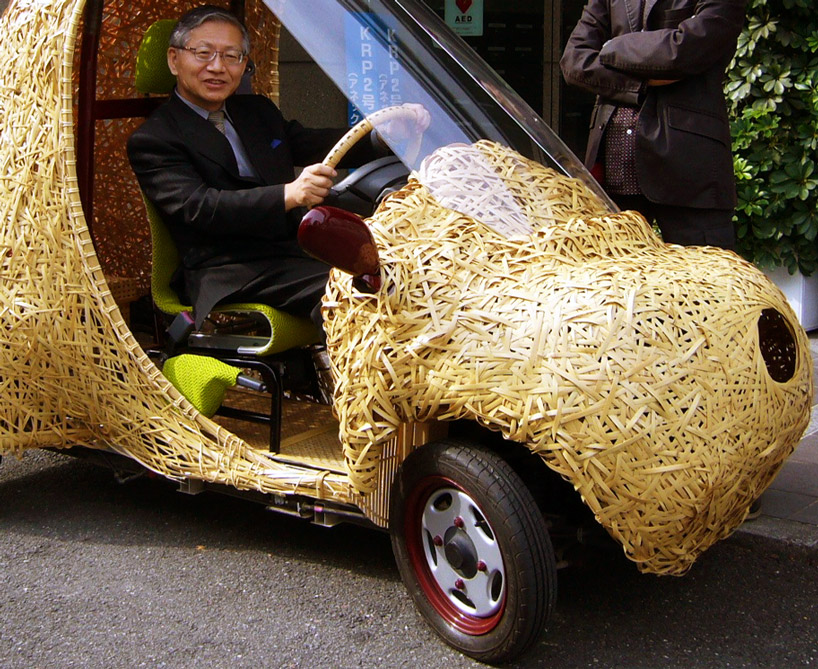 the ‘bamgoo’ electric car, developed in through kyoto university‘s EV project, features a body whose exterior is composed entirely of bamboo. the vehicle adapts the traditional craft technique ‘henso’ to hundreds of cut bamboo filaments, whose flexibility enables the craft’s streamlined shape, and whose softness actually causes the car body to deform in the event of collision.

‘bamgoo’ is intended for low speed, tourist use, but can attain a maximum of 50km/hr.

watch a demonstration of ‘bamgoo’ in use 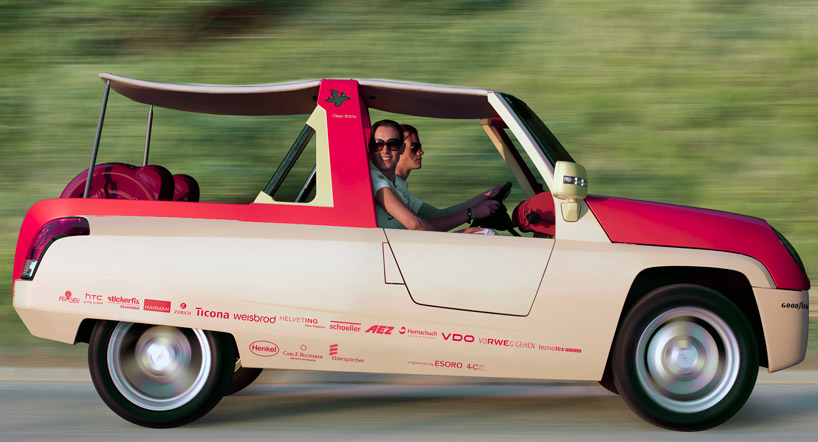 the bamboo concept car was developed by swiss vehicle designer frank rinderknecht and new york pop artist james rizzi for rinspeed. the fabric utilized in the vehicle’s interior is composed of woven bamboo, and the car itself is designed to echo a sense of nature. 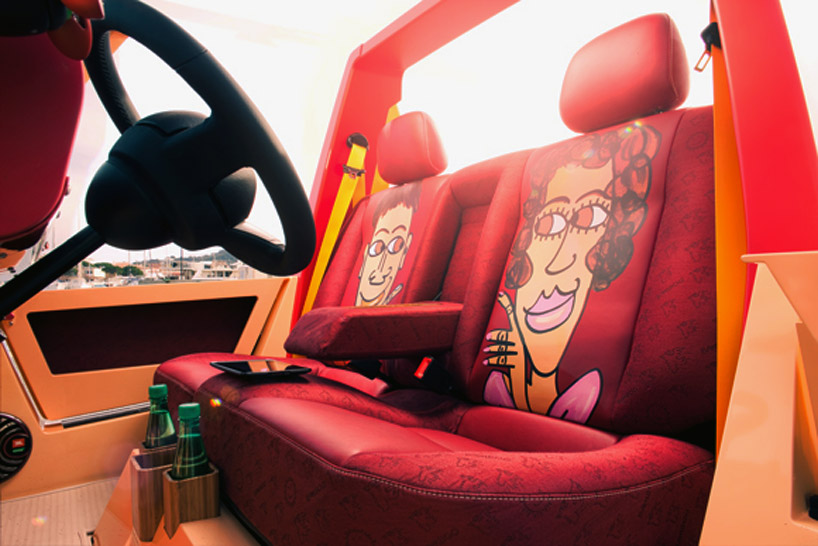 interior view; all fabric is composed of woven bamboo fiber 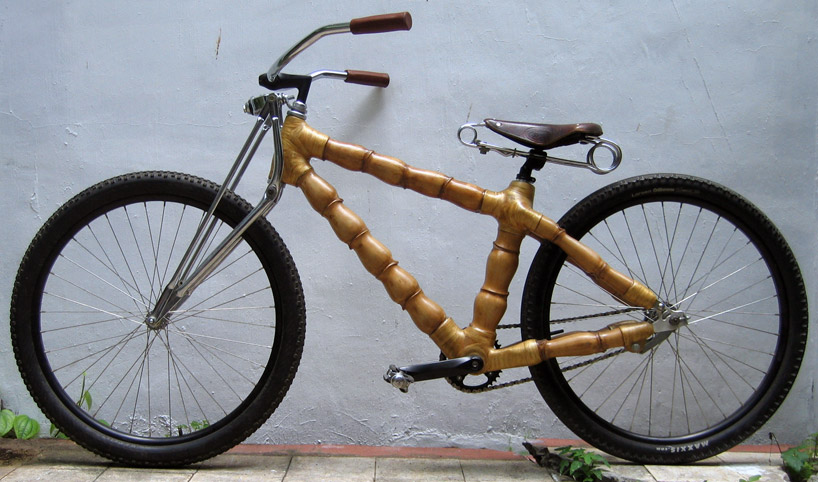 created by visual artist englebert chan of philippines bamboo design studio kawayantech, ‘buddha’s belly bamboo bike’ is a one-off bicycle model designed to showcase the versatility of bamboo as a structural material. utilizing the typically ornamental plant of buddha’s belly bamboo, the cruiser-style bike retains some of the form of the original plant in its design. 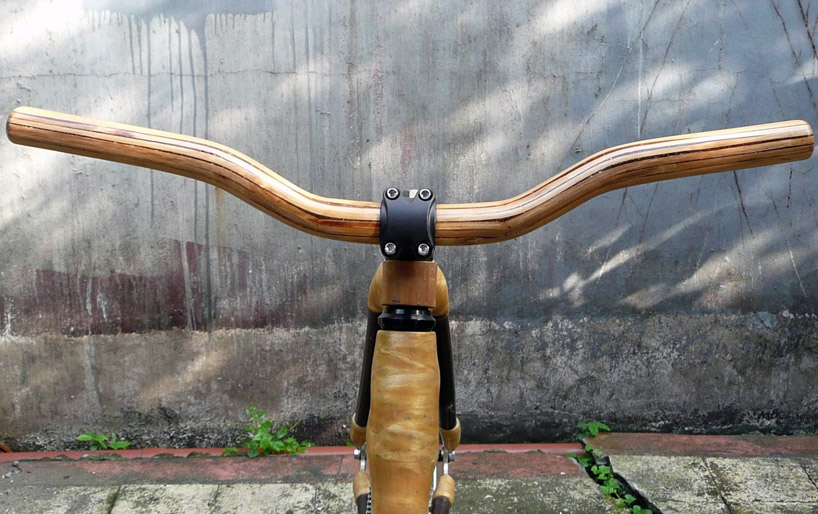 englebert chan has also designed the ‘bamboo bike handlebar’. the piece takes an unconventional approach to bamboo processing, cutting the material into thin slats and laminating it together. 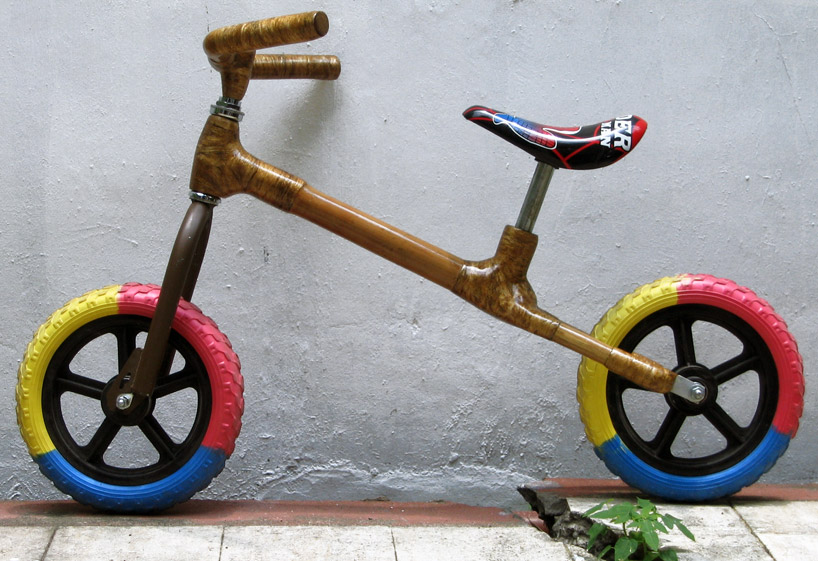 designed by kawayantech artist eric cadiz, ‘kids bamboo pushbike’ is composed of bamboo, with a pedal-less design that encourages children to push along with their feet. the bicycles are produced by residents of a filipino gawad kalinga community (a foundation designed to reduce poverty), creating employment opportunities for them. cadiz has also created a bamboo-based electric bike, the ‘electric eric‘.

read more about the ‘bamboo bicycle’ by british designer ross lovegrove, first on exhibition during milan design week 2009 and now included in the ‘rethinking bamboo’ show.