design 11k views
taking the newfound portability of technology from the 1960s and combining it with the mind of a designer today, korean-based studio PDF haus has reimagined the retro-futuristic TV teleavia P111, first released in 1966. their concept of the remodel, which pays close attention to the space-age inspired products of the decade, takes off with a form that is futuristically round, whilst applying a few contemporary touches. 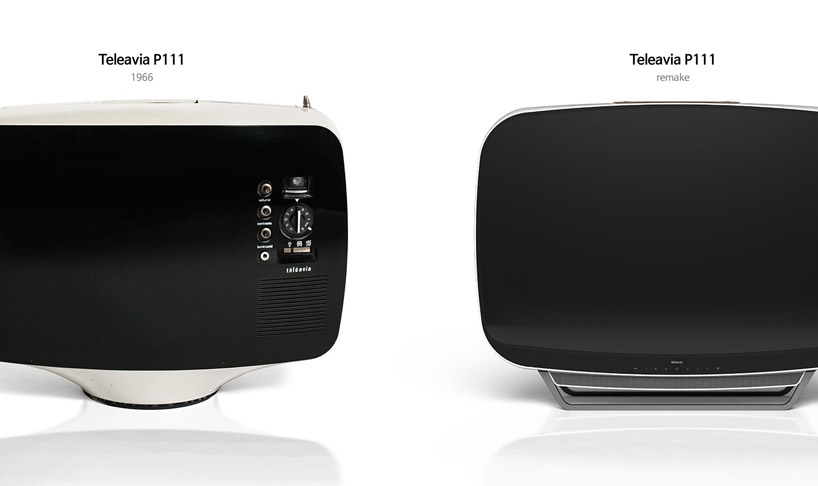 korean-based studio PDF haus has reimagined the retro TV teleavia P111
all images © PDF haus
the teleavia first came into existence when french designer roger tallon was commisioned by french firm thomsan SA (now technicolor) to ‘revolutionise the shape of TV sets’ during the 1960s. with movies like barbarella and stanley kubrick’s 2001 – space odyssey showing fantastic futures with softly rounded furnishings it only makes sense spherical radios or televisions of the time would bring the space age into the terrestrial living rooms. 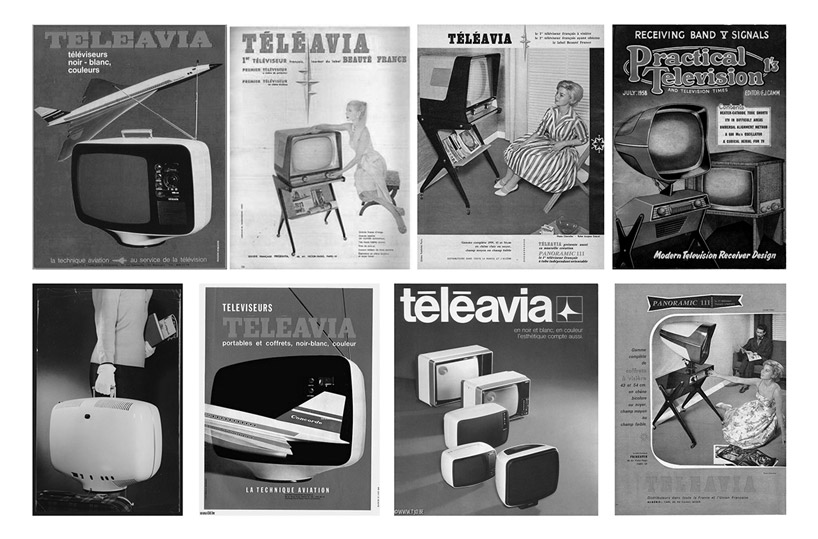 PDF haus took inspiration from the retro futuristic shape and form of the original teleavia model
now hogeun jang, of PDF haus, has reimagined the initial P111 model for today’s customer with a nod to it’s original sources of inspiration. still plastic, the remake echoes the form of the original whose initial portability has been kept in tact with the addition of a leather handle. the controls that once featured loudly on the front of the model have been minimised using clean and simple icons, repositioned at the base of the screen. 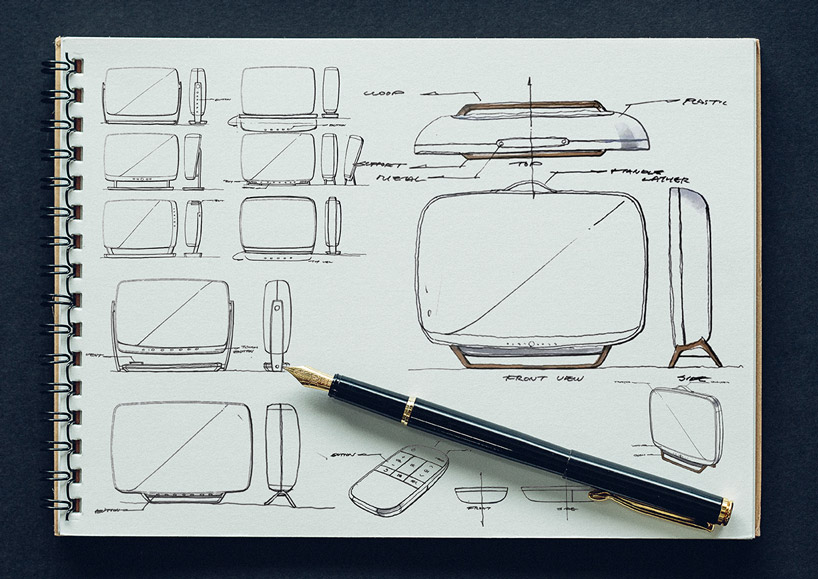 the new model features a rounded plastic body
behind the tv are a series of different ports, including a HDMI, four USB’s, PB, PR and YLR, WPS audio in/out and RGB in. speakers are located both at the back of the television and at the front below the control panel. the new-gen concept also comes with a compact remote which appears to fit perfectly into the hand. 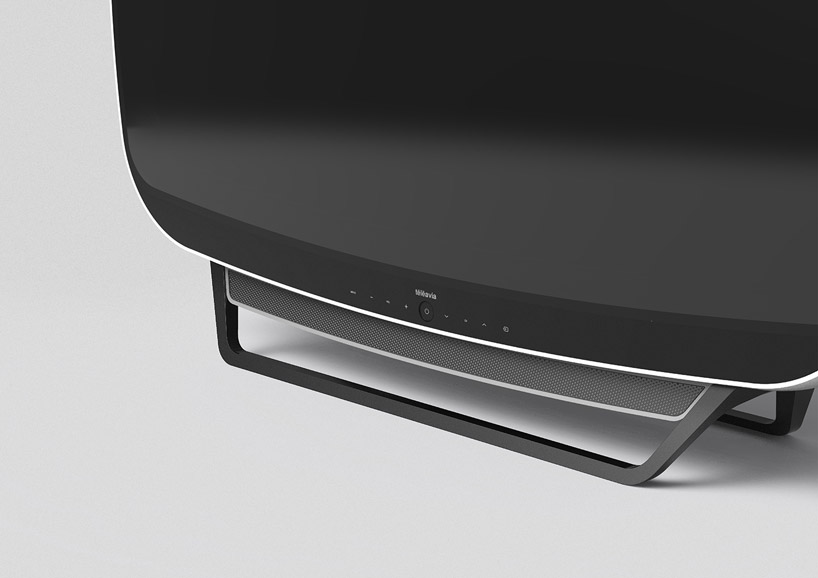 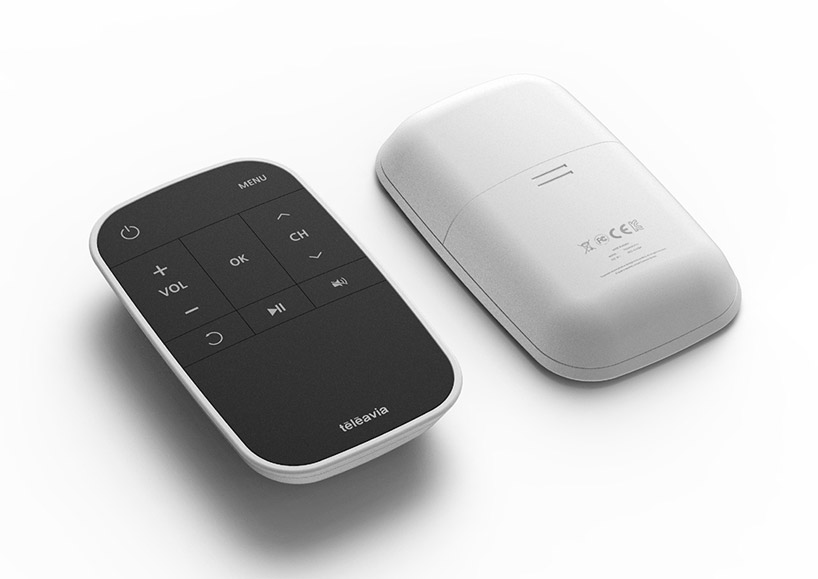 the new-gen concept also comes with a compact remote which appears to fit perfectly into the hand. 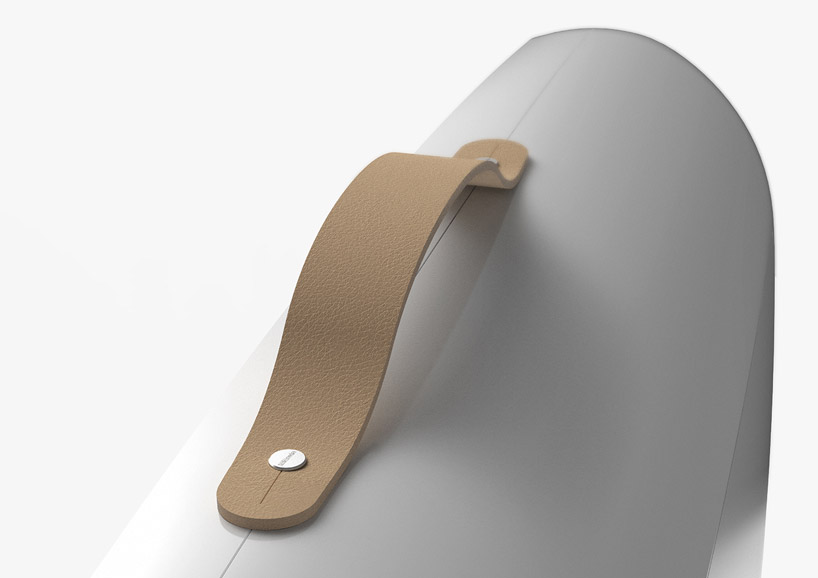 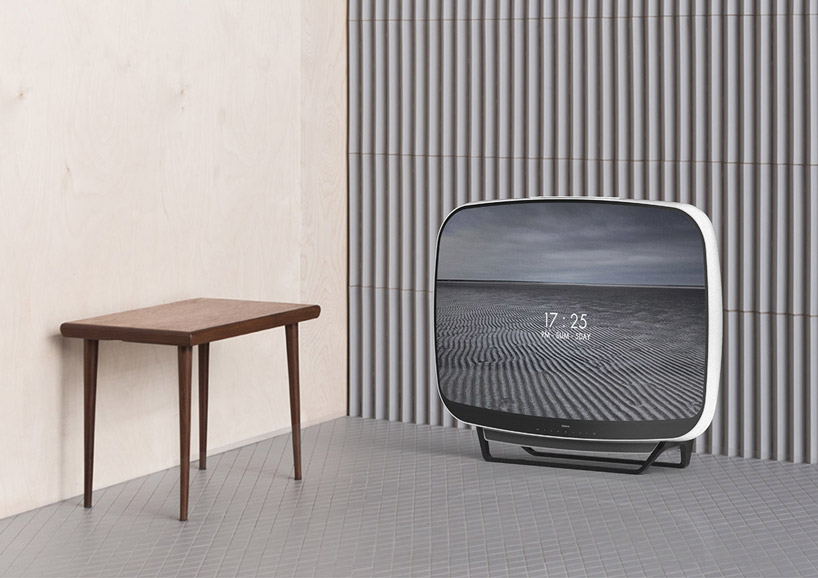