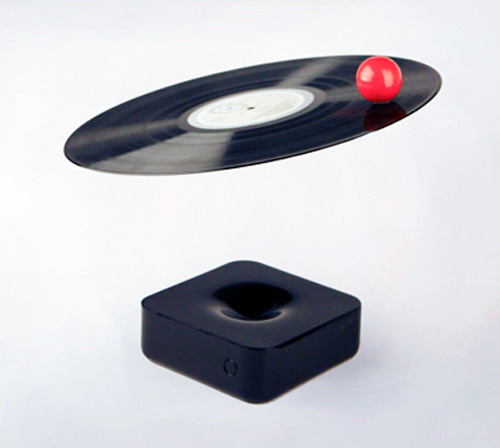 korean designer rhea jeong has sent in images of her ‘void’ LP player. the record player uses a carrier and dock outfitted with a magnetic and auto-calibrating control system which carries the LP into thin air as it is playing music. a self-running record player shaped in the form of a red sphere, contains a needle, amplifier and speaker, spins around the record, bringing the music to life. the sphere that plays the vinyl was technically influenced by the ‘vinyl killer’, currently the world’s smallest LP player that has a built-in motor, amplifier and speaker.

simple colors and shapes express a kind of astronomical movement between the object and space. the levitation is managed electronically. once turning the player on, you can manage the elevation levels through the touch sensors on the front side of the base unit. 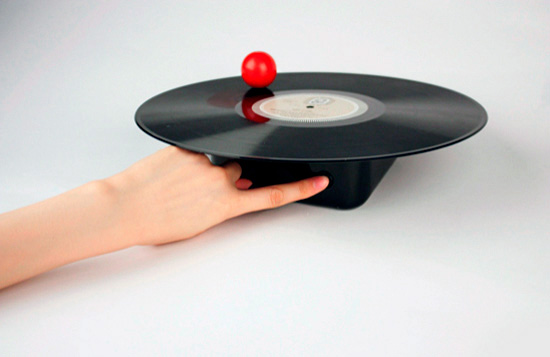 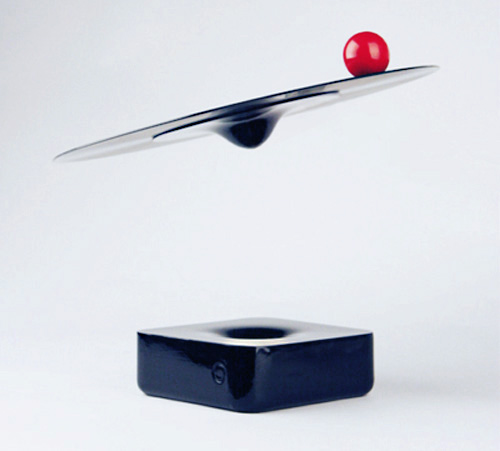 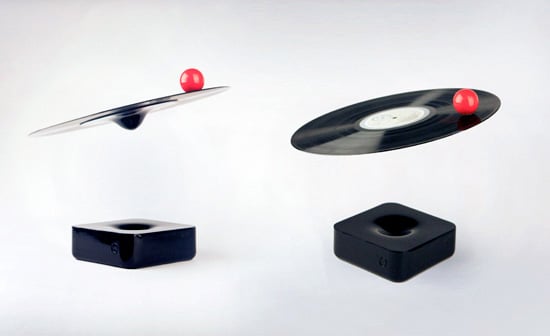 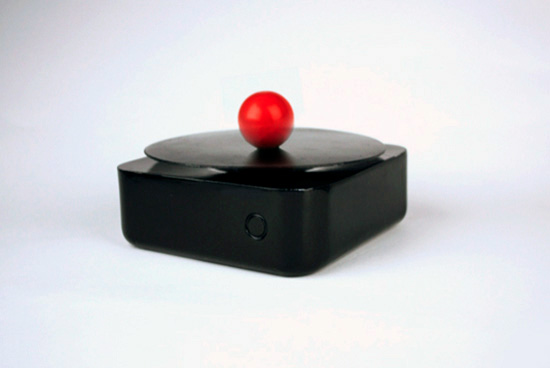 structure of the ‘void’ LP player 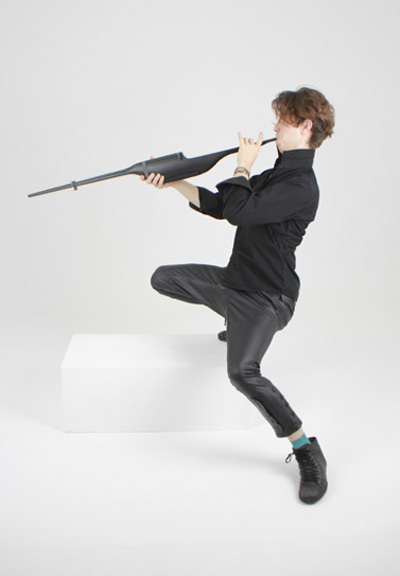 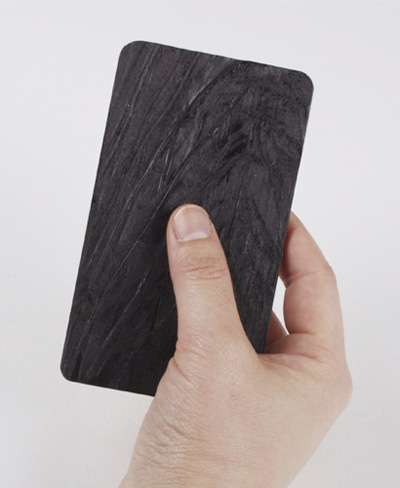 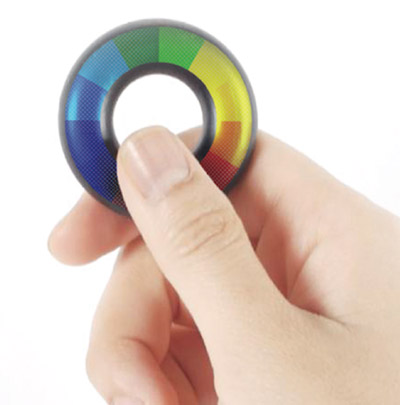