the ‘rice bowl’ by tokyo-based keita suzuki of product design center for brand THE, fits perfectly in user’s hands. the 12 centimeter diameter of the bowl is derived from the average diameter of a japanese person’s hand when a half-circle is made with the thumb and middle finger. height is also accounted for; the piece is six centimeters tall which creates an ideal 2:1 ratio between the hand and ware. 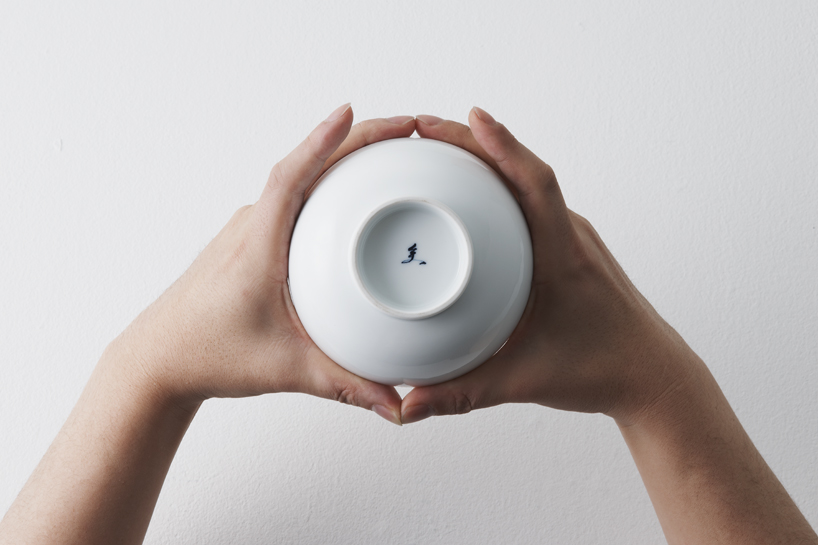 in ancient japan,  a system was formed known as ‘shindoshaku’ which provided precise measurements and proportions of the human body. in modern times the method has all but disappeared amidst standardization and careless demands of the masses. however suzuki’s bowl, which uses ‘shindoshaku’, proves that sometimes the oldest techniques are better than the newest technology. ‘rice bowl’ comes in five variations, each corresponding to a prefecture of japan and its distinct pottery style. the requirement stated to each region was that the bowl must be white; but white has many meanings, as evident in the five distinct results. 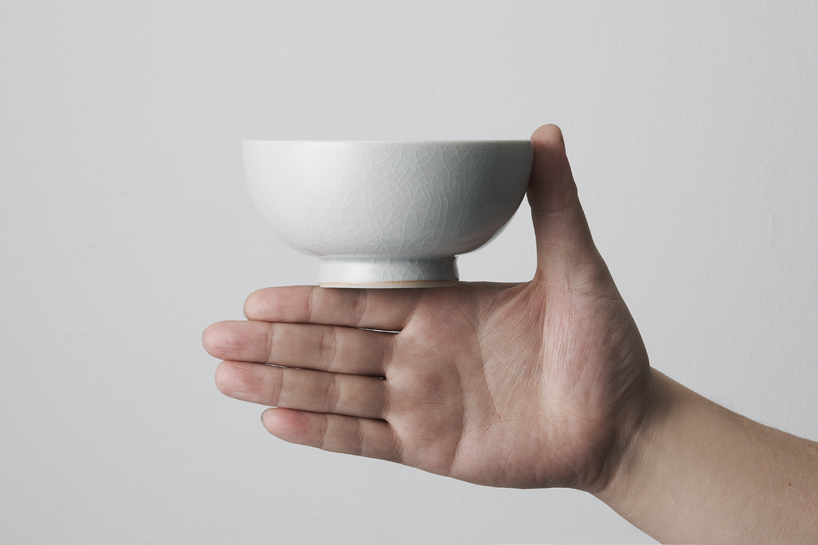 the ratio between the pointing finger and thumb  is exactly 2:1, same as the design

‘arita’ (saga prefecture) is a region known to have first discovered kaolin (clay) in japan 400 years ago. arita-yaki porcelain has been widely recognized in and outside of japan, and was extensively exported to europe in the 17th and 18th centuries. then known as ‘imari’ it possessed a trade value equivalent to gold. the transparent complexion of white distinct of ‘arita’ is a result of time-honed craftsmanship. 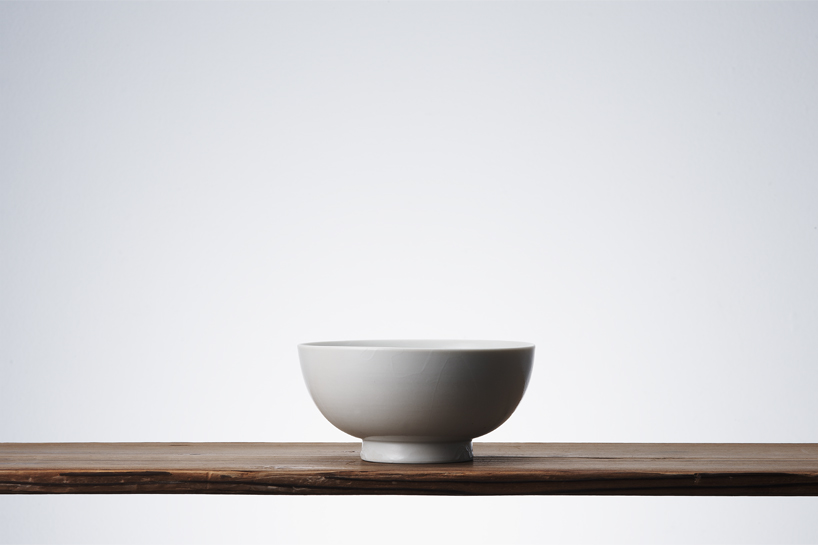 ‘kiyomizu’ (kyoto prefecture) is said to derive its name from kilns near the gojo-zaka area of kyoto near the popular tourist attraction, kiyomizu temple. kiyomizu-yaki porcelain was created for the vast demands of traditional cuisine and tea china of ancient kyoto. the technique is characteristic of its pioneers, ninsei nonomura and kenzan ogata of the early edo period. 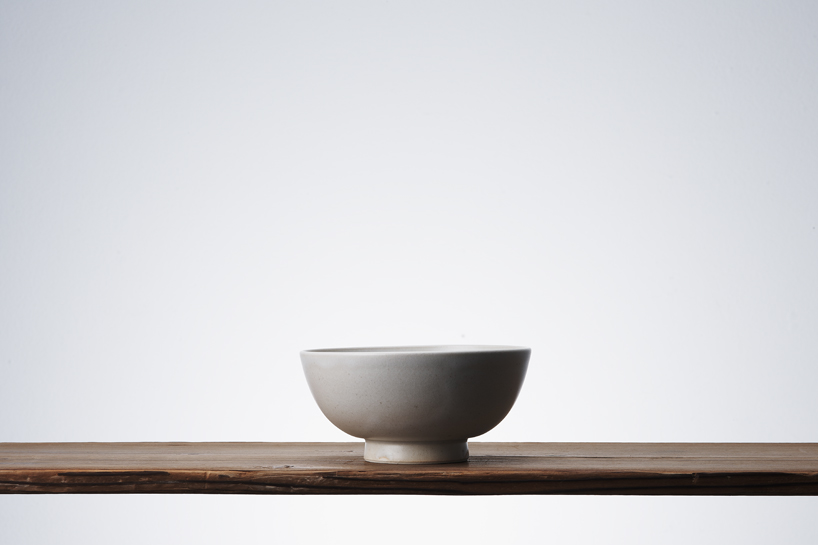 ‘shigaraki’ (shiga prefecture) ware is a form of traditional pottery with a history of over 1000 years. considered one of the ‘six old kilns’ of japan, the high heat resistance and plasticity of the local clay sourced from the bed of lake biwa is ideal for ceramics. located in the kinki region of japan, shiga has a distinct culture with thriving zen buddhist traditions making the area a hot spot for potters. 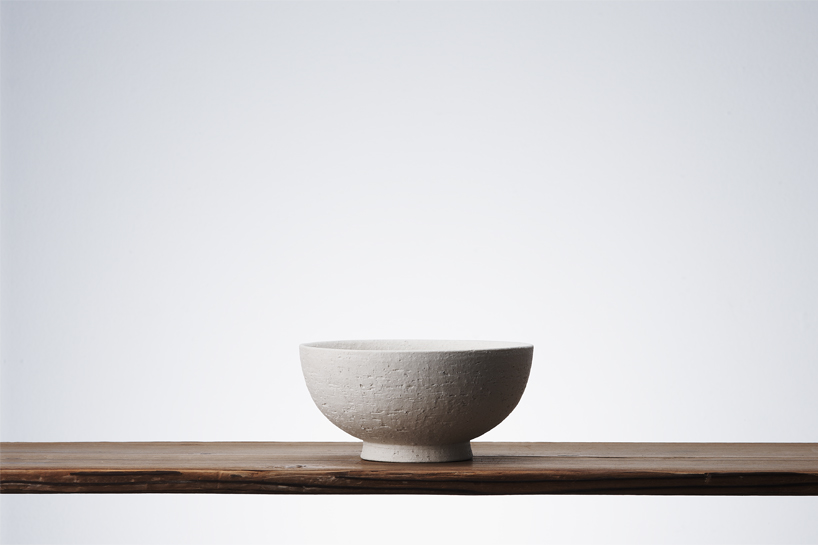 another of the ‘six old kilns’, ‘seto’ (aichi prefecture) products were so widely used in eastern japan that the name became a generic term for all ceramics. in the middle ages, ‘seto’ was said to be the only place that applied glazes to their pieces. the kaolin layer of the region is known as one of few in the world that contains an abundance of fine clay and quartz sand ideal for earthenware. 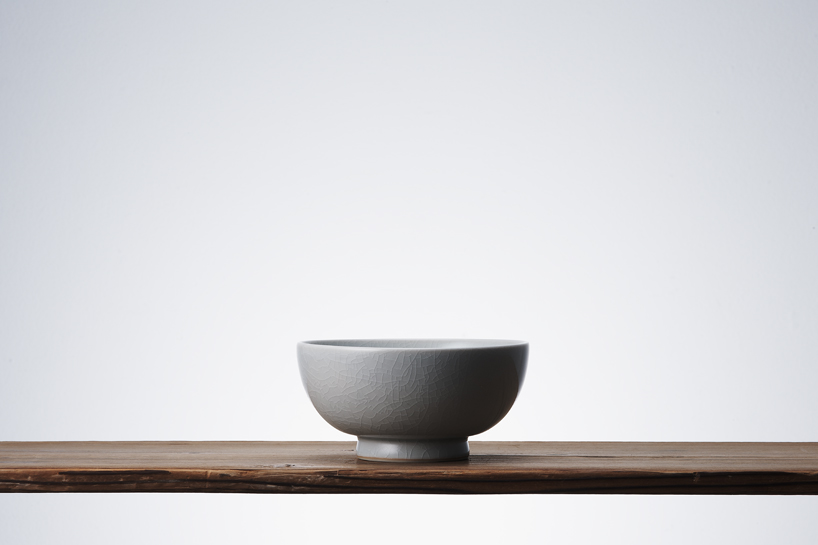 ‘mashiko’ (tochigi perfecture) is iconic for the ceramists such as shoji hamada, cofounder of the ‘mingei’ folk art movement of the 1920’s. ‘mashiko’ thrived in the late edo period and its pottery was sent as gifts to the shogunate. later, in the years of the meiji period it was widely used in the prodution of roof tiles. 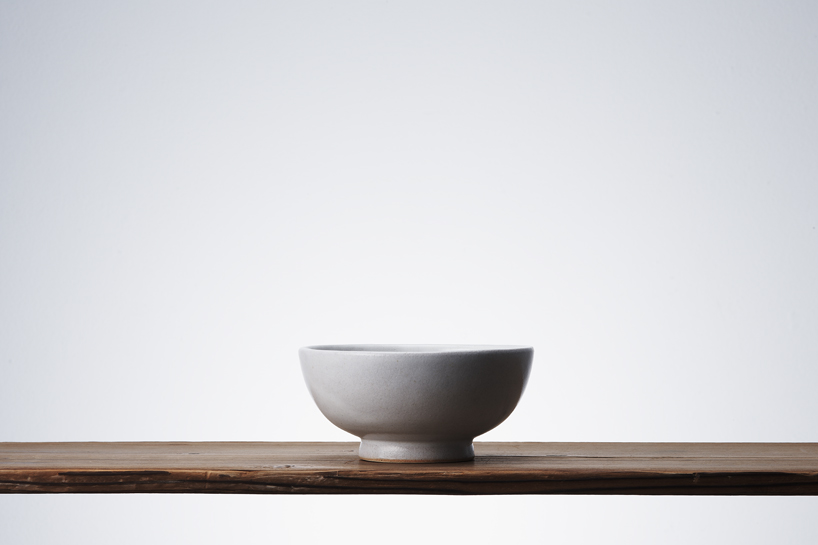 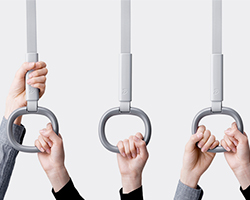 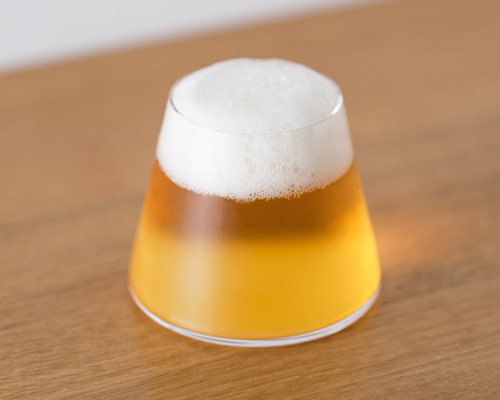 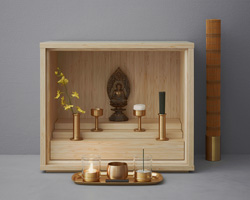 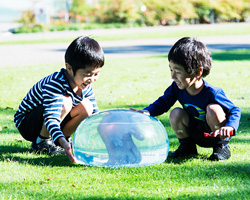 Nov 11, 2014
keita suzuki forms chair from all the tears you will shed in a lifetime

Dec 26, 2022
blackishgear's all-black camping equipment makes your campsite as dark & edgy as possible
from twin shelter tents to hexagonal 'puzzle' tables, the outdoor brand offers a range of products that will set you apart from other campers.
design
294 shares
connections: +190