richard hutten: 18 years of playing the design museum of gent, belgium on now until june 6th, 2010

’18 years of playing’ is the biggest retrospective to date of the dutch richard hutten studio, which was founded in october 1991. the show is a cross section of hutten’s work from the past 18 years, varying from well-known pieces such as his ‘table-chair’ and the ‘dombo/domoor’ mug to less-known works, alongside his more recent projects like ‘book-chair’. the exhibition space has been designed by hutten, a playful setting is typical of his style. 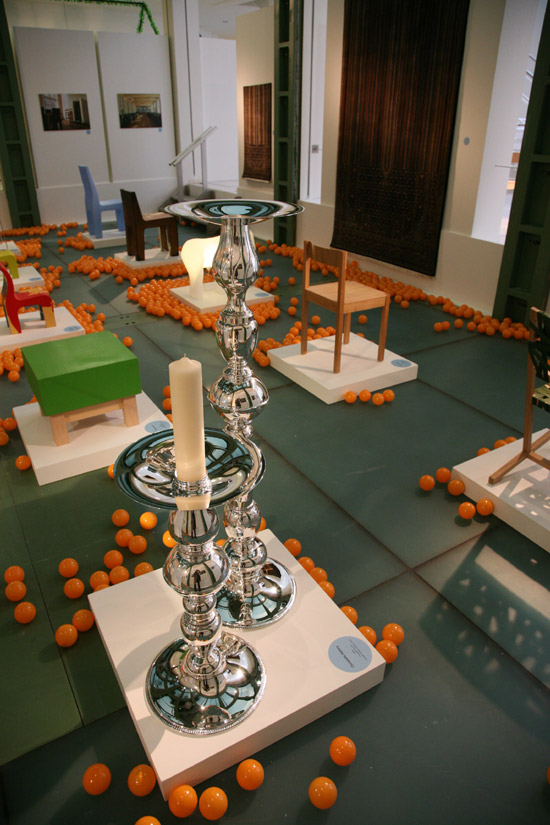 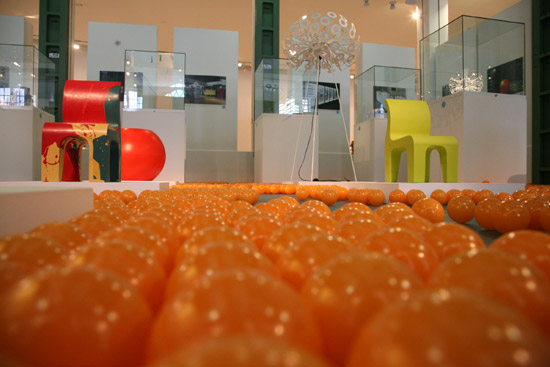 orange balls cover the floor of the exhibition space 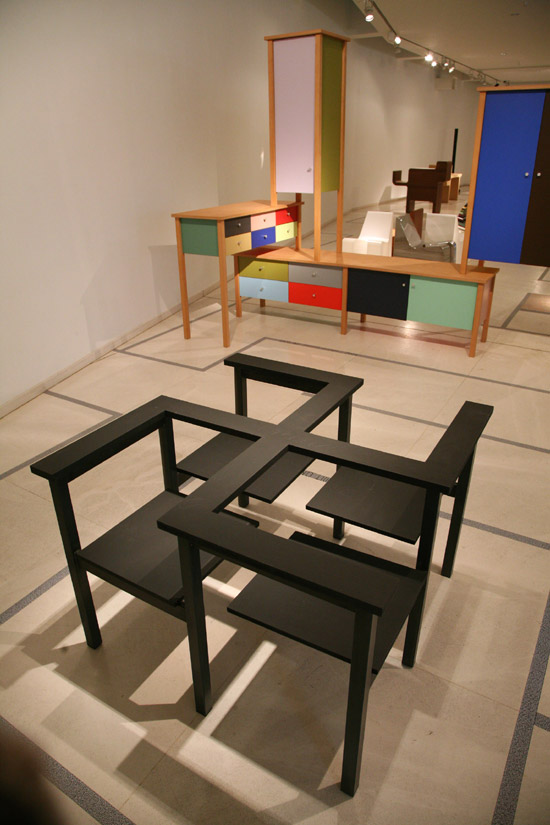 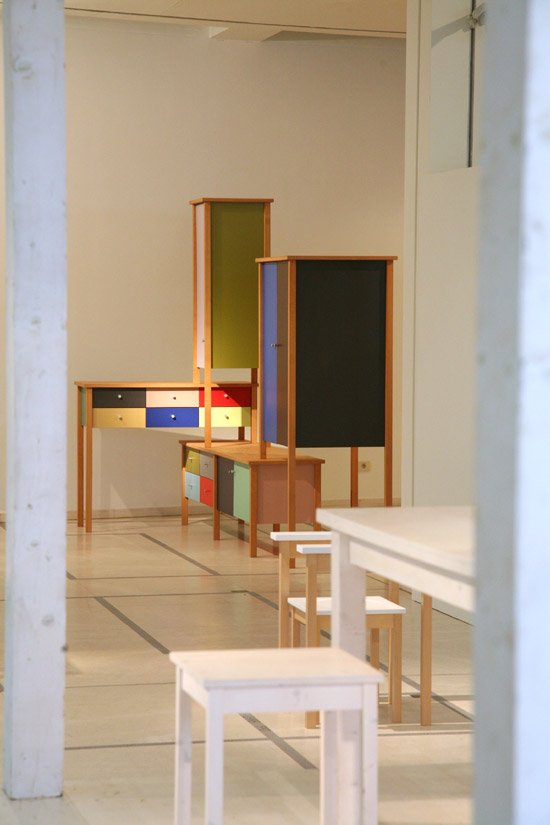 interior spaces have also been incorporated into the exhibition 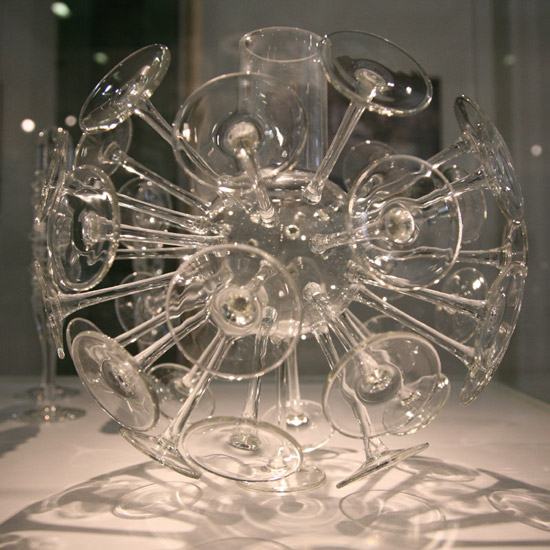 ‘playing with tradition’ is one of richard hutten’s most recent projects. wanting to work with traditional carpets for a number of years, hutten was looking for a way in which to bring together the old and the new – a kind of east meets west approach to traditional carpets. in developing his design, hutten researched different patterns and decided on this idea of stopping the pattern at a certain point (which was carefully chosen) and stretching the design outwards into a linear pattern. the carpets have been made in collaboration with italian carpet company i + i. 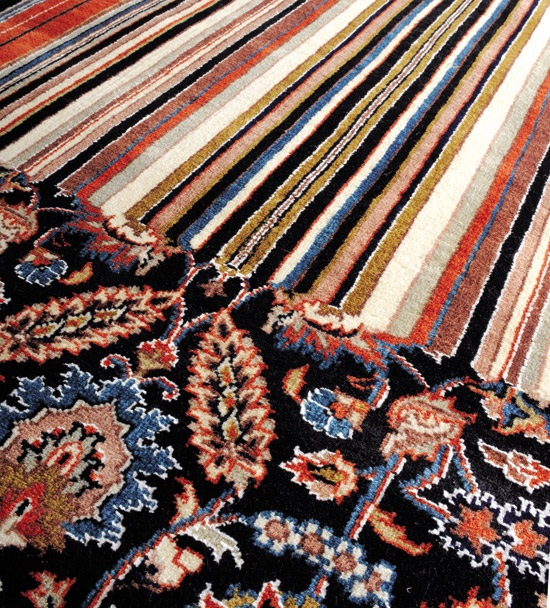