designboom was in the czech republic to attend křehký mikulov, the first festival of art design in central europe. conceived and curated by křehký’s jana zilinski and jiří macek, the event sees the presentation of four new limited edition pieces which are part of the křehký stories collection. ‘camoufleur’ vases by dutch designer richard hutten is among these objects. his concept is a four-vase design, each piece fitting within the other to create a tiered object. the individual respective vessels feature six words each which run vertically around the opening of the vases. by turning the pieces, one can create sentences such as ‘I love you forever’ or funnier, weirder phrases such as ‘they play you outside’ or ‘horses kiss dark forever’. when the pieces stand alone, they reveal a hidden graphic pattern which hutten has designed based on the dazzle camouflage technique developed by artist norman wilkinson. the vases are produced by local czech ceramist daniel pirsc for křehký. 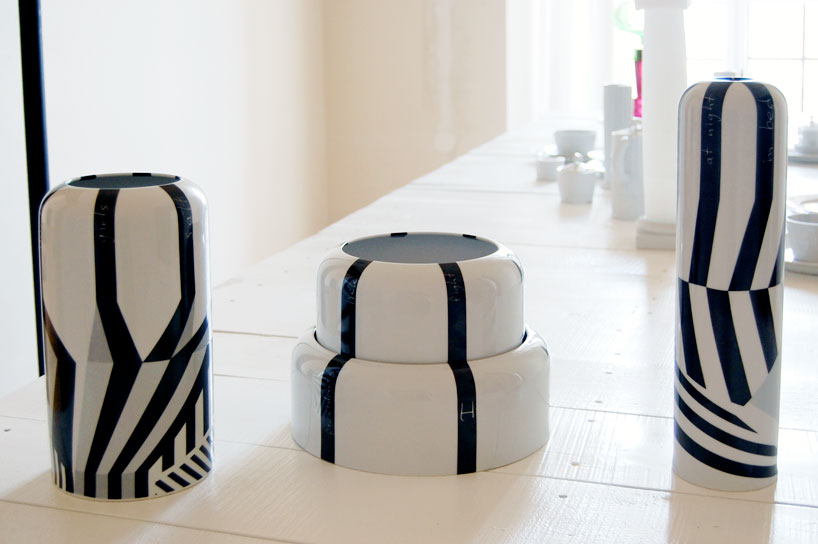 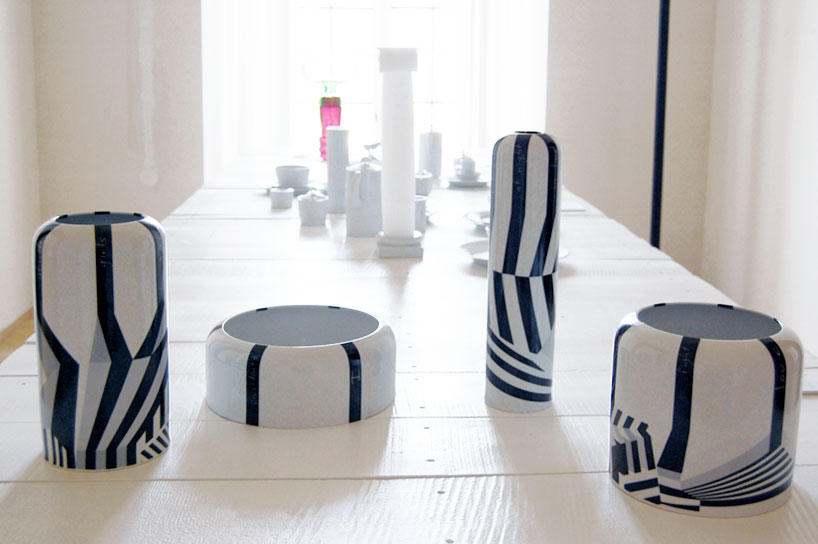 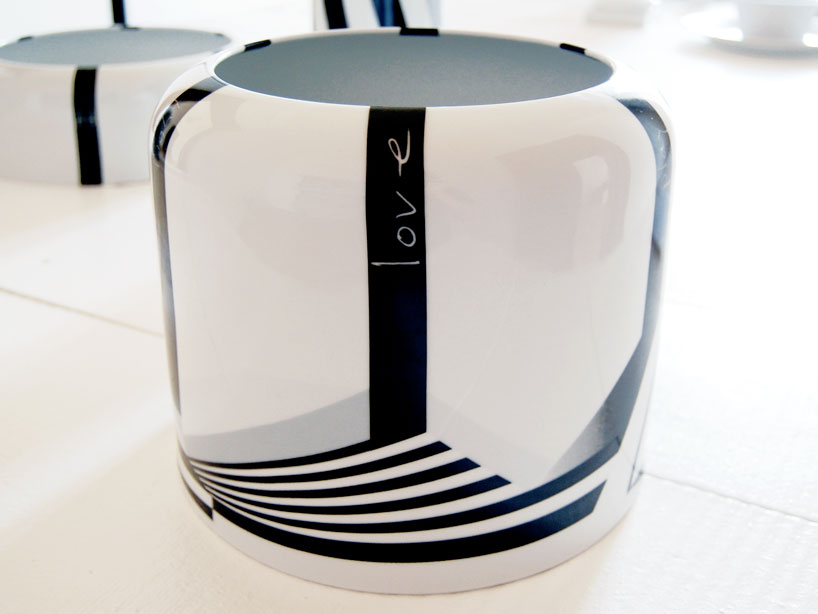 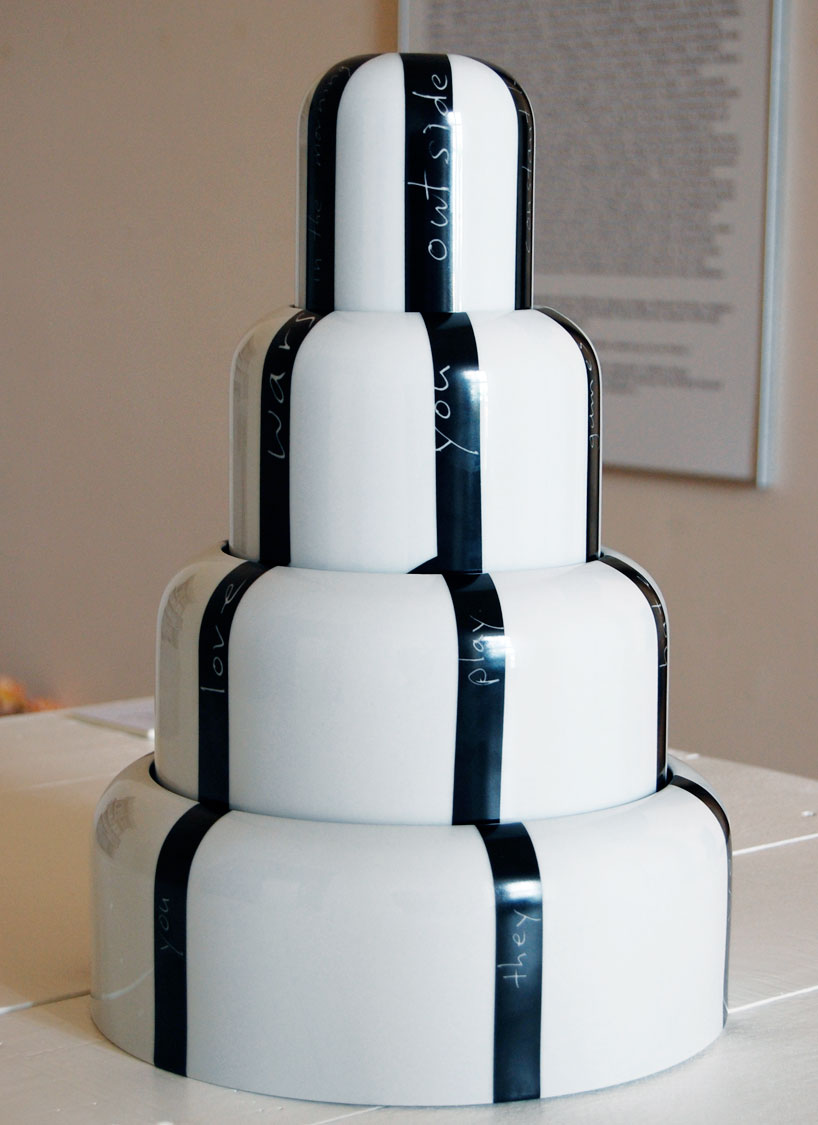 each vase features six words, which when one turns the vessels, can create funny and weird sentences  image © designboom 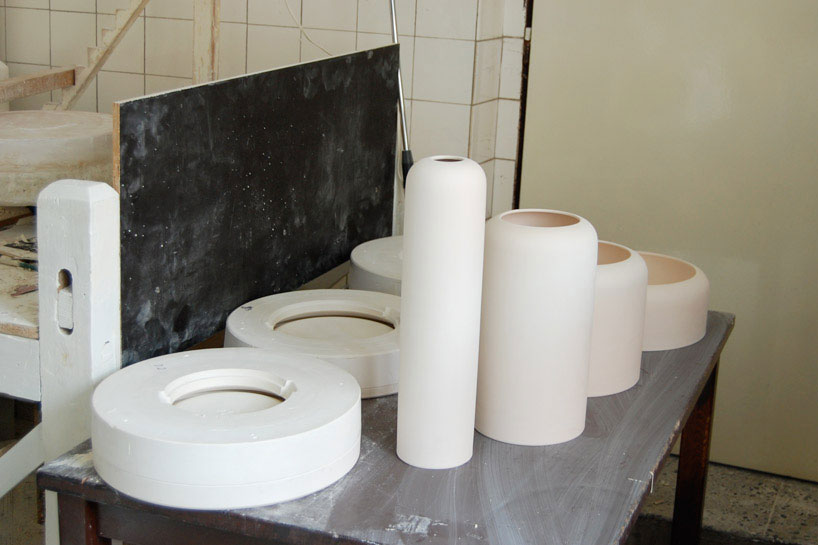 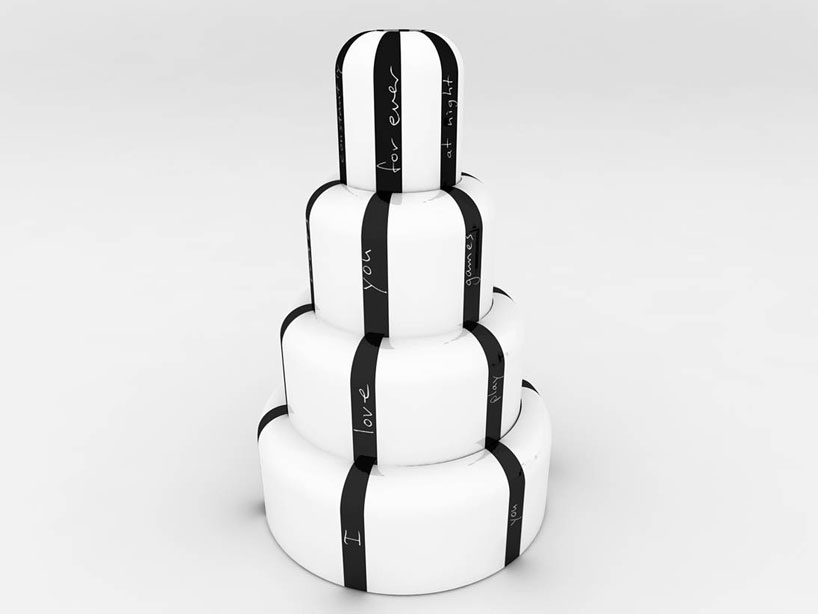 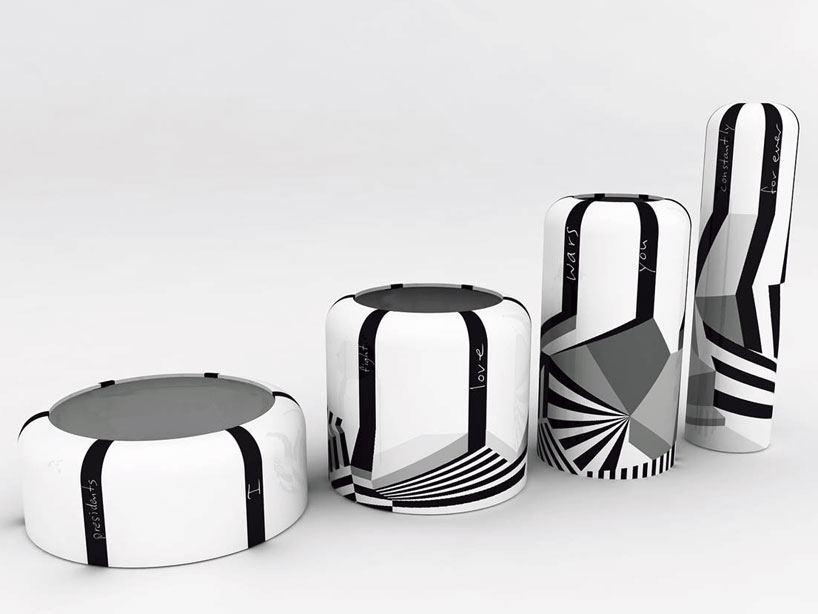