homeware company ngispen have collaborated dutch designer richard hutten to develop ‘thunderball’, a pendant light whose overall form is dictated by the user. the lamp, which is constructed from of a flat sheet of metal, is composed of a series of interlocking hexagons, connecting each shape are small hinges that allow the user to form and fold the object in endless ways. ‘thunderball’ was previewed for the first time at interieur 2010 kortrijk. 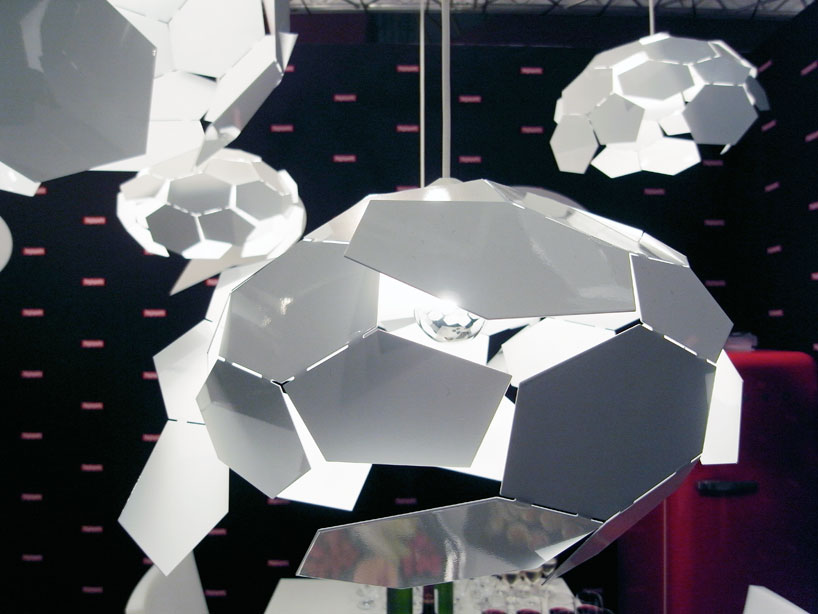 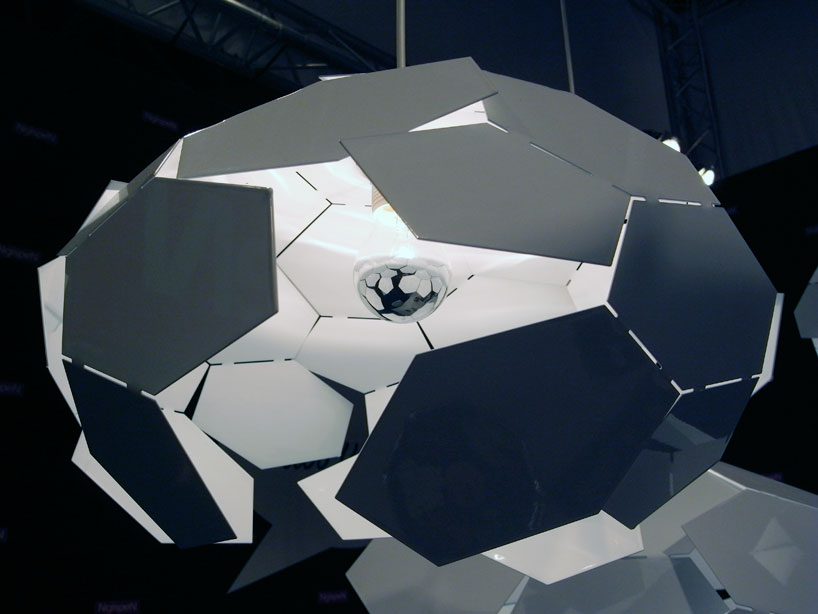 the underside of the lamp image © designboom 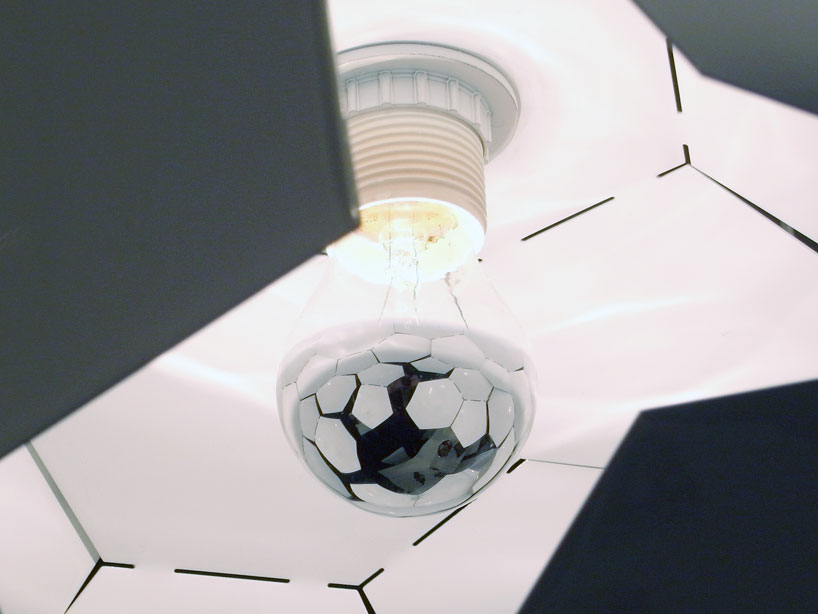 reflection of the hexagonal forms in the light bulb image © designboom 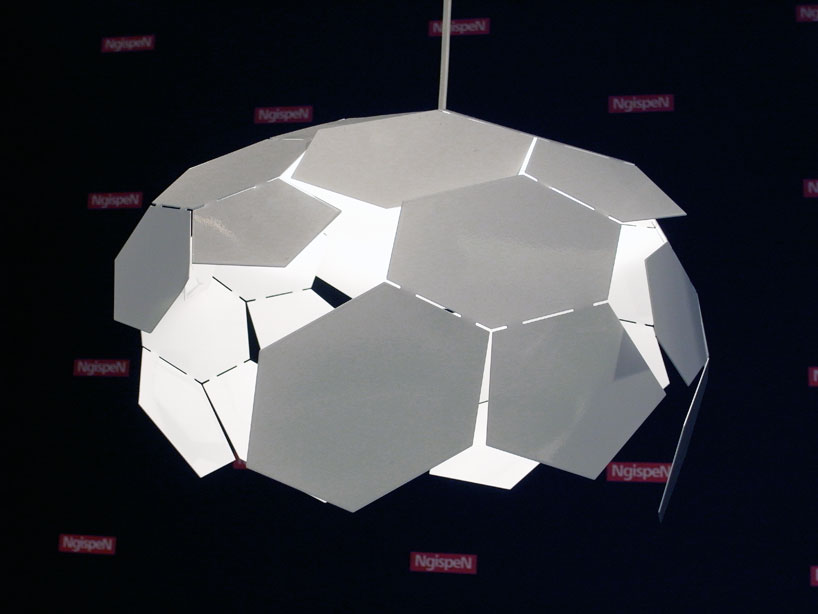 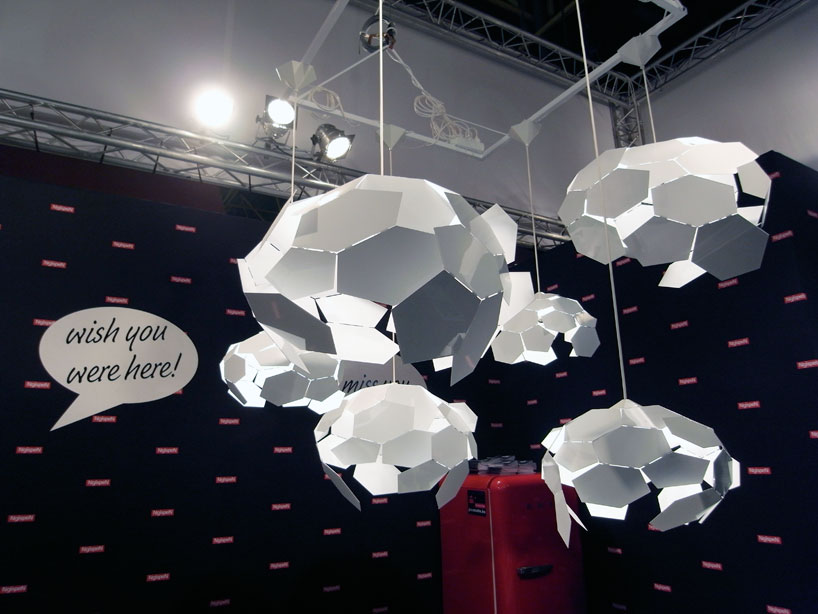 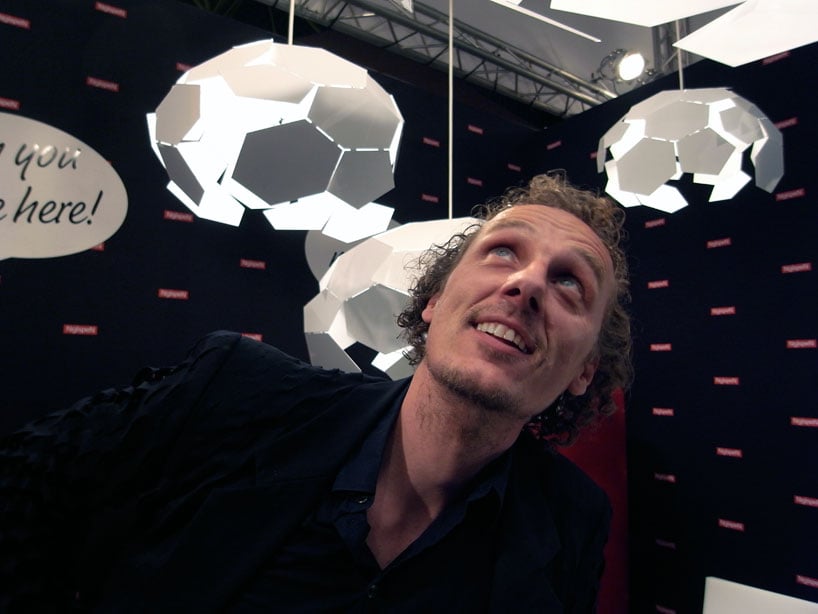 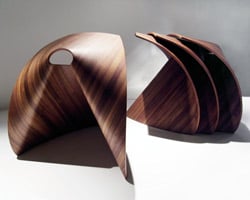 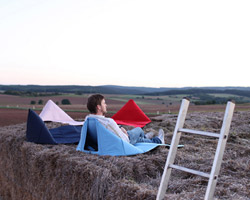 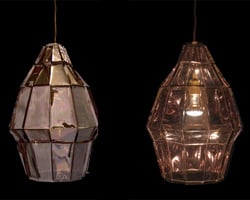 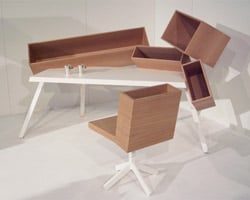 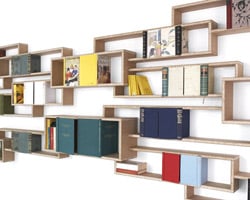