the work of architect and designer gerrit rietveld is being celebrated through a series of events organized by the centraal museum in utrecht, the netherlands starting this month until january, 2010. this initiative titled the ‘rietveld year‘ includes such events as the ‘eye catcher series’ which highlights a different region each month where rietveld’s architectural design will be accessible to the public. additionally, an exhibition of his furniture, such as the red blue chair made on a scale of 1: 144 by canadian designer maarten meerman, and a display called ‘rietveld universe’ of his most iconic work will on view starting october through to the end of january. 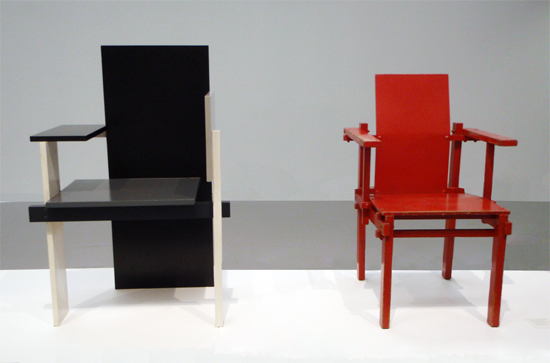 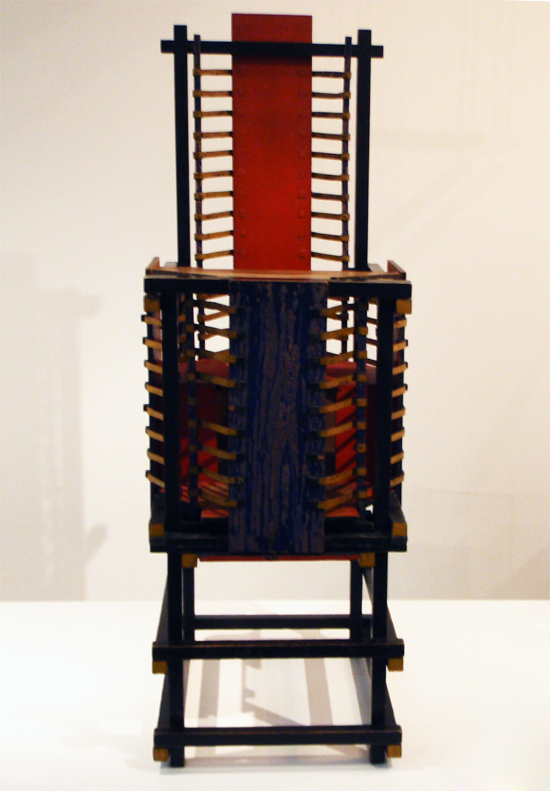 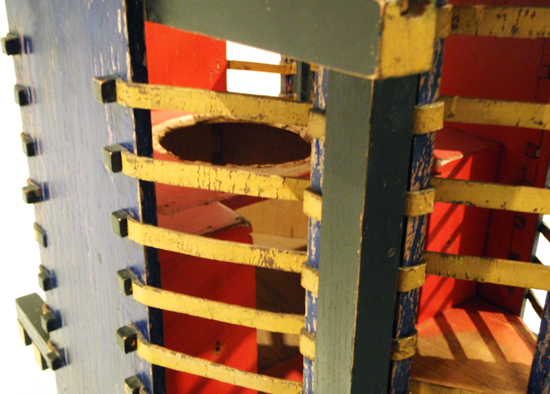 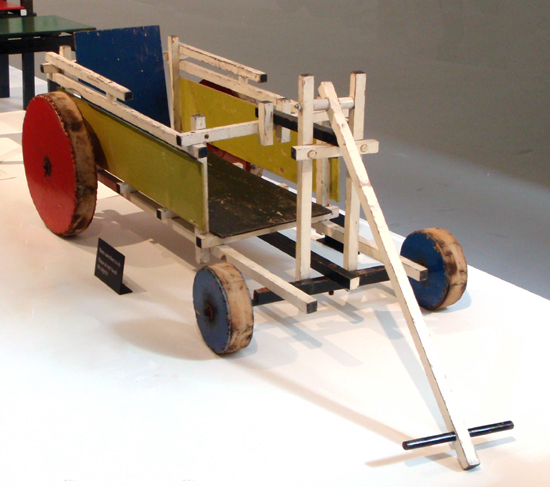 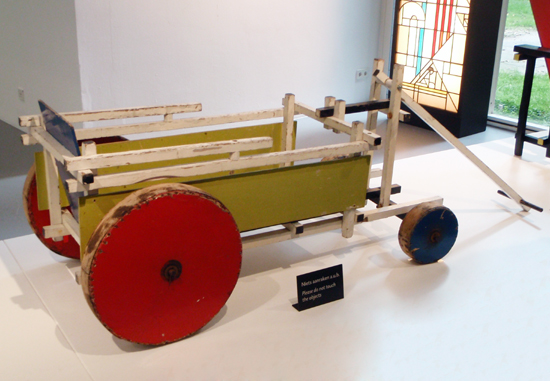 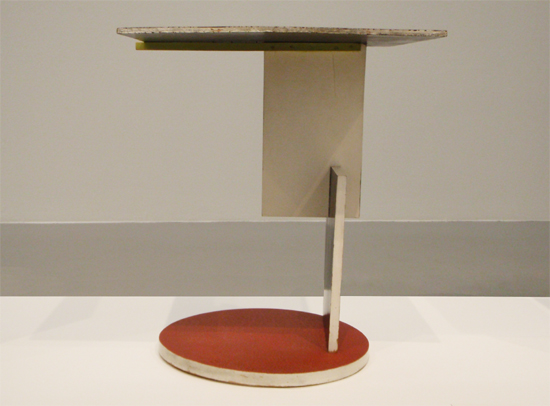 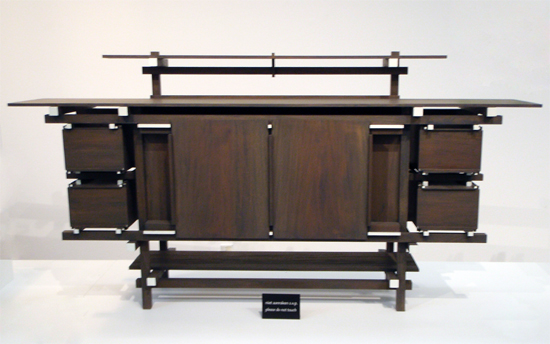 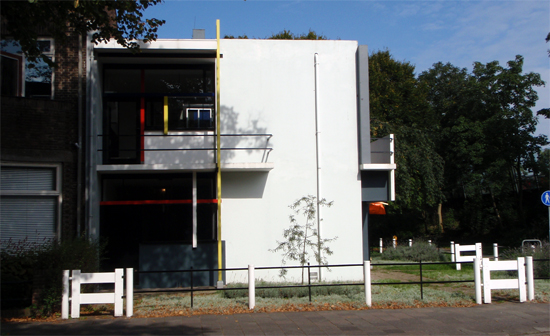 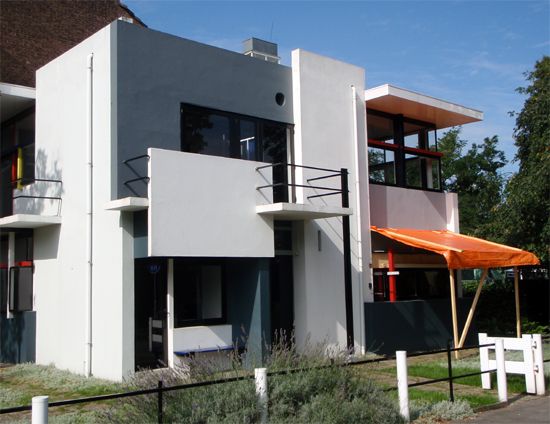 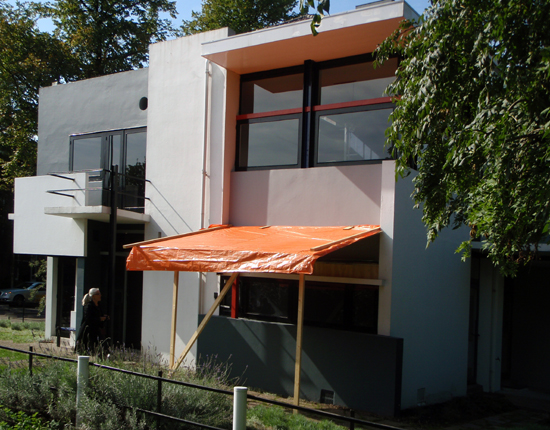 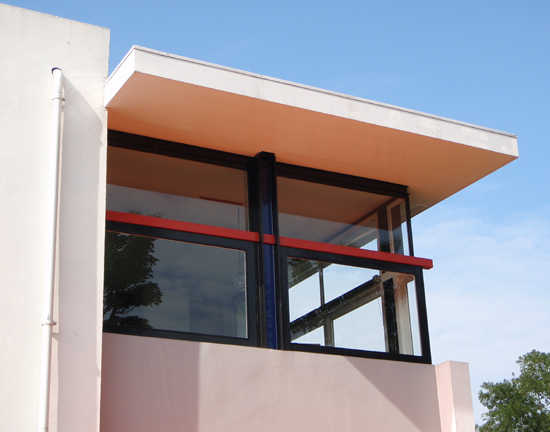 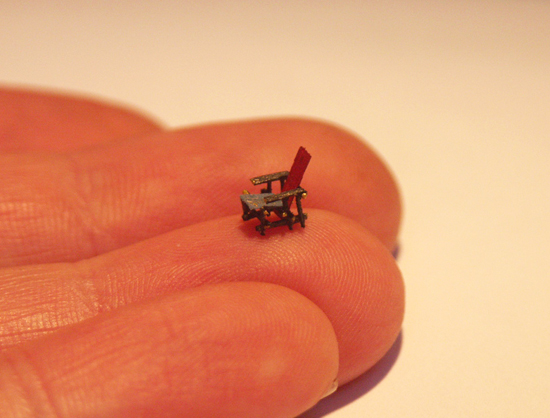 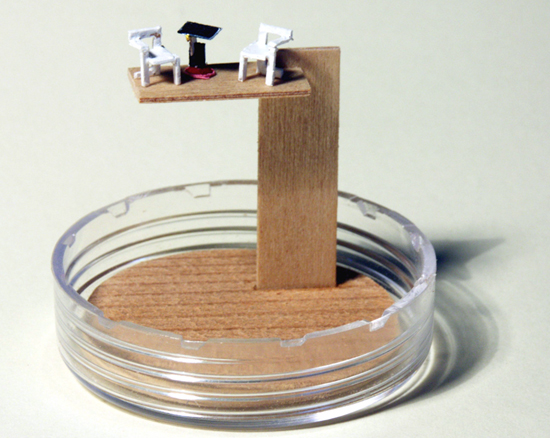 ‘steltman chairs’ in left and right-hand versions, with the end table in the middle in scale 1:144. 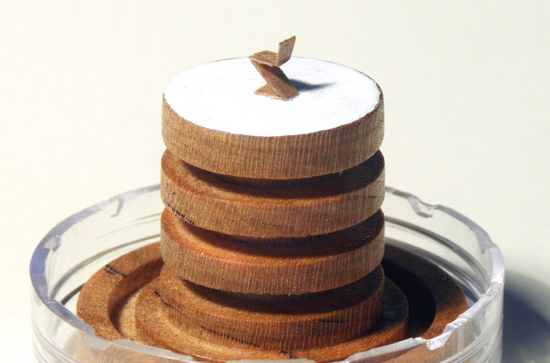 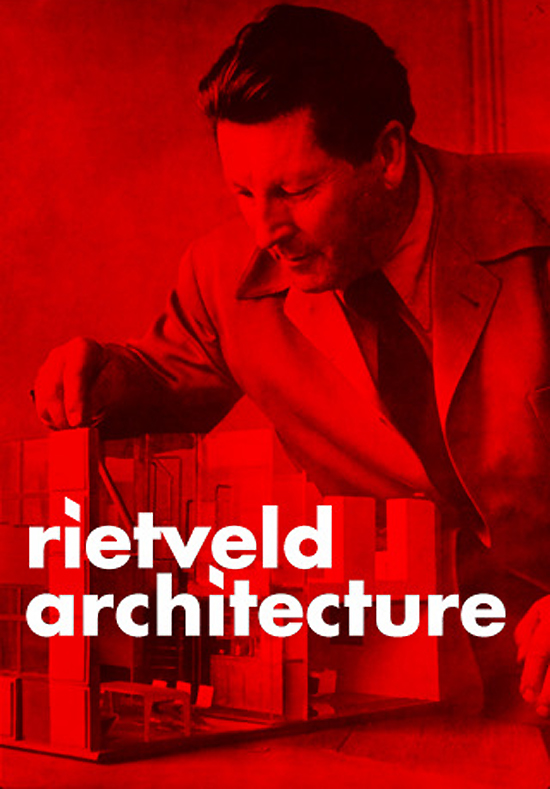 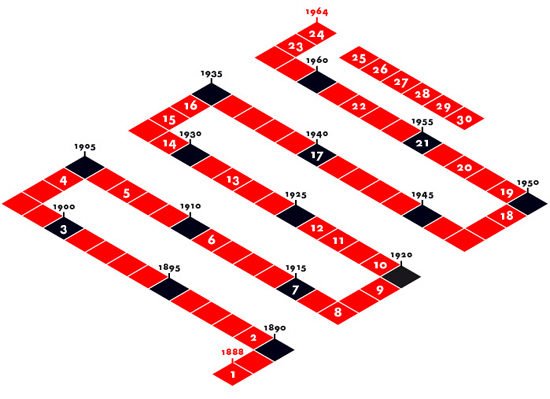 ‘rietveld routes’ take visitors to the most prominent of the architect’s more than 100 buildings in the netherlands via a recently released iphone application.