a group of designers from the royal college of art in london have conceived the ‘red mud project’, to explore methods of transforming red mud – an industrial waste – into ceramic tableware sets and other functional forms. the team have worked closely with material scientists, ceramicists and factories across europe, to create a series of objects from the discarded material. together, joris olde rikkert, guillermo whittembury, kevin rouff and luis paco bockelmann, aim to highlight the potential of this secondary resource as an alternative to using raw virgin materials. 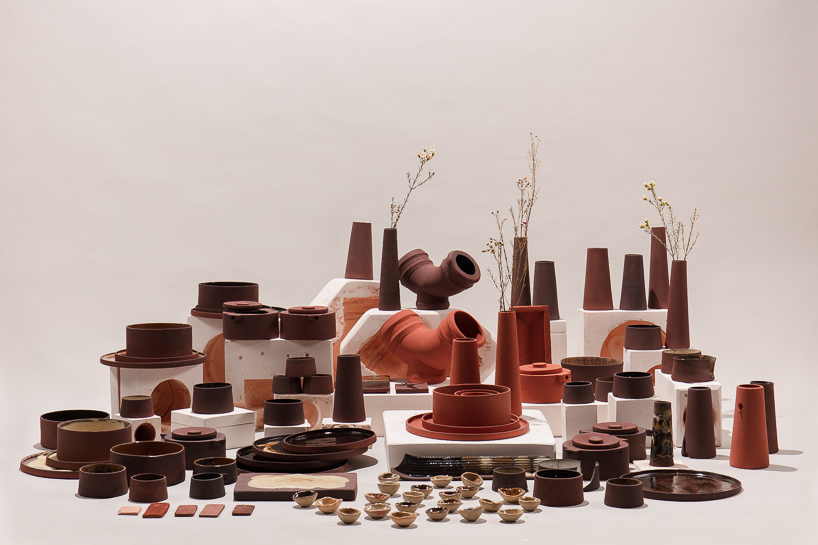 the team explored functional, structural, and decorative ceramics in an effort to show the potential and versatility

red mud, also known as bauxite residue, is a by-product of refining bauxite ore into alumina, the precursor to aluminium. the material is made mostly of iron oxide (rust), giving it its vibrant color. it also packs an alkaline punch and is only neutralized when fired. there is a colossal amount of the industrial waste: roughly 2.5 times the amount of red mud is made for each part of aluminium, meaning in excess of 150 million tonnes is produced every year. currently, it is left unused in giant pits around the world. while these make for beautiful satellite images, the environmental costs are huge. 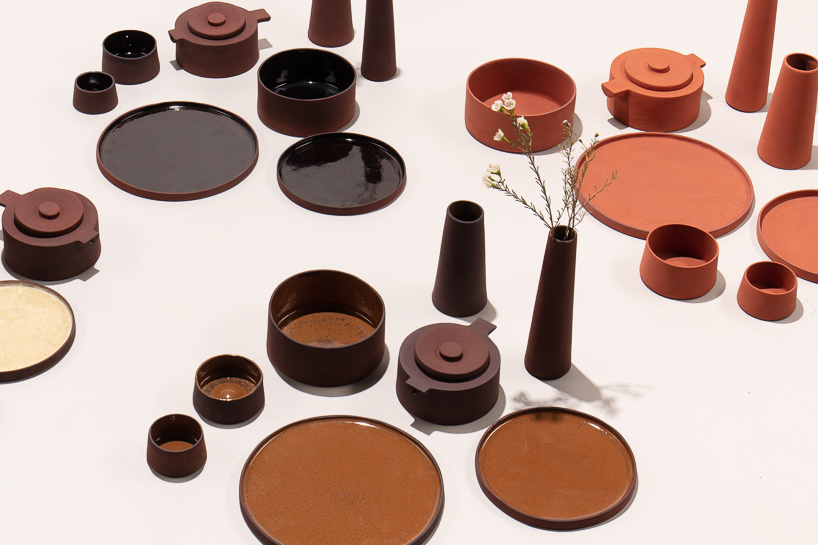 tableware sets are made using the industrial byproduct, both as the body and in the glazes

having sourced the red mud from the south of france with help from alteo – one of the first alumina refineries in the world – the designers then worked closely with ku leuven and imperial college london to explore the potential of the material both as a ceramic and as a geopolymer building material. through hundreds of tests, they developed their own clay bodies, slips, glazes, and concretes, all made with the material. 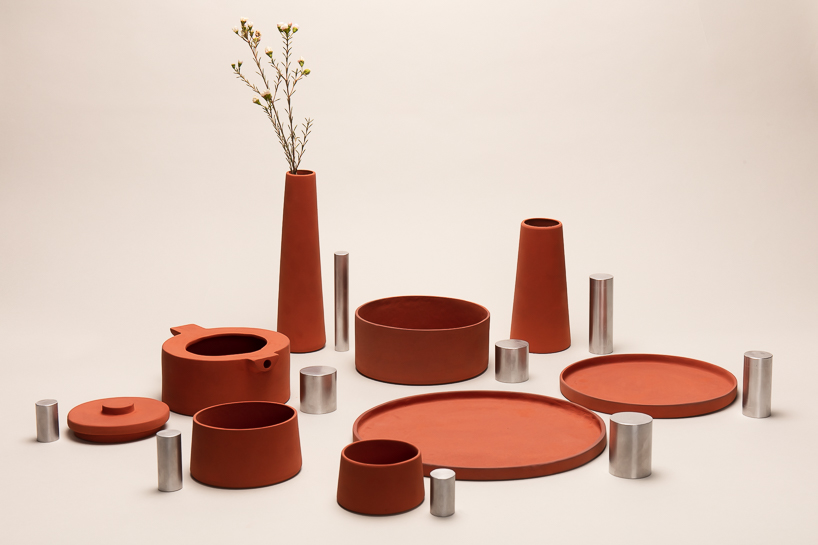 the aesthetics of the red mud tableware series are inspired by that of a factory, with forms echoing chimneys and silos. the glazes were also developed using the same material, given the abundance of metal oxides in its composition. the results created a variety of color according to the firing temperature, ranging from a soft terracotta red, through to purple, and eventually almost black. the aim of these pieces is to make people aware of the impact of materials that are everyday taken for granted, like aluminium, and to realize the potential of their by-product counterparts. 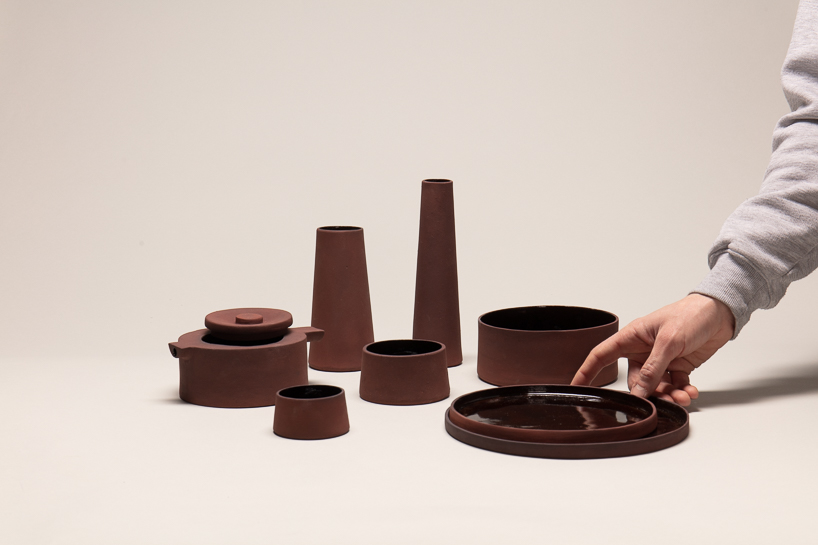 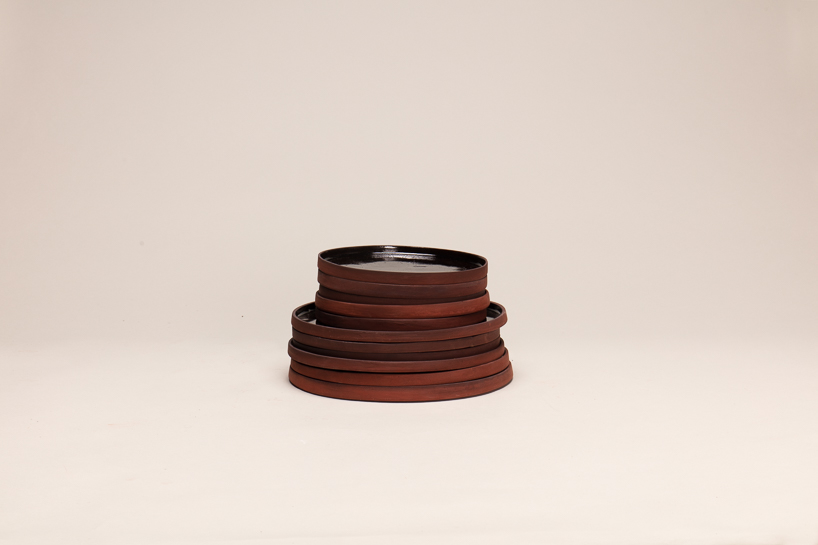 when fired, the alkalinity is neutralized 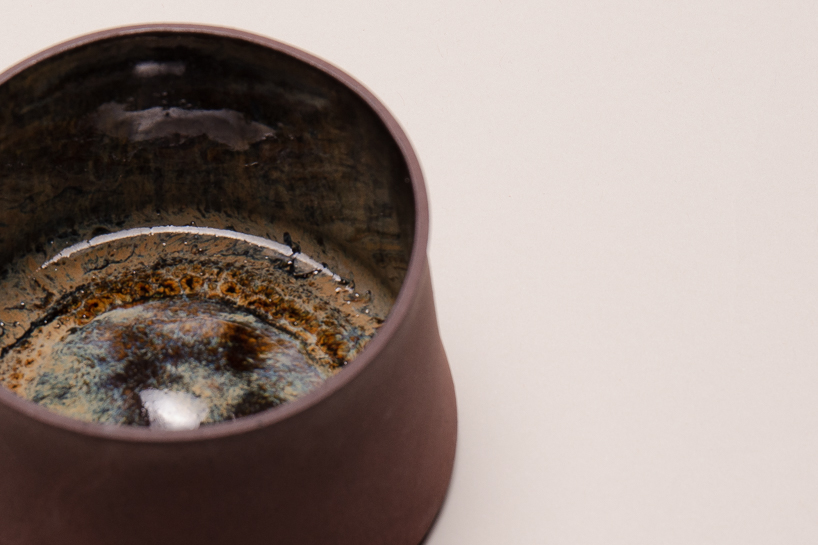 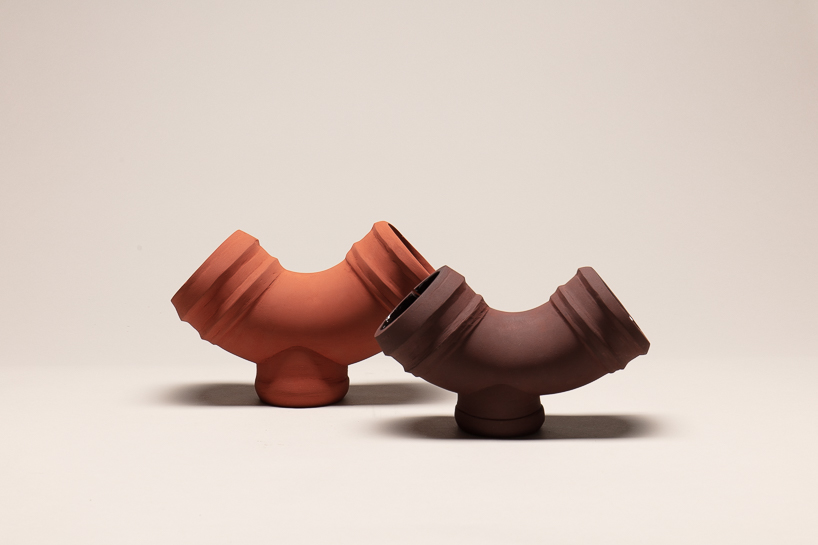 the color of the clay body changes dramatically depending on firing temperature, as seen with these structural prototypes 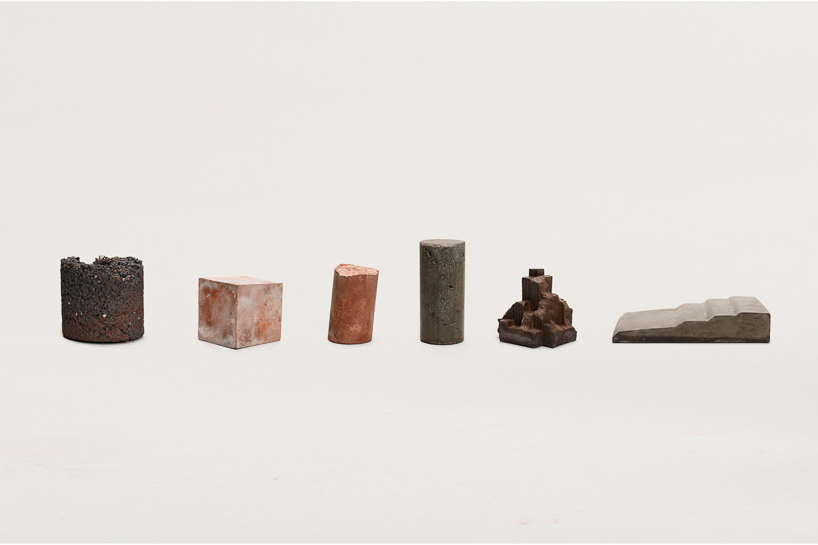 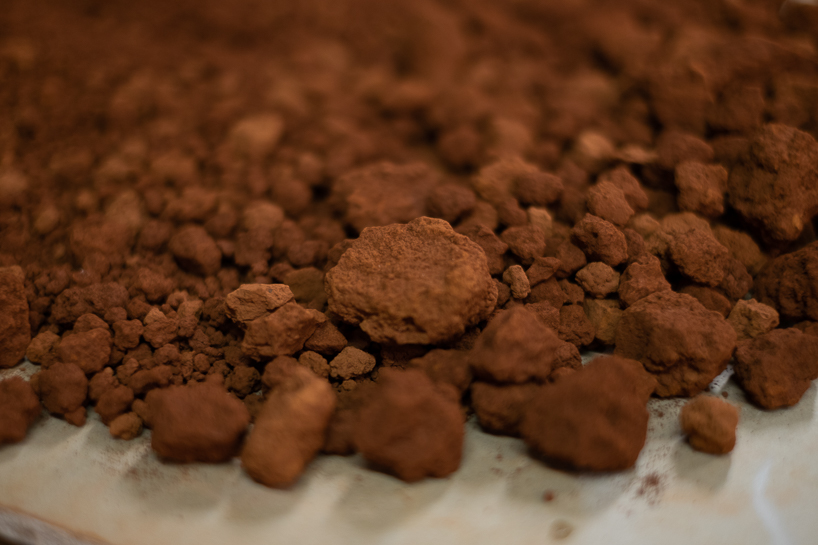 comprised mostly of iron oxide, the residue has a strong reddish color 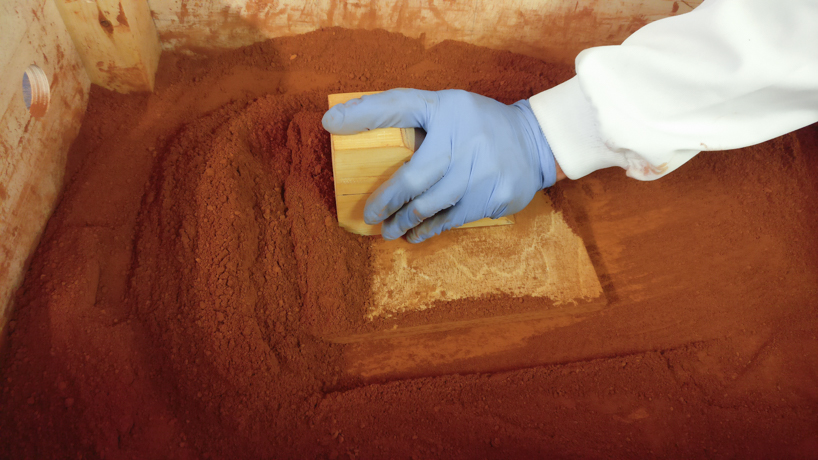 to process the material, the designers used what means were available to them, including their hands, feet, flour grinders, and makeshift ballmills 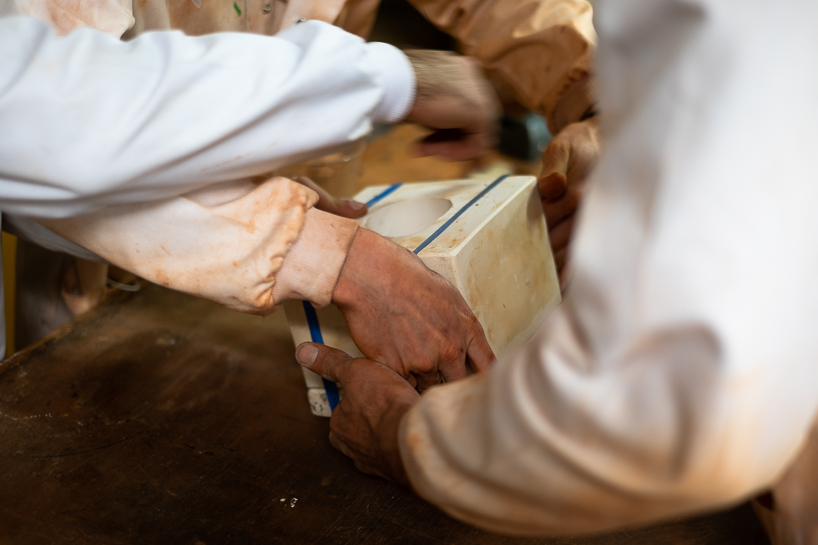 slip casting proved to be an ideal method, owing to the material’s fine particle size 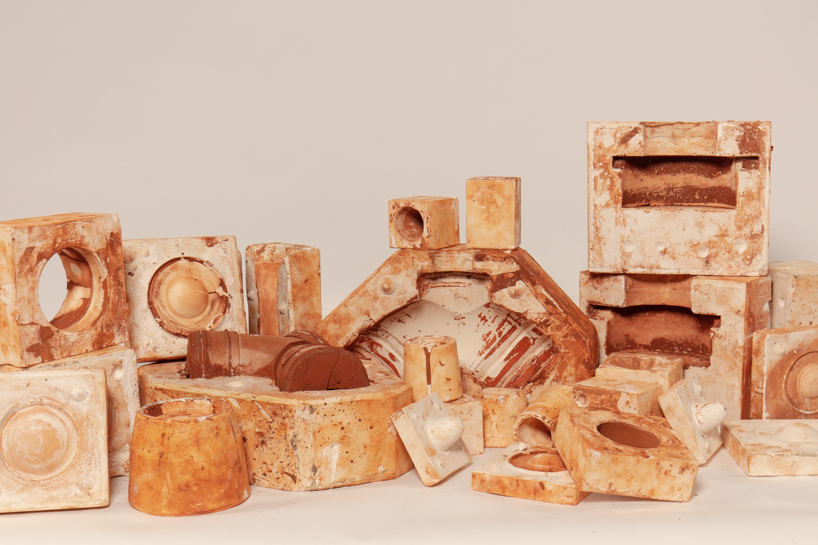 slip casting moulds used to give form to the material 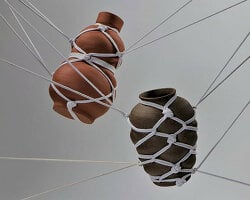 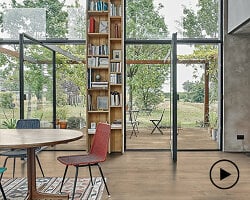