‘for the first time, all olympic and paralympic sports are individually represented. this is one of our unique contributions to the history of the games’ – carlos arthur nuzman, president of the rio 2016 organizing committee. 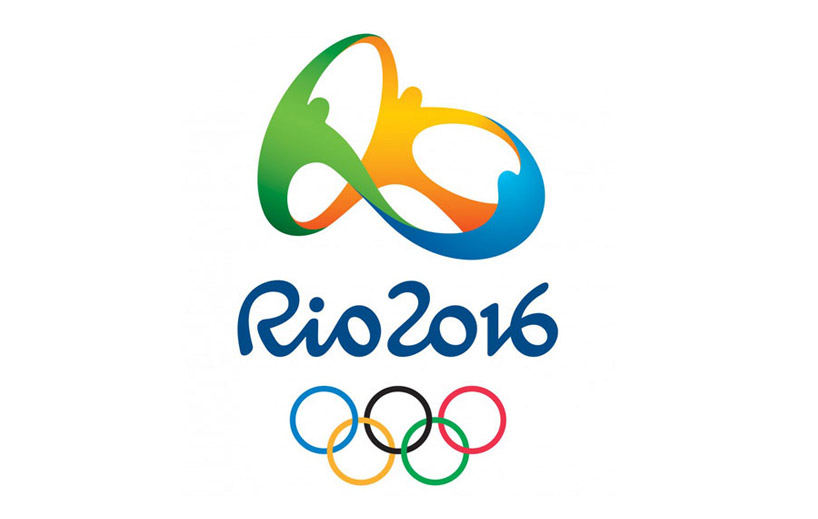 the rio forms of the 2016 pictograms are based on the official rio 2016 typography which was designed by dalton maag. after researching each sport, the first strokes were made by hand. these strokes were then reconstructed on a computer, fitting the contours of the letters. the athlete bodies and sports equipment were built from the characters, or part of them, in a continuous stroke, with variations in thickness in order to give the impression of depth. the pebble shapes, which are a characteristic of rio 2016’s visual language, support the designs and alter their shape according to the athletes’ different movements. the pictograms can be used both inside and outside the pebbles, in all colors.

work was completed in 16 months, five of which were devoted to the validation of the pictograms by the 42 international federations. in total, there are 64 pictograms, 41 olympic and 23 paralympic. 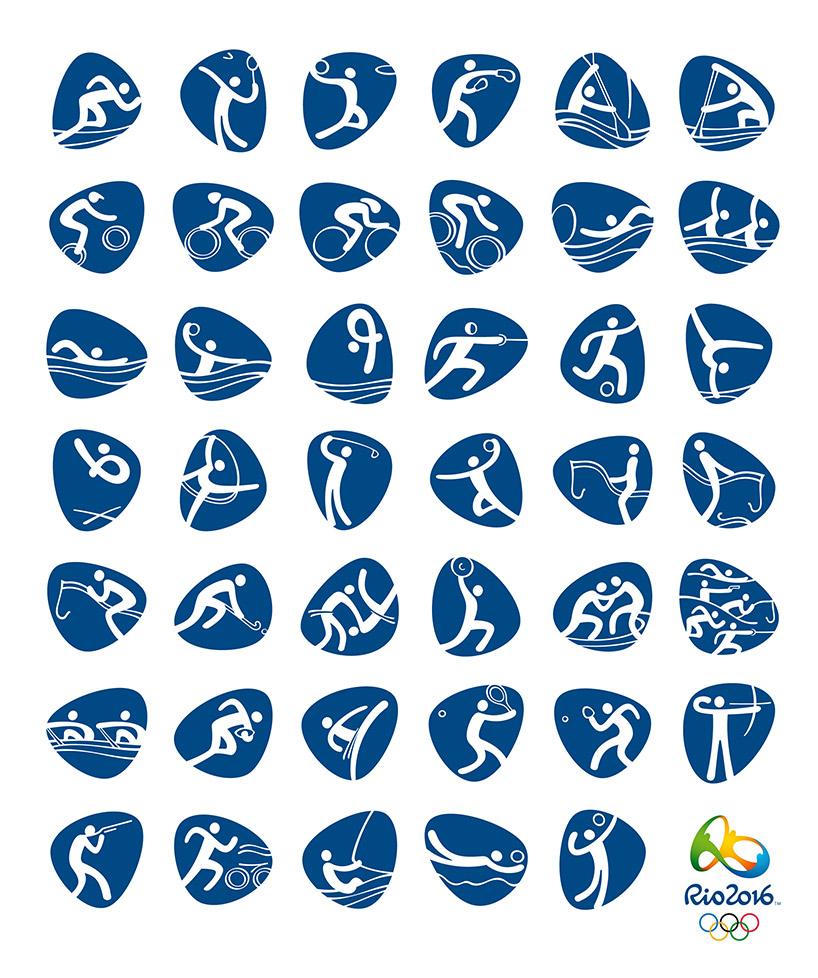 ‘the pictograms, from now until 2016, will serve as a communication platform for the promotion of the sports, for partner activations, and will be present in all the games’ visual identity, including their application in venue decoration, signposting, tickets and licensed products, among other things’ – beth lula, rio 2016 brand director 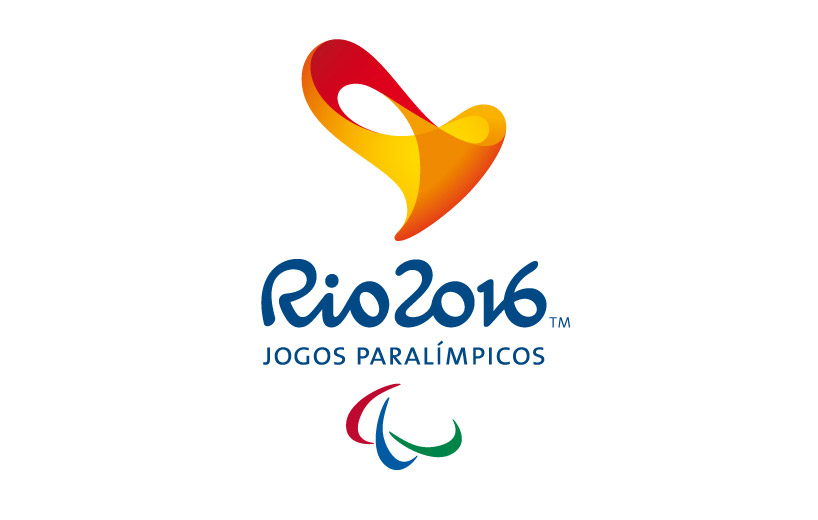 during the creative process for the paralympic pictograms, rio 2016’s team of designers sought to portray the integration of the athletes’ different impairments with sport in a balanced, natural way, depicting prostheses, blindfolds and other elements. 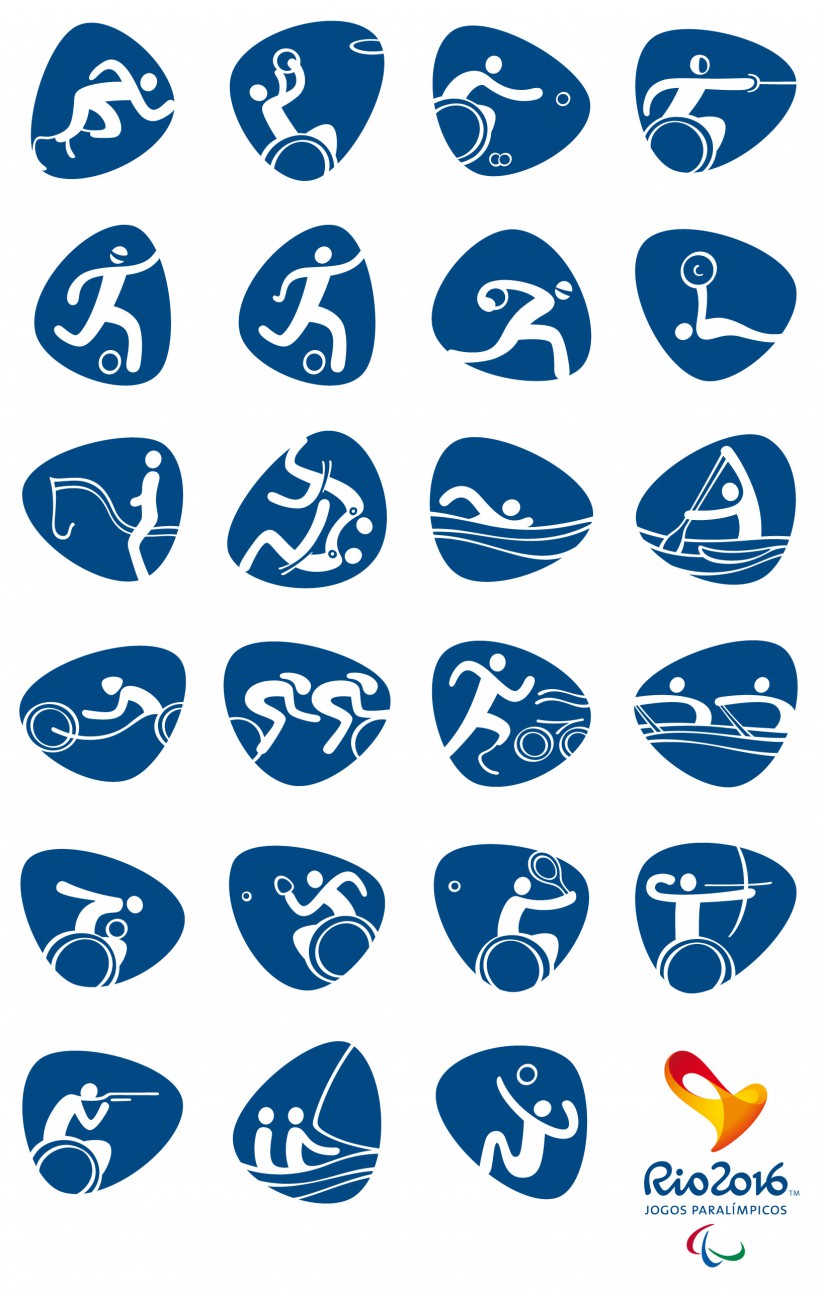 the rio 2016 organizing committee for the olympic and paralympic games opted to set up an internal design team for the creation of the games’ main graphic elements, probably one of the world’s most complex design projects. in addition to the designers, a group of 28 other rio 2016 staff were directly involved in the development of the pictograms.