observing that the kitchen should be a personalized area for people with various tastes and preferences, german designers robert schierjott and ulrich kohl have created a kitchen unit that allows users to customize their culinary space for daily cooking needs. taking up a surface area of 1 square meter, the project titled ‘carré’ is made of two modules that can transform from a compact cube into a spacious cooking area. the main fixed body module consists of a gas port, kitchen sink and a counter for cooking preparation. meanwhile, the second freely movable unit can be combined with this fixed body to create six different configurations, thus, changing the contour shape of the design. 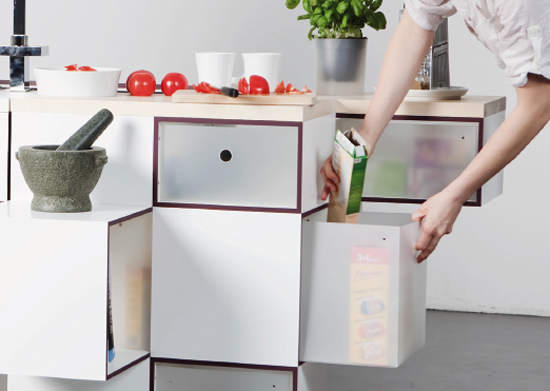 translucent polypropylene film gives users visibility of the stored contents of each shelf.

both the washbasin and the working area with the installed stove are made of poured concrete known as ‘beton’. meanwhile, the counter top is made of solid maple and the storage boxes use a translucent polypropylene film that allows users to see the internal contents. 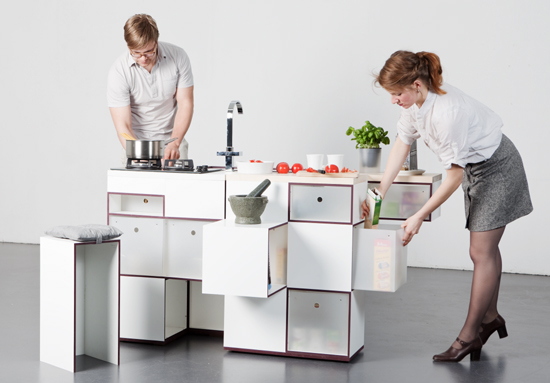 ‘carré’ was one of 6 projects presented by the students of burg giebichenstein: hochschule fur kunst und design halle at DMY international design festival berlin 2010. each prototype explored the theme of ‘1, 2, 3… light kitchen!’, which asked students to work with one square meter of kitchen space and reexamine the traditional ties and spatial structures of conventional culinary environments. 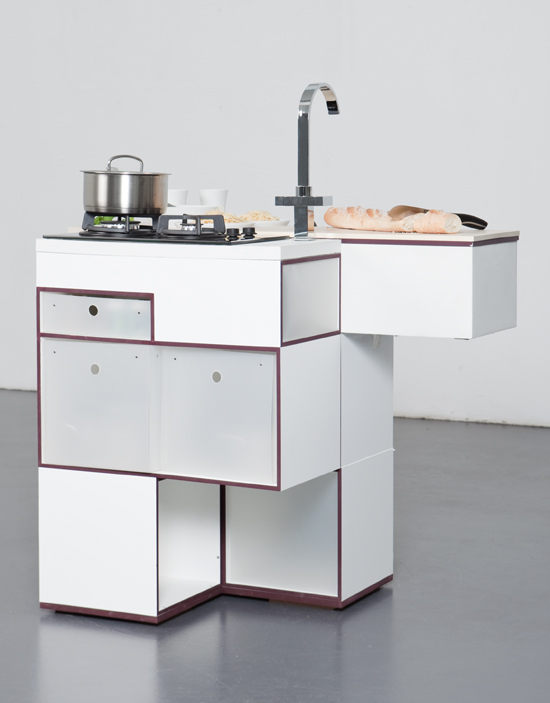 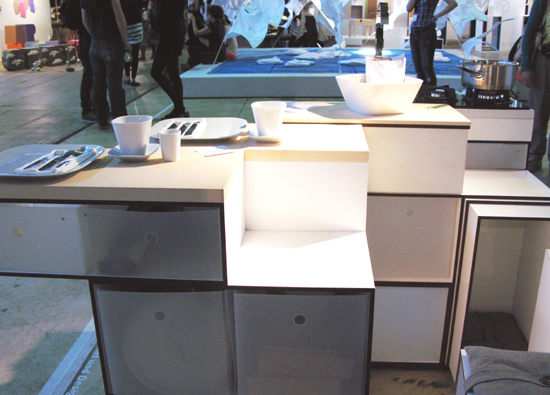 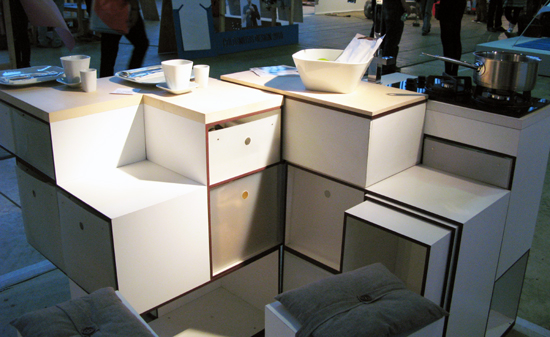 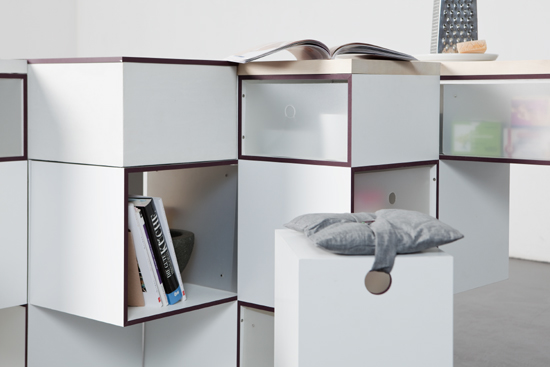 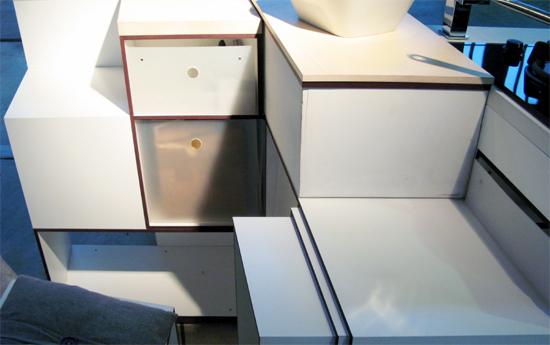 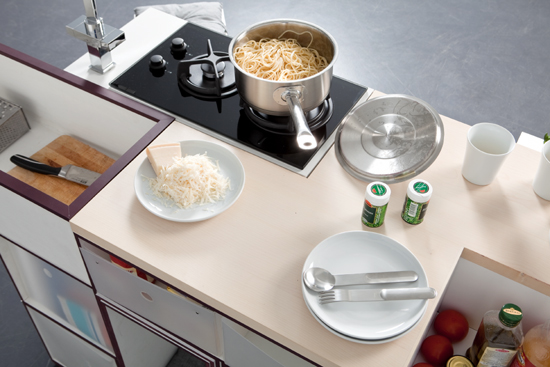 the form of ‘carre’ draws from the block shapes found in tetris. 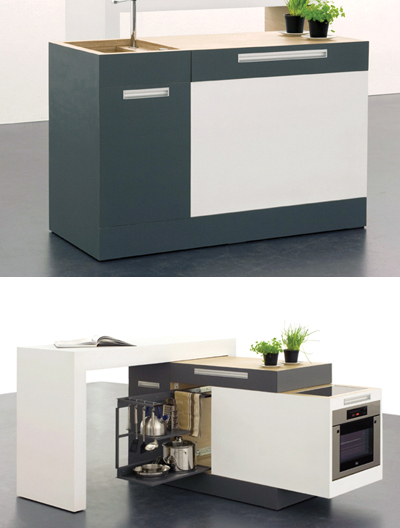 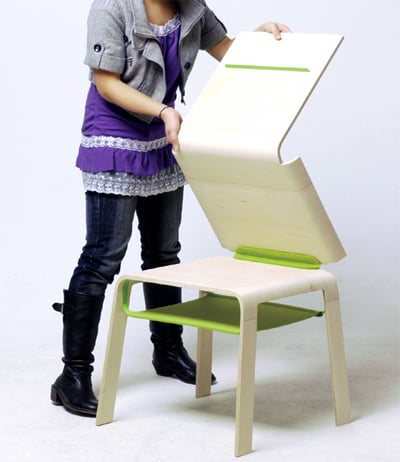 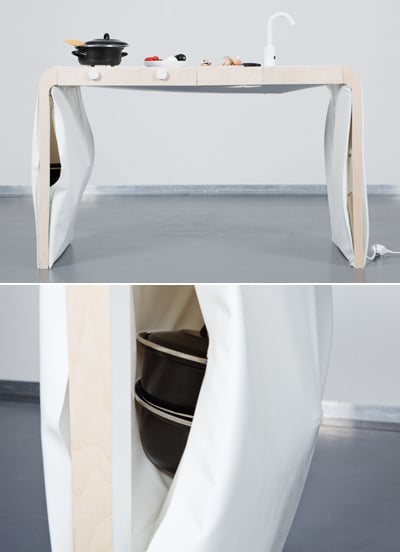 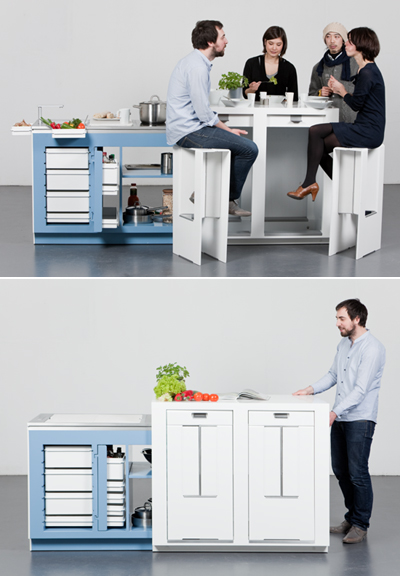 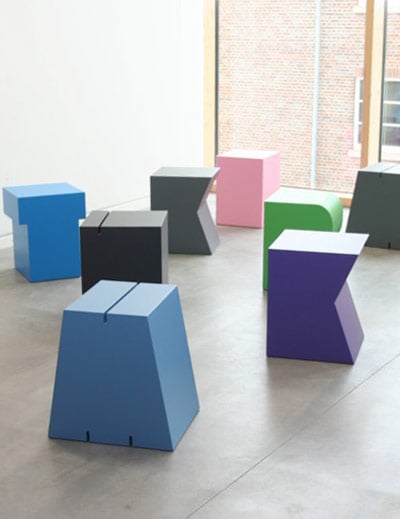 Jun 01, 2021
naturally cooled 'groundfridge' is a sustainable alternative to refrigerated cellars
'groundfridge' requires no electricity, as utilizes the insulating capacity of the ground and the cooler night air temperatures.
design
540 shares
connections: 64