paris-based designer robert stadler has installed four different street furniture pieces dubbed inside-out in paris’ la defense for the 4th edition of forme publique — an urban furniture biennial organized by nez haut. the project, which was part of a competition, asked designers to create urban seating objects for the french capital that met the needs of the neighborhood while adding a new aesthetic layer. 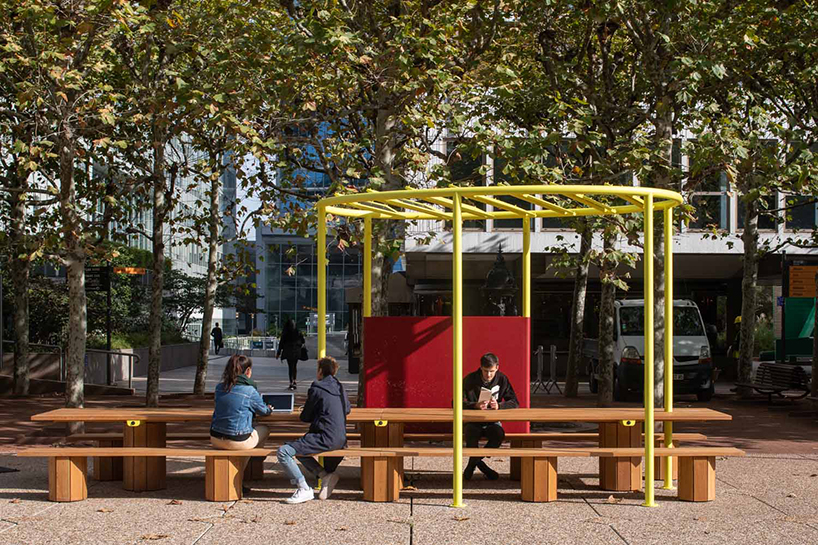 ‘the generic’ was the theme for the 2019 biennial which selected three candidates to team up with a manufacturer, capable of producing the furniture in an industrial scale. robert stadler’s inside-out winning project sees a series of four yellow structures complete with wooden additions that create both seating areas and tables. by generating subspaces, the urban furniture pieces emphasize and enhance daily meeting situations that are intuitively adopted by the visitors. 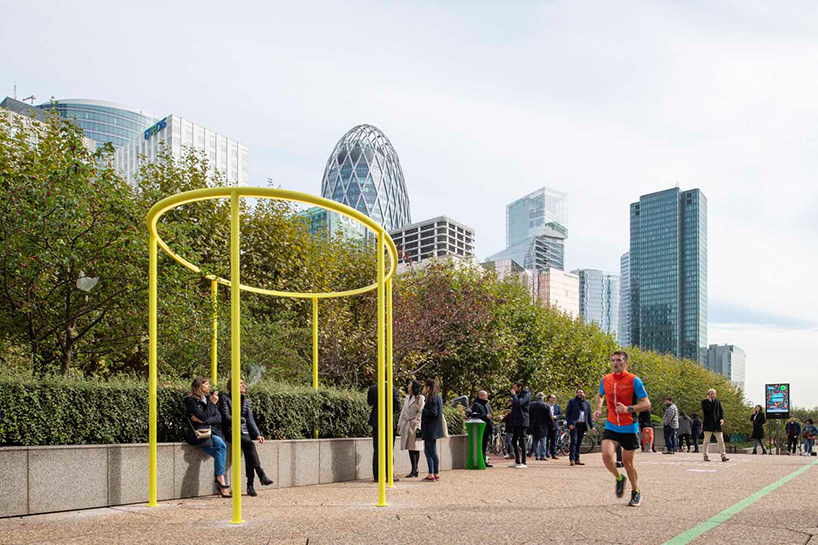 taking into consideration the urban setting, the inside out pieces respond to different urban needs. the generic, for example, progressively lights up when it gets dark. the double sided offers a multitude of uses, from sit-stand to back-to-back seating; the banquet, features a large table that crosses the generic structure which is equipped with solar panel shades, able to charge 6 USB hubs. last but not least, the flying carpet has a double platform that offers changing perspectives on the environment thanks to its different heights and orientation. 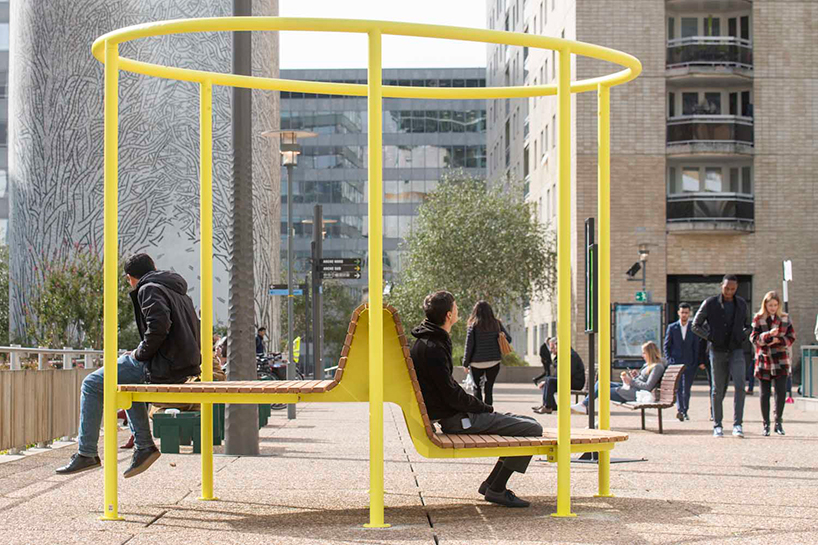 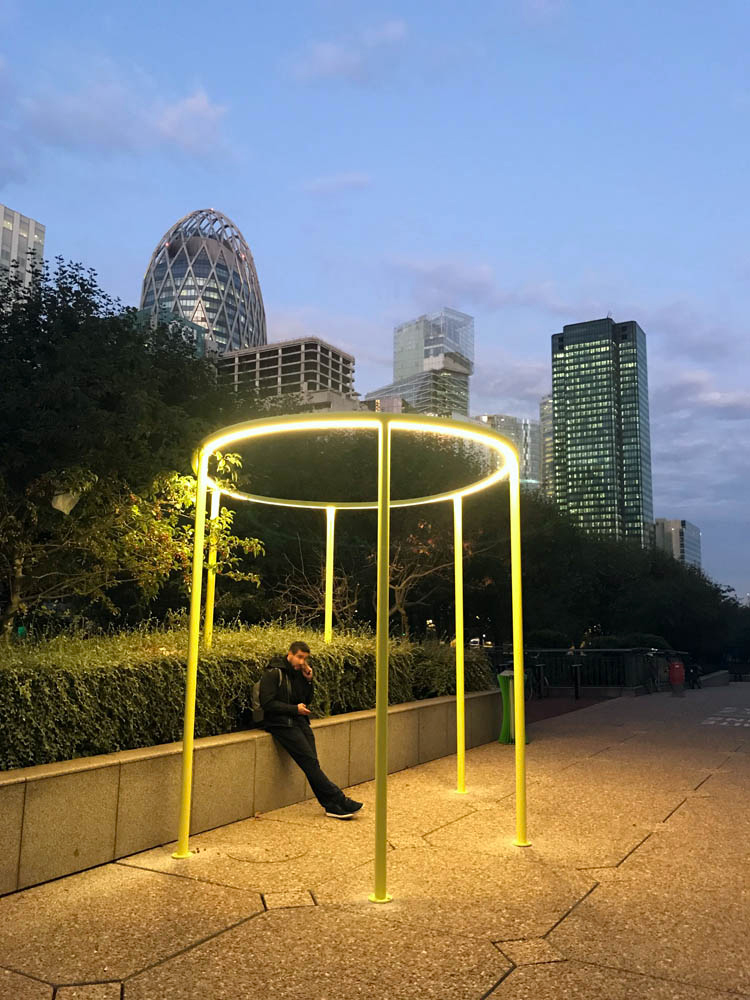 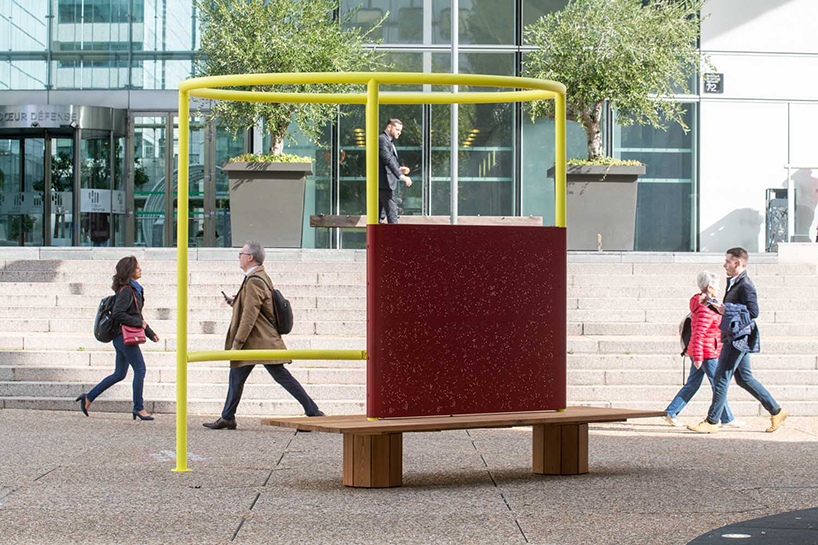 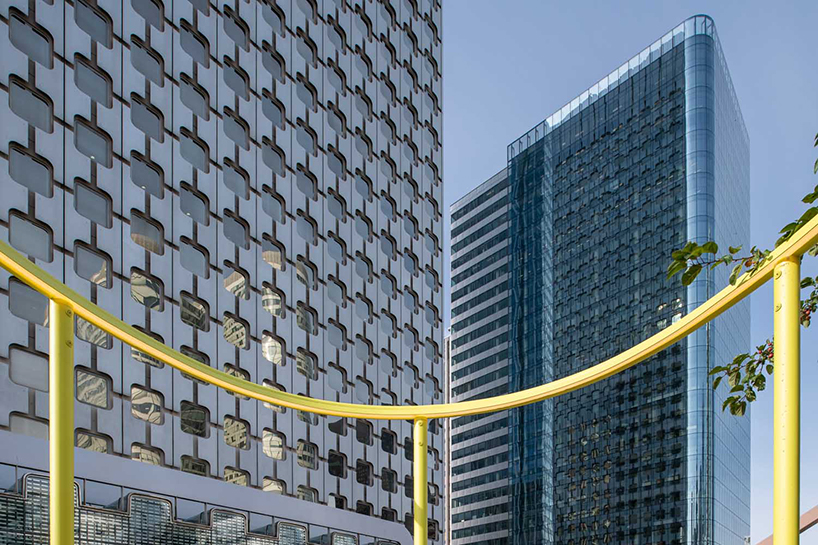 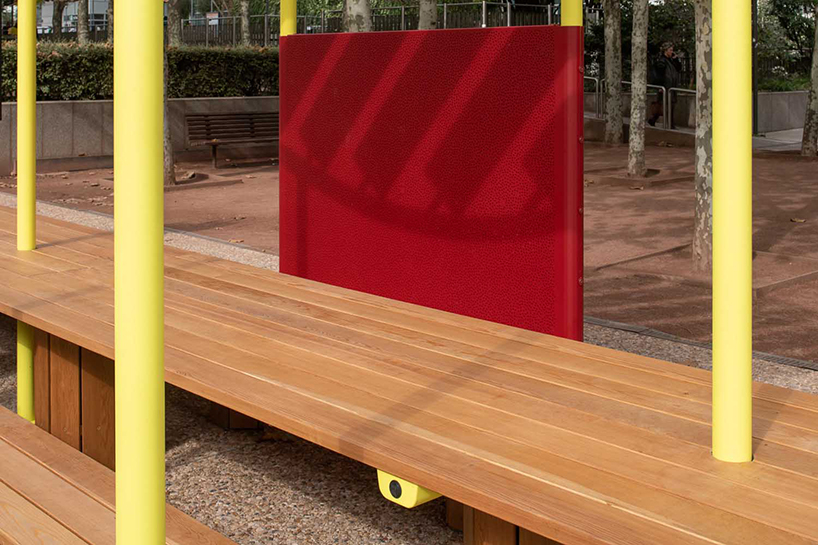 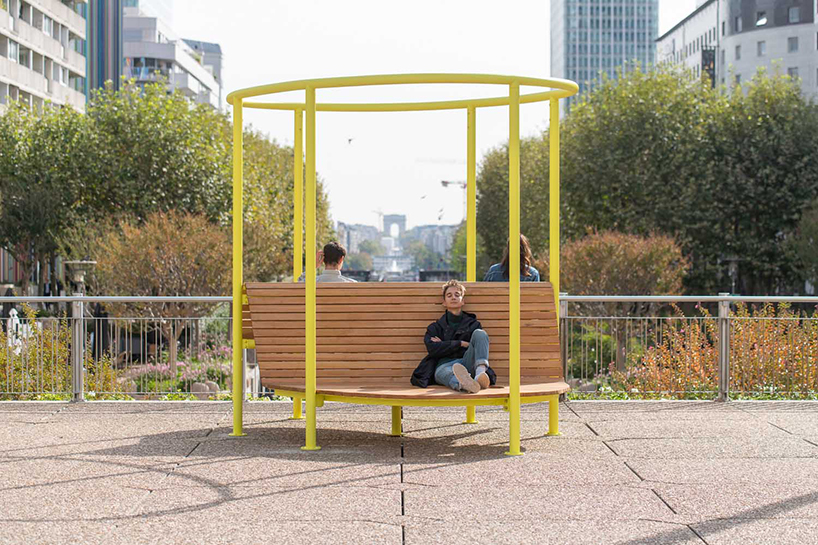 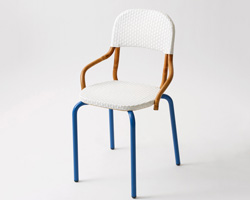 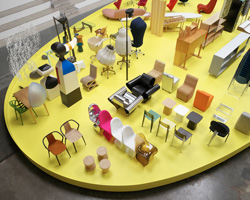 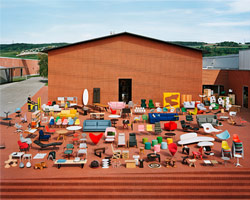 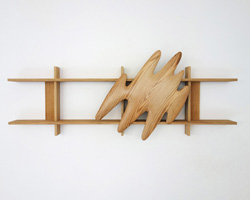 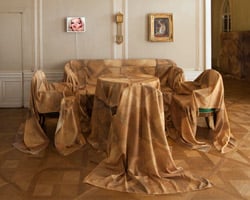