in celebration of his 70th birthday, bob wilson–the famous american director, stage designer and master of visual experimentation — has collaborated with italian furniture company kartell on a series of seven chair-sculptures. entitled ‘7 electric chairs… as you like it’, the collection draws its name from william shakespeare’s comedy ‘as you like it’ and the celebrated monologue of the melancholy jaques who speaks of the seven ages of man (act II, scene VII). each chair is of a similar size, but different in shape and made of transparent polycarbonate – the material that has more than characterized the kartell design brand — and in which white colored neon light is inserted.

the seven are representational of wilson’s seven decades, make their première in the ‘arturo toscanini’ box foyer at the teatro alla scala di milano on the occasion of bob wilson’s staging of claudio monteverdi’s ‘il ritorno di ulisse in patria’ at the historic theatre. 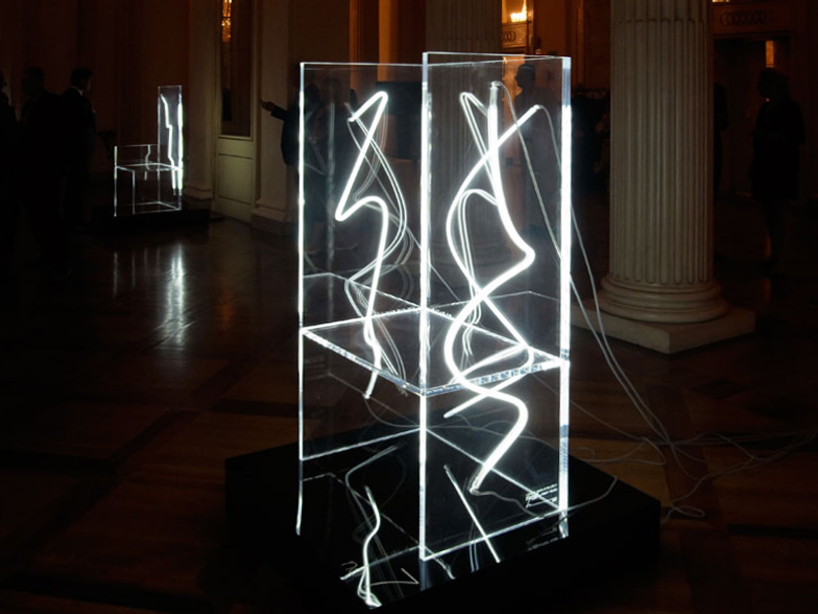 assembled and hand etched, the chairs produced by kartell spring from the same concept but each takes on a different shape. they all share the diamond surface of a thickness of 20mm inside which thin neon tubes are inserted, each piece expressing a different form and power. the neon seems to float in the plastic giving life to magical perspectives and sophisticated plays of light reflecting on the precious classic décor of the celebrated milanese theatre. 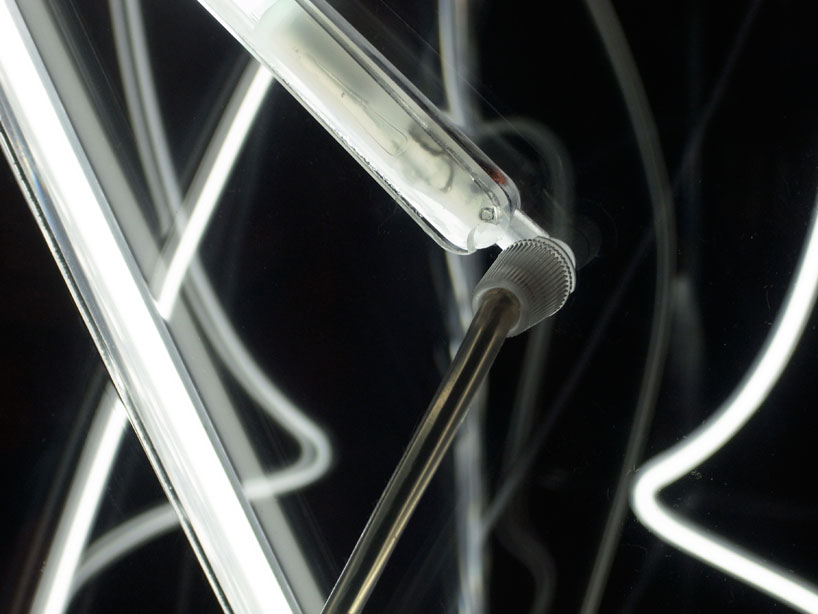 ‘from the number seven. seven days of the week. I am 70 years old, seven decades, seven deadly sins and there are many more references in philosophy, mathematics. shakespeare’s play ‘as you like it’ contains the seven ages of man, here are seven dwarfs in snow white and there is the soft drink 7UP. seven has always been a number that interests me.’ – bob wilson 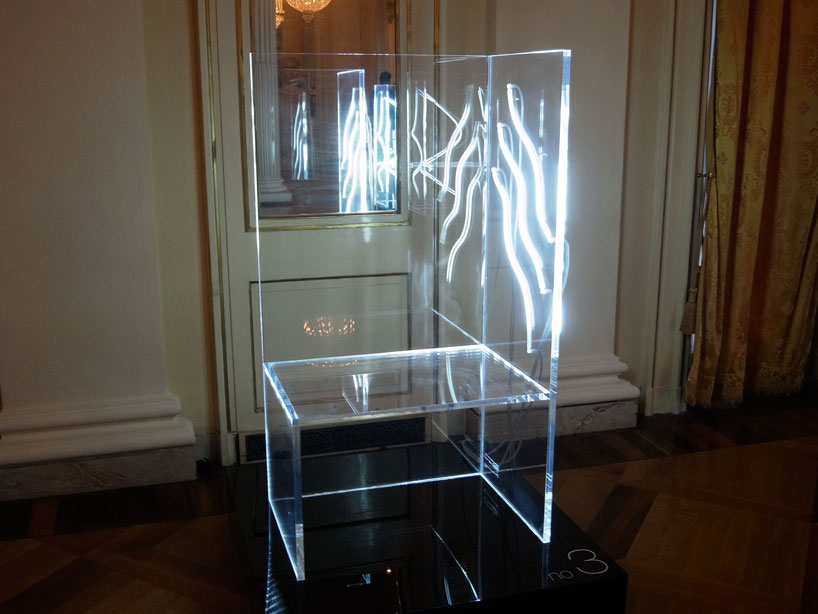 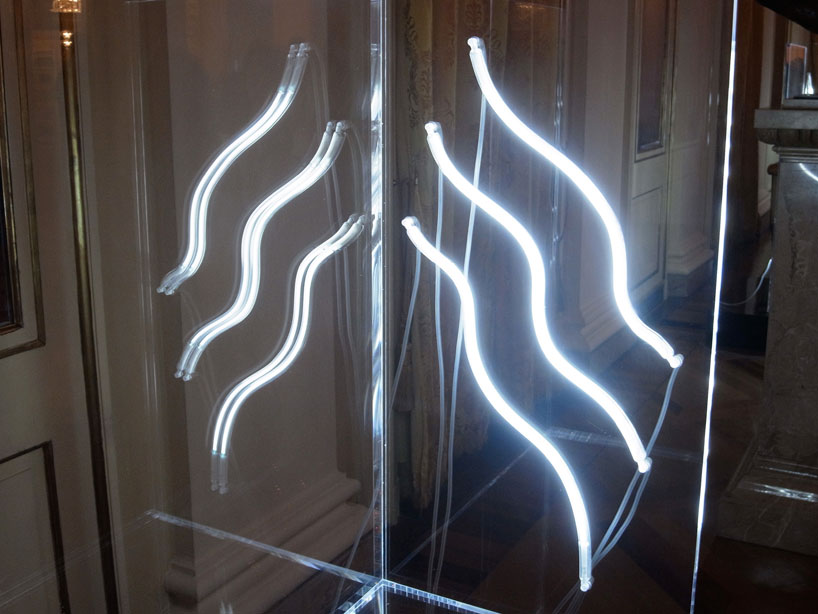 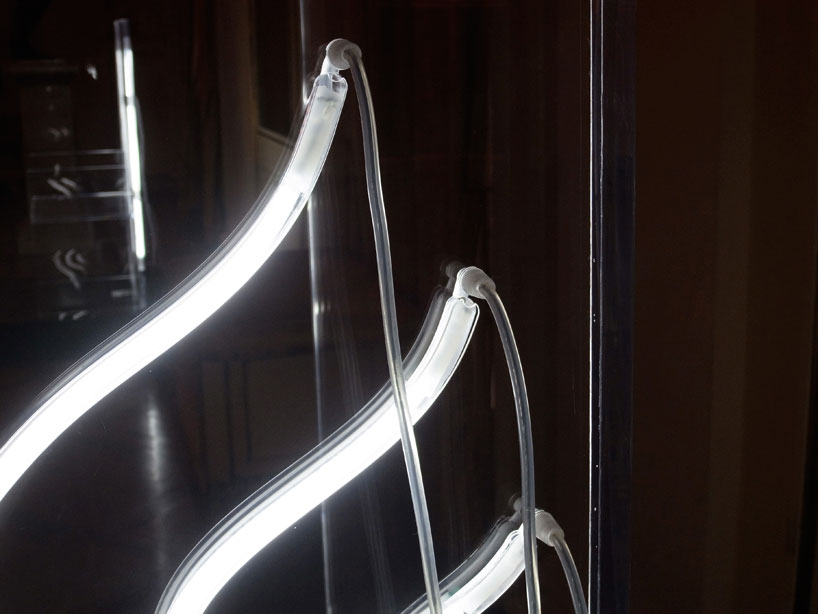 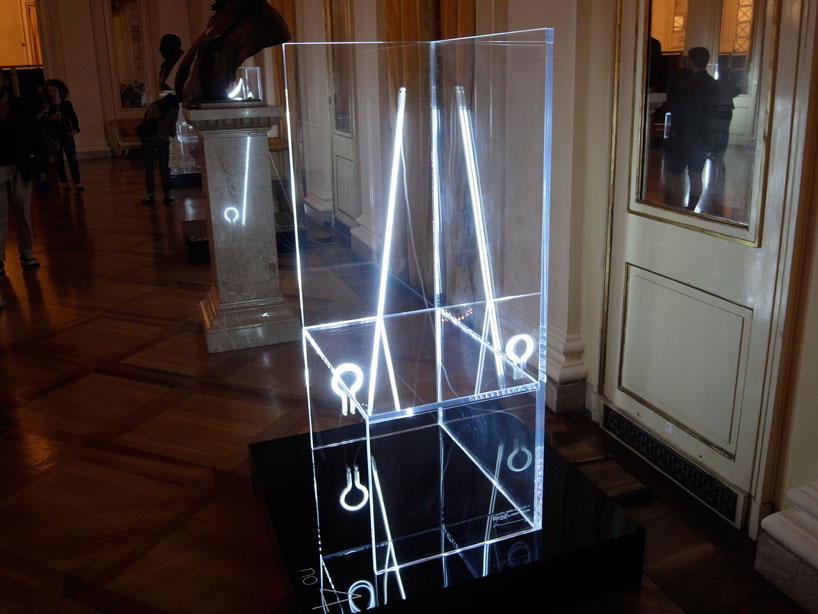 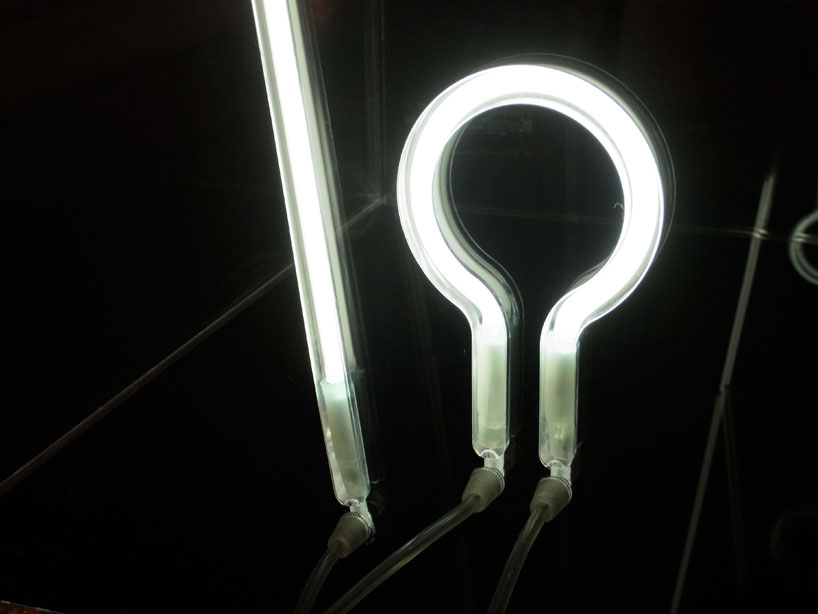 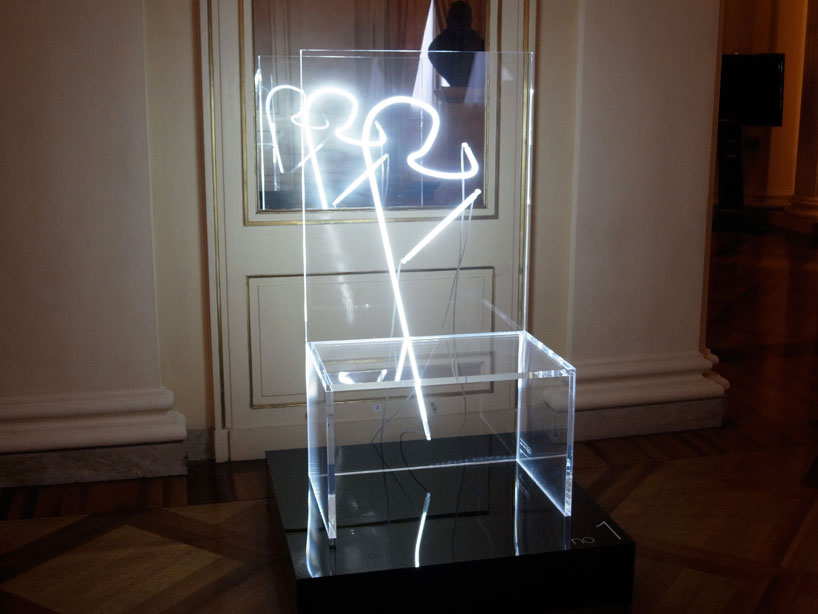 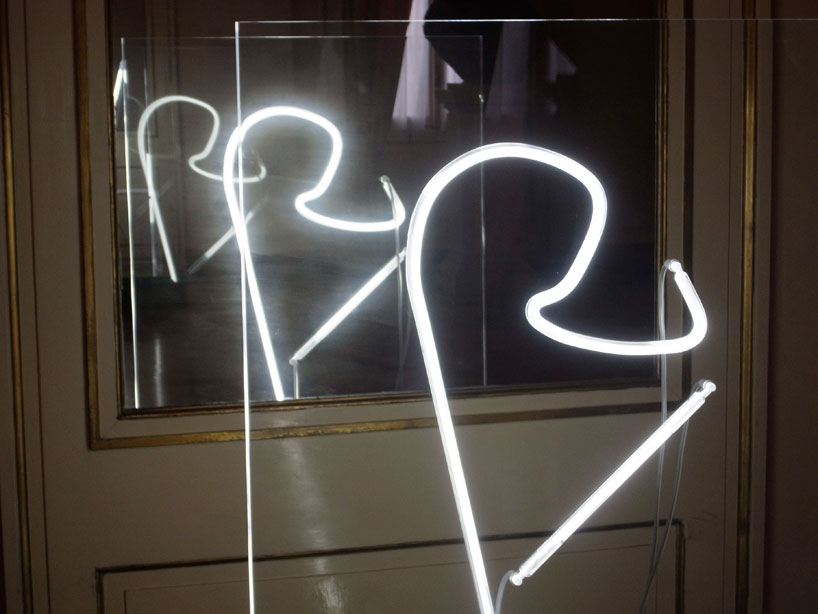 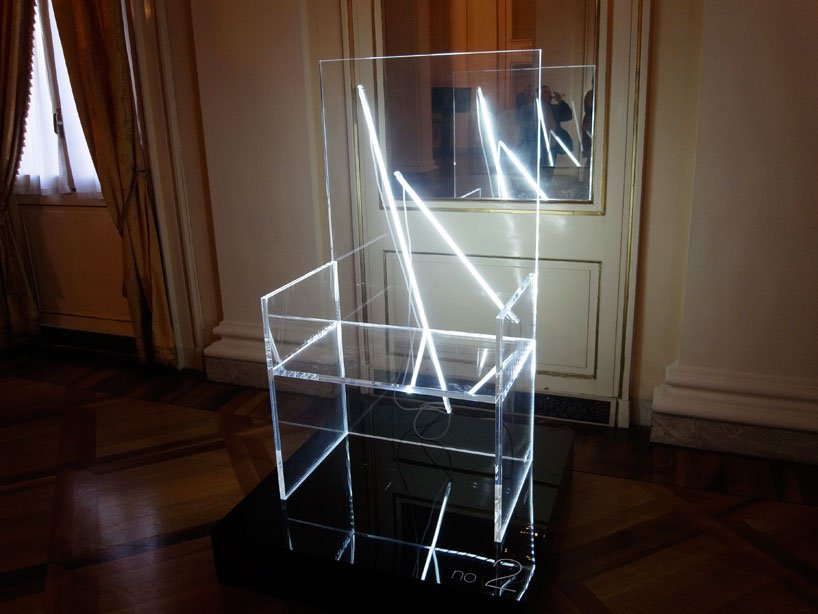 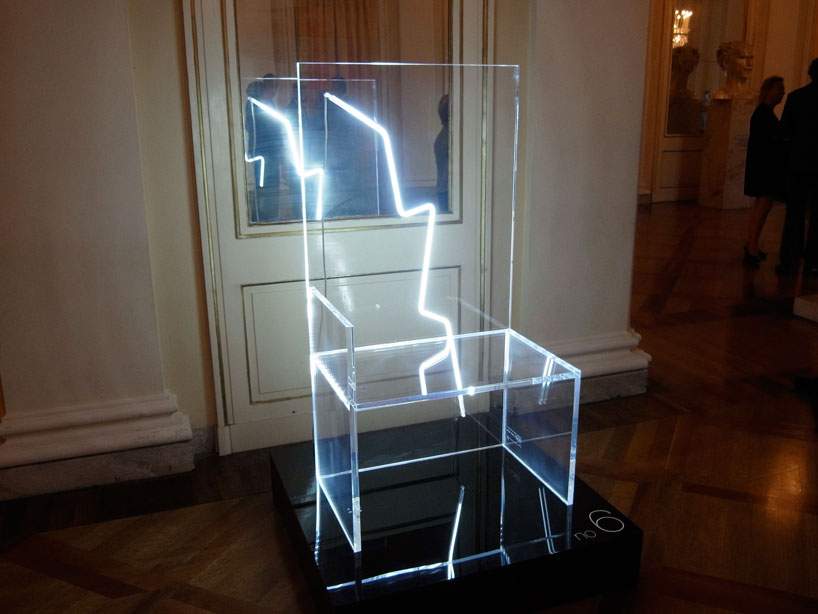 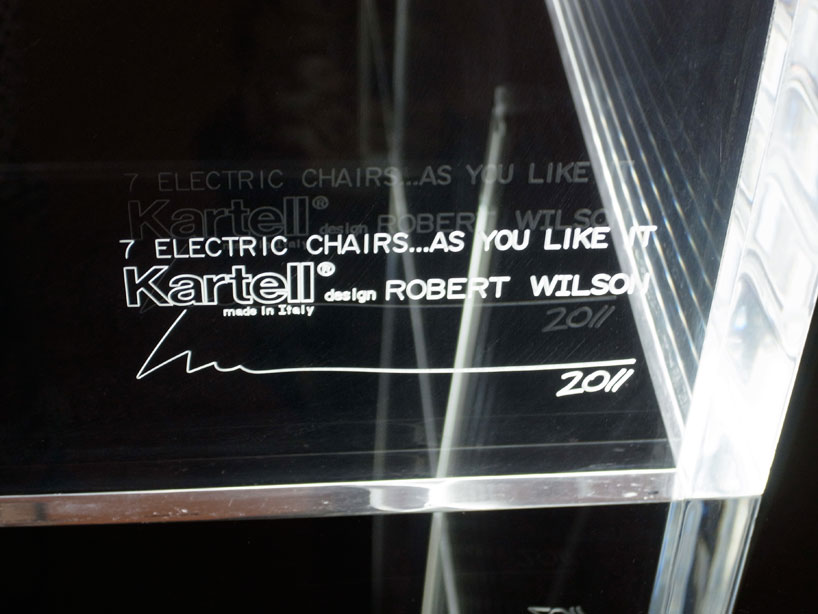 the inscription found on each chair 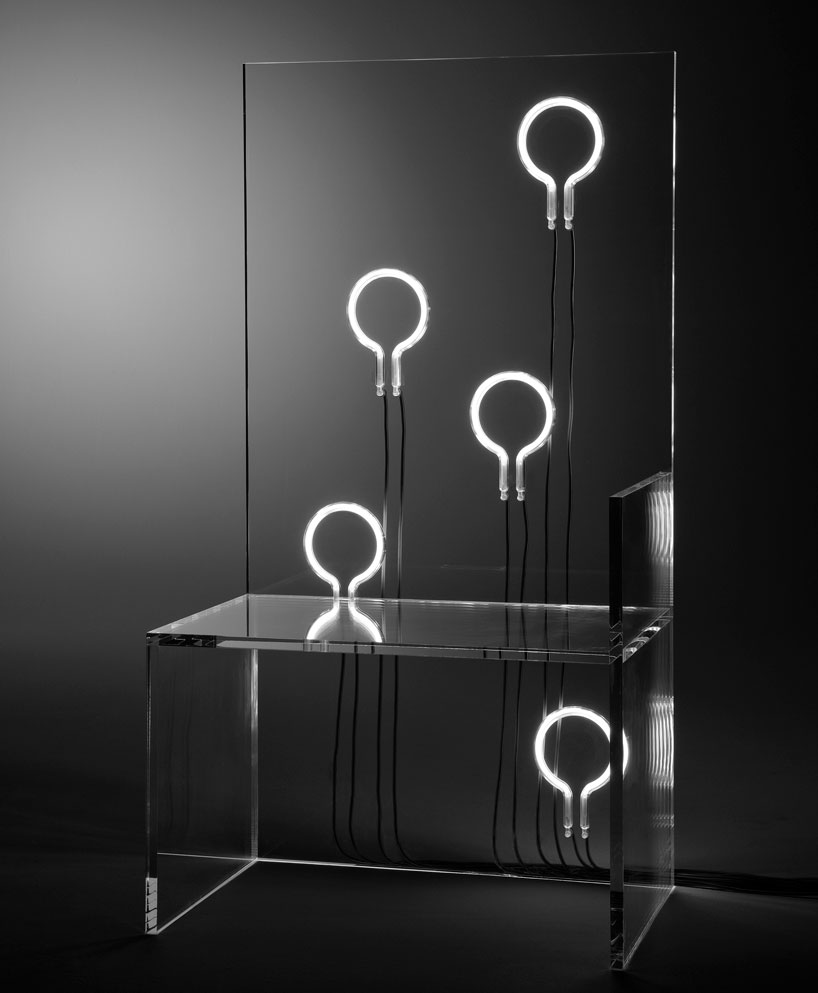 ‘no. 5’ image courtesy of kartell 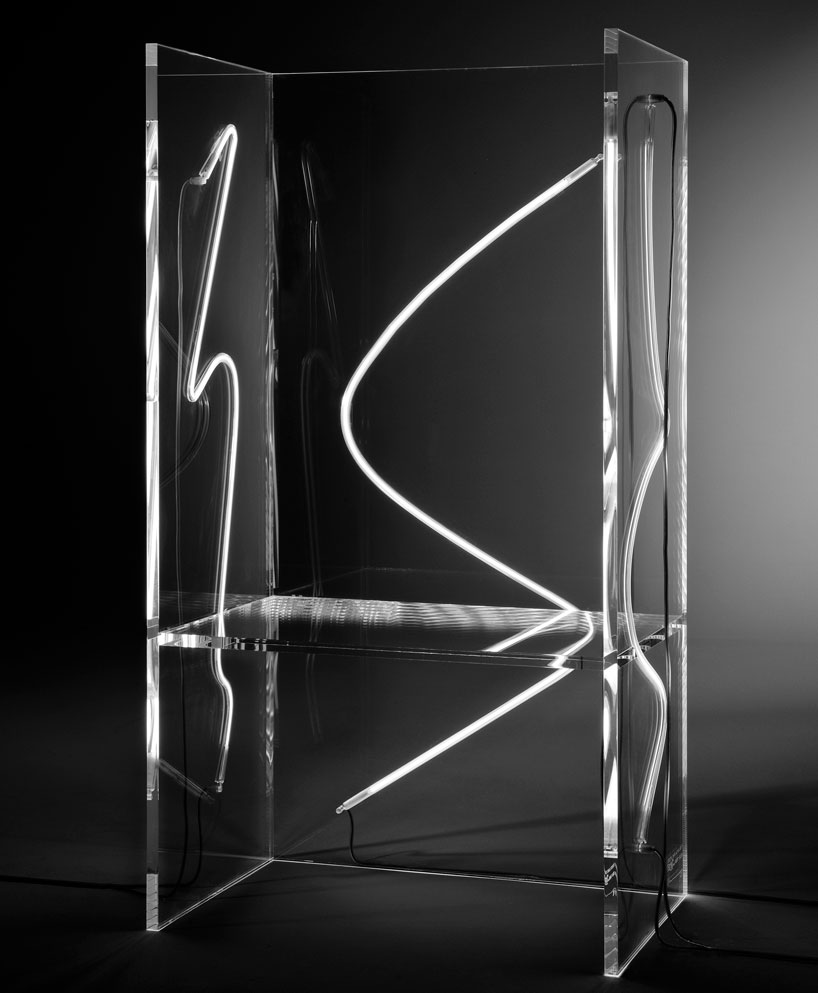 ‘no. 7’ image courtesy of kartell 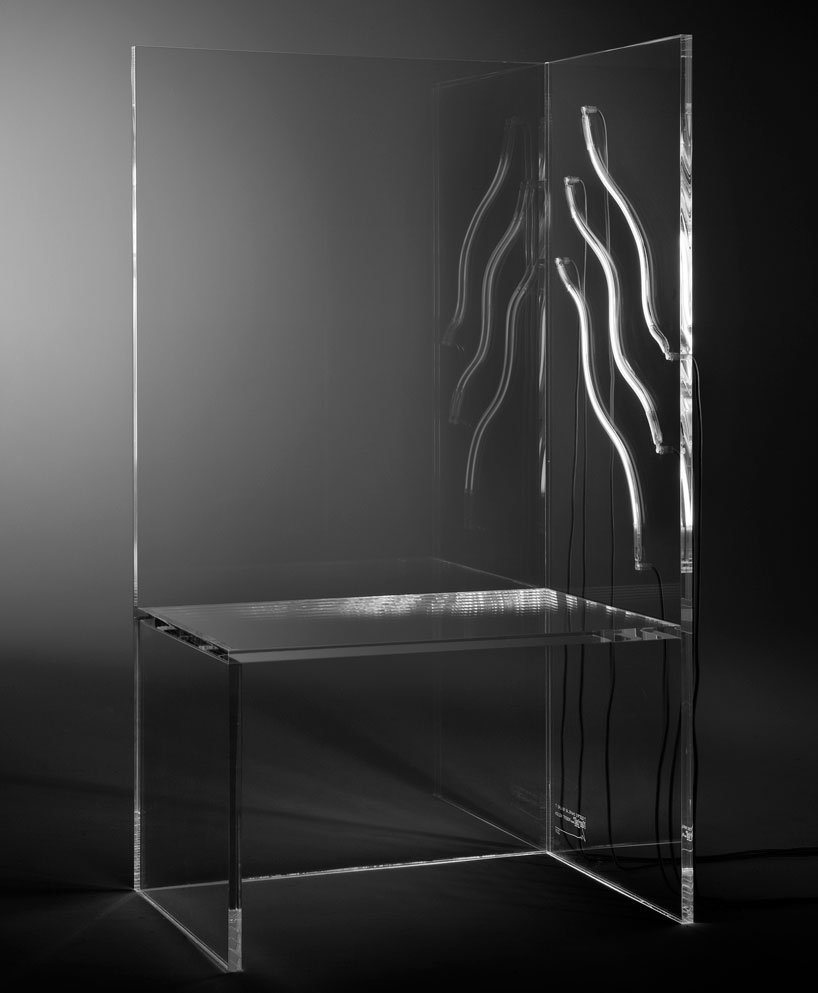 ‘no. 3’ image courtesy of kartell 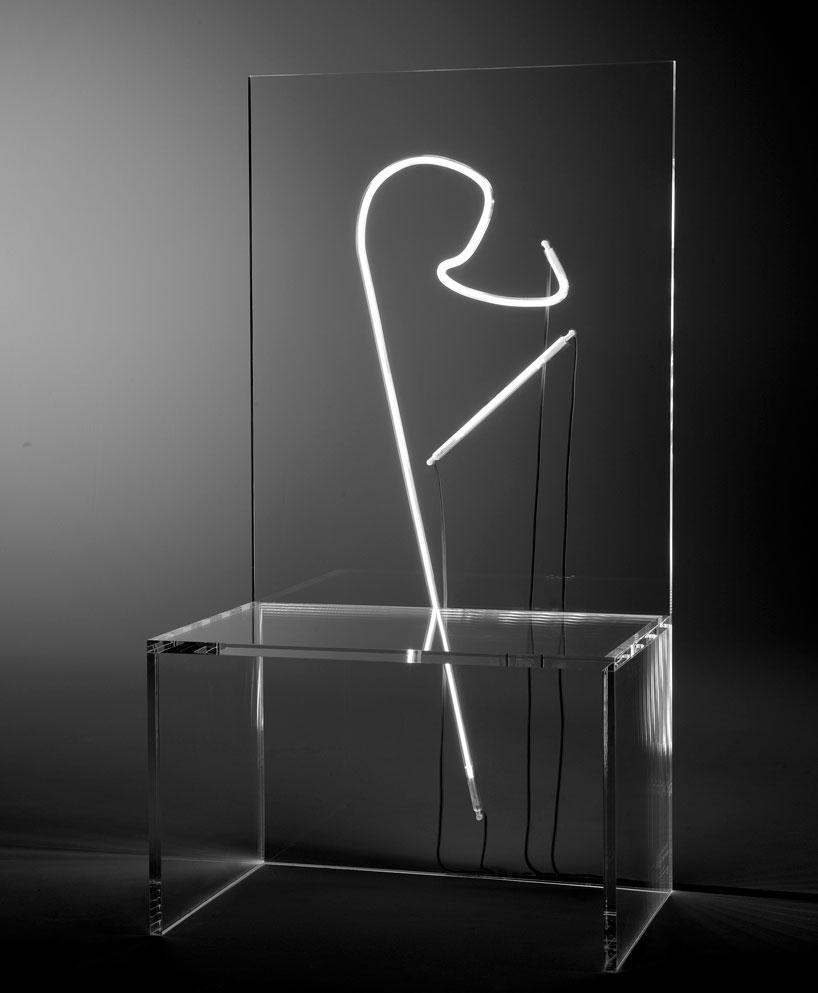 ‘no. 1’ image courtesy of kartell 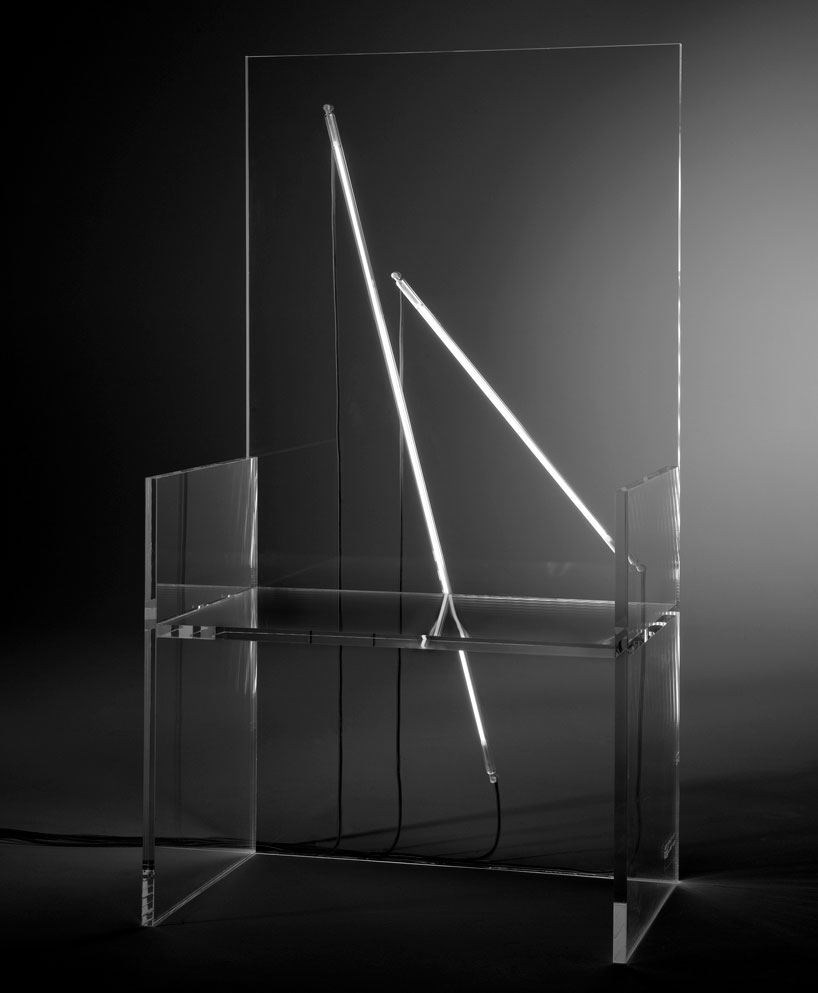 ‘no. 6’ image courtesy of kartell 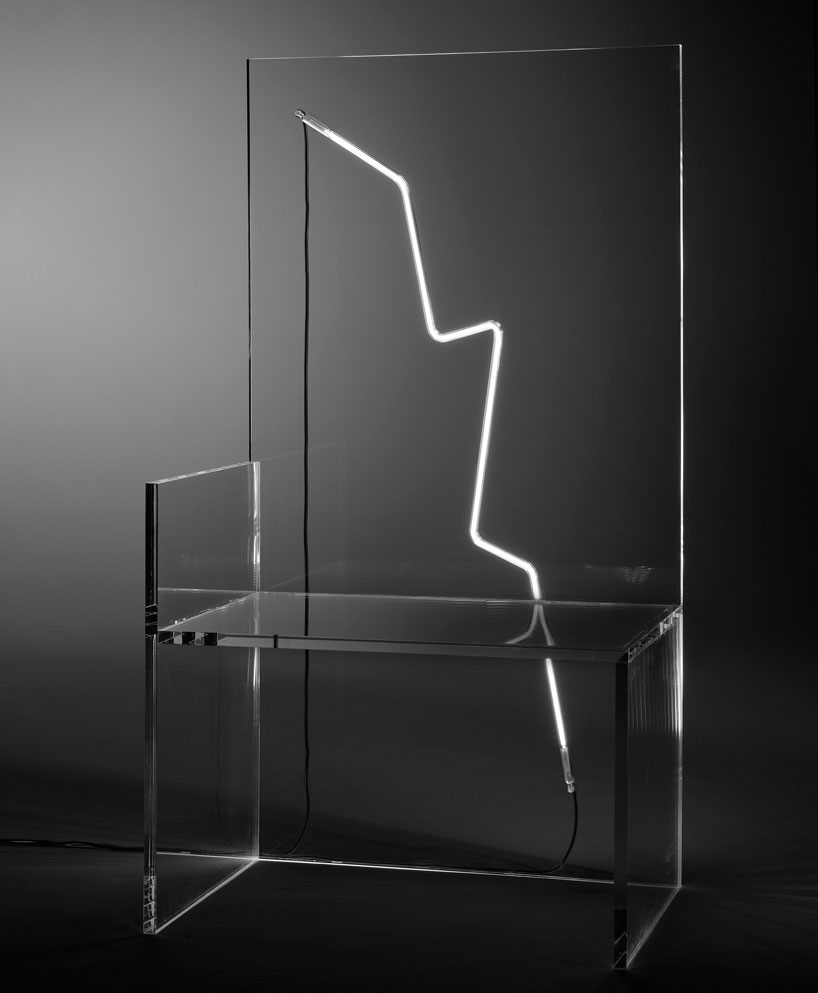 ‘no. 4’ image courtesy of kartell 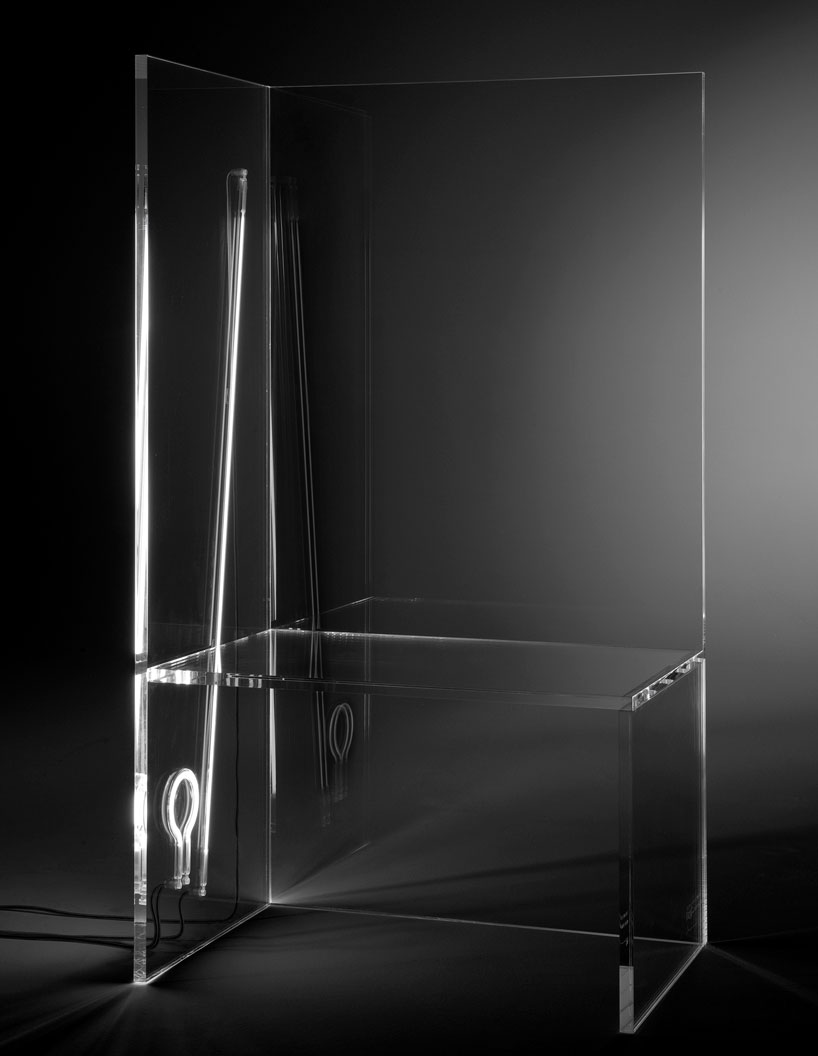 ‘no. 2’ image courtesy of kartell