‘void’ is a personal project of roger krasznai, founder of krasznai studio in barcelona, spain. the work’s concept revolves around the expression of pre-existing pieces’ souls. krasznai starts by searching for and purchasing wheel-thrown ceramics by unknown potters. their aesthetic appearance is of no-importance, because its the inside he’s after. the interiors are characterized by unconscious marks left by the makers’ hands. ‘void’ is a representation of each craftsmen’s signature, an inside-out reversal that brings the hidden soul of the work to the surface. 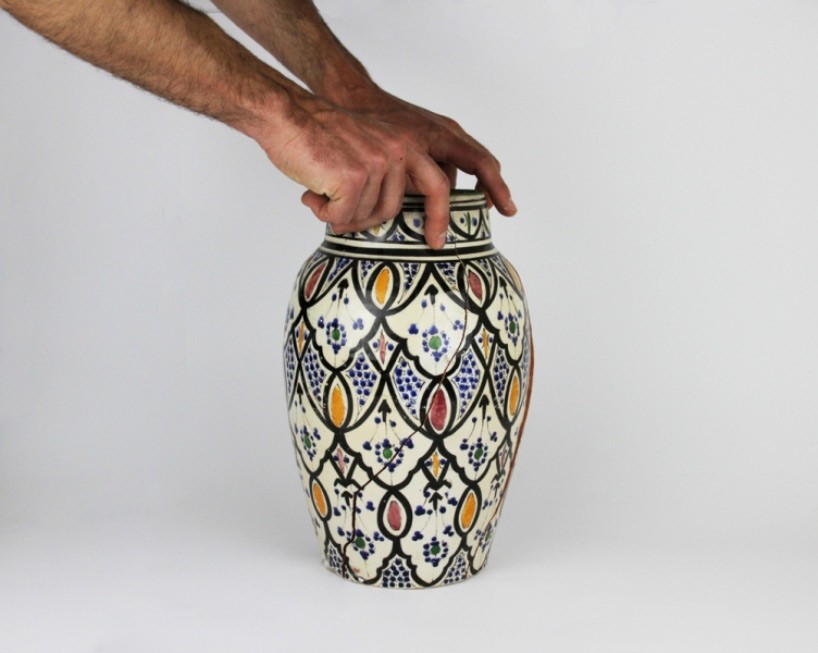 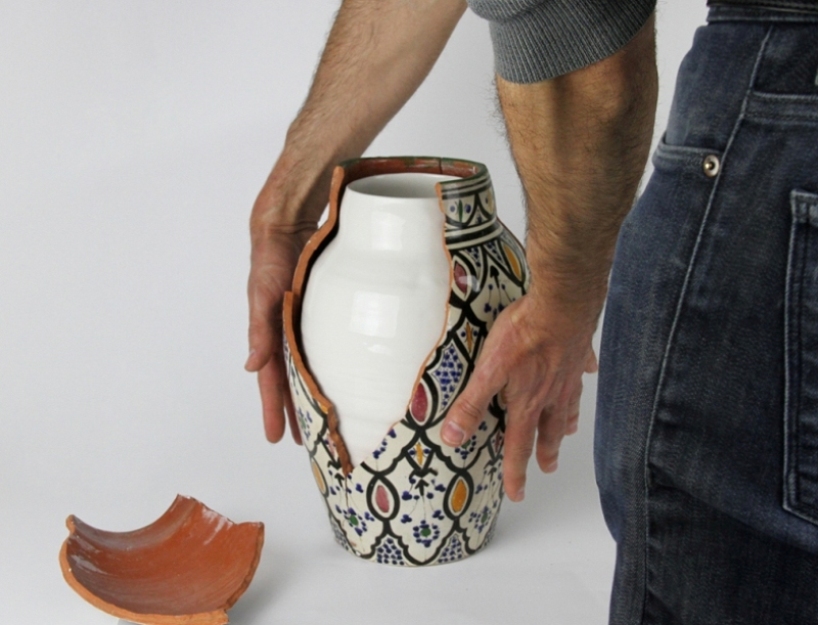 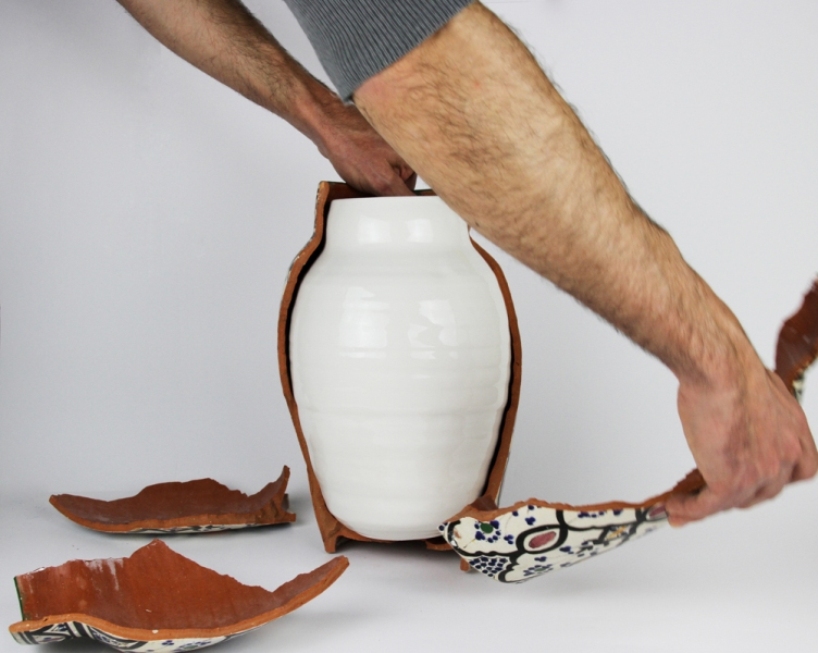 hidden inside is a second vessel thrown by krasznai the original pots are created by unknown ceramists 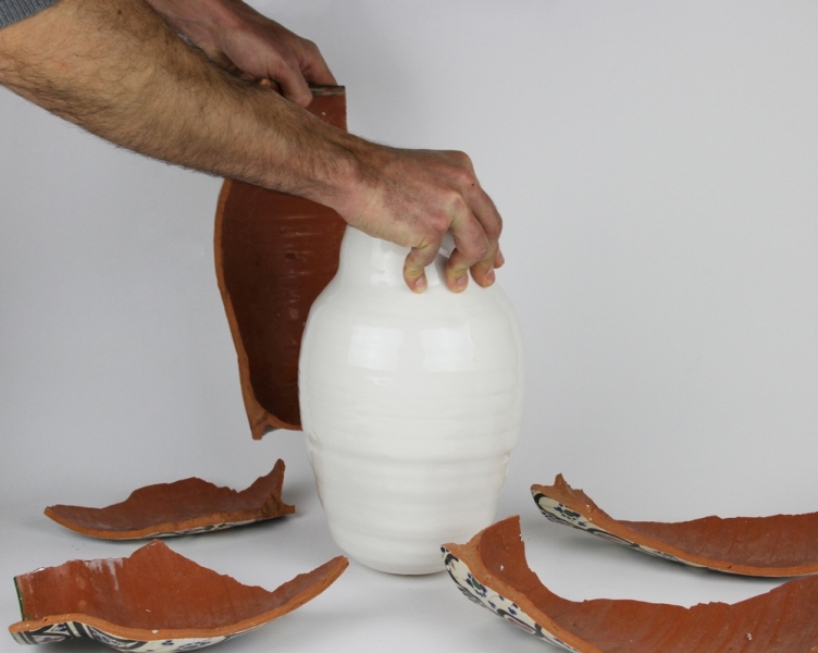 the finished pot bears the unconscious signature of the makers’ hands 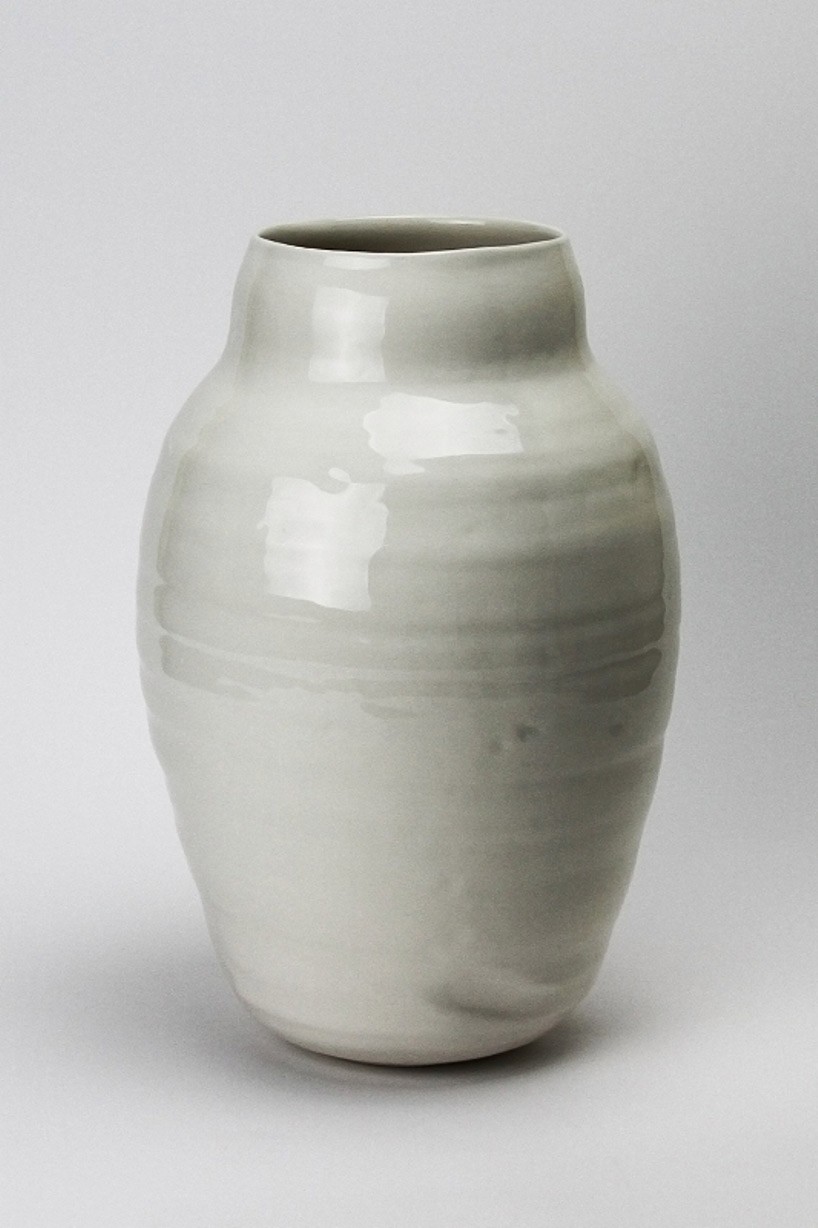