what does a 1-dollar bill or a 5-euro cent coin represent? opportunity? choice? control over one’s life? greed? empirical expansion? a flawed system we cannot control? what money represents is diverse and it is hard to define our own relationship with it. rolf bruggink’s ‘recycled currency’ benches and objects explore these questions by creating furniture that is made from money. the project was presented during milan design week 2016 at ‘masterly – the dutch in milano‘ – an exhibition curated by nicole uniquole which showcased  more than 125 dutch designers, artists and businesses, within the breathtaking rooms of the palazzo francesco turati. 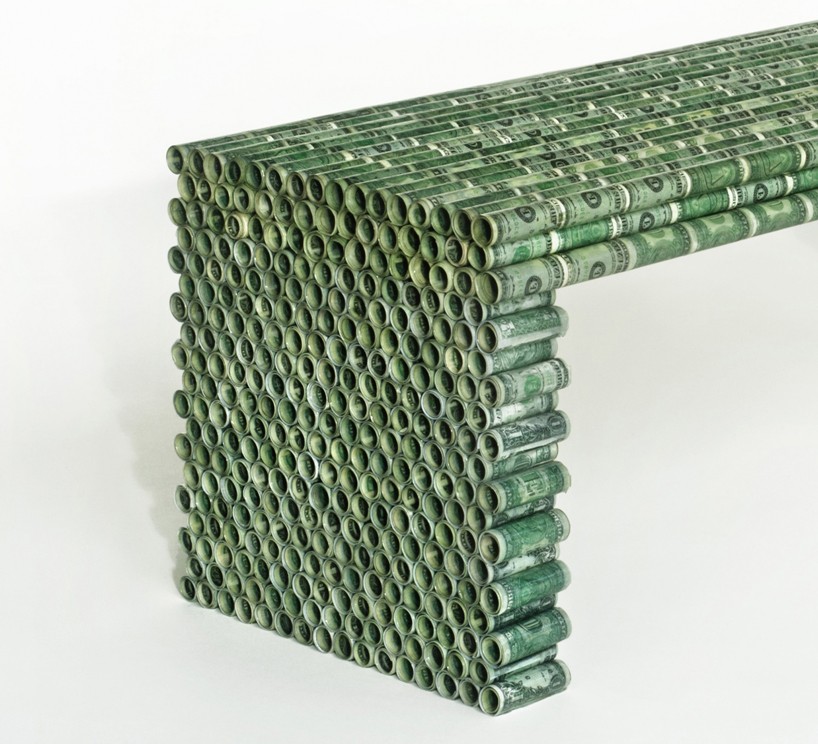 for the ‘recycled currency’ project rolf bruggink recast coins and notes using them as building blocks for his series of benches, dishes and other household items. by using these physical elements as materials the concept of money looses its monetary value and instead gains a practical and formal character in the form of an everyday object. due to the impractical nature of the furniture, the value of money becomes worthless, causing us to look at the idea of material cash as a symbol that we associate with security. 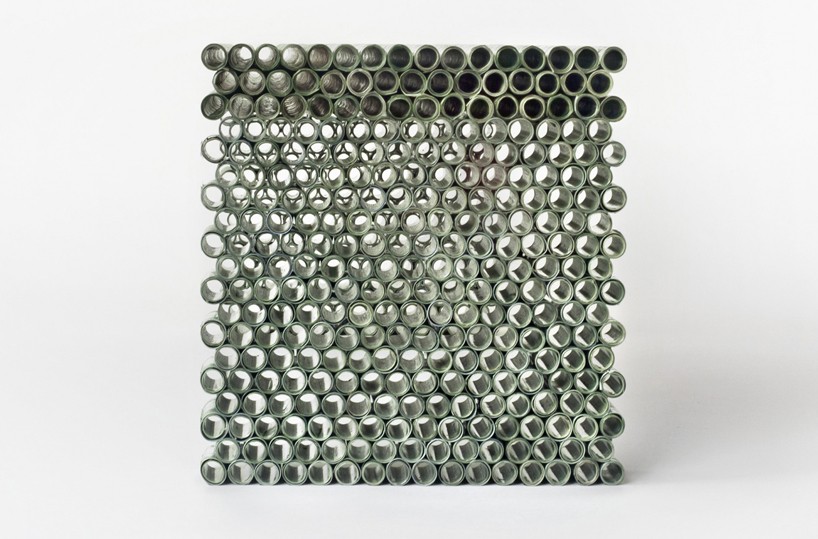 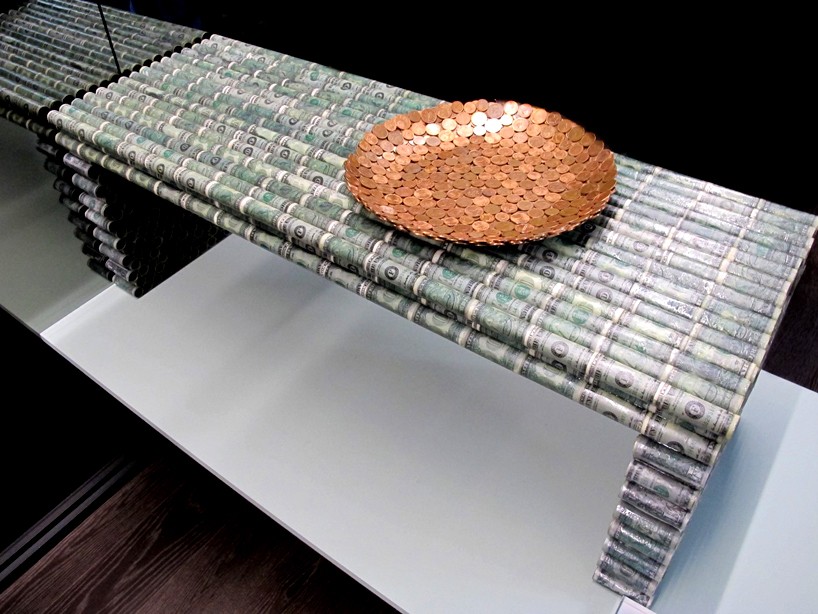 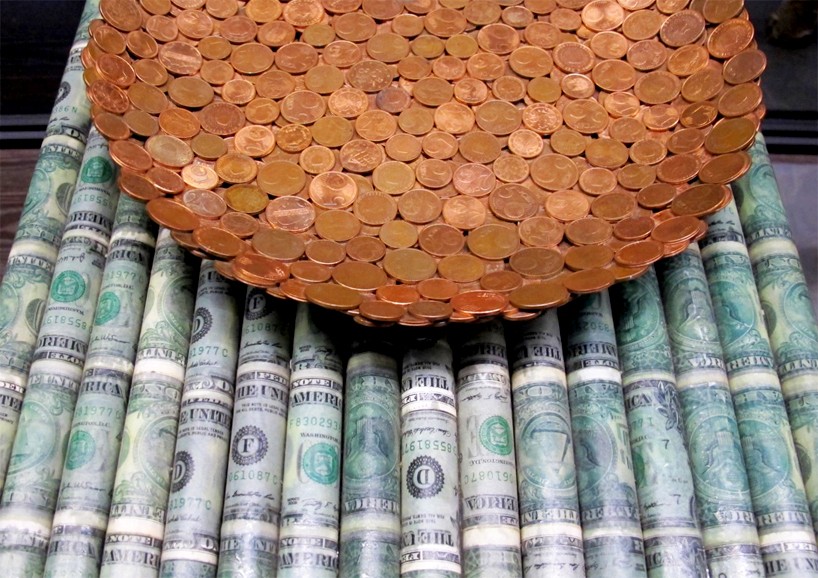 the bowl is made entirely from coins
image © designboom 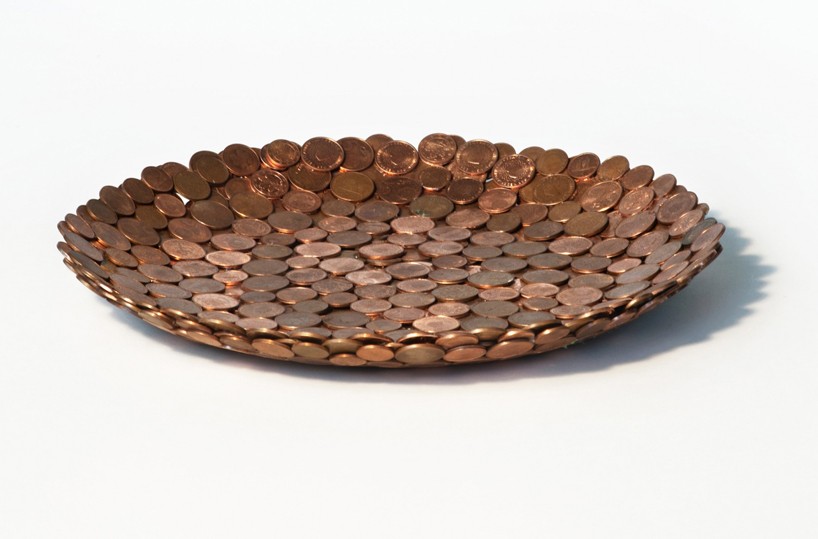 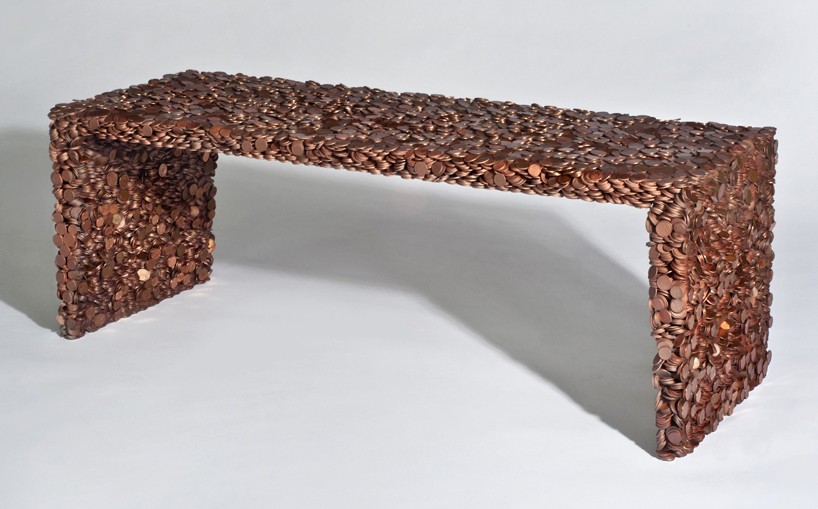 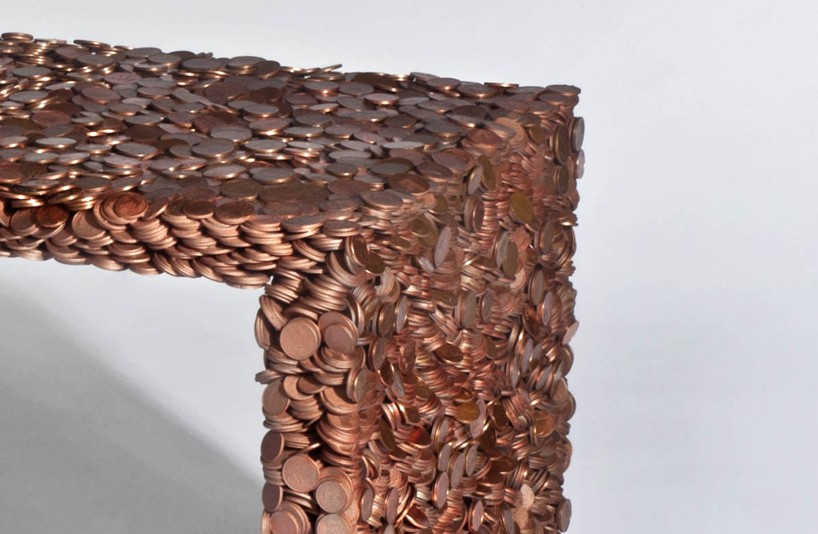