set over three rooms situated within studio giangaleazzo visconti, the installation focused on the primary physiological mechanisms of the human body, drawing particularly on the motion and sound of breathing, and the beating of the human heart, each space projecting its own distinct ambiance enhancing viewers’ senses. 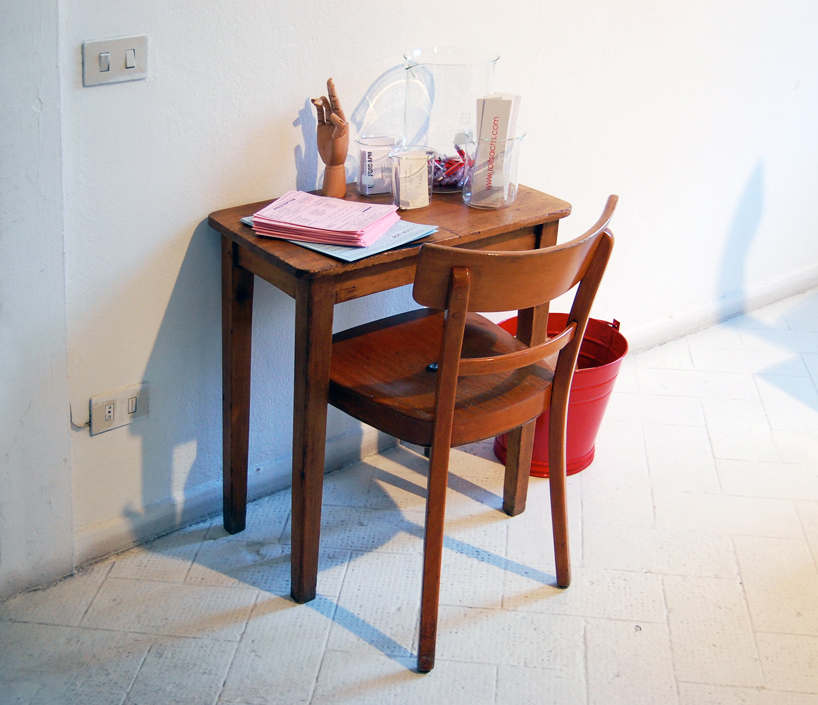 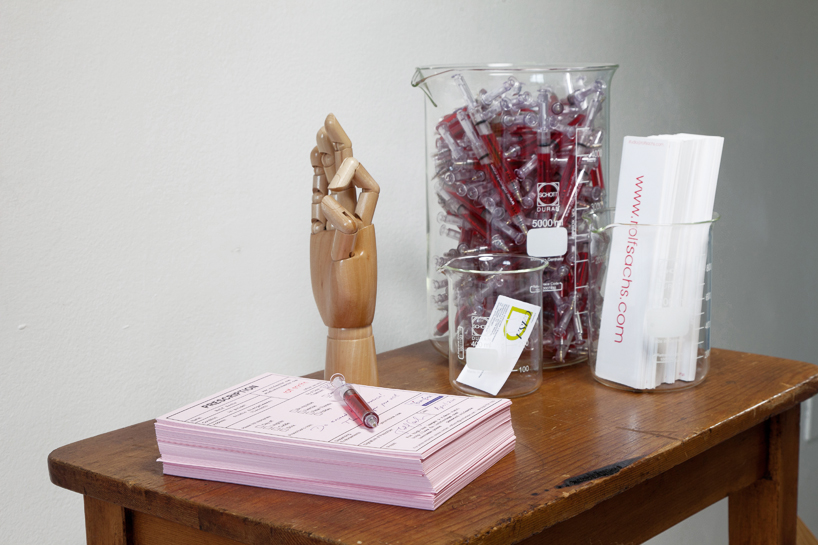 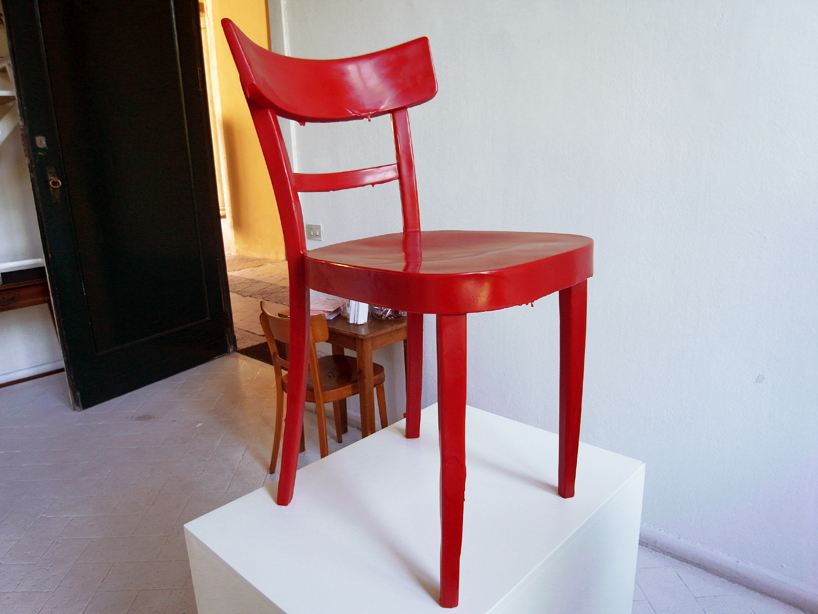 as one entered the first room, they were encountered by a red wax chair, placed in conversation with a classic mechanical metronome. here, the regular, metrical clicks of the metronome have been ‘tuned’ in order that they replicate the beat of the human heart, creating sub-layers to what is normally seen as an impersonal and mechanical object. the BPM (beats per minute) of the device, can be manually adjusted to replicate the entire spectrum of a human’s pulse rate at different states: tachycardia – overexcited, pounding or exercising; normal – walking or resting; and bradycardia – meditative. 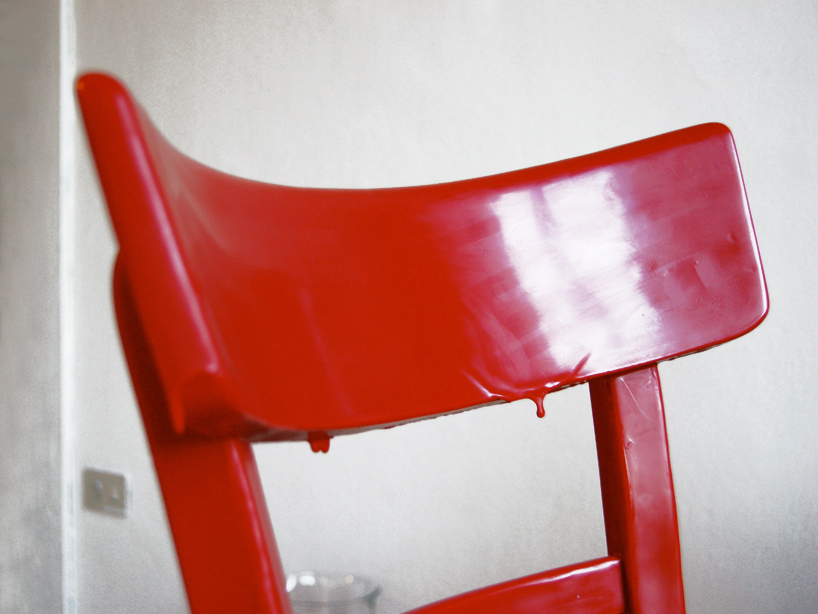 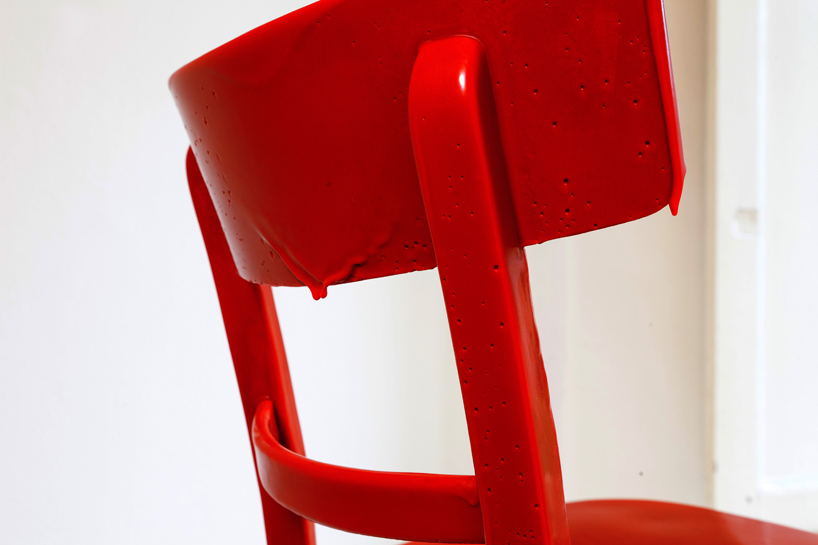 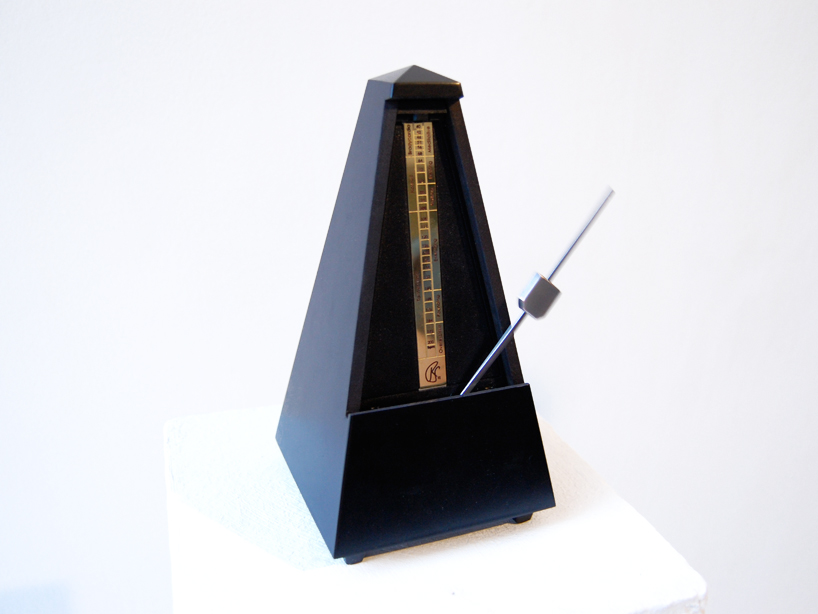 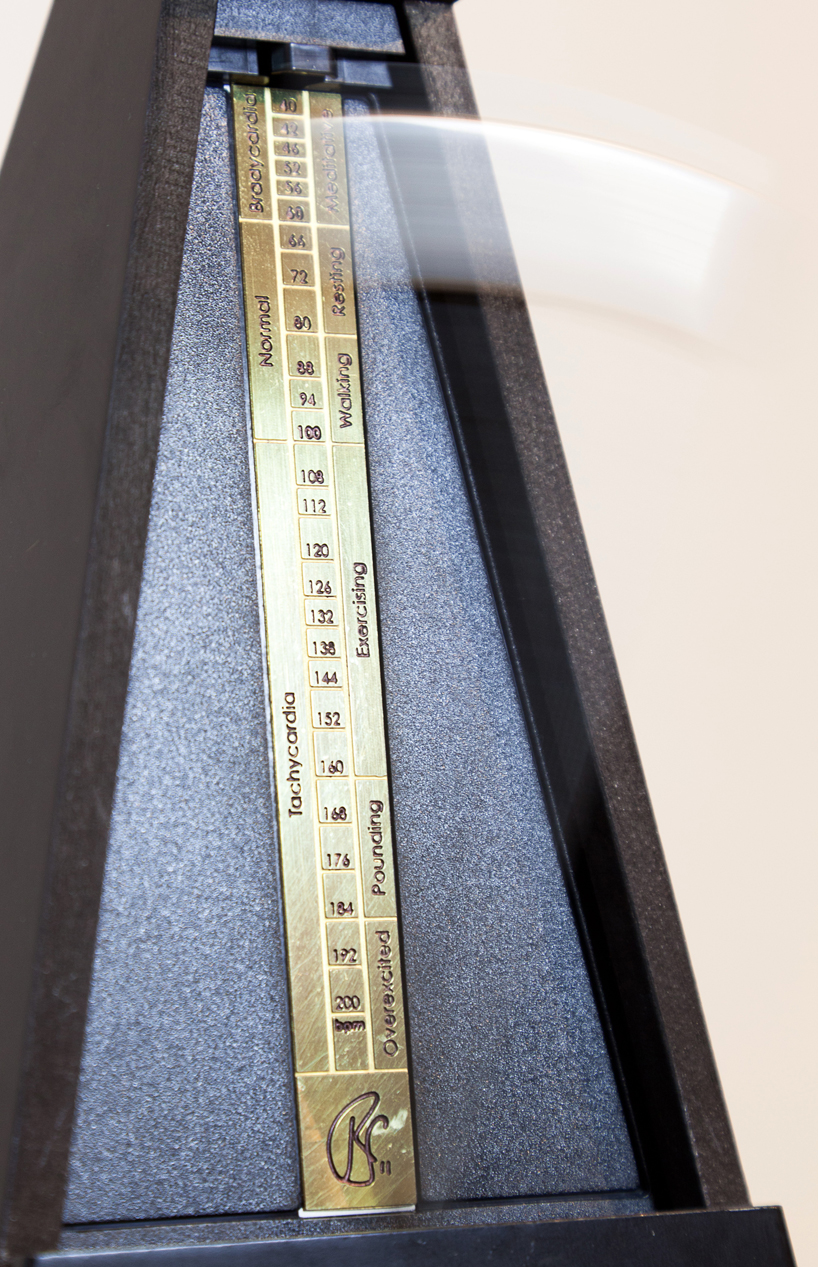 the BPM (beats per minute) of the metronome, can be manually adjusted to replicate the entire spectrum of a human’s pulse rate at different states: tachycardia – overexcited, pounding or exercising; normal – walking or resting; and bradycardia – meditative image courtesy of rolf sachs 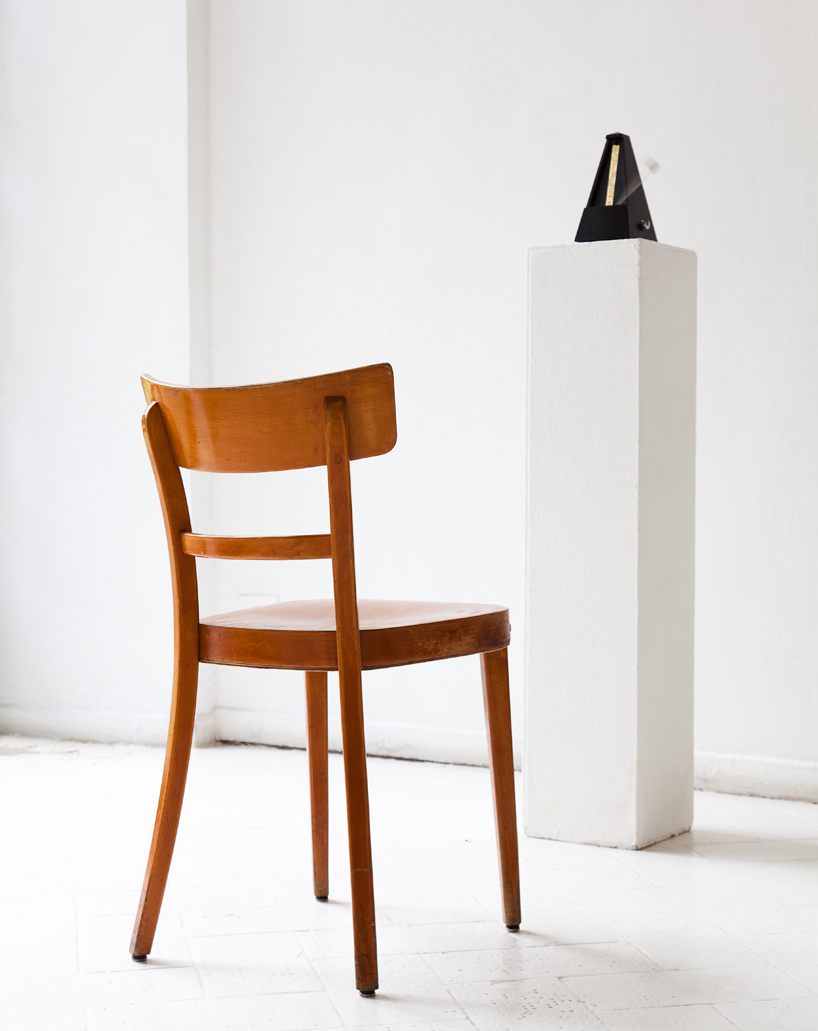 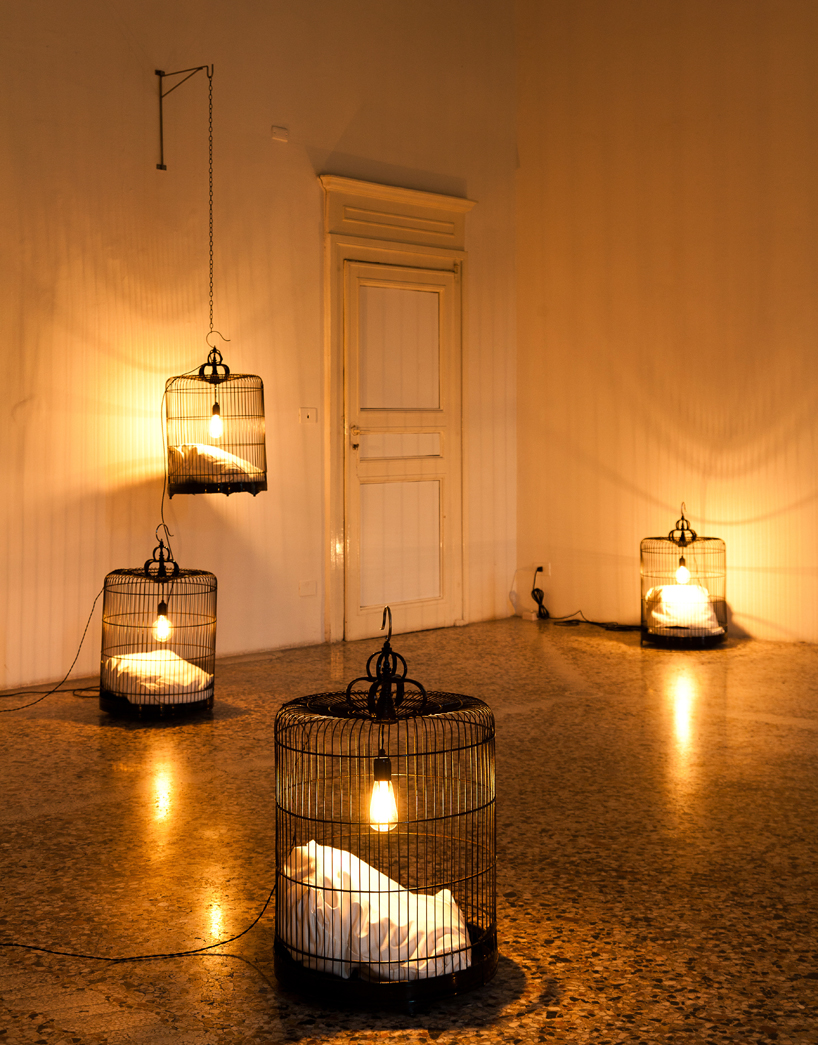 moving into the second room, one was greeted by a collection of surreal ‘chandeliers’ formed from be bird cages, each one housing a ‘breathing pillow’. what is typically a static mundane object, sachs has injected with life, giving it the ability to create the motion of a human ‘breathing’. each of these pillows are illuminated from above by a single incandescent bulb that contains a whispering window speaker concealed in its base. this echoes the faint sound of the individual breathing, accompanied by the rise and fall of the pillow. each of the pillows is numbered, indicating the type of person who’s breathing pattern is being emitted through the speaker, audible only in close proximity, encouraging viewers to engage with the chandeliers. 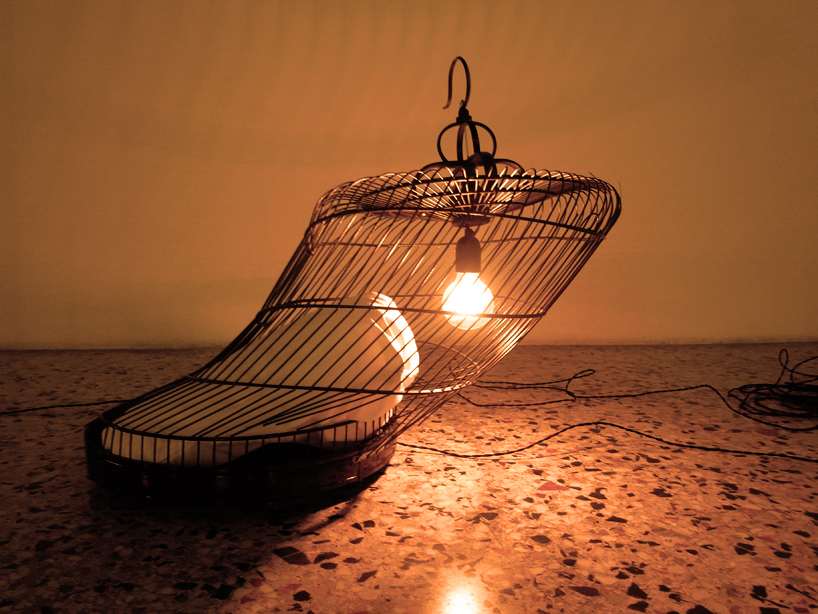 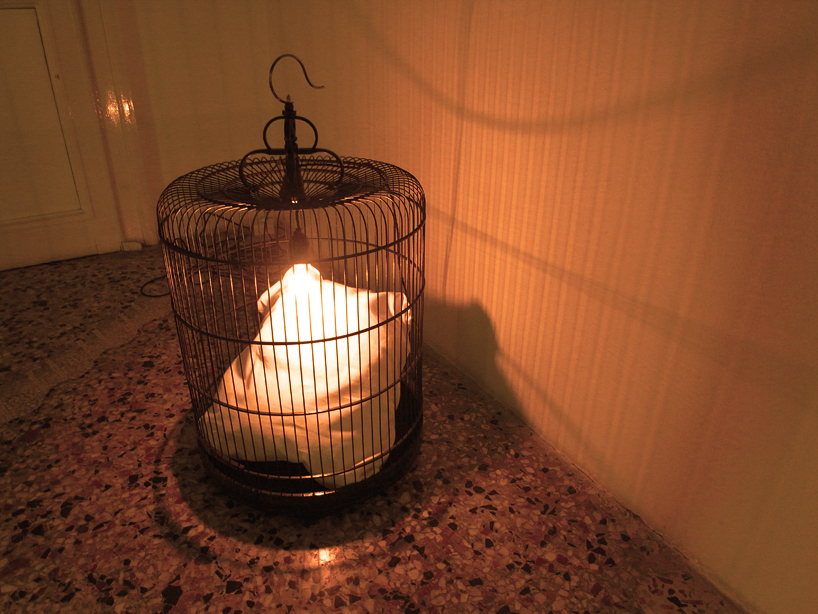 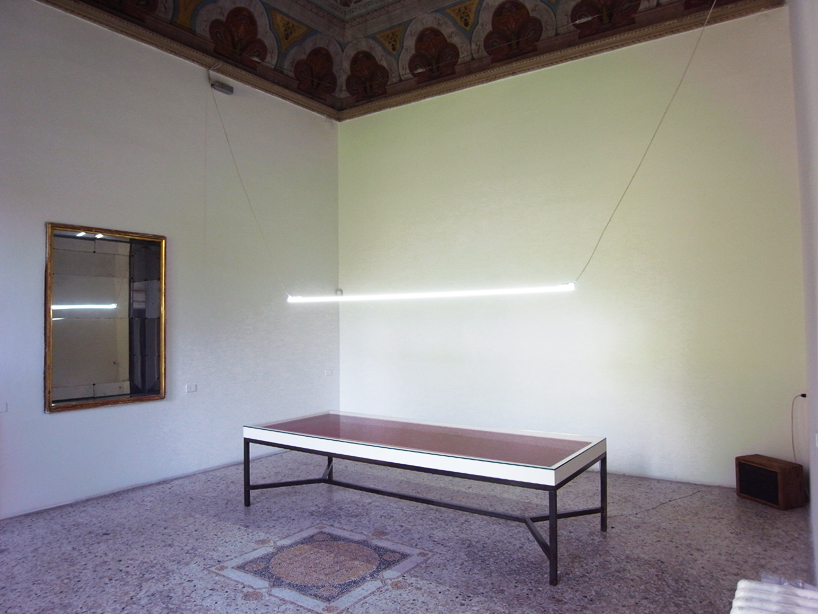 ‘on the pulse table’ image © designboom

within the third room, the ‘on the pulse table’ is displayed, filled with pigmented mineral oil, which results in a tranquil, red, glossy, mirror surface. ‘beating’ signals are sent to a speaker installed below the table recreating the rhythm of a human heart. the calmness of the oil surface is interrupted by the ripple effect of this ‘mechanical heartbeat’, animating the object. 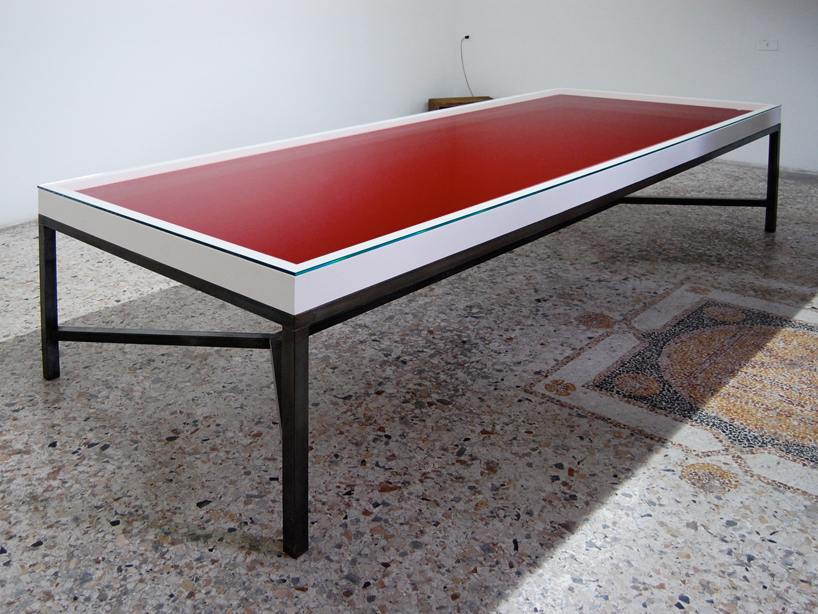 ‘on the pulse table’ image © designboom